‘Battle Of The Bands’ Is Coming Back Soon

The popular TV show, ‘Battle Of The Bands’ is returning soon after fifteen years. The show that has produced two famous bands of the country that are ‘EP’ and ‘Aaroh’.

The official social media page welcomed registrations for new bands 2 months ago and there is no official news from them since then. However, lately Mahira Khan and Meesha Shafi have tweeted about the show as follows: 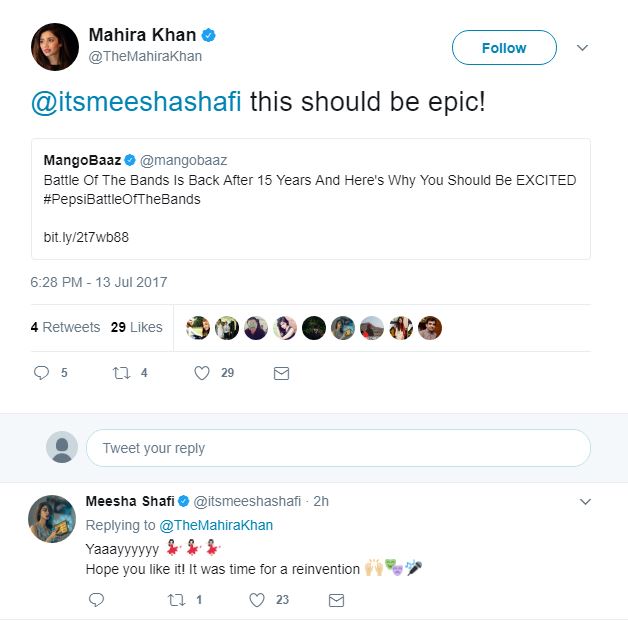 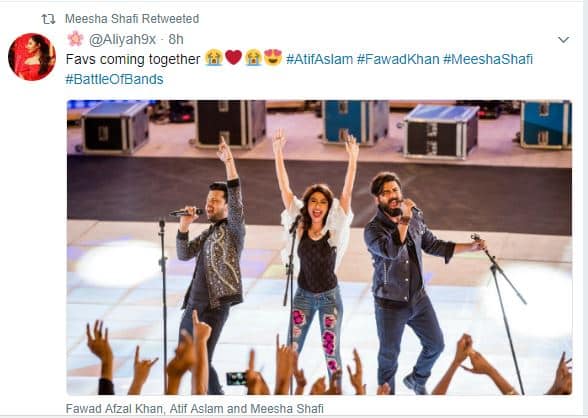 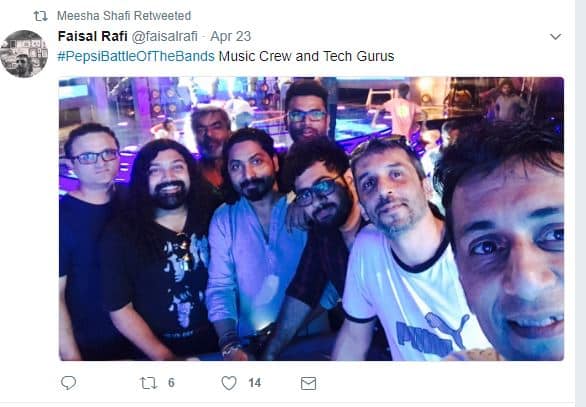 There is also a speculation that Meesha Shafi, Fawad Khan and Atif Aslam would be collaborating on the show and Meesha’s several retweets also confirm it. There is also a news that Shahzad Hasan will be in the judges panel again. However, there is no official news available about the event yet.