Beautiful Bridal Look of Hira Mani from her Latest Shoot

Hira Mani is a former VJ, host and now performing brilliantly in acting. Hira made her acting debut with her husband Mani in Ary Digital’s Meri Teri Kahani back in 2012. Hira Mani has done a number of plays and gained popularity from her brilliant and versatile acting and blandishments. She has played the roles of Shagufta Shehzadi in Preet Naa Karyo Koi, Roshanay in Sun Yara, Gaiti in Yaqeen Ka Safar, Tamkinat in Dil Mom Ka Diya, Tehmina in Angaan and many others. Hira Mani gained critical acclaim from portraying Gaiti Ara in drama serial Do Bol which was a massive hit. Hira Mani is currently starring in Meray Pass Tum Ho as Hania as second leading lady of the play, she is also playing the character of Zaira in Ghalti who is the leading lady of the play, against Affan Waheed, the popular duo of Do Bol. Hira Mani is also seen in Mohabbat na Kario as Zara against Junaid khan, currently airing on Geo Entertainment.  Hira Mani married actor Salman Saqib Sheikh aka Mani. Hira and Mani have two sons Muzammil and Ibrahim. From a couple of years Hira Mani is actively taking part in modeling and seen walking on the ramp for designers and also doing photo shoots. Recently a few pictures from Hira Mani’s latest bridal photo shoot are out and we cannot stop loving them.

Let’s have a look how jaw dropping gorgeous Hira is looking in this bridal look: 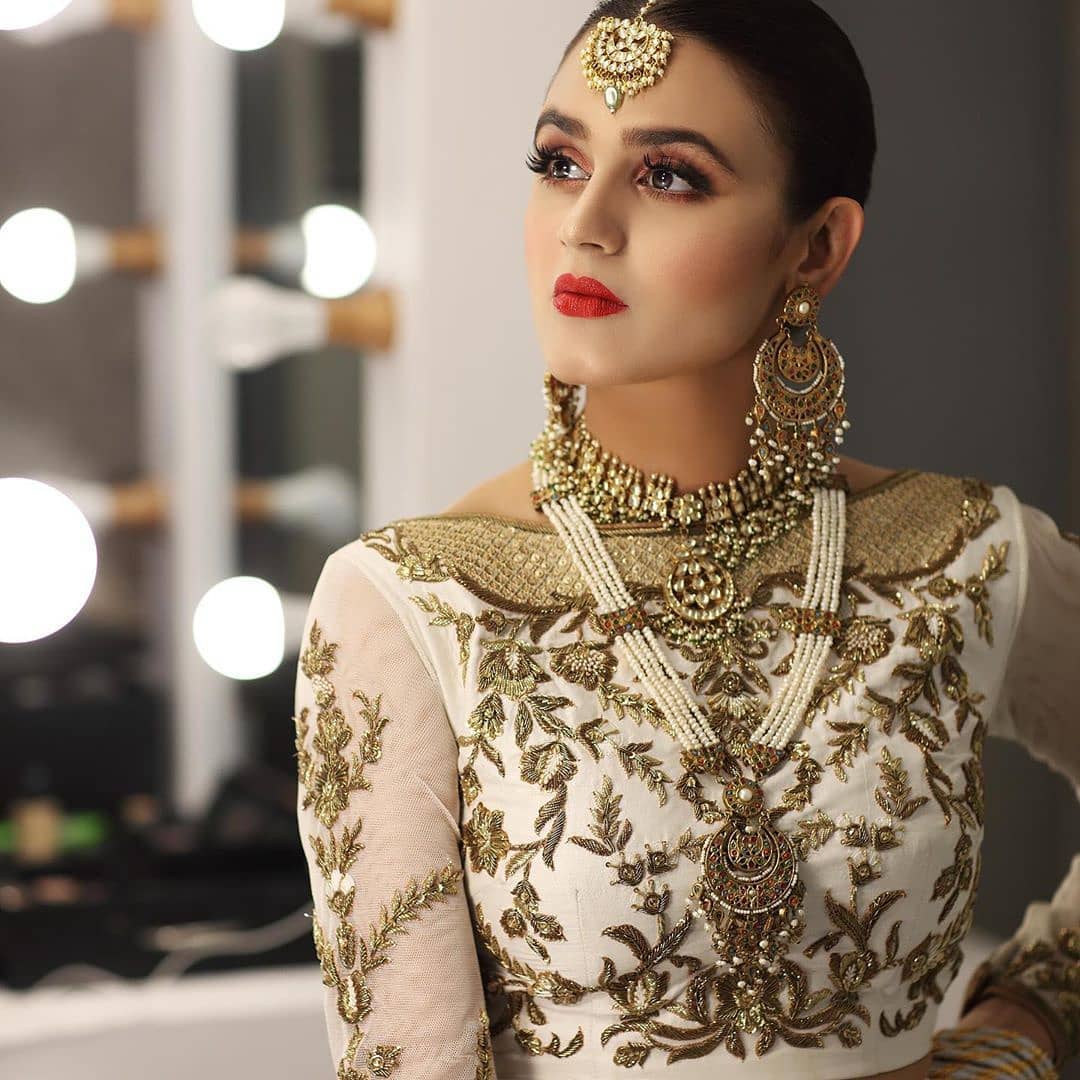 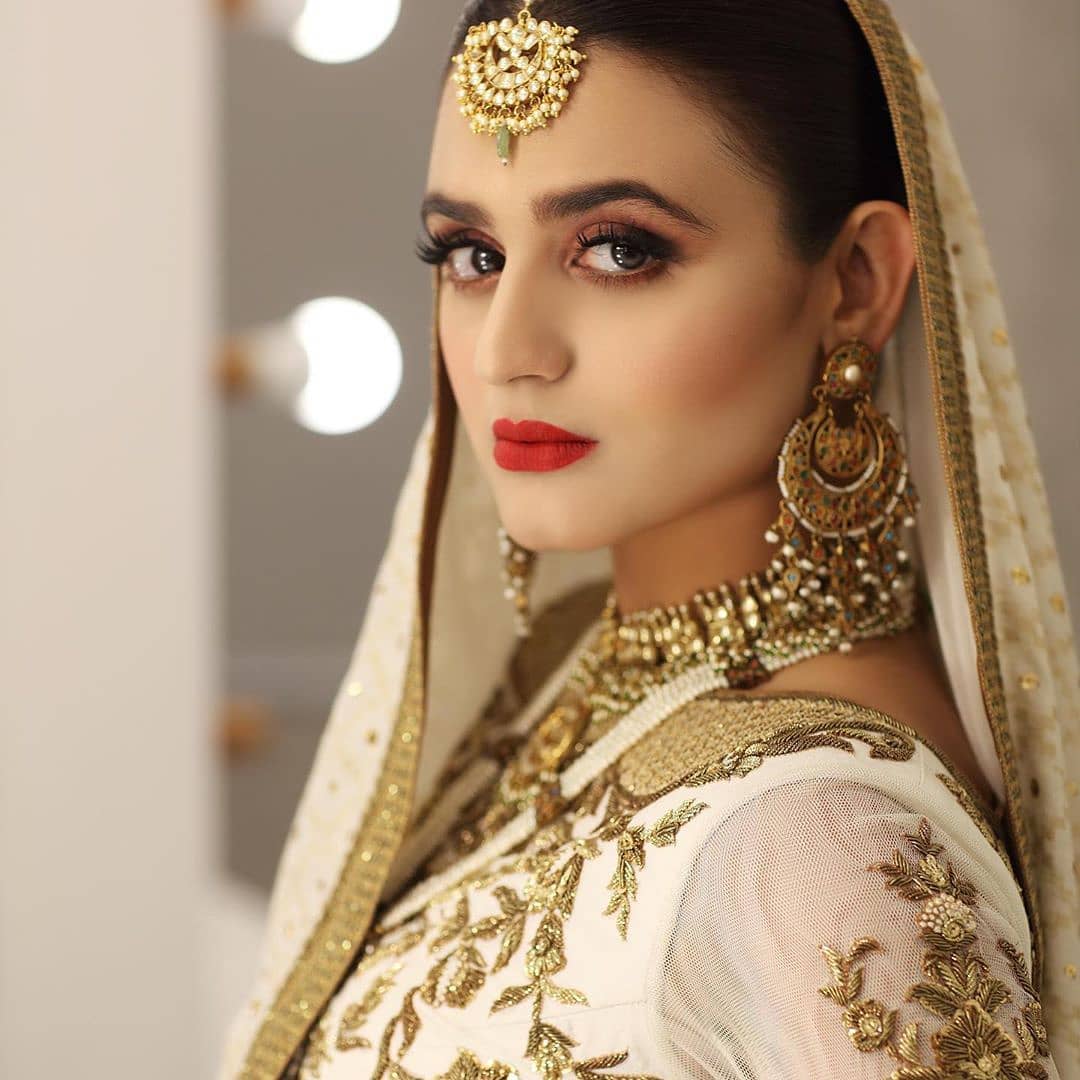 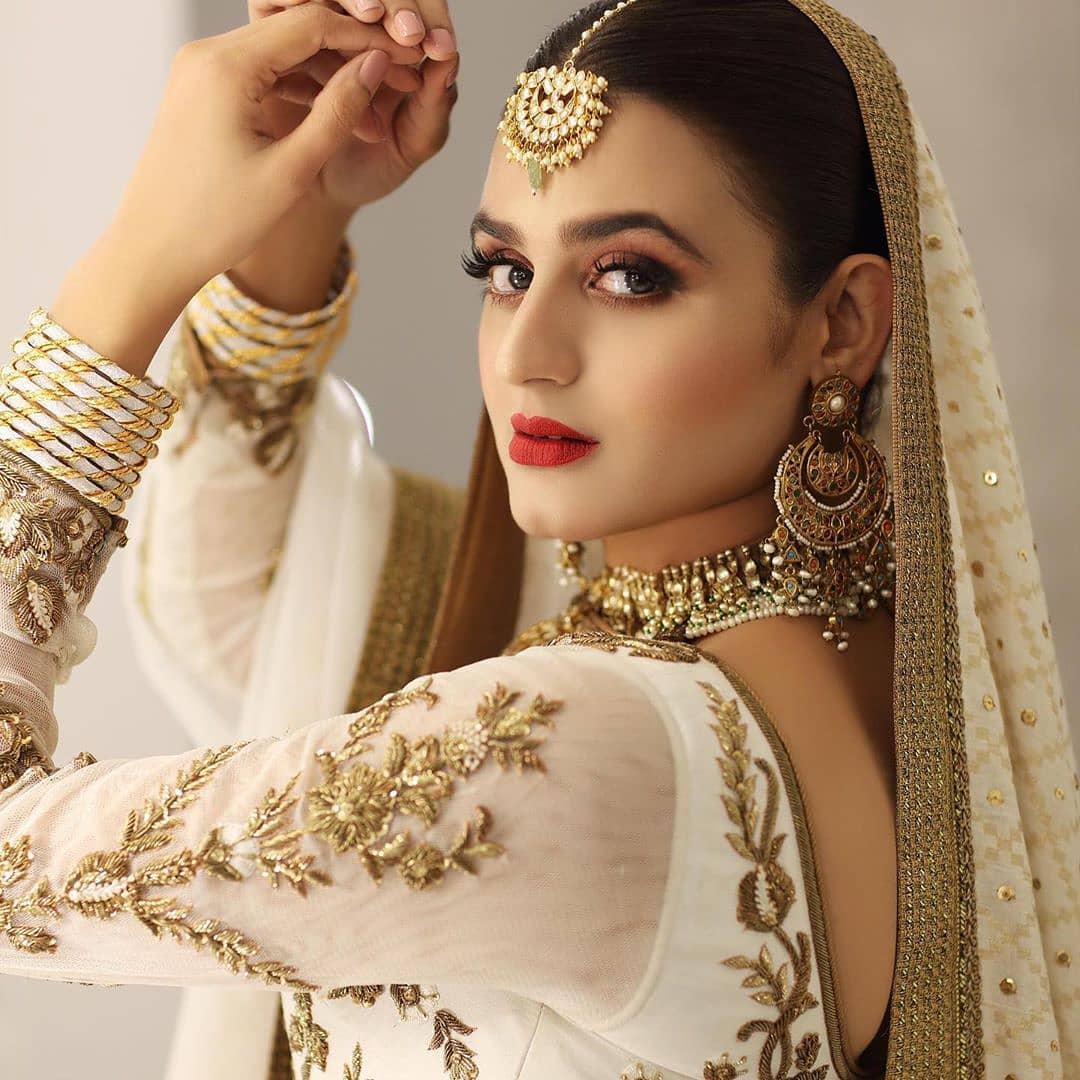 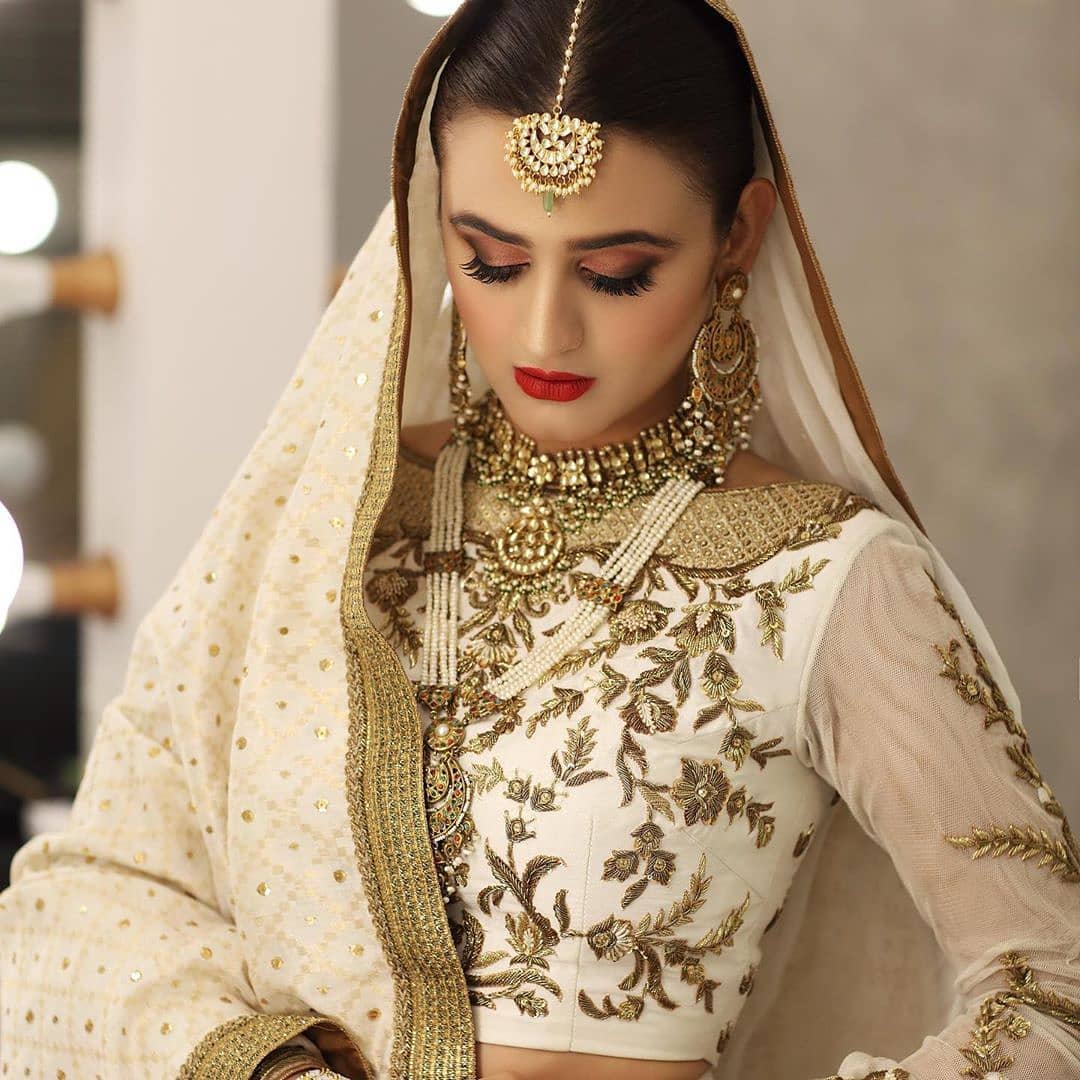 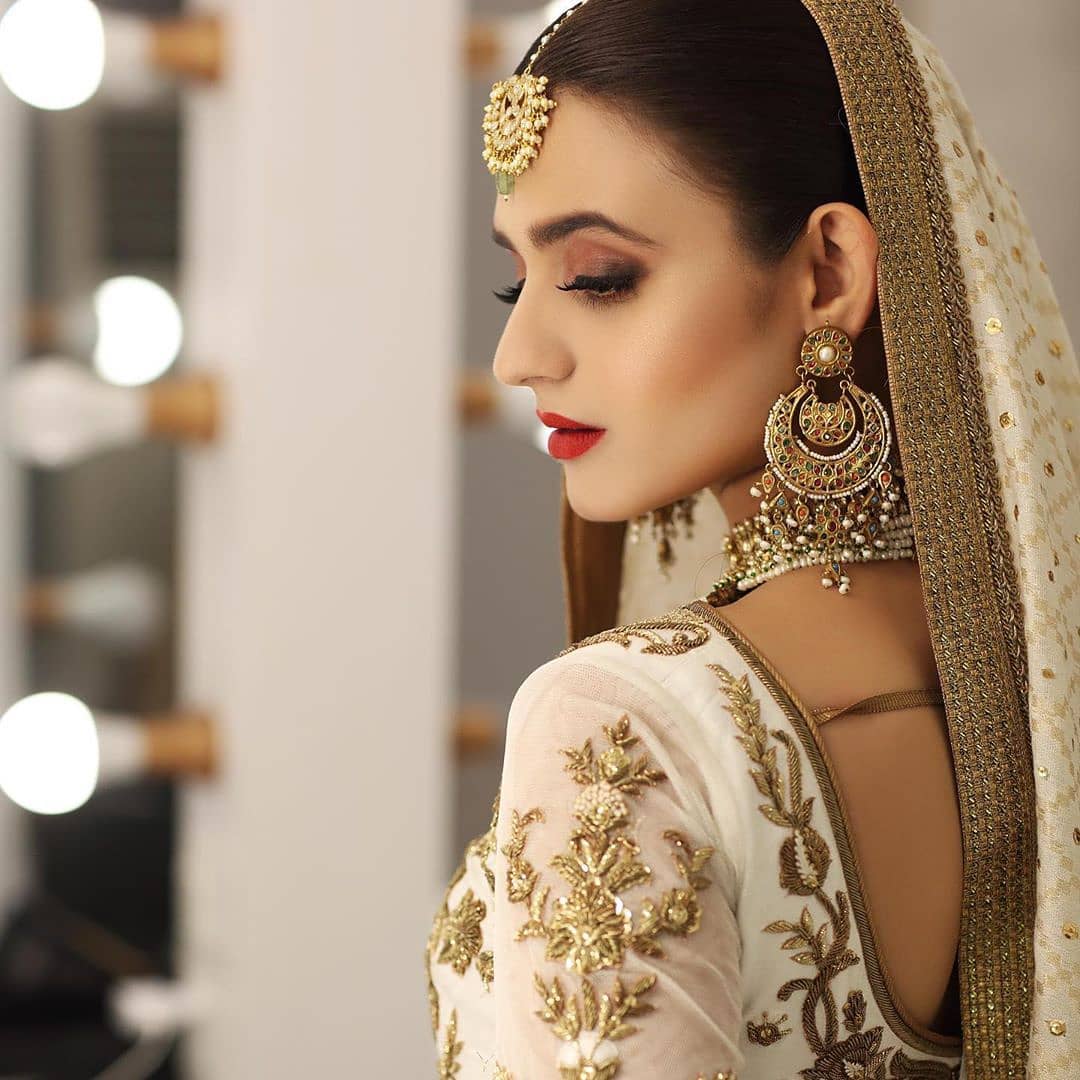 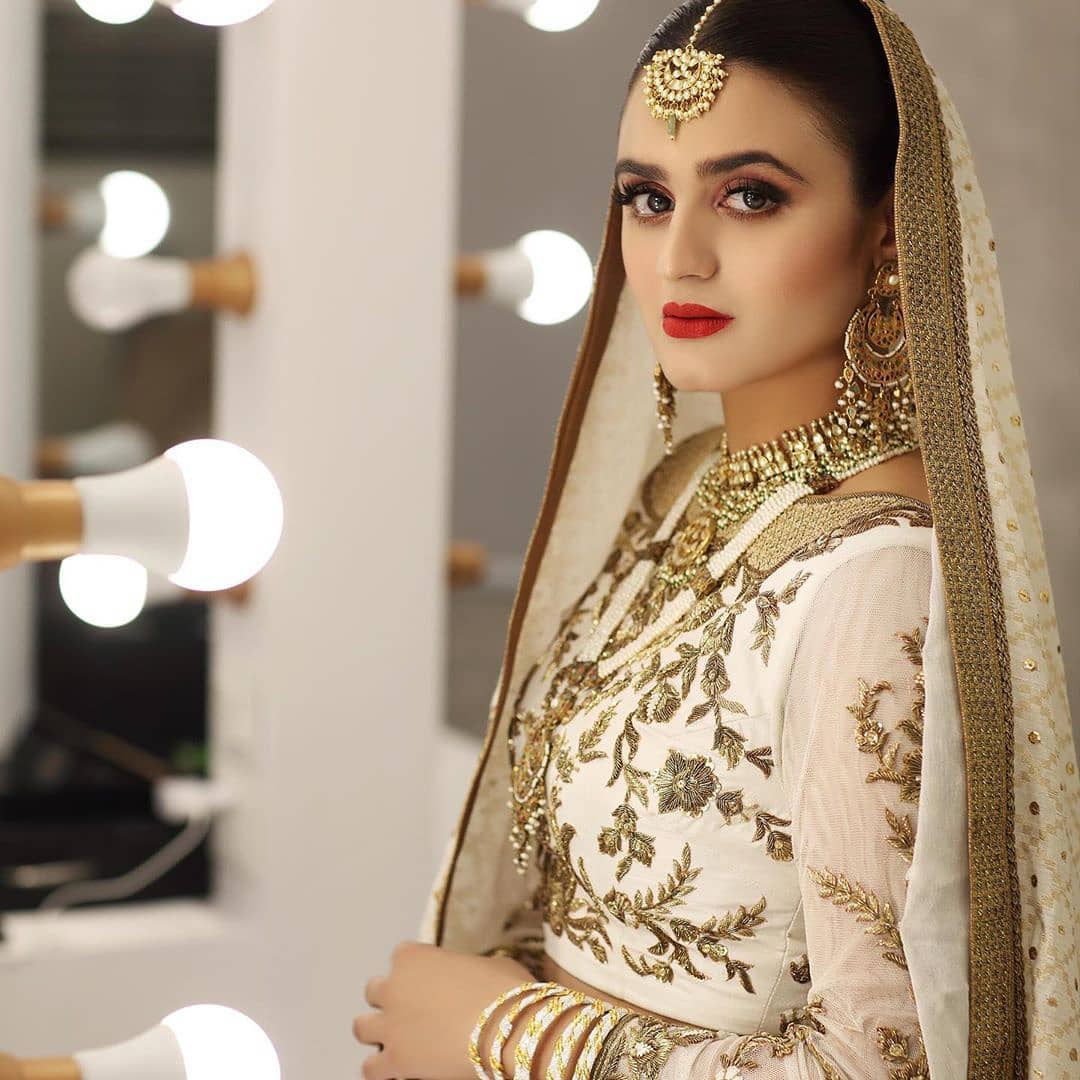 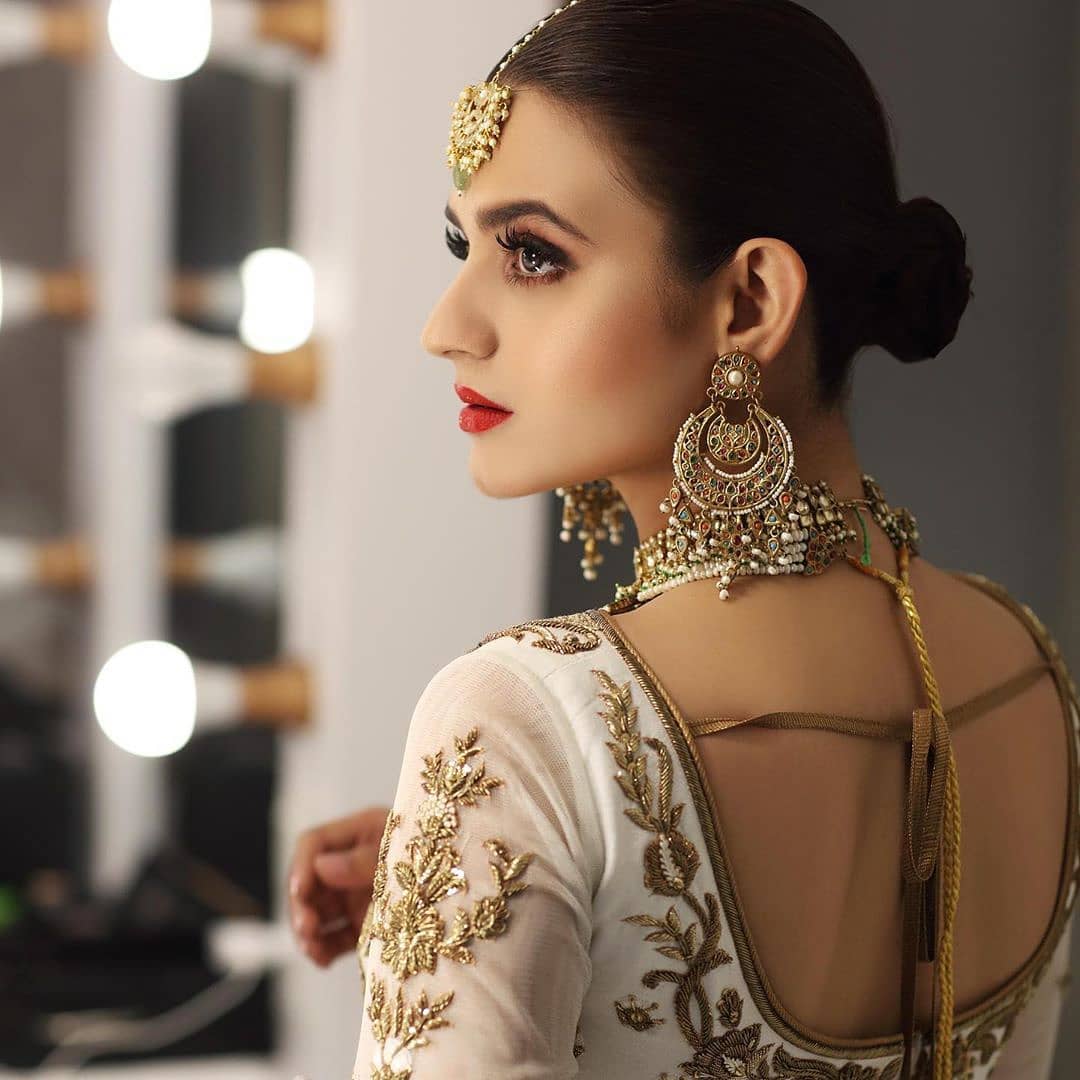 Share your thoughts about the bridal look of Hira Mani in comments section!