Anmol Baloch is an emerging actress of Pakistan Showbiz. Anmol Baloch made her debut with drama serial Kambakhat Tano. It is just the start of her career and she is mostly seen playing the supporting characters on screen. She has played supporting roles in some other dramas as well including Bedardi Sayan and Jalti Barish. She is also playing supporting Character in drama serial Dewar-e-Shab against Shehroz Sabzwari the drama is currently airing on Hum TV. Anmol Baloch appeared in lead role in a soap named Aik Larki Aam Si against Babar Khan. Like all other actresses of Pakistan Media Industry Anmol Baloch is also very trendy and she knows the importance of social media and have thousands of followers on Instagram. Anmol Baloch keeps sharing her pictures with her fans through social media. Celebrities under going bridal shoots are a very much common thing now a days. We frequently see pictures of different celebrities’ bridal photo shoots. Here we have pictures from the bridal photo shoot of Anmol Baloch. 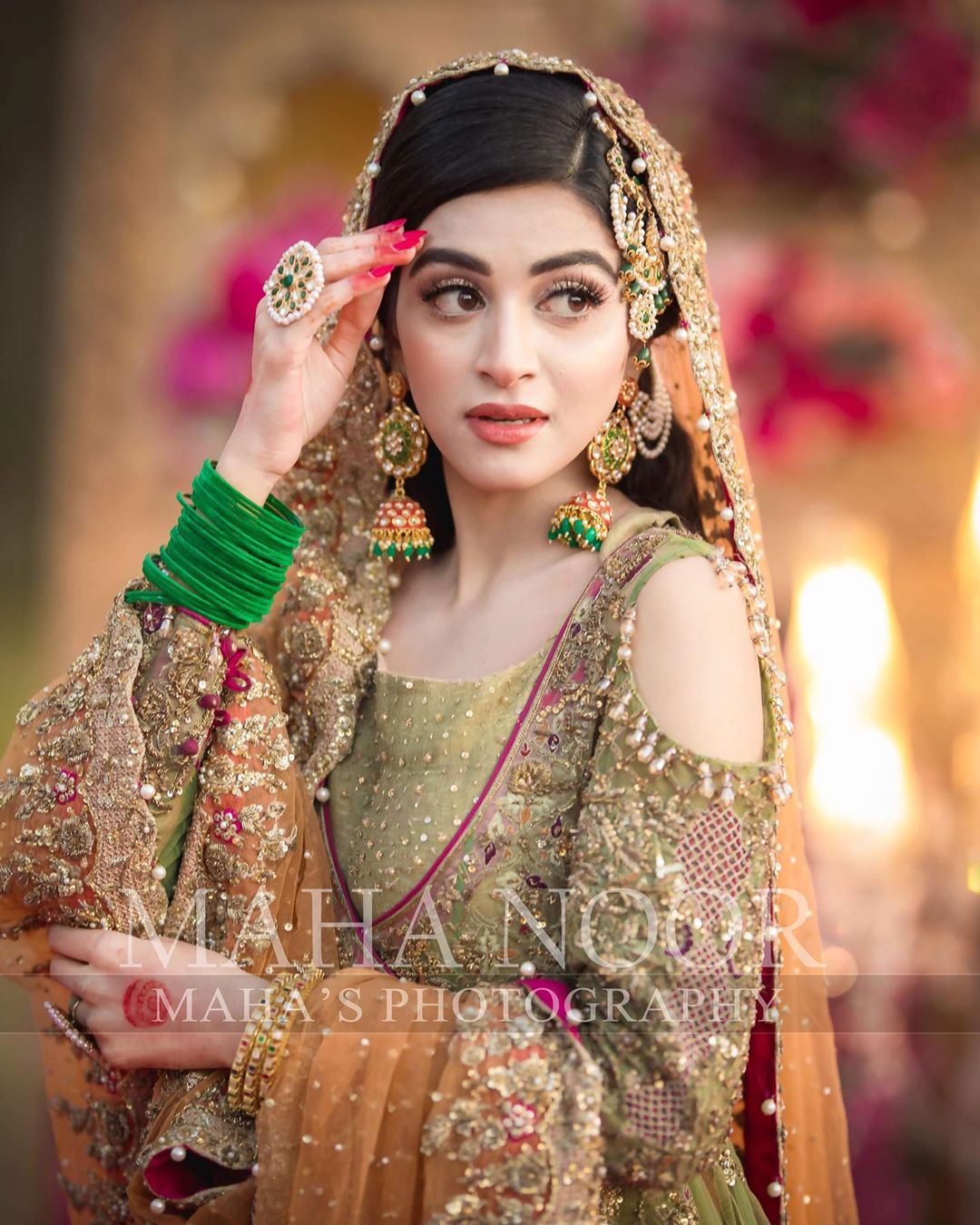 Anmol Baloch is wearing this absolutely stunning dress from Samsara Clothing. Her makeup is perfectly done by makeup artist Moshaz. 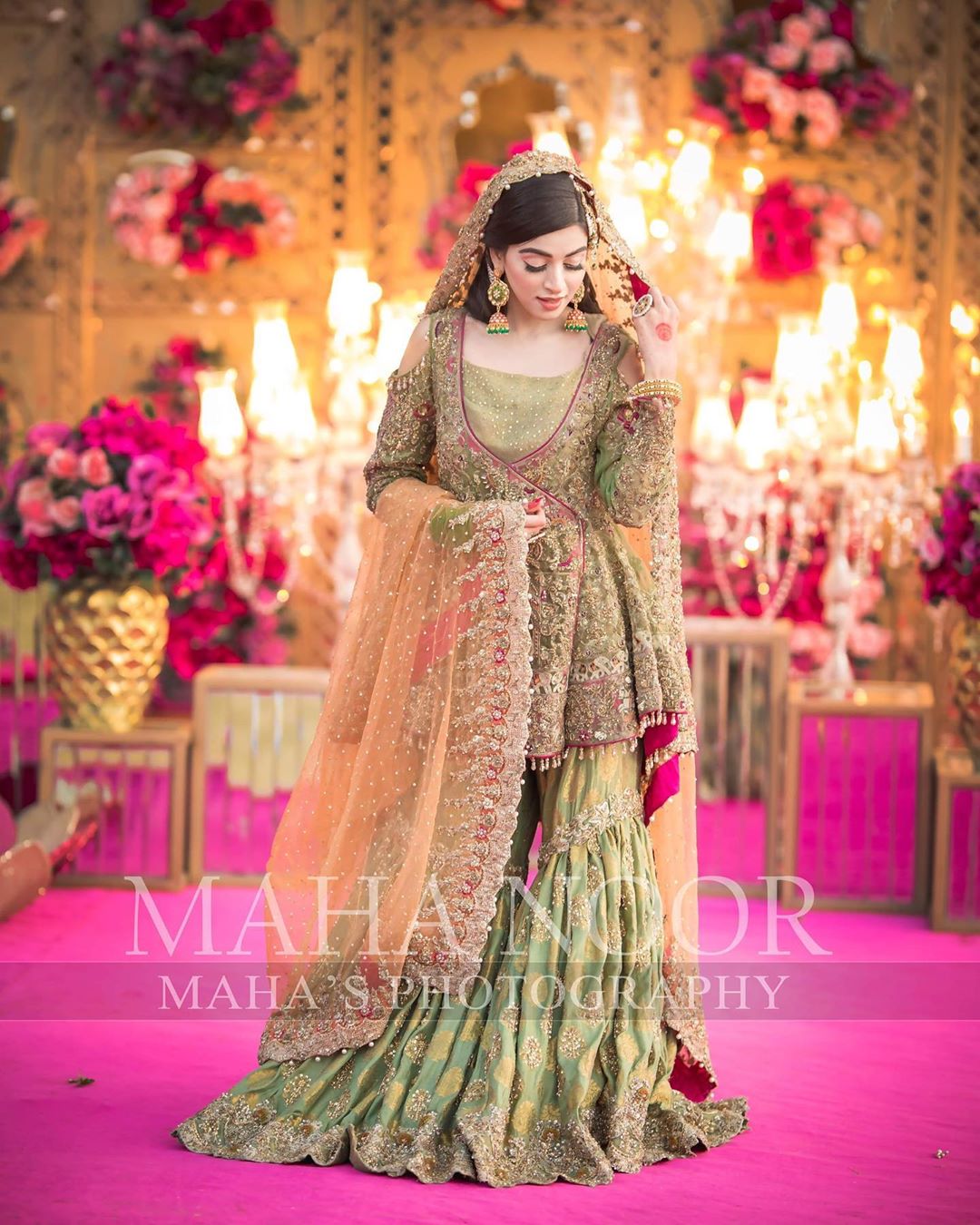 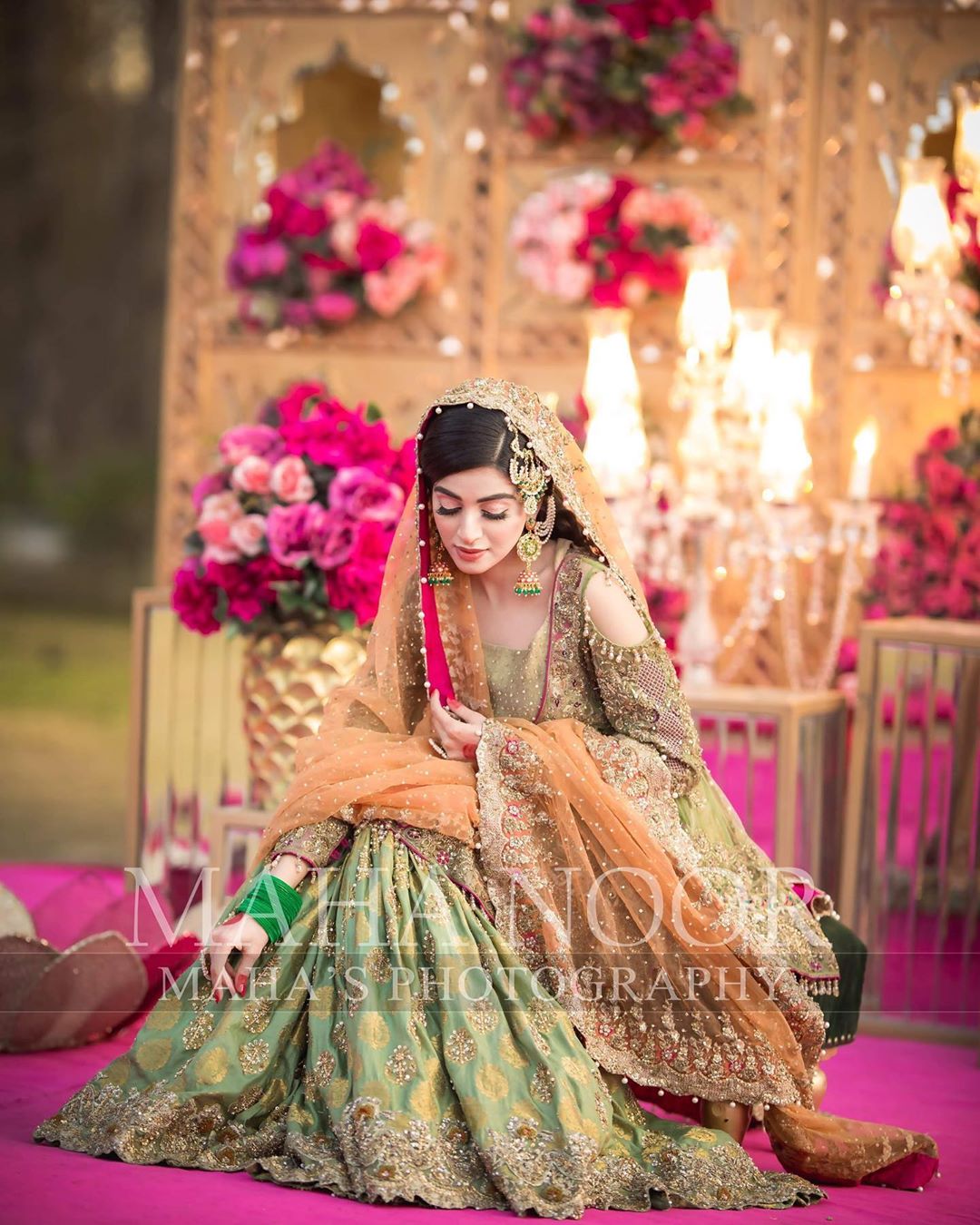 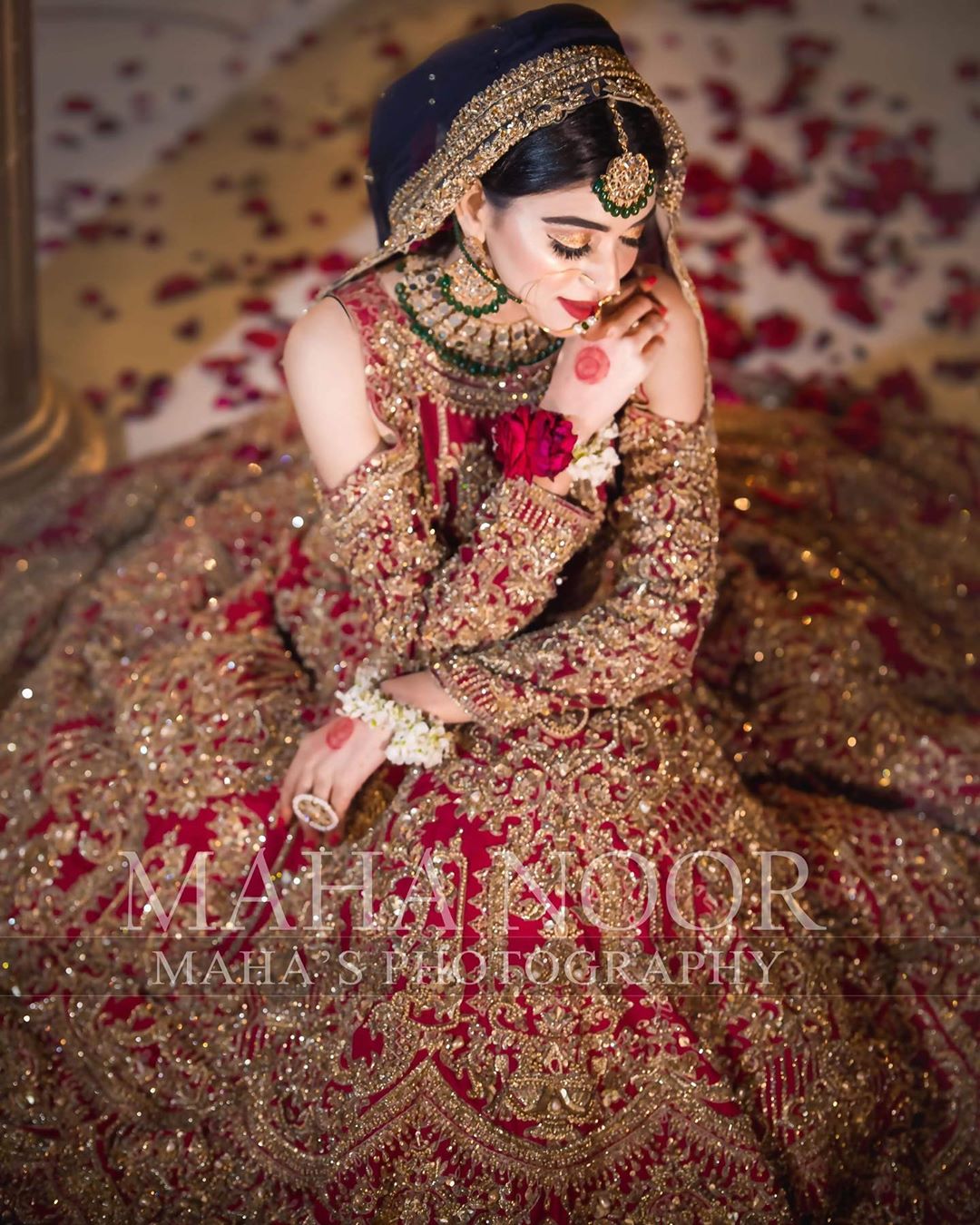 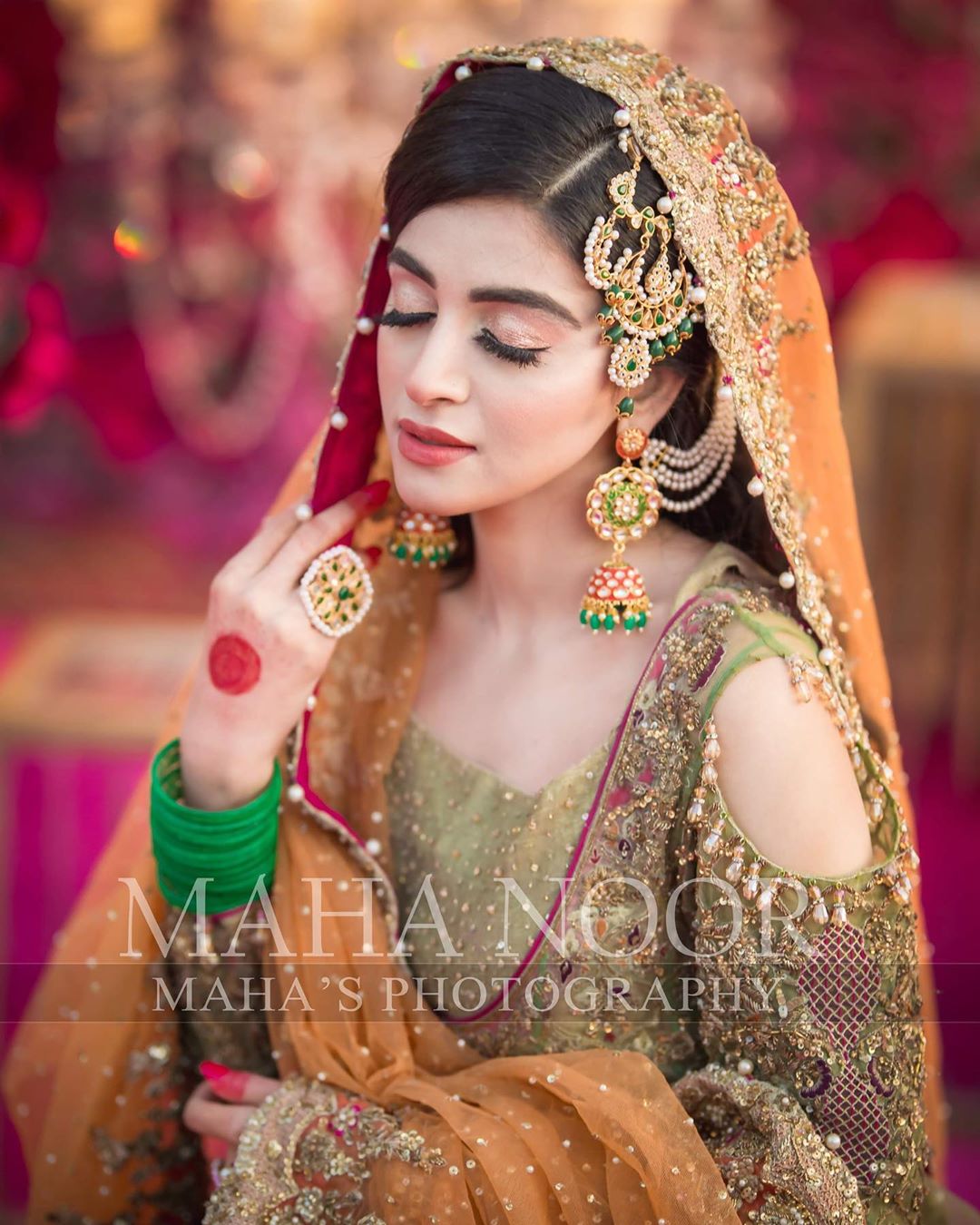 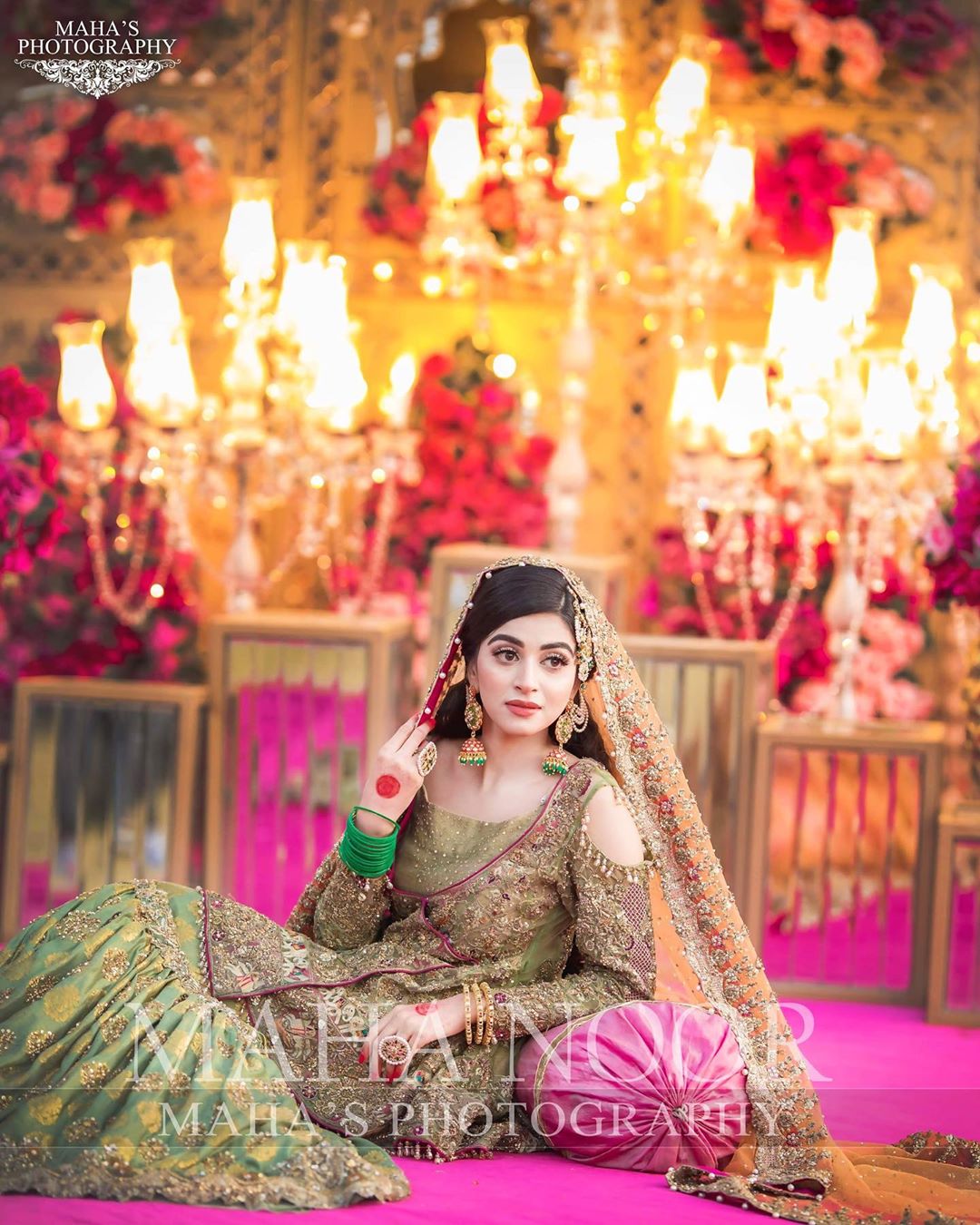 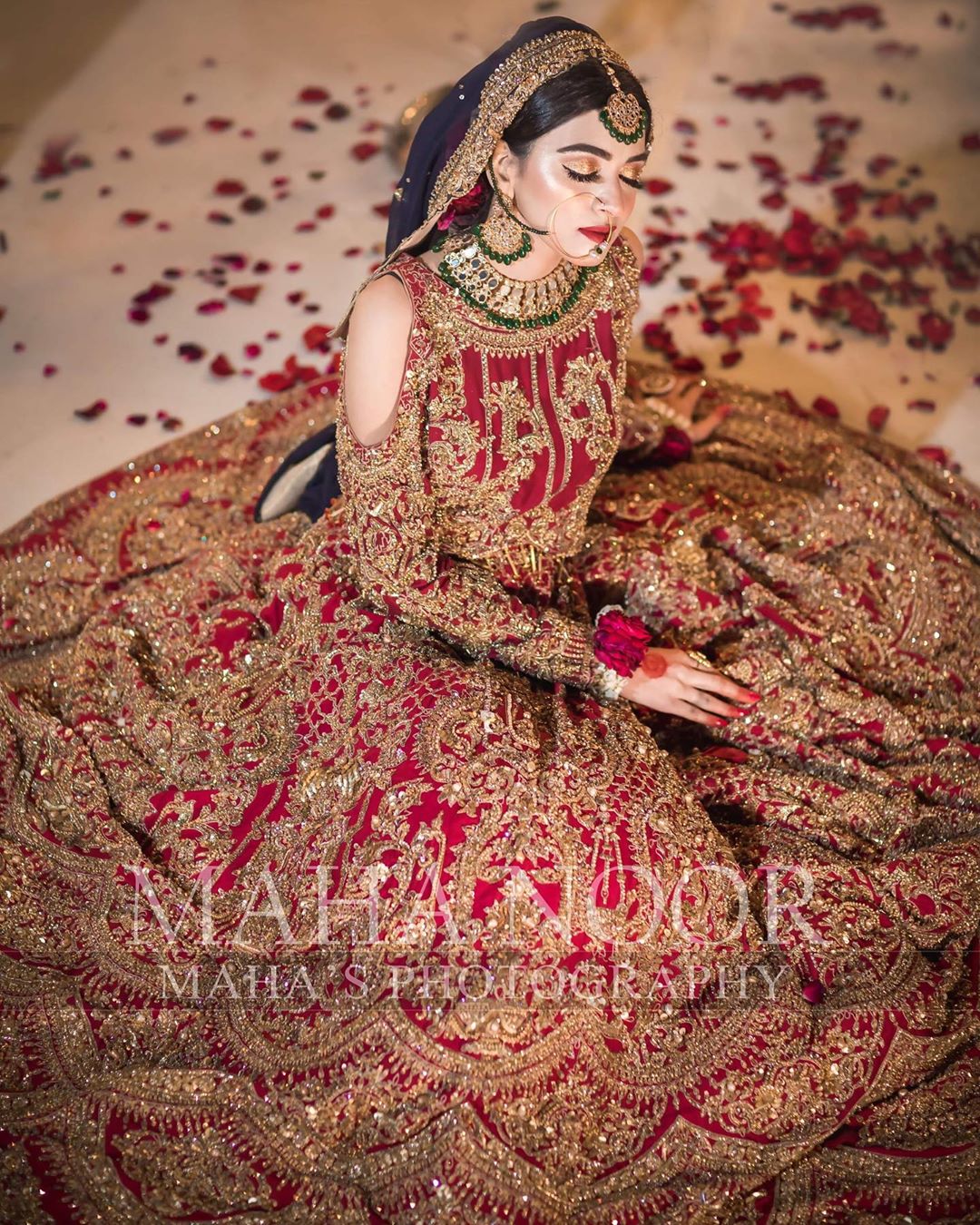 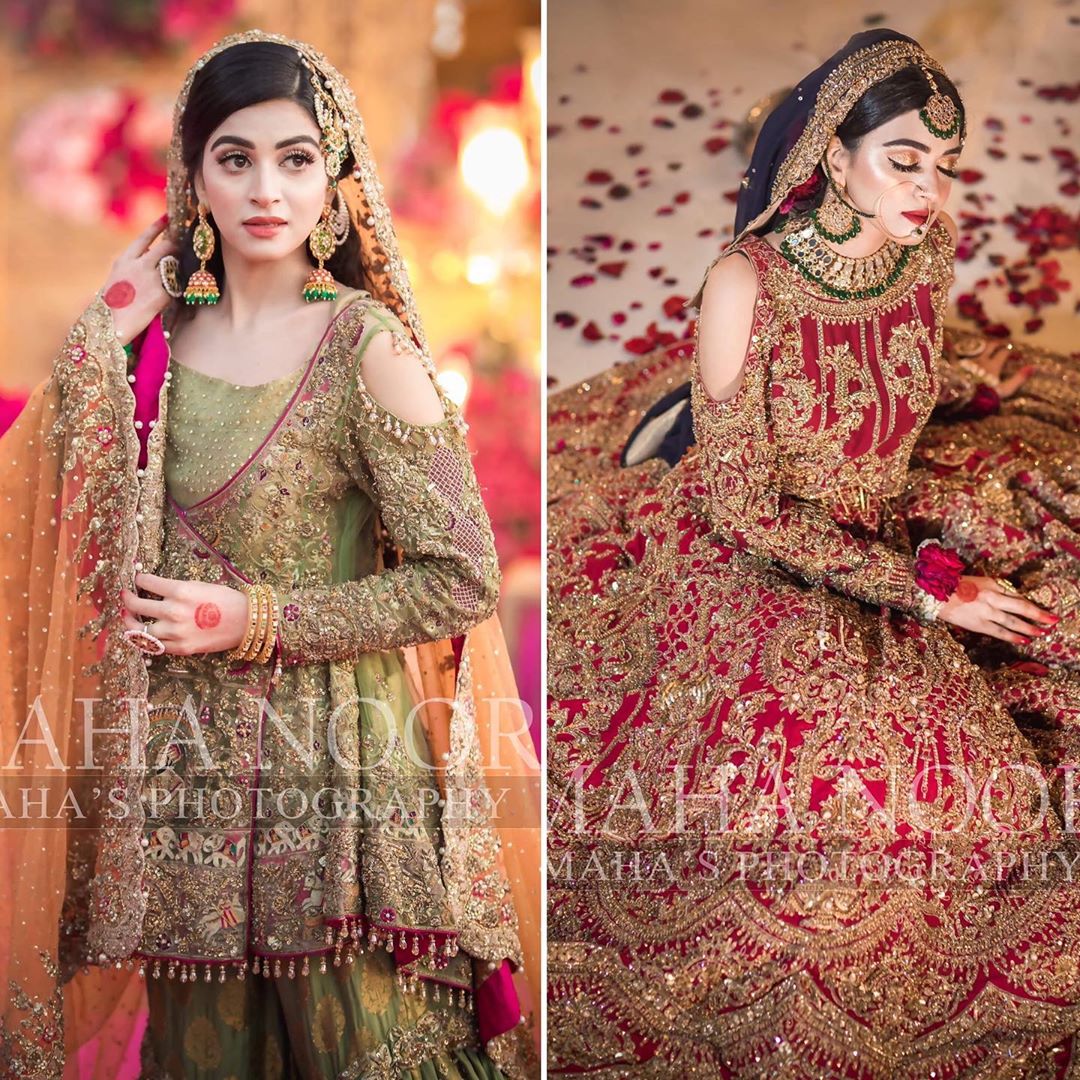 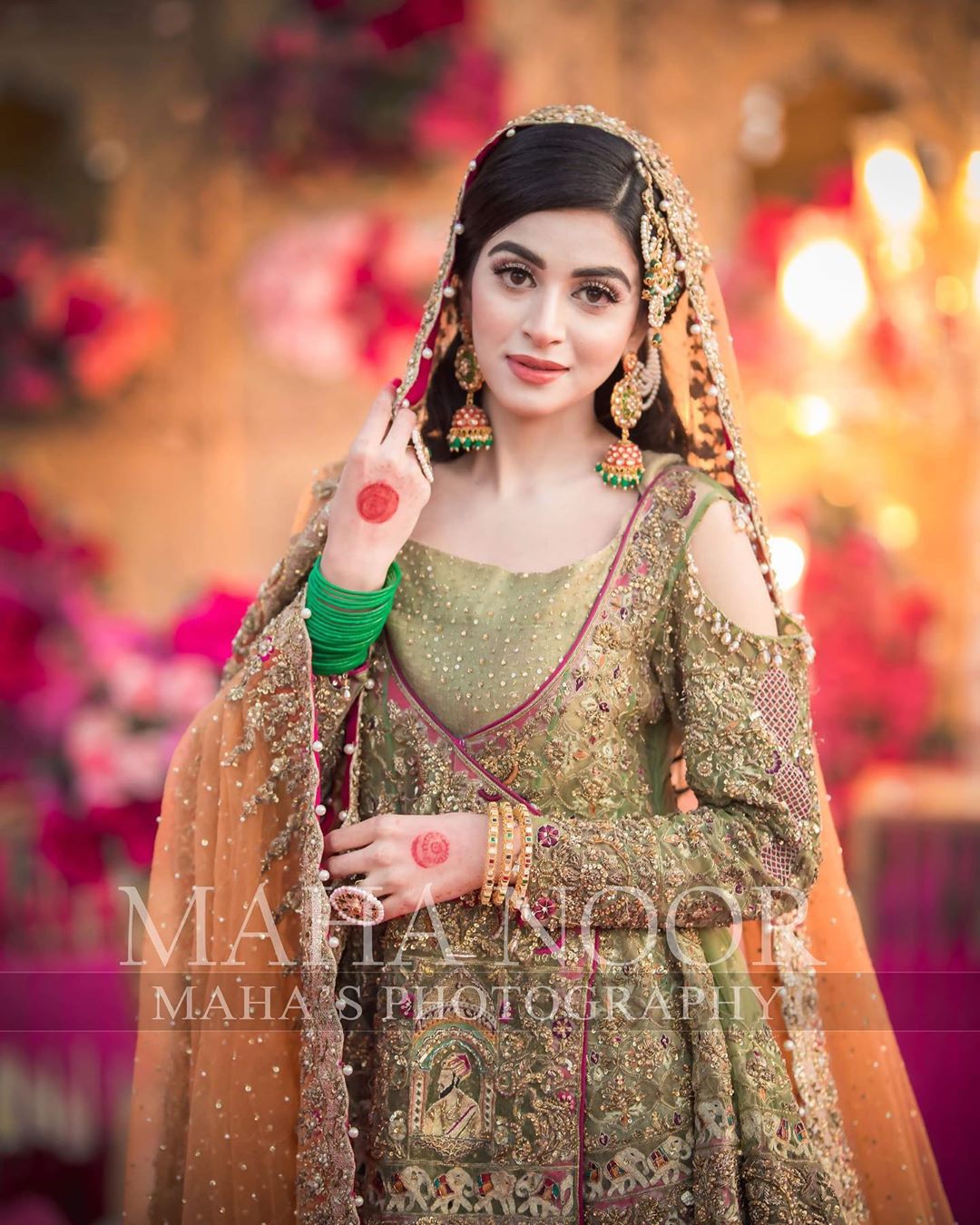 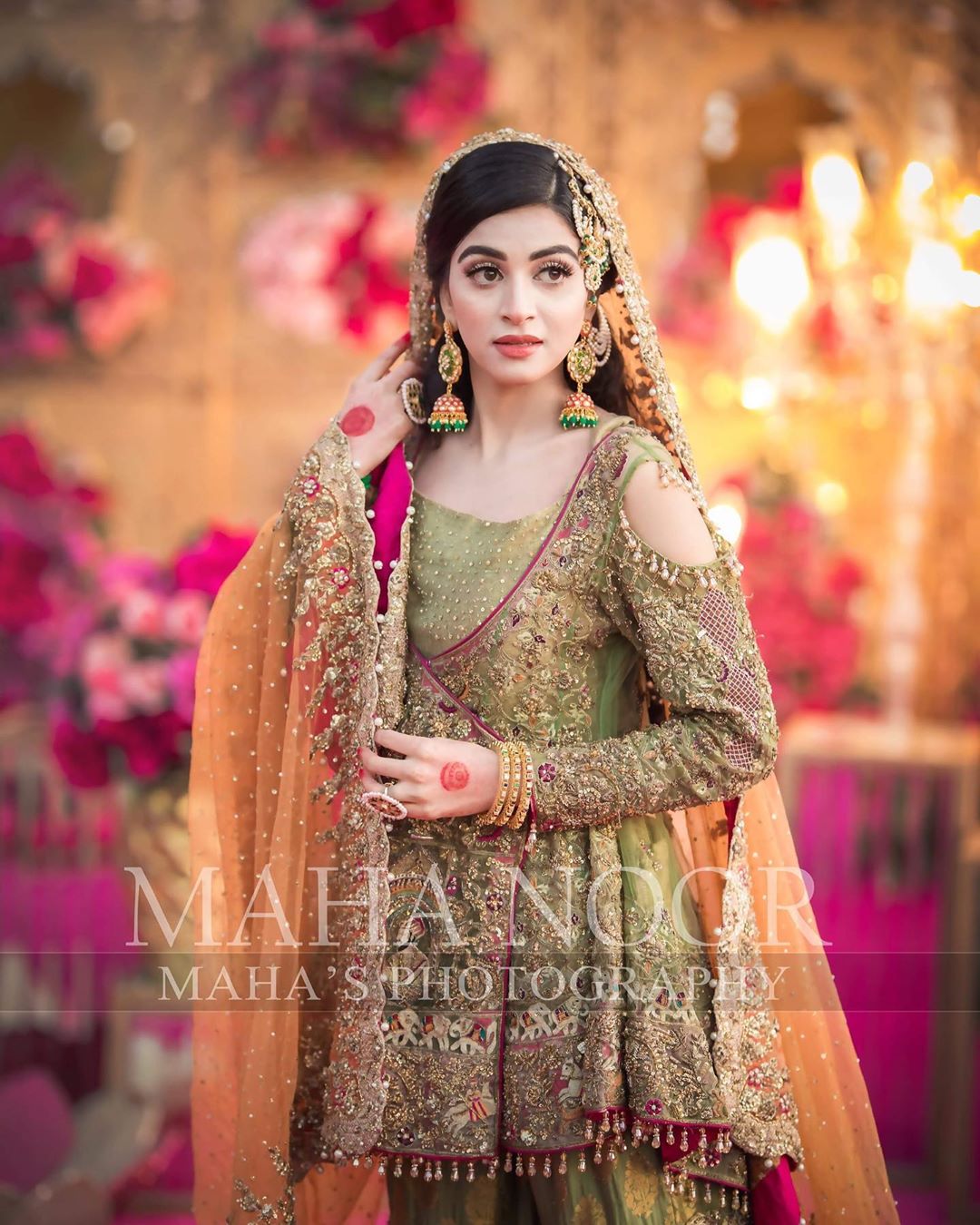 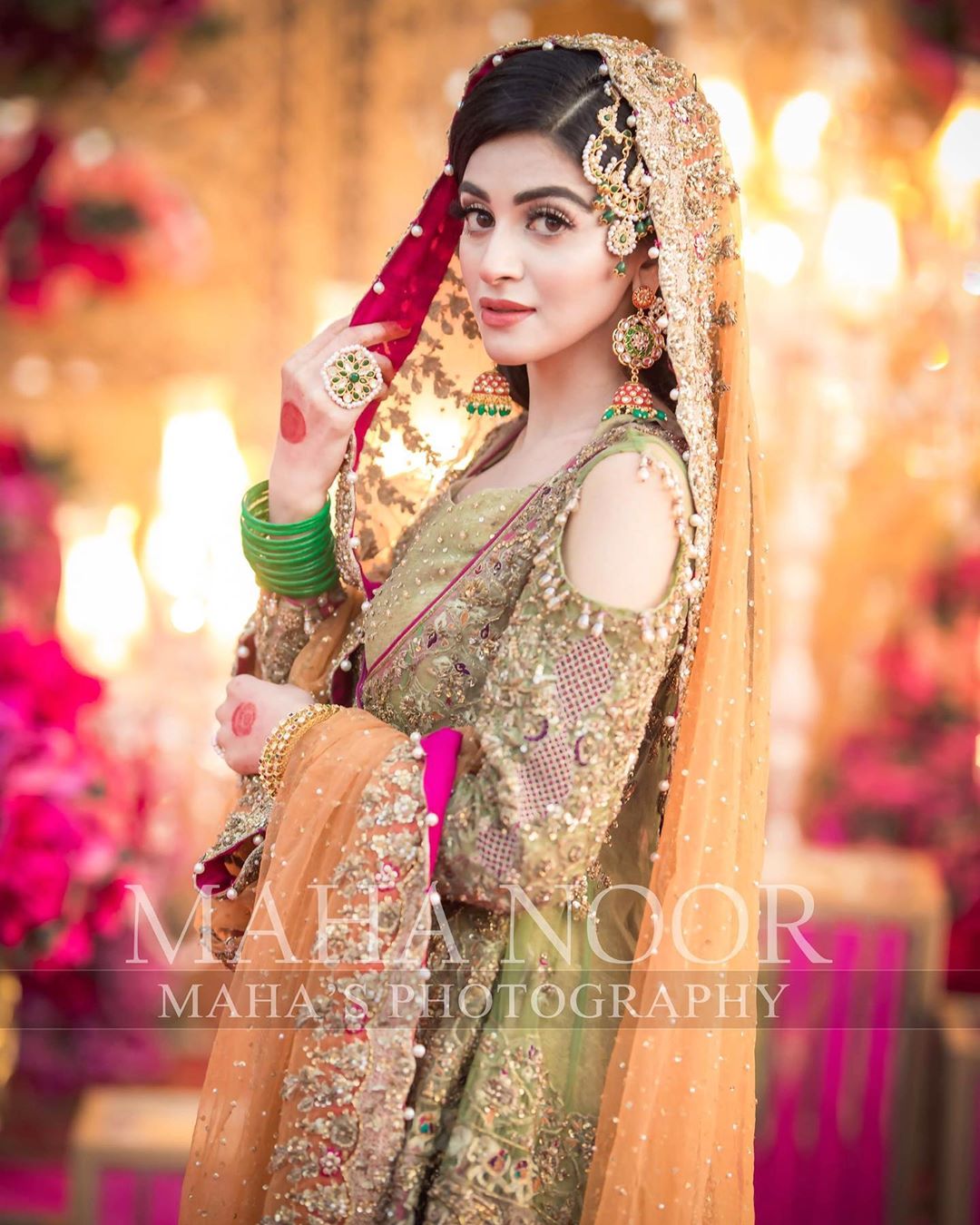