Bilal Ashraf started his career with a film Janaan. Since then he has gone into production too and we have seen him making a drama, appearing in films and he also played a part in a telefilm on General Nigar Johar’s life Aik Hai Nigar which starred Mahira Khan opposite him. It is not time for Bilal Ashraf’s full fledged television debut and he has chosen Hum TV for this new start. 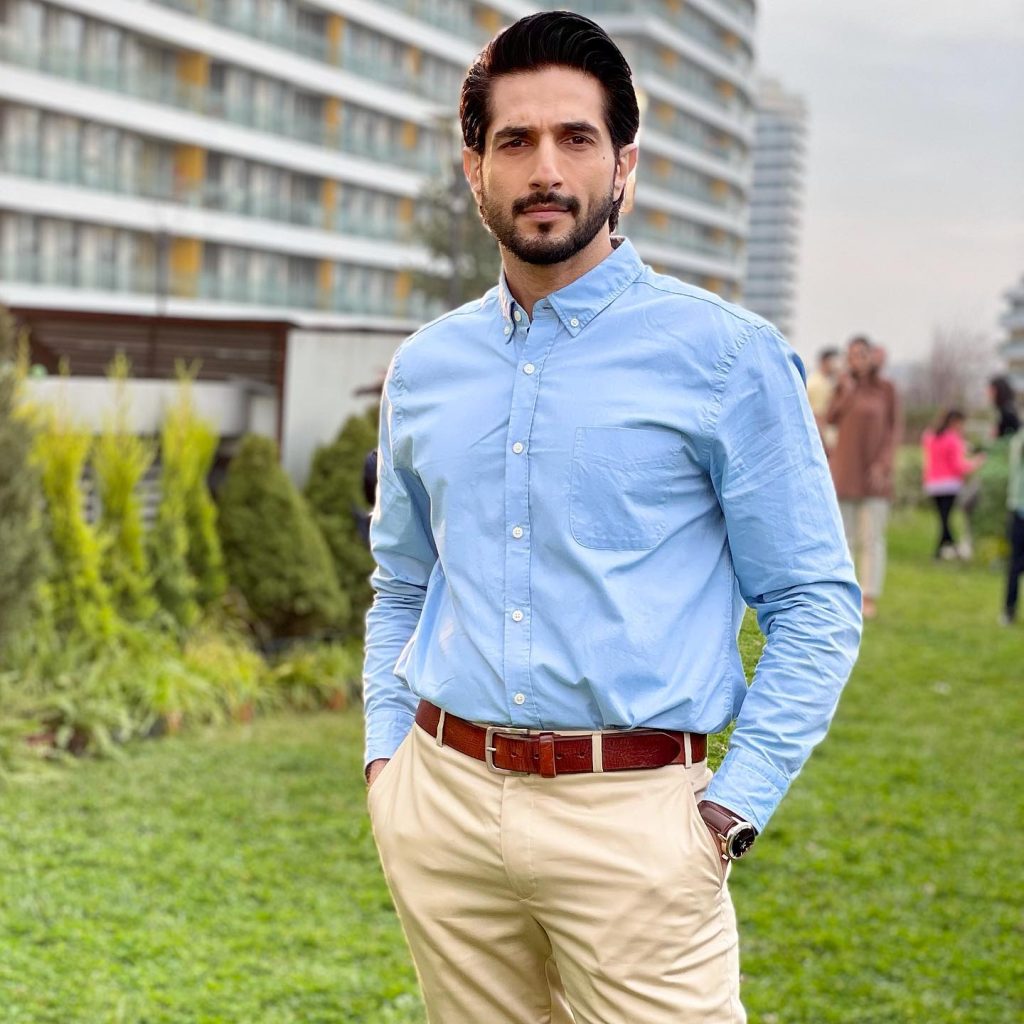 Maya Ali on the other hand went towards film and made a comeback on television with Pehli Si Mohabbat which aired on ARY. She will be back on Hum TV after six years. Last we saw her in Man Mayal which was a huge hit. She is coming back to Hum now with the upcoming drama Younhi which will also mark Bilal Ashraf’s drama debut. 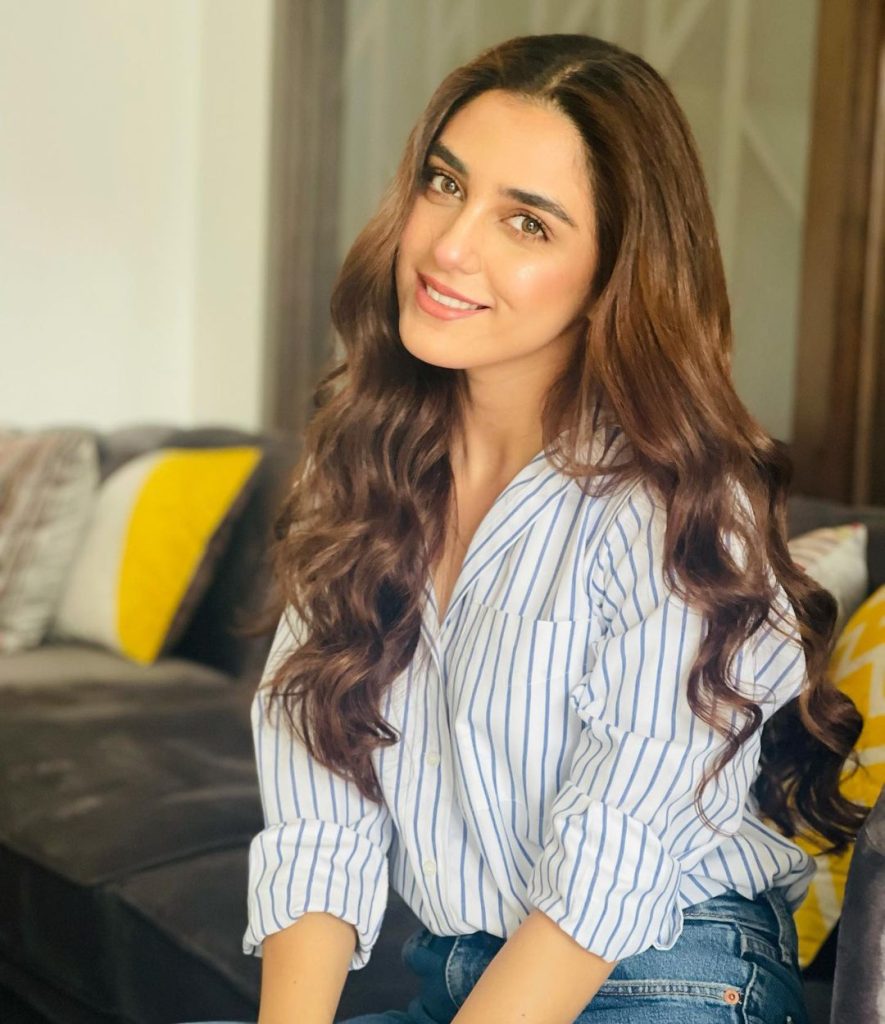 Both the actors were recently seen together in a fashion shoot which everybody fell in love with. 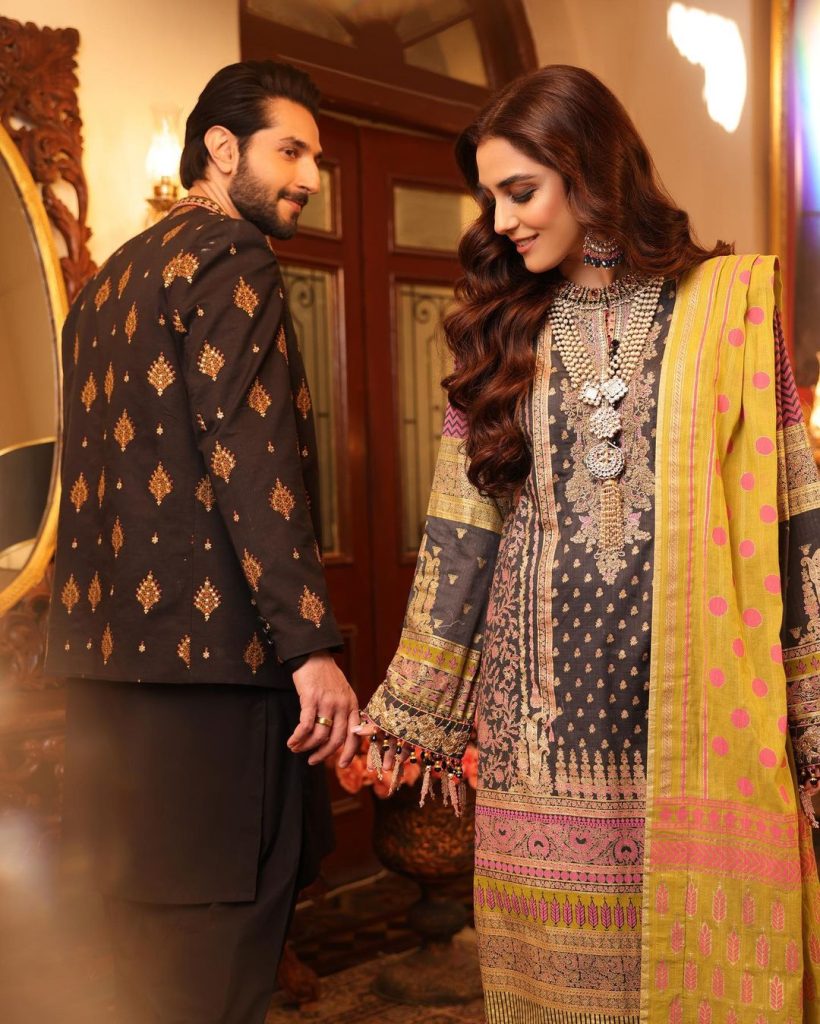 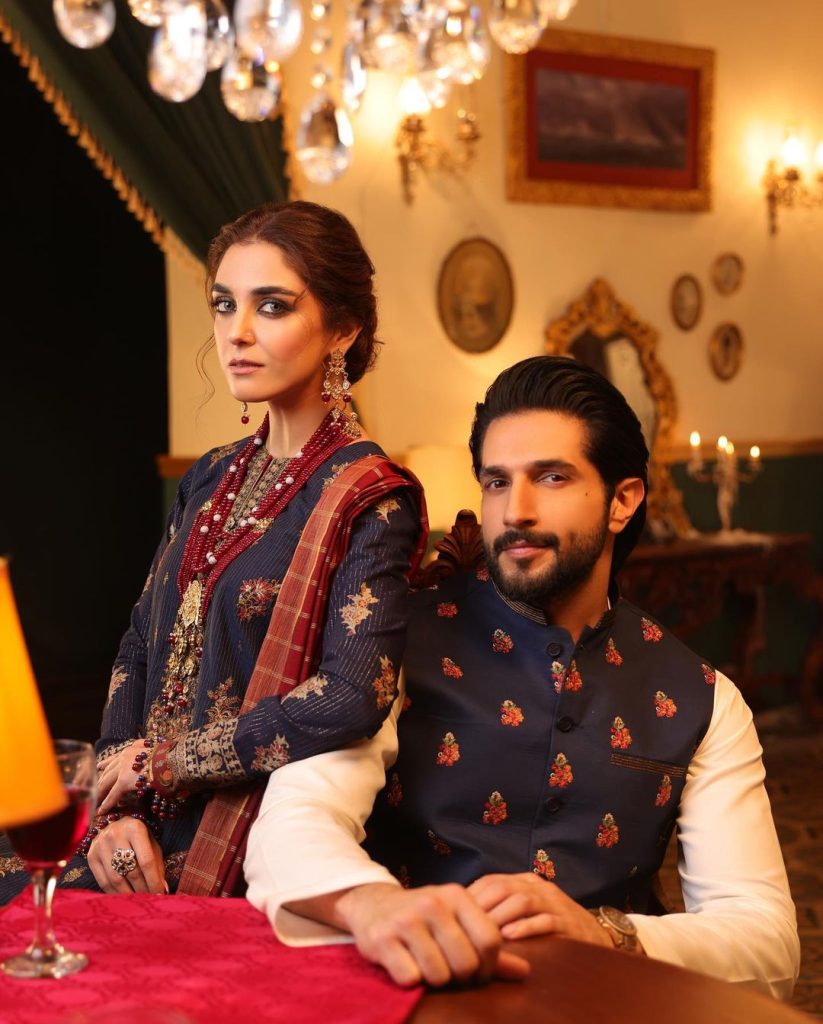 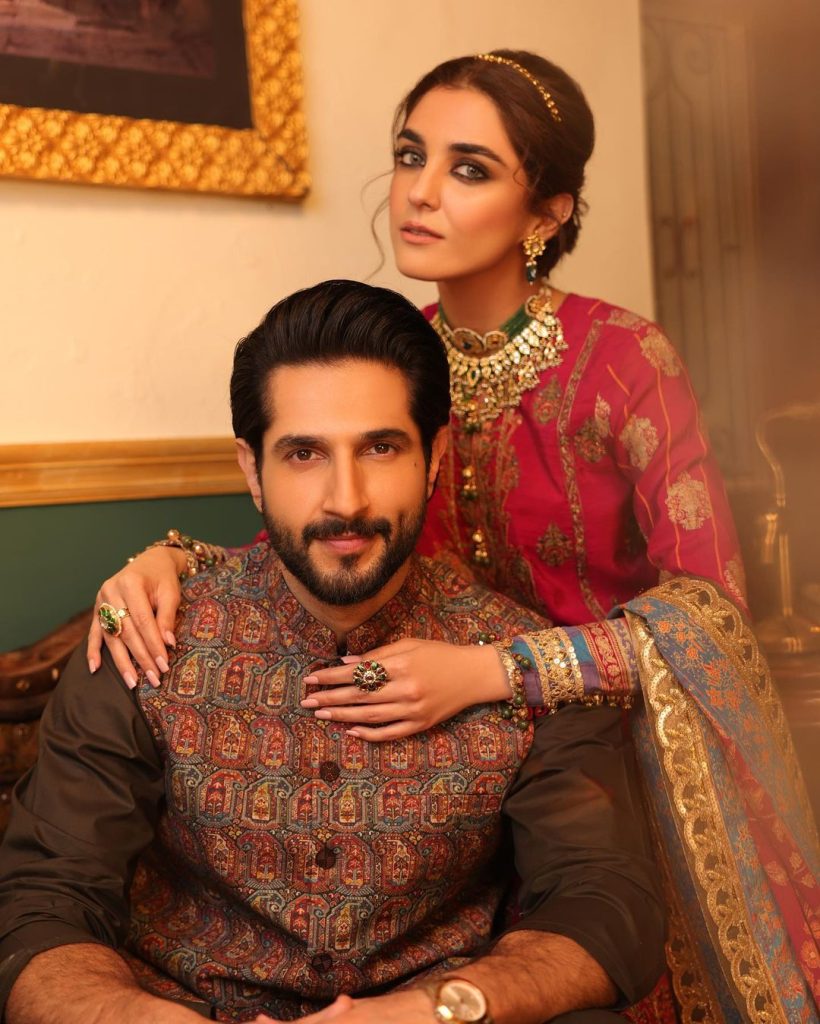 Their upcoming drama is looking to be a huge one as it is produced by MD productions so will air on Hum TV and it is directed by Ehteshamuddin who has mega projects like Udaari and Super Star to his credit. The actors have shared pictures from the commencement of shoot to excite their fans and it seems to be working. 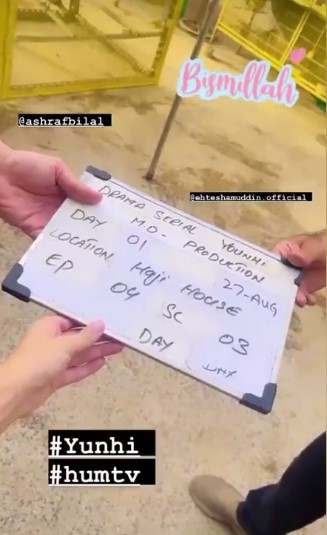 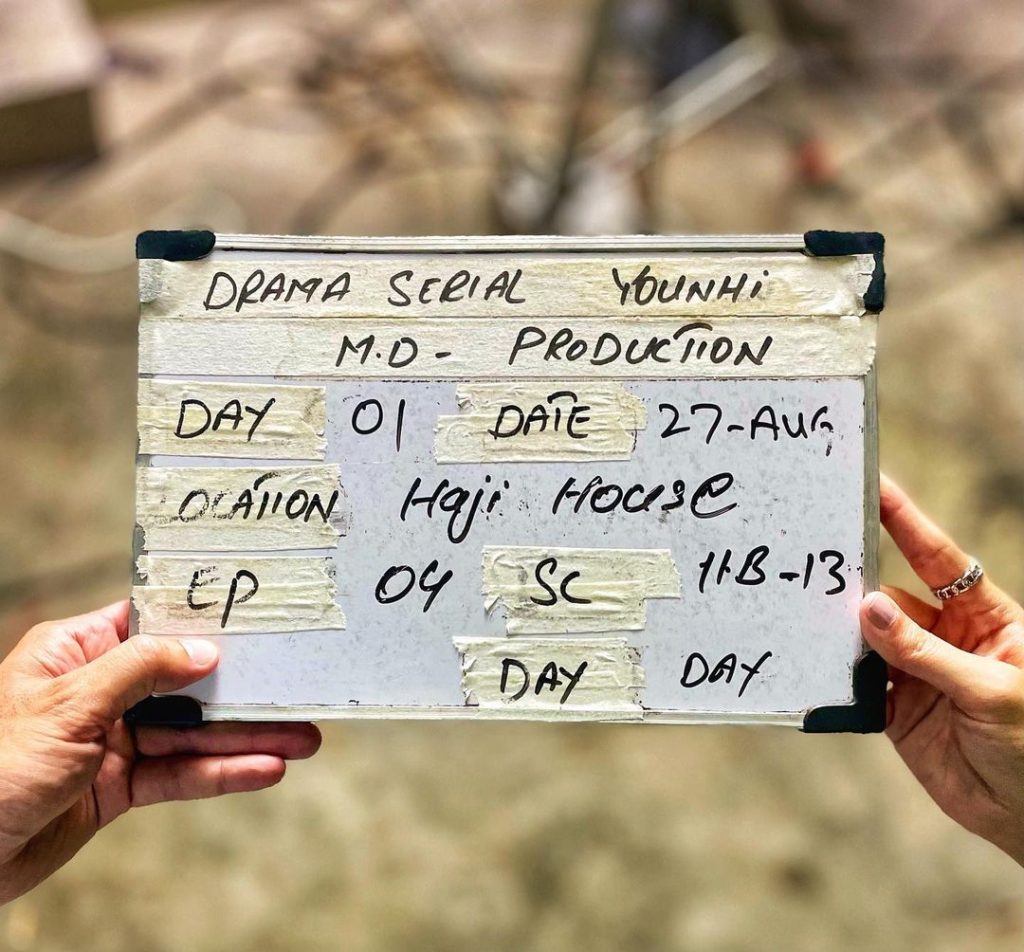 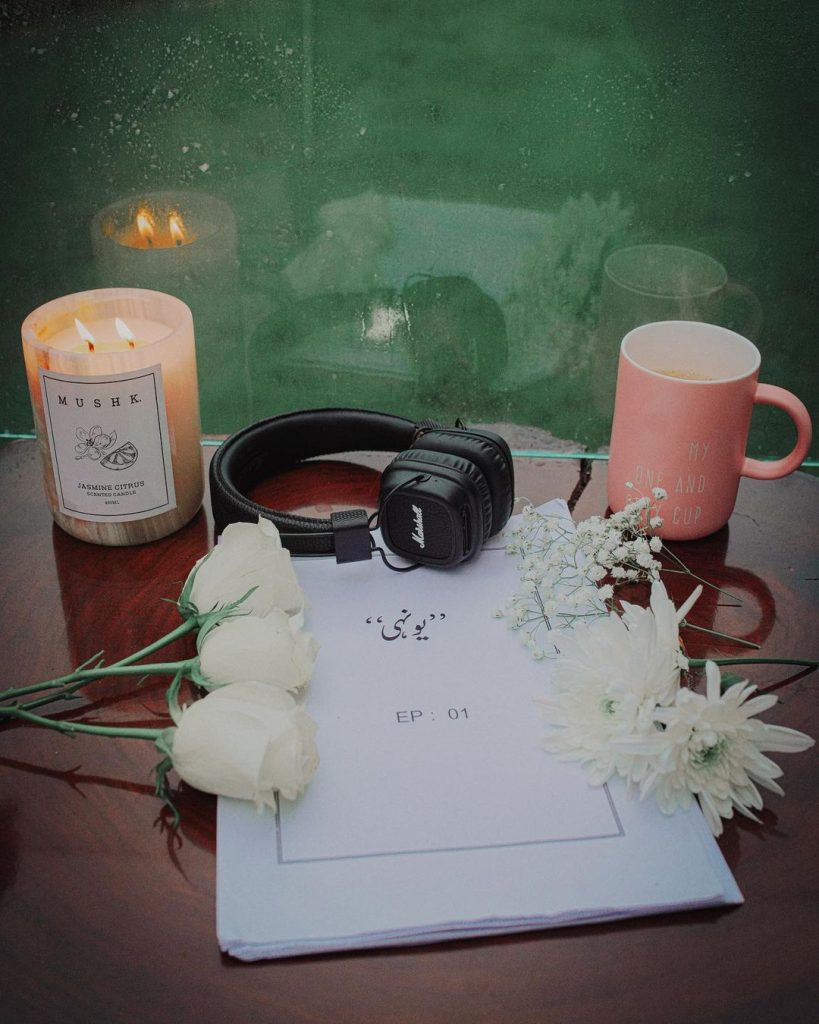 Let’s see how Younhi turns out and will it be able to hook the audience or not! 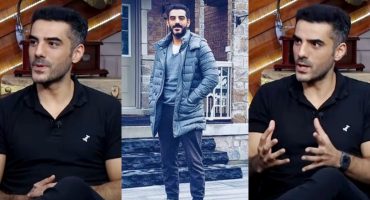