Pakistani clothing brands love to throw unique and different ideas for photoshoots in order to make their brands popular. The brands often come up with different than usual ideas to stand out, previously, brands made headlines on adapting out of the box concepts, different brands gave chance to oversized, old, tanned and veil clad models, such ideas were loved by the people because the public believes that age, weight and color should be embraced by people and the idea should be promoted. Here is collage of beautiful photoshoots. 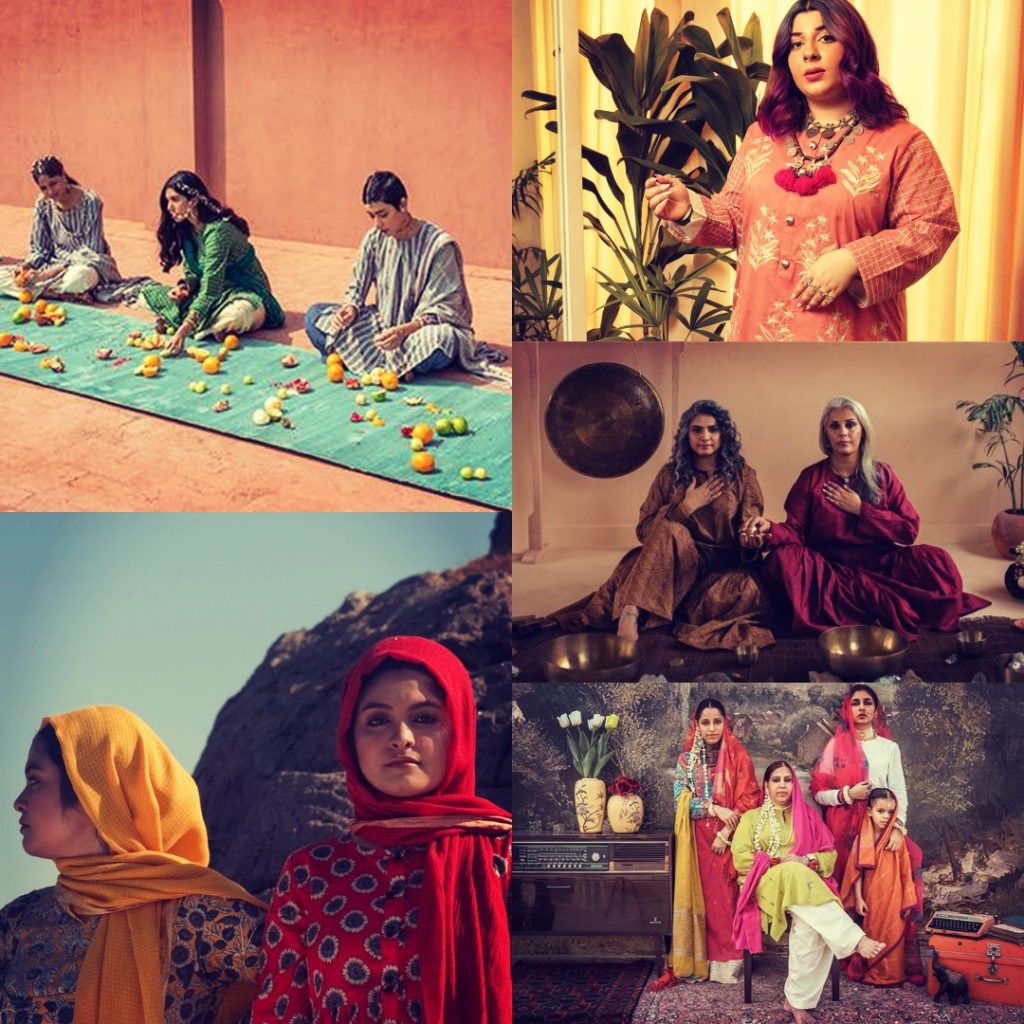 Different locations and situations have also been introduced by various brands, Ali Zeeshan recreated a beautiful vintage themed song with Ayeza & Hania. Well, lately, a brand named Demesne Couture has come up with a very odd and different concept in which the model is standing with toilet seat, in a photo, she’s sitting on the toilet seat as well, the photoshoot’s concept is about the personal space and the privacy of women which rarely exists as per the brand and the creative designer of the brand. Previously, the shoots in bath tubs were quite normal but photoshoot on toilet seat is rare. Have a look at pictures: 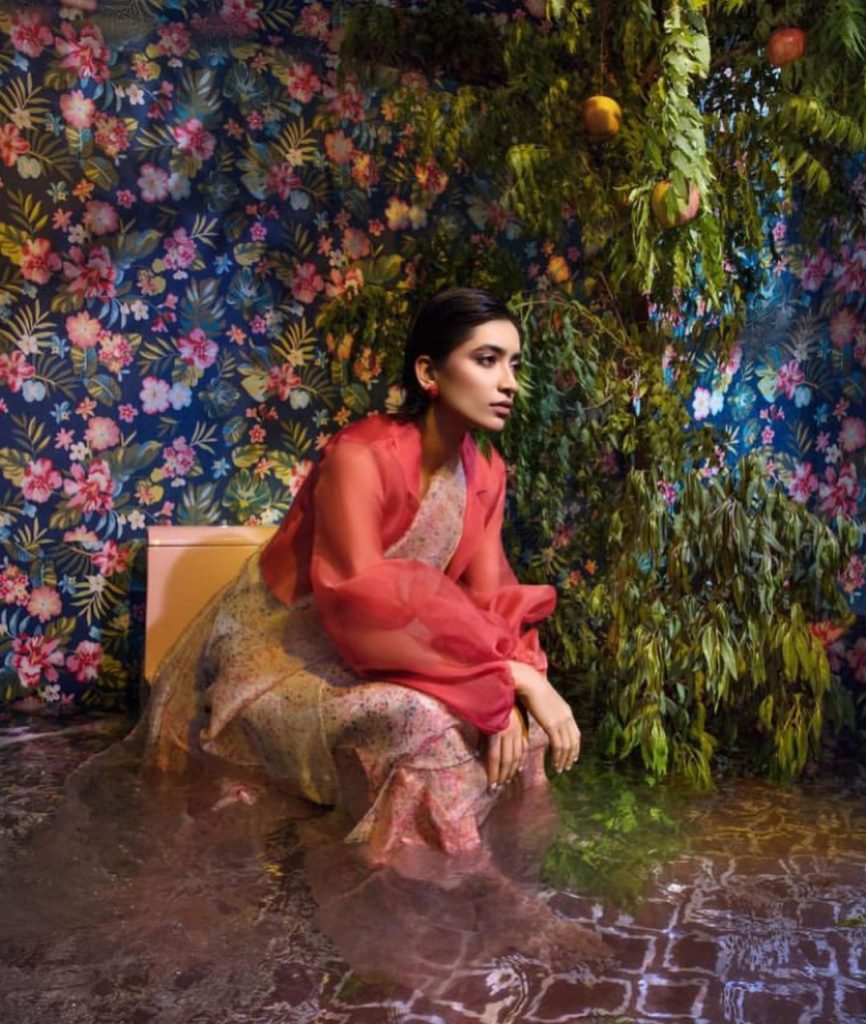 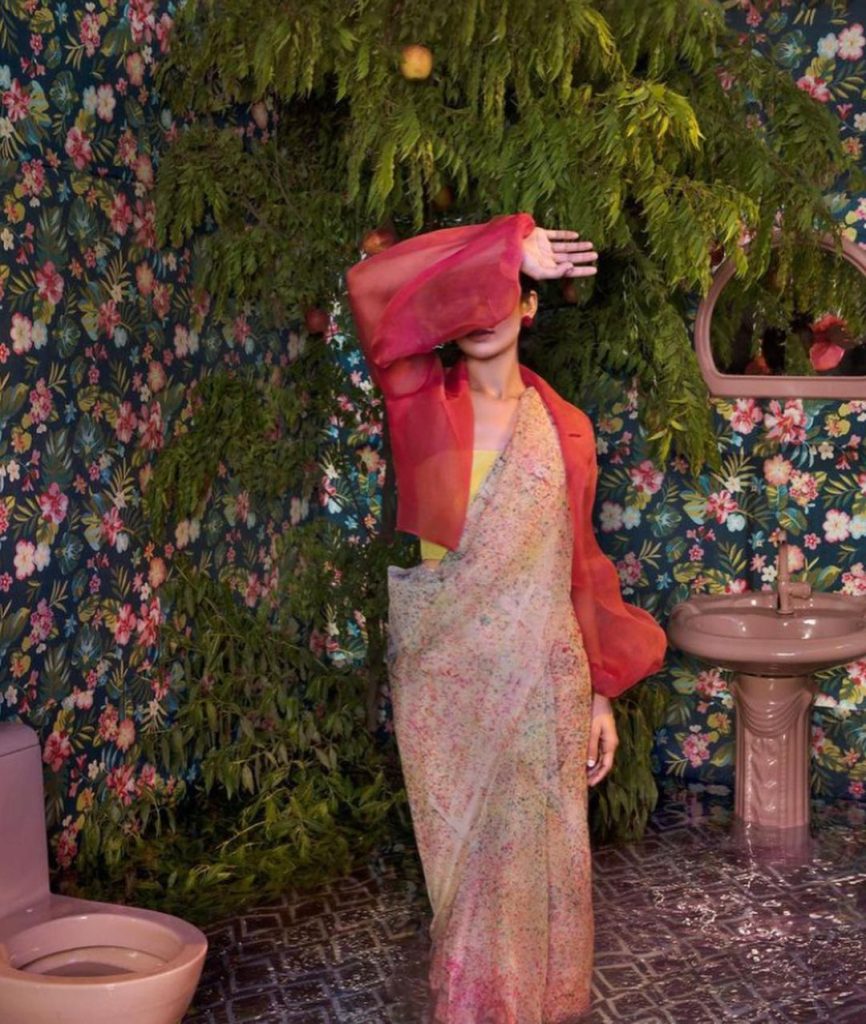 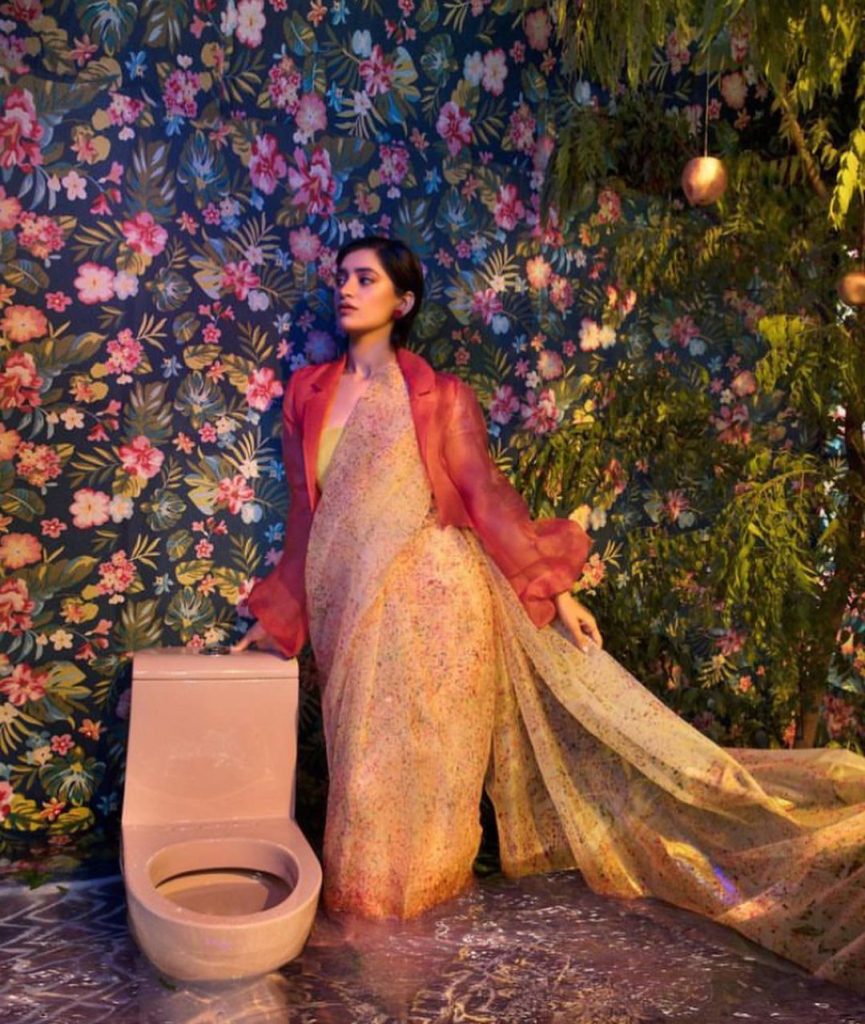 The photography of the brand is getting hilarious responses because of the addition of toilet seat. The public is questioning the creativity of the team of the brand. They are coming up with extremely hilarious comments, one user said, “they could have used a better looking toilet seat, instead”. One user said, “the brand needs to change its creative team in order to save its name”. People said everything was okay except the toilet seat. 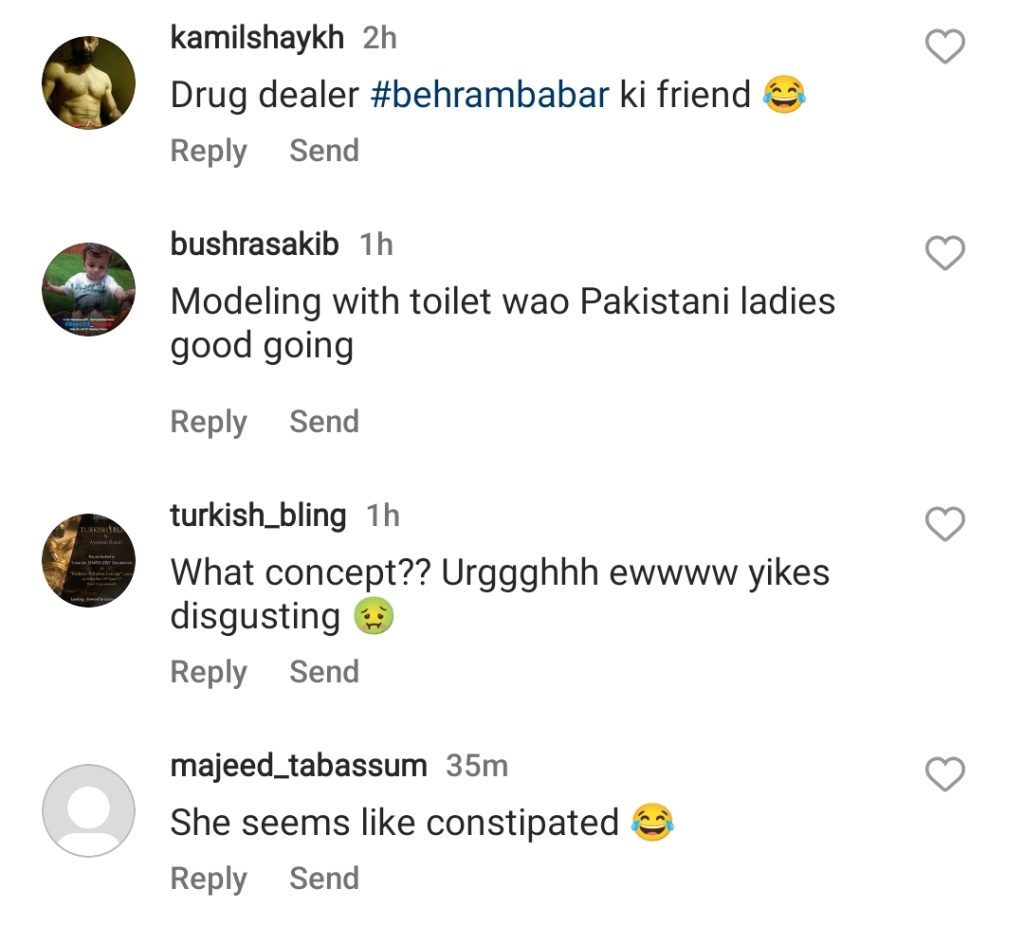 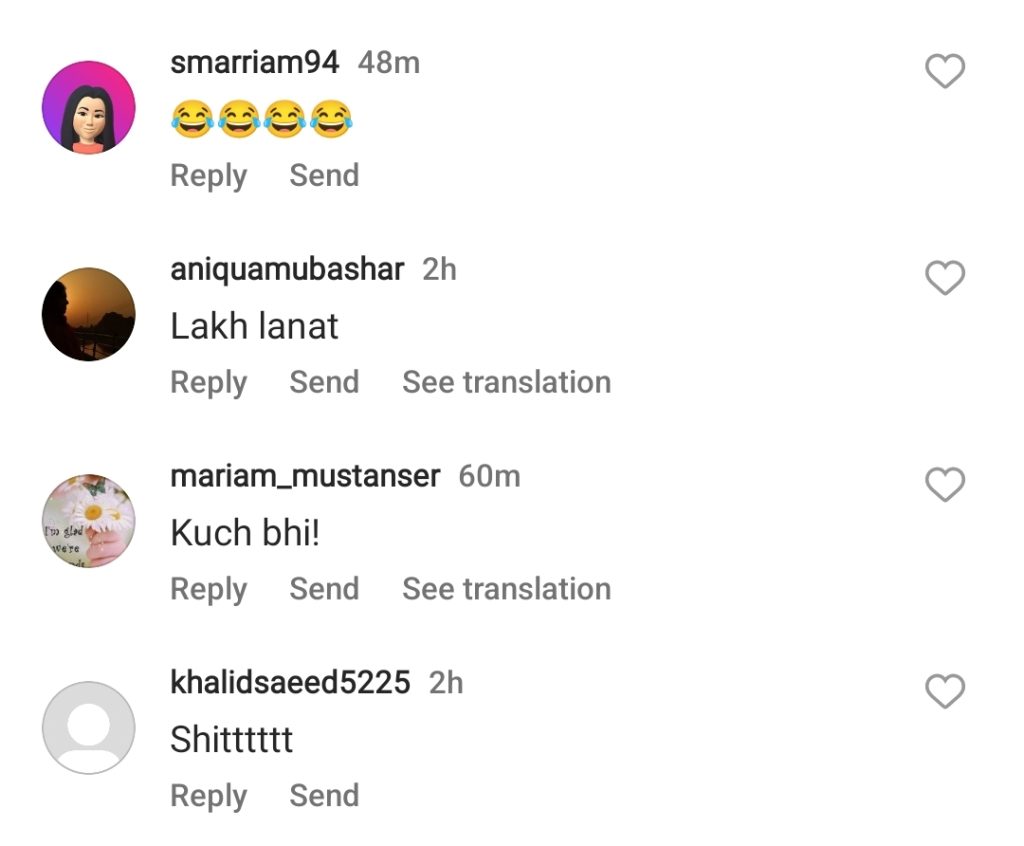 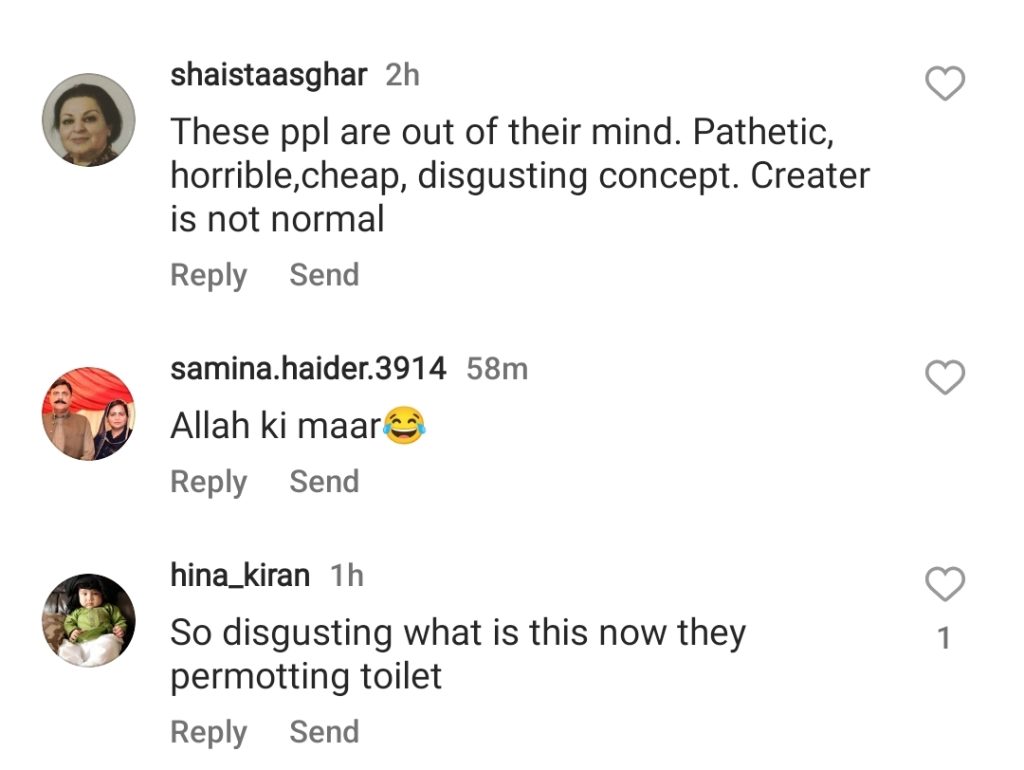 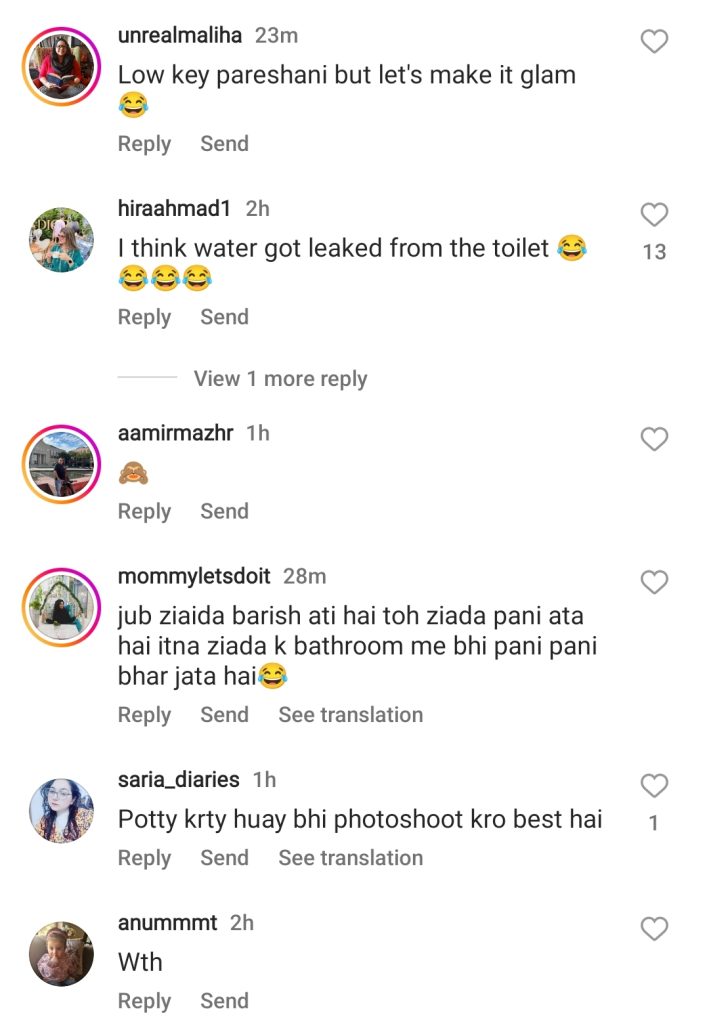 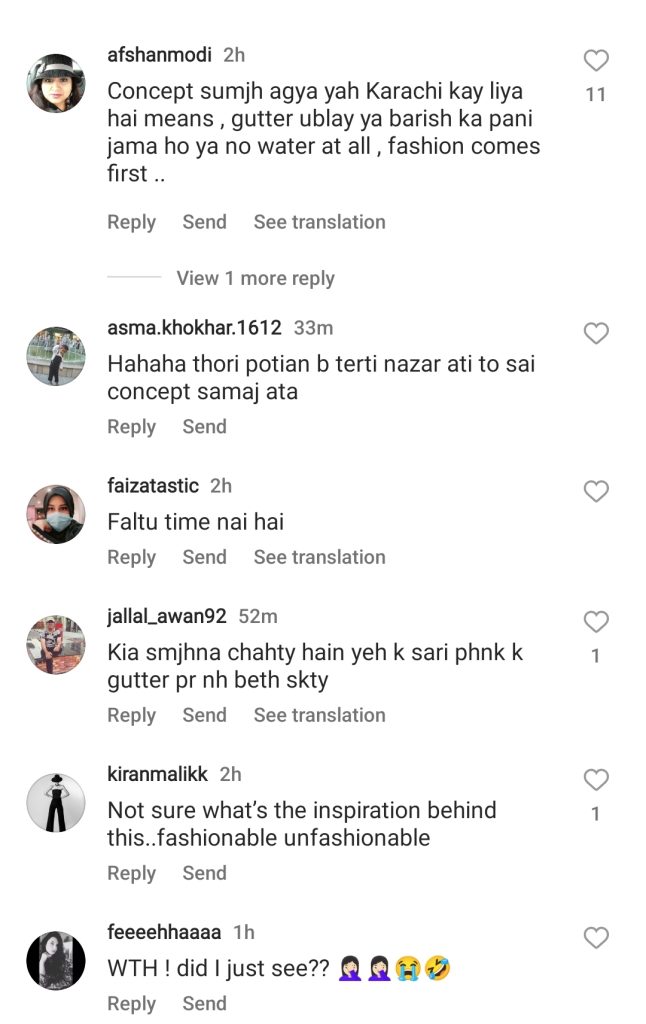 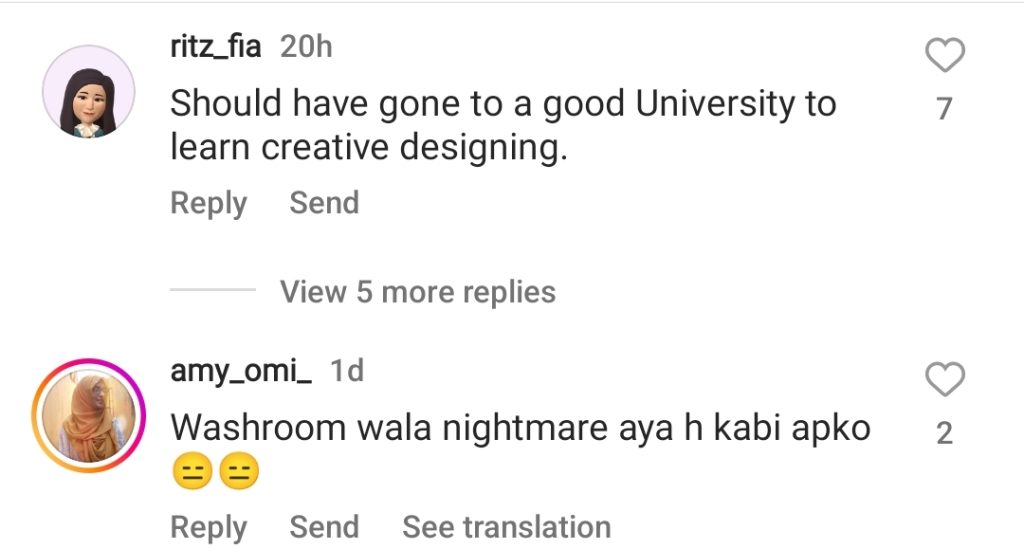 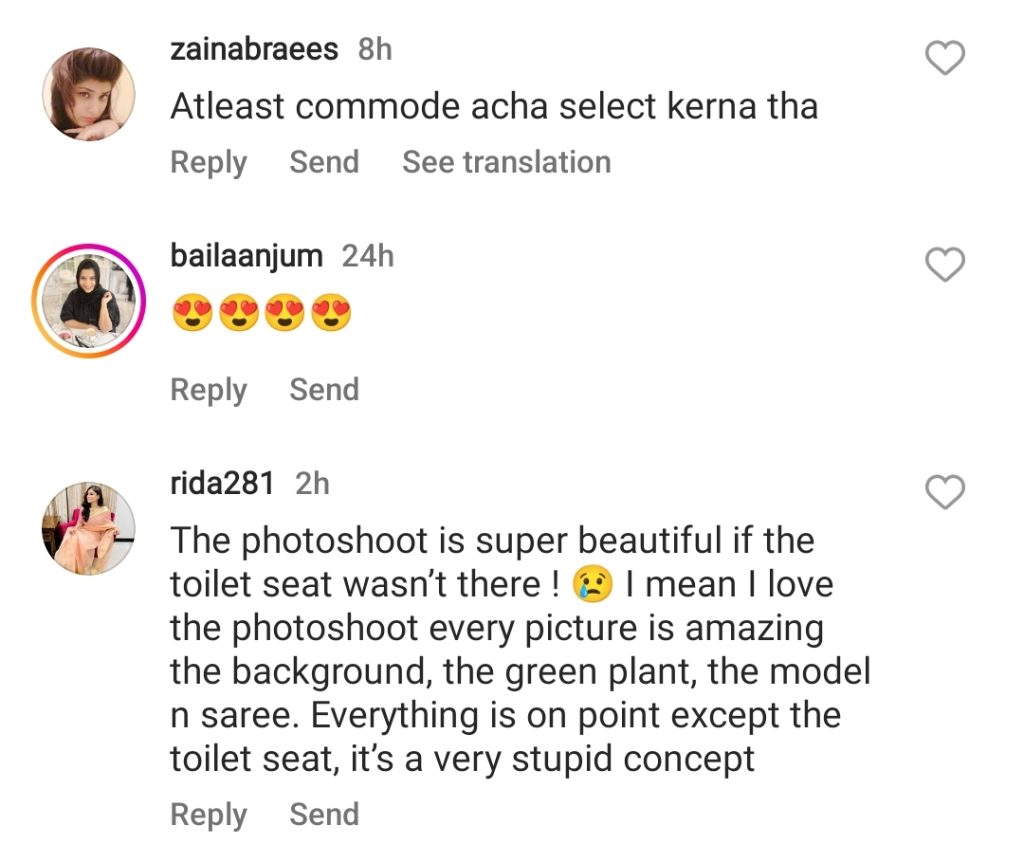 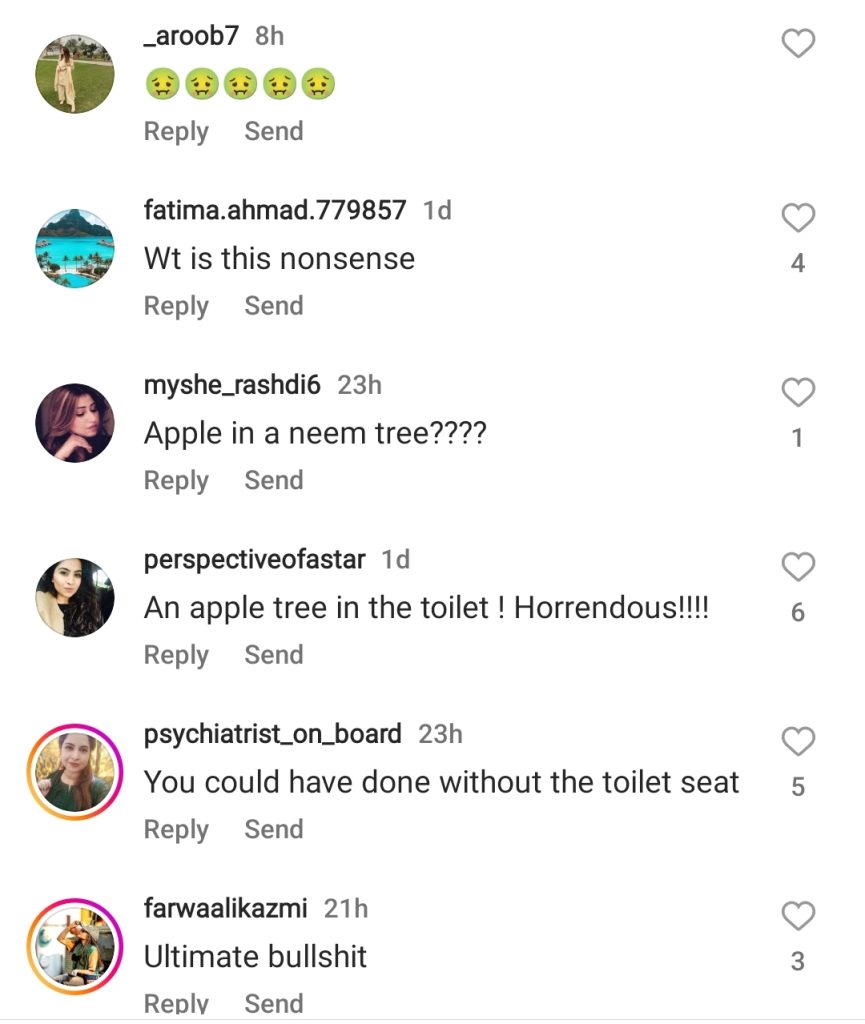 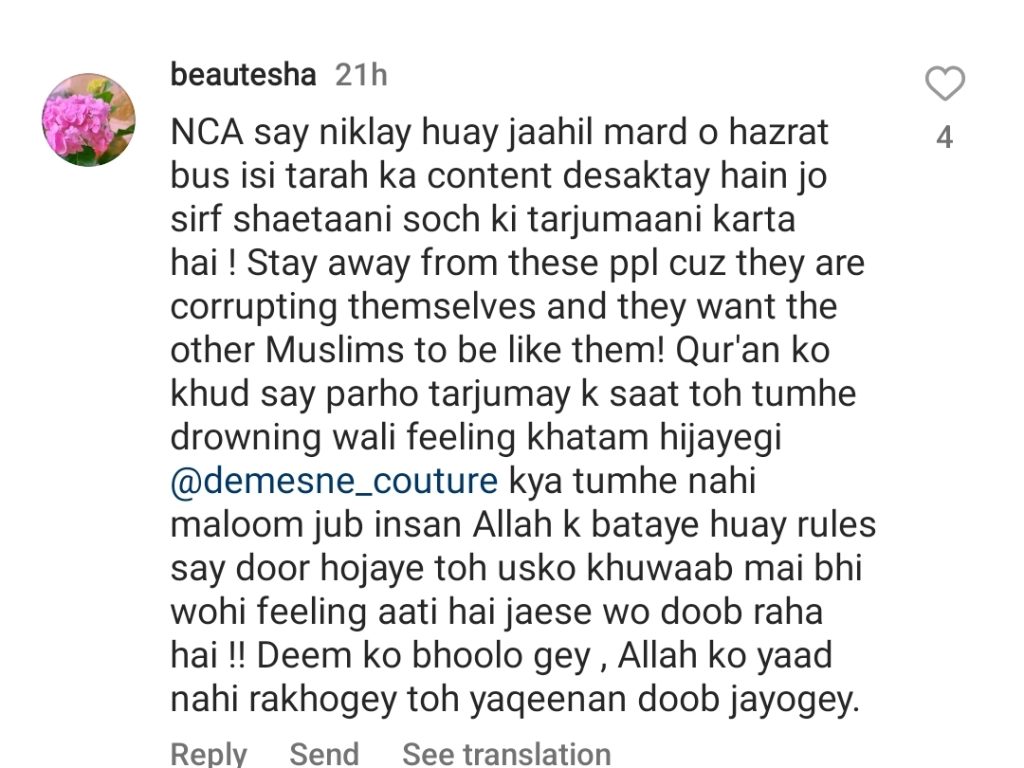 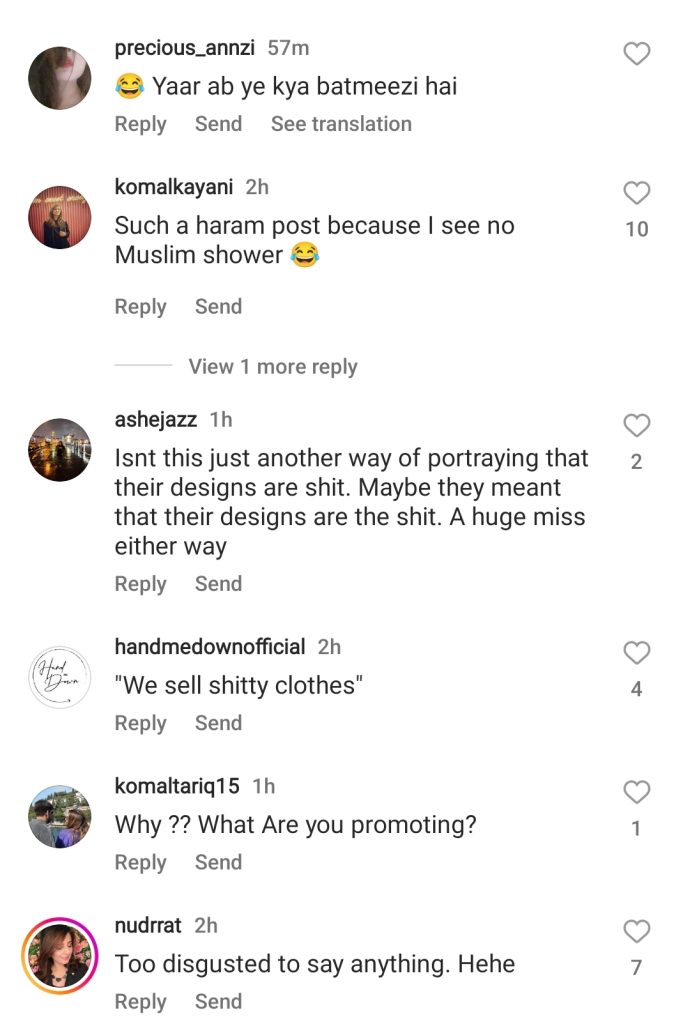 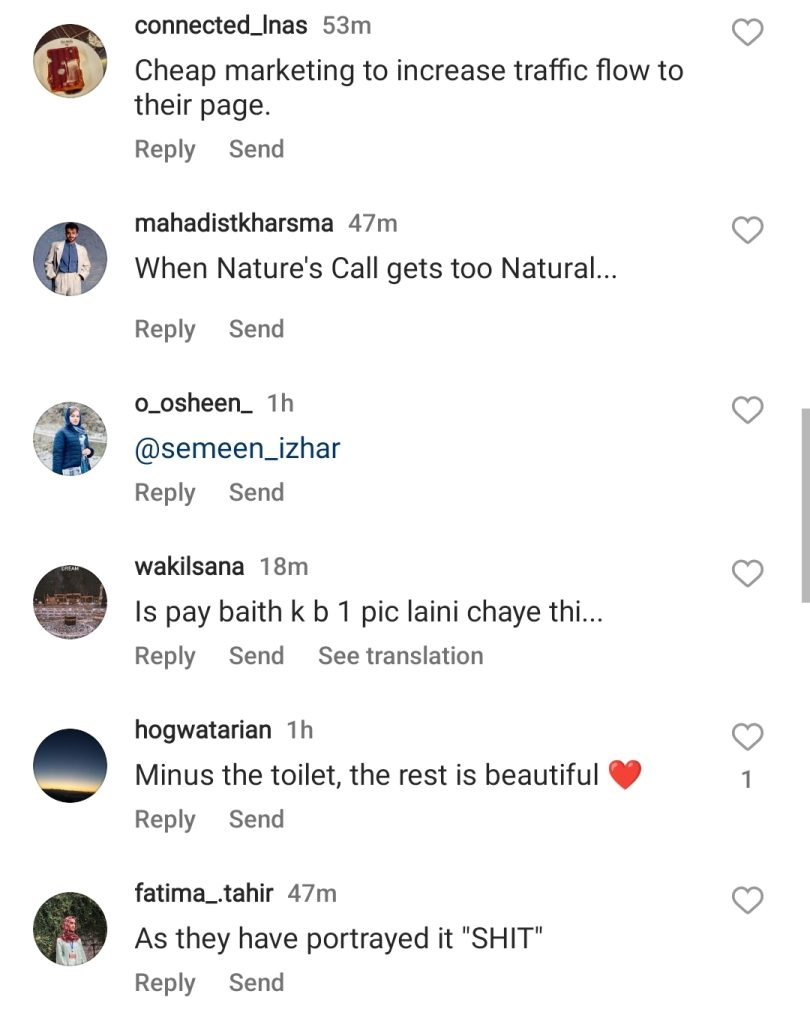 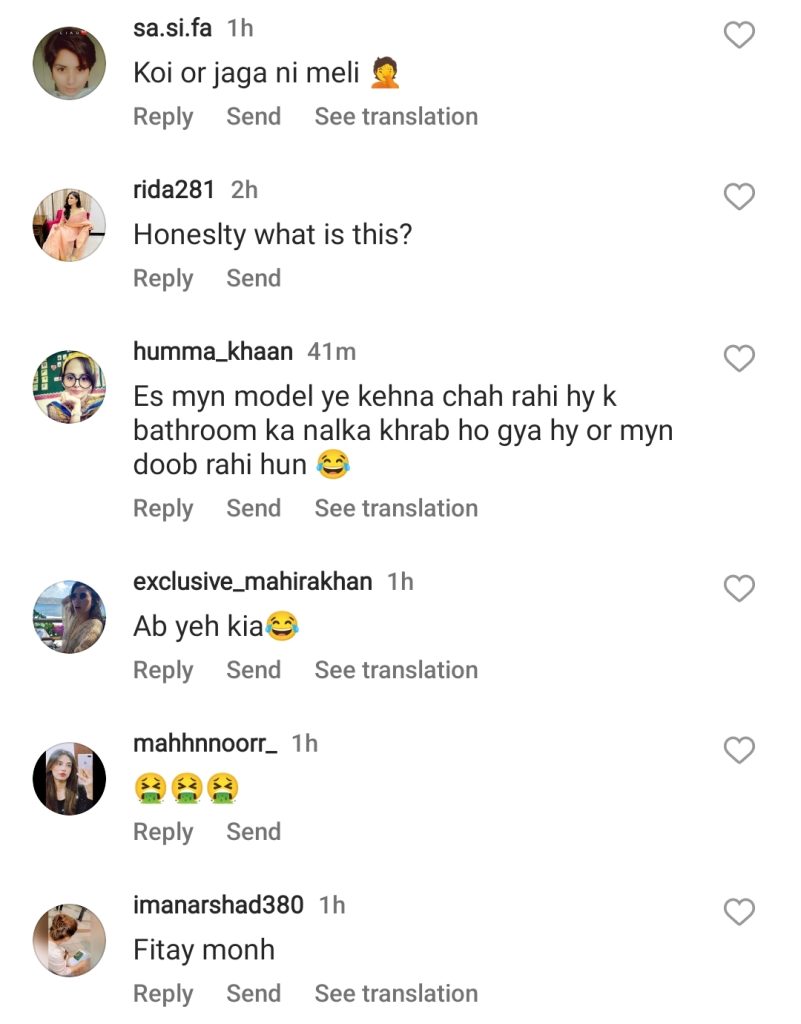 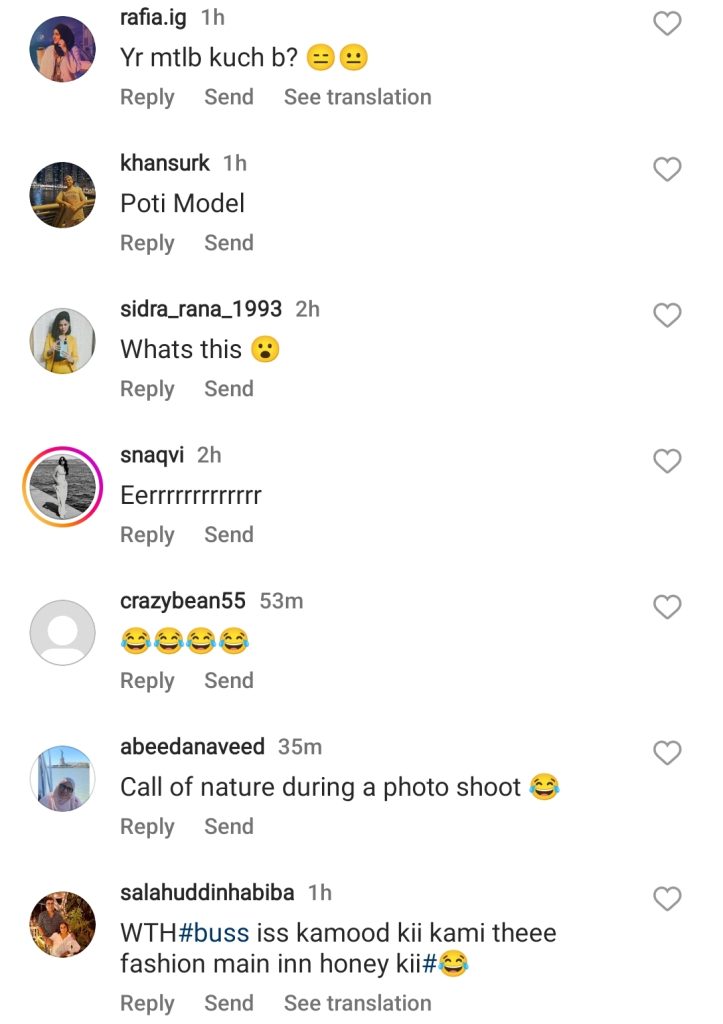