A terrorist attack on Pakistan Stock Exchange building was failed when police officers bravely fought with them.

All terrorists were killed within eight minutes by security forces and due to this, many lives were saved.

Social media is shocked after spotting a car in a Har Pal Geo television drama. The car in drama serial has same number BAP-629, as the Toyota Corolla car used by the Balochistan Liberation Army to attack the Pakistan Stock Exchange Pakistan in Karachi on June 29.

The car can be seen in Geo TV’s drama Deewangi’s episode 33. It is parked in a parking lot while the two actors walk by it.

The vehicle was registered in 2013 and is currently named on a bank, as confirmed by Sindh Excise Department. 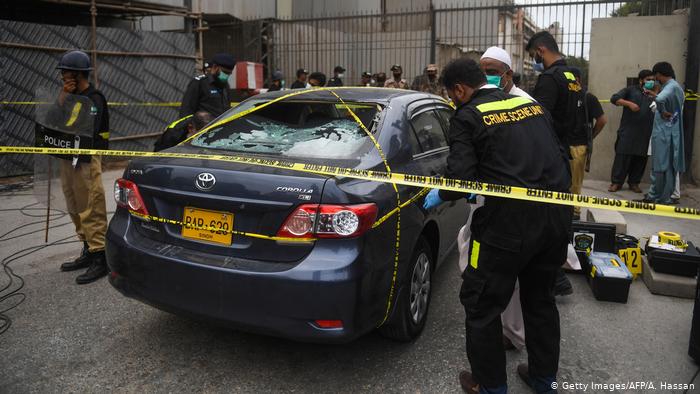 Deewangi’s episode aired on 1st July and it was shot around ten months back. The director or any official person have not commented on this matter.

Here you can see the same car: