On Wednesday the Supreme Court of Pakistan took notice of “objectionable content” being shared on YouTube. The top court also hinted at shutting down YouTube in Pakistan and issued notices to the Attorney General of Pakistan and the Foreign Ministry.

It was during the hearing of a case against suspect Shaukat Ali, involved in a sectarian crime that Justice Qazi Muhammad Amin and Justice Mushir Alam stated that YouTube and social media users were targeting our their families after certain decisions by the court. It was also said that masses were provoked against judiciary and other state institutions of the country through objectionable content on YouTube.

Alright the court hinted at a Youtube ban and the hearing was adjourned for an indefinite period of time, Pakistanis celebrities came out voicing their concerns regarding an impending ban on the world’s biggest video platform.

Here’s what the Pakistani celebrities have been saying:

#YouTubeban There is a massive industry of content creators, digital makers and entertainers in Pakistan that survive on YouTube. Filter content would be a great idea but Banning YouTube will only create more idleness and negativity amongst the professionals and the public.

#YouTubeban We have already lost too many jobs due to this Pandemic. Lives.. Let's be moderate in this Ban towards YouTube. If downsizing and joblessness continues like this, the next big pandemic could be mental inactivity which will cause further crimes and induce negativity.

Really? Banning YouTube??
What next – Twitter, insta,FB, Netflix or even WhatsApp? Freedom of speech is the basic tenet of any society. In Pakistan, social media provides checks & balances that mainstream doesn’t. Progressive states shouldn’t need to resort to bans!! #YouTubeban

YouTube ban in 2012 proved disastrous for the industry & is partly responsible of y we dont have local offices of Google,Facebook,Twitter etc. SC point was about regulation.With rules under PECA already being discussed with tech companies, there is NO question about #YouTubeban

Im against banning apps/websites.This is not the solution as every social media web has its down side,even on twitter ppl abuse! We need better cyber laws to restrict objectionable content & counter bullying. Banning apps will never let us grow in the digital world. #YouTubeban

Countries ban apps cause of geopolitical/security reasons but we are banning apps/sites because of ‘bad influence’ on youngsters.Seriously?urge parents &everyone to check what their kids/ownself is typing &fix the influence.Govt only needs to make& implement cyberlaws #youtubeban 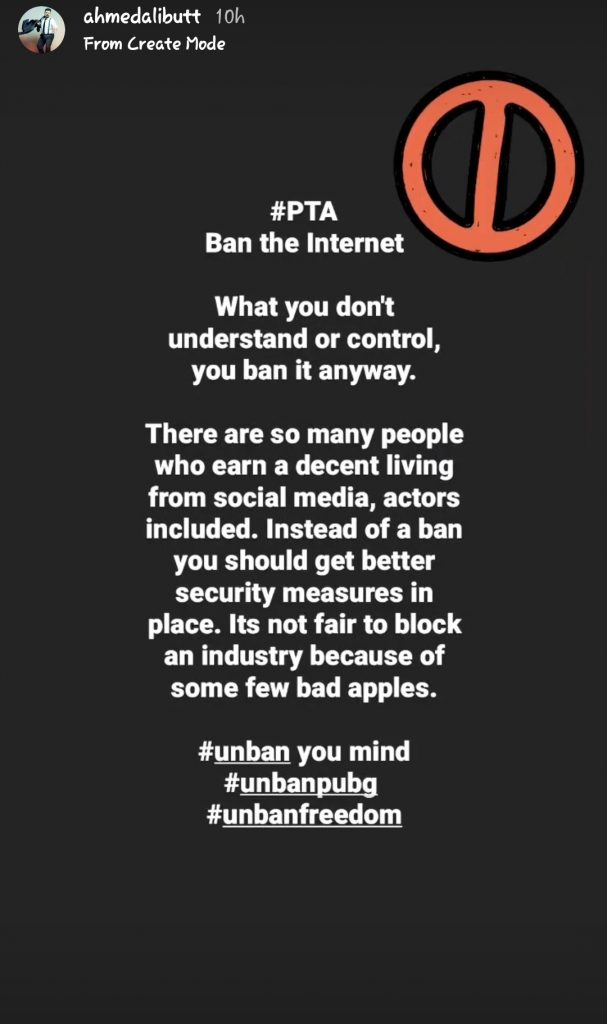 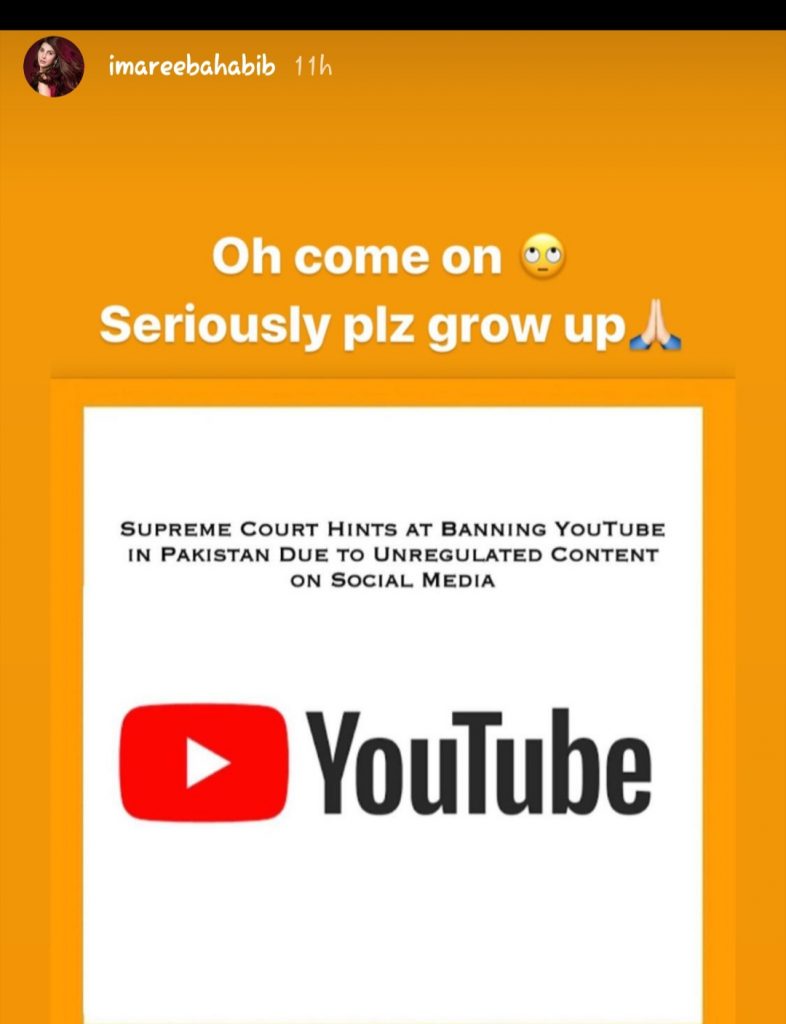 Saad Ur Rehman, famously known as Ducky Bhai, a YouTuber based in Pakistan also shared his thoughts with a sarcasm.

Any strip club wanna hire me after #YouTubeban ? I do have some mujra experience tho.