Celebrities Who Looked The Worst At HUM Awards

HUM Awards function was attended by celebrities who belong to the drama, fashion, music and film industry. Whenever there is an award function celebrities try to look their best. Although it should be easy for our celebrities to get their hands on the most fashionable outfits because there are so many talented designers in Pakistan but even then some of these stars usually don’t look good because sometimes they go overboard and at other times they experiment with their looks and dresses in such a way that it does not look good on them. It isn’t just about the dresses but the entire look which a celebrity carries on such occasions so the make-up and hairstyle add to the whole look too.

Here is the list of the worst dressed celebrities at HUM Awards. The reasons why their looks were such  a disaster are mentioned under their respective names.

This guy tops the list because he did not only turn up on these awards looking like someone out of an Aladdin film but he also wore a similar outfit on the AFA 2016. Our advice to Gohar Rasheed is that he should stop listening to whoever is giving him fashion advice and fire his designer while he is at it!!!!!!!!! 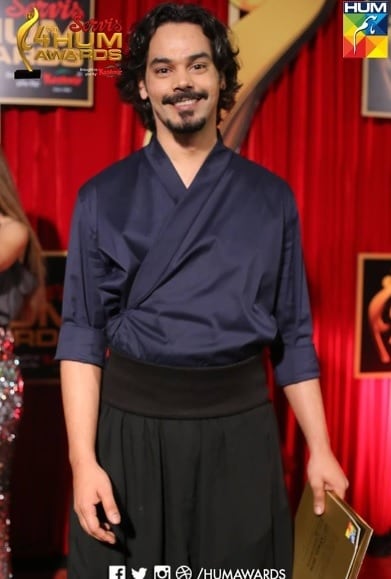