Chhalawa’s First Look Poster Is Out

Chhalawa is an upcoming Pakistani movie by Wajahat Rauf. This is Wajahat’s third film after his Karachi Se Lahore series. The director has jumped into making web series too this year and his web series Enaaya which starred Mehwish Hayat, Azfar Rehman and Asad Siddiqui. All three stars will be seen now in his third feature film Chhalawa. Zara Noor Abbas is also a part of the film and the cast announced the title of the movie recently in a very unique manner.

Chhalawa will be released this Eid ul Fitr and the first look poster is out. The poster has Mehwish Hayat as Zoya dressed in an amalgam of traditional and western wear as the lady is wearing sneakers while standing against a shiny background. Check out: 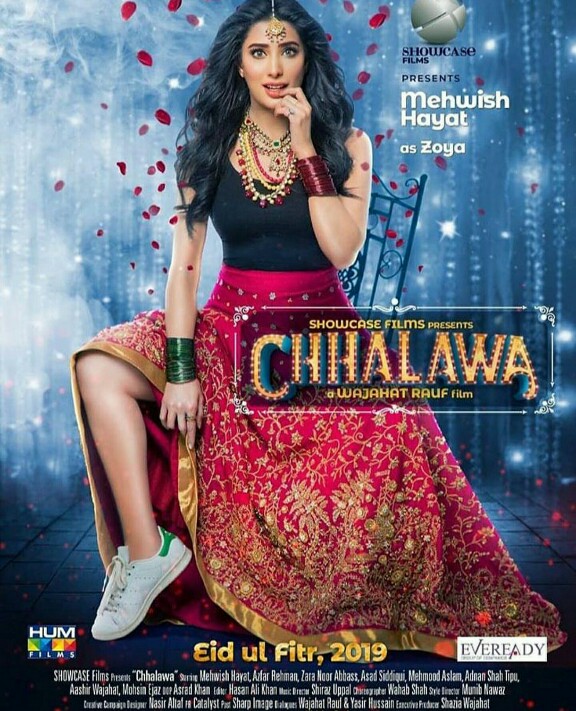 Looks like we will get to see the character introduction posters of the cast of Chhalawa one by one and the film will make an entrance at Eid ul Fitr!