The cute and adorable kid, Ahmed Shah, became popular when his video went viral over social media. His teachers made a video of him while taking his bag back because he had a different and funny talking style.

After his video, Ahmed started to appear as a guest on different television channels. People showed love toward him, and he became an overnight star. Waseem Badami and his team invited Ahmed on the Shan-e-Ramzan Kids segment. He talked to him, asked him random stuff, and got impressed by the intelligent little boy. Ahmed then became a permanent member of the Shan-e-Ramzan kid’s segment.

Recently, Nida Yasir invited Ahmed on her morning show Good Morning Pakistan to make her show more entertaining and to attract more audience. He looked absolutely charming in a red kurta and Harry Potter style glasses. Nida laughed and so does her audience.

Here are some of the beautiful pictures of Ahmed Shah from the set of Good Morning Pakistan. Have a look! 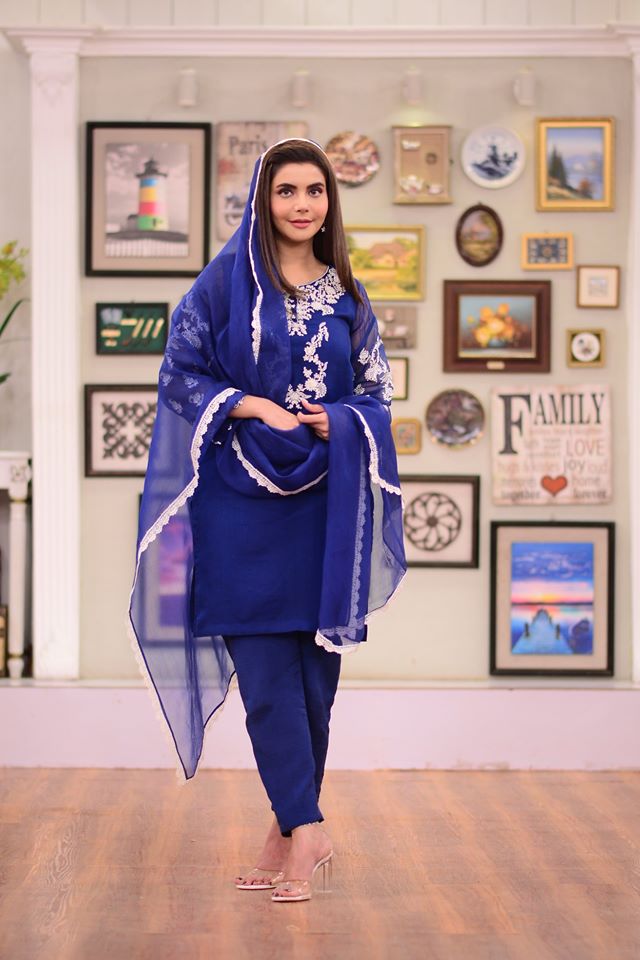 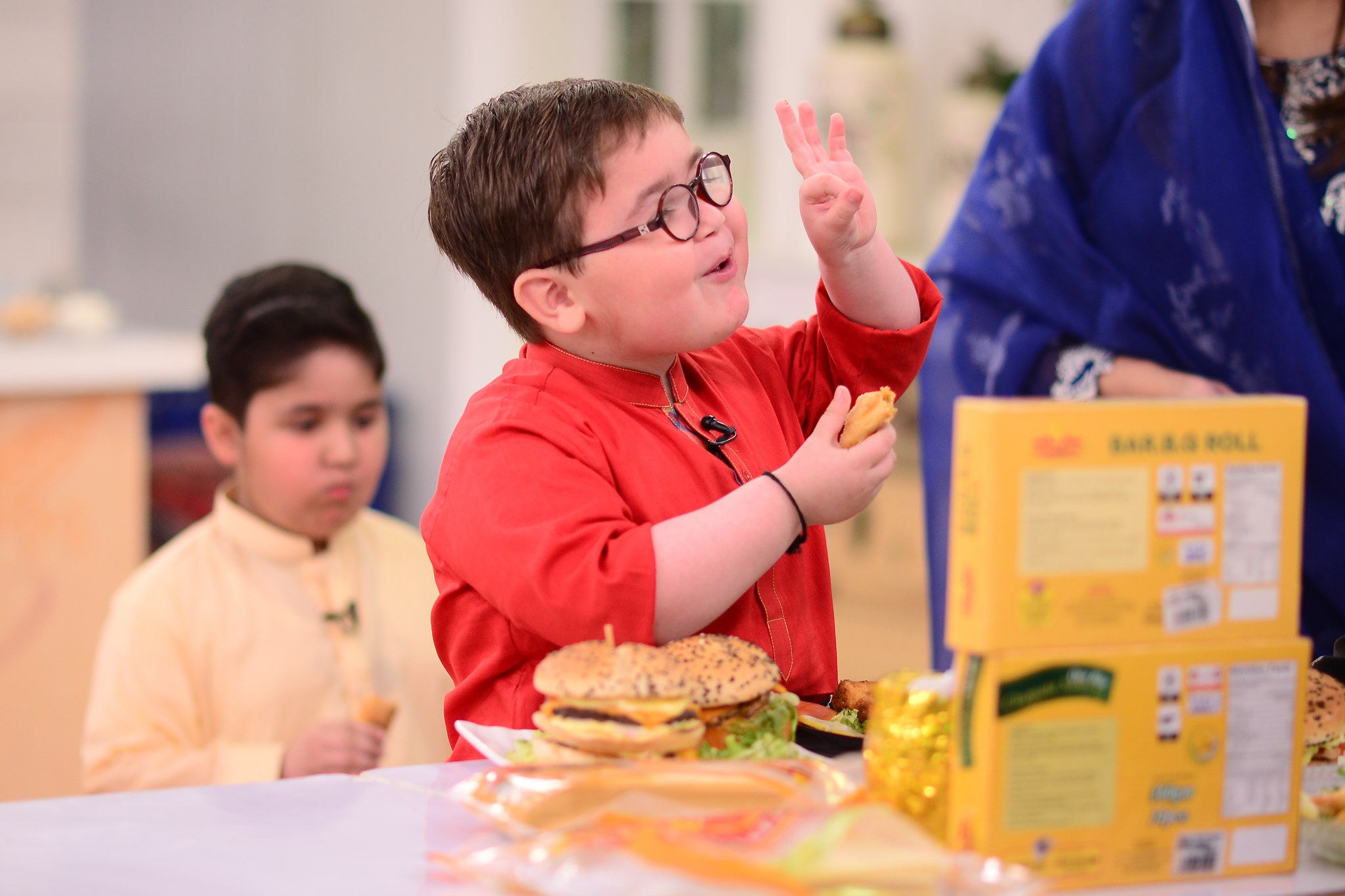 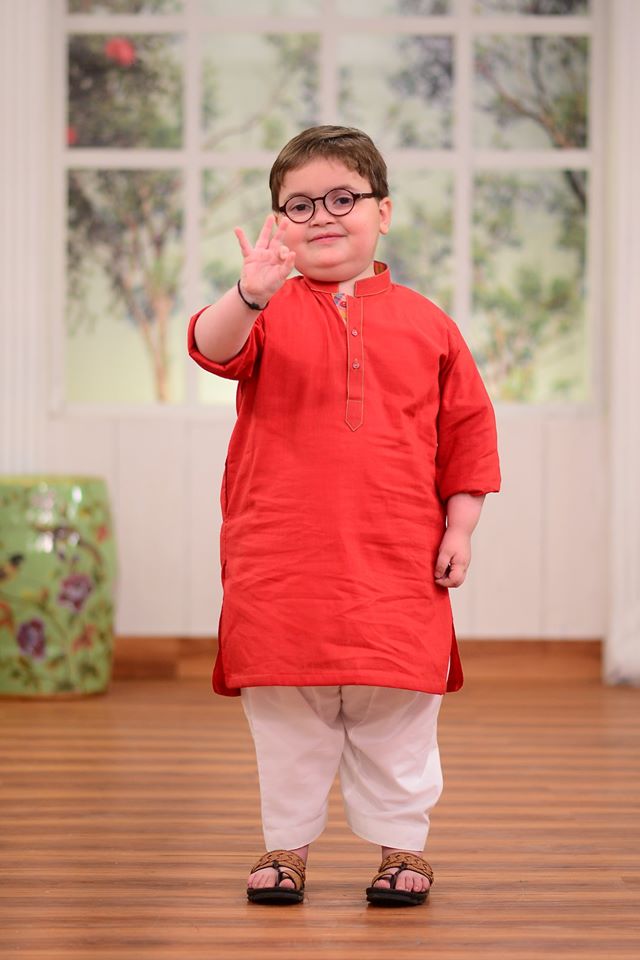 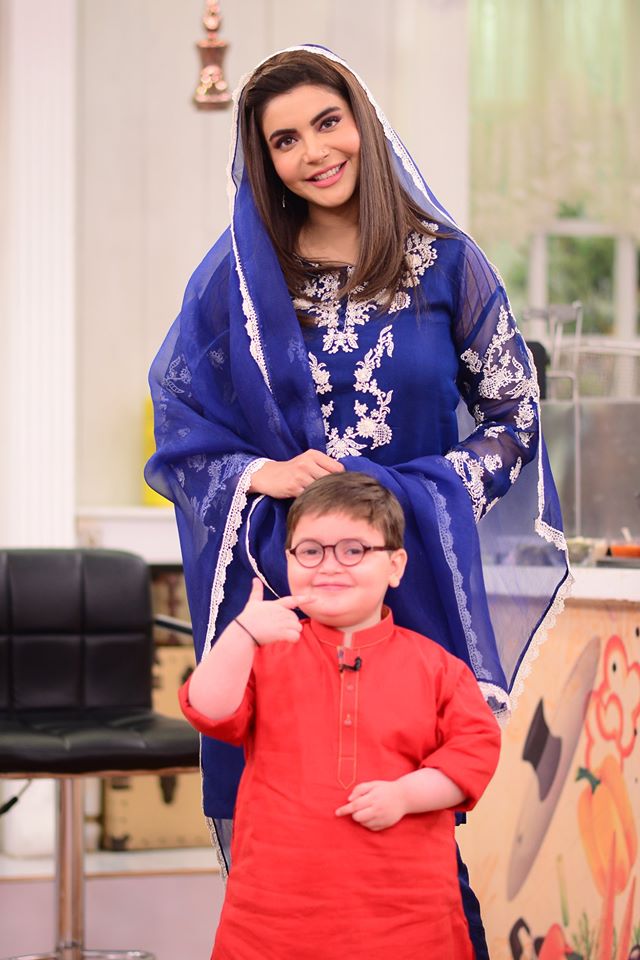 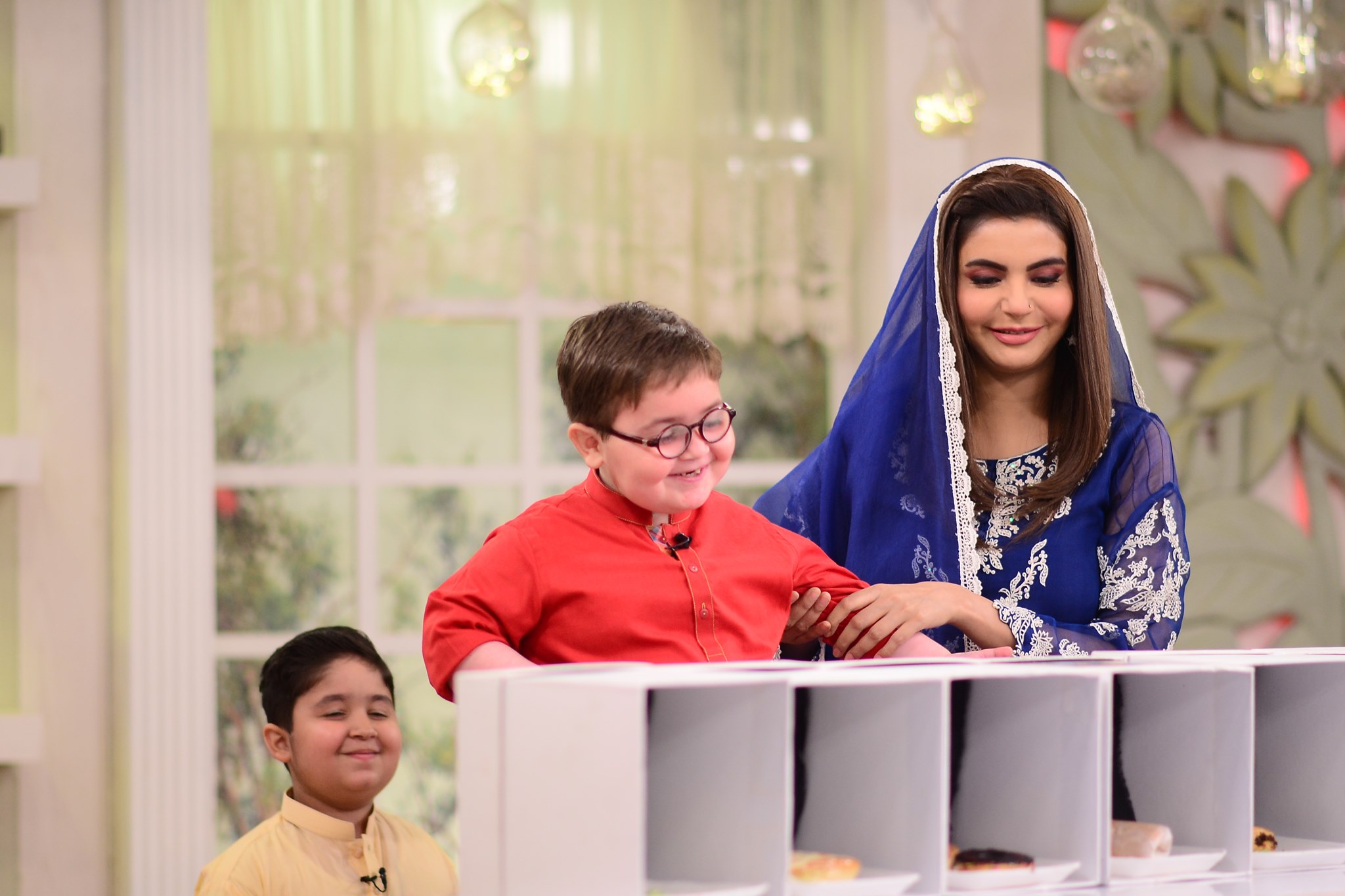