Popular Pakistani television anchor and MNA Dr Aamir Liaquat’s shocking and sudden death arose a lot of questions related to his death, many of his fans and a few family members of the television host want to know the cause of death but his children,friends and former wives Bushra and Tuba spoke against the dreadful procedure of post-mortem. Well, Dania Malik announced that she wants the autopsy of the host to be done. Dania Malik also filed a case in Sindh high court for the exhumation of late Aamir Liaquat’s body. 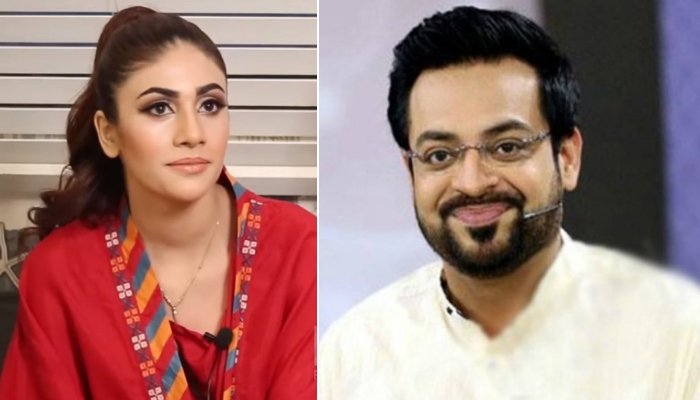 Right after her statements and case, Dr Aamir Liaquat’s ex-wife Bushra Iqbal and her children came to the media and also consulted their legal team and strictly said that they would not allow court or officials to do autopsy. 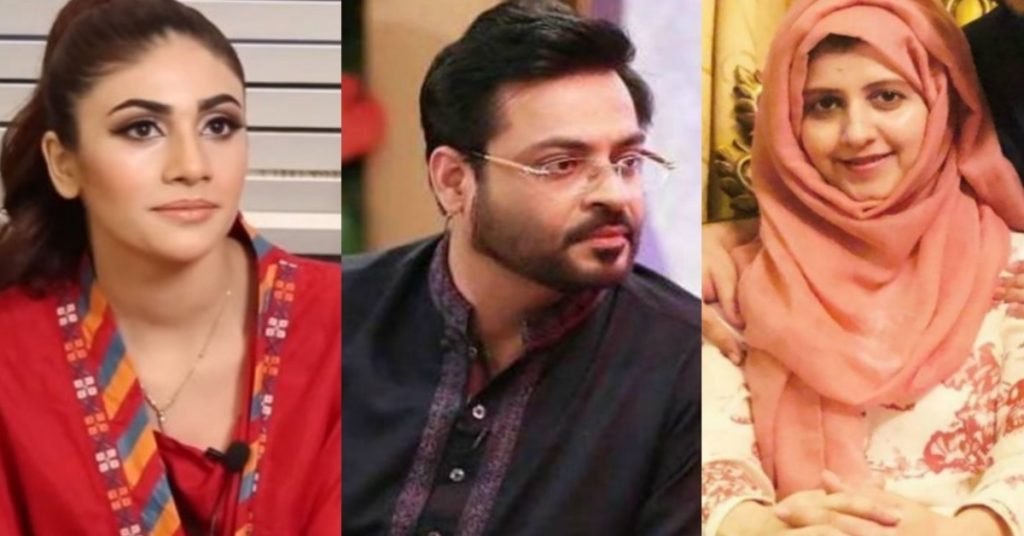 Now, Dania took her aggressive response to her Instagram and said a lot of negative and hard things about Bushra, she said, “Post-mortem will be done and I will get it done, Bushra Iqbal didn’t want to come on media after the ex husband’s death but now after hearing about post-mortem she took her daughter to the media too, why is she against the post mortem and why is she trying to delay it, now she is threatening me through the phone calls. She’s so clever, she used to have a lot of money from her ex husband” 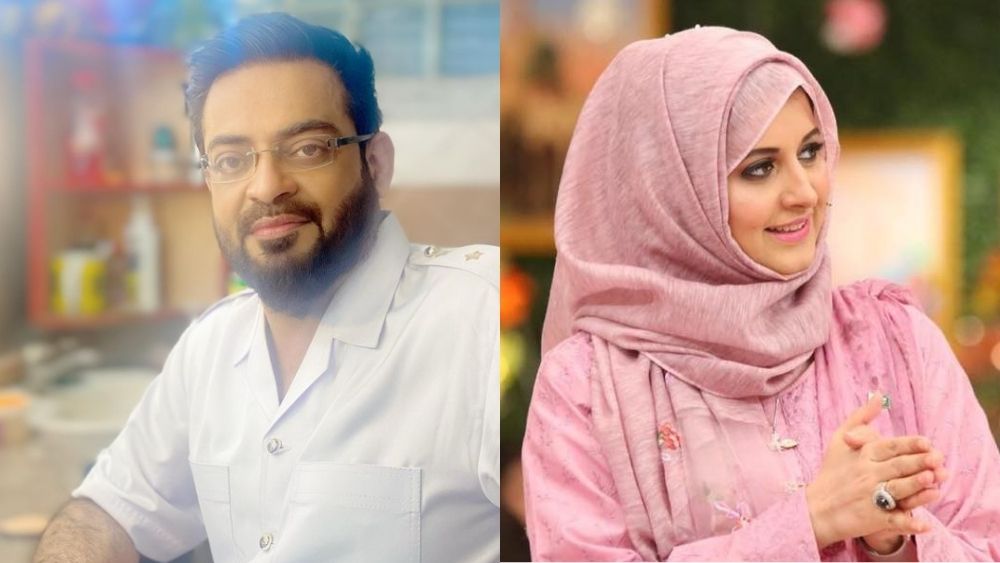 She further added, “Also when Nikkah happened, were you with me, now you have snatched his phone and spreading false news about him. Why you didn’t take any action when the video got leaked, you are more responsible than anyone because you didn’t allow your kids to meet him” Here are screen shots. 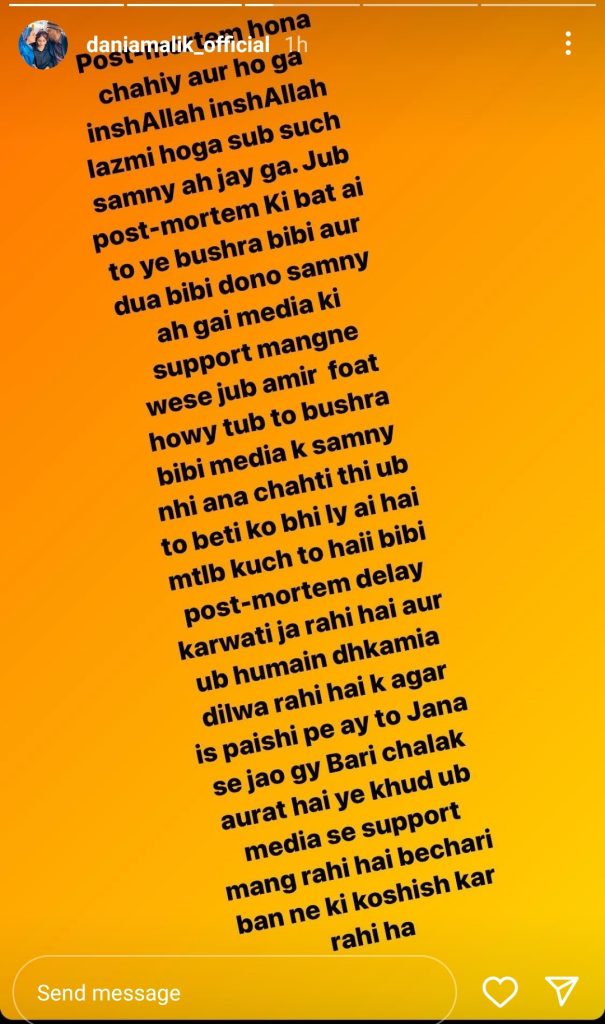 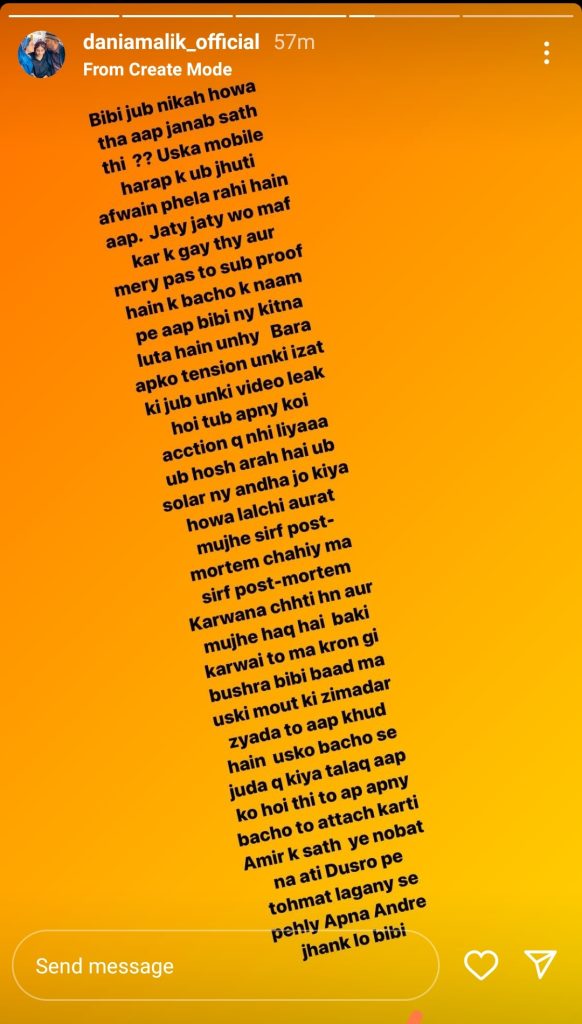 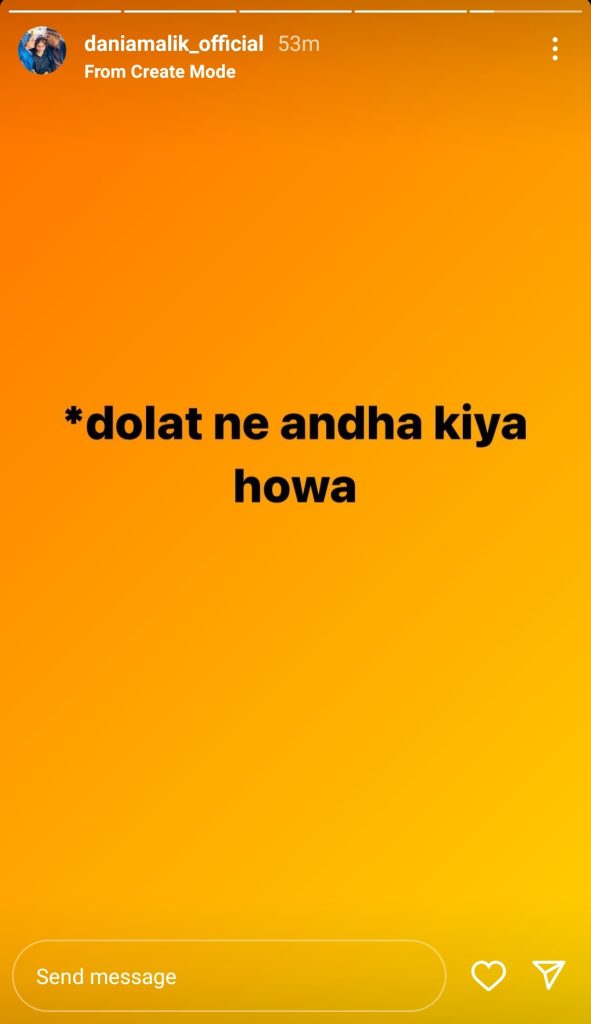 She also posted old messages of Dr Aamir Liaquat Hussain which were sent to her four days before his death. 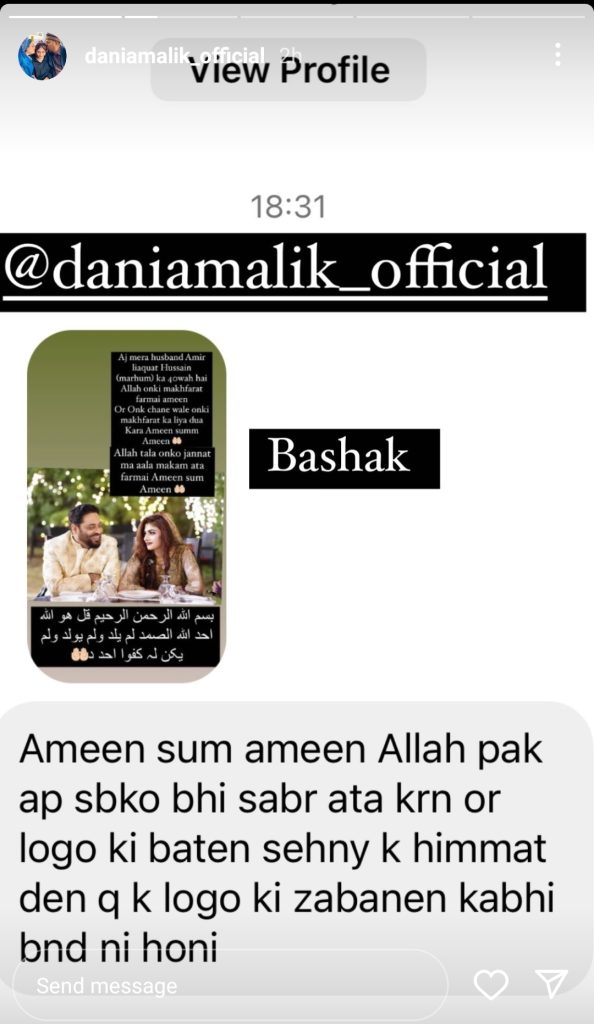 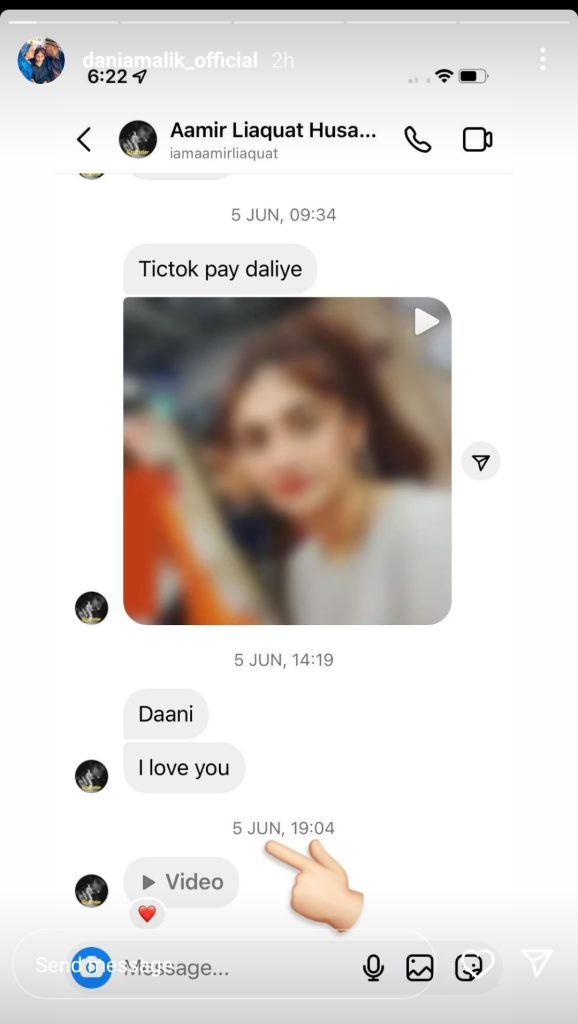 Here is the aggressive public reaction on Dania Malik’s post as the public was totally against her and said that this is her rant which she gave in frustration, they said that Dania speaks ill and she should not be given attention. They spoke in favour of Bushra Iqbal. Here are comments. 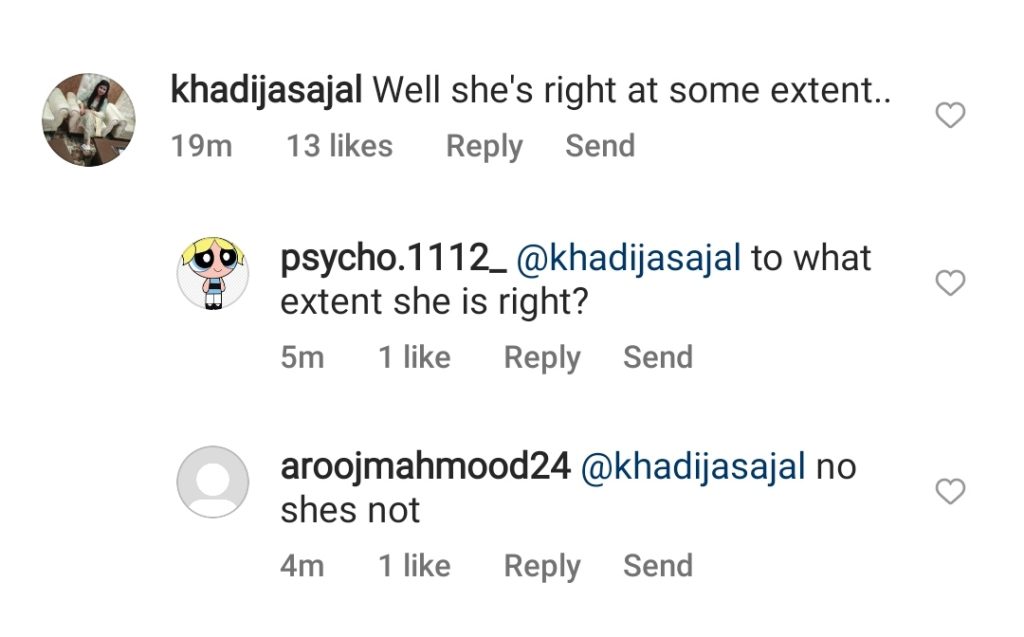 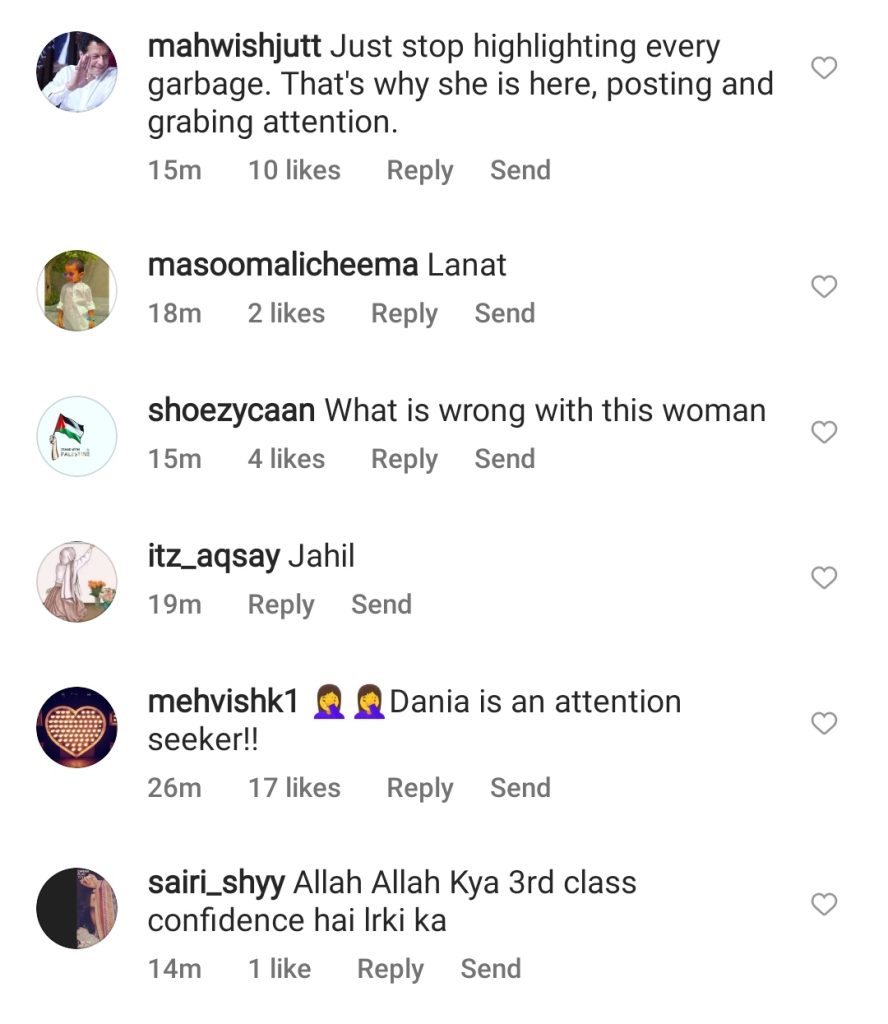 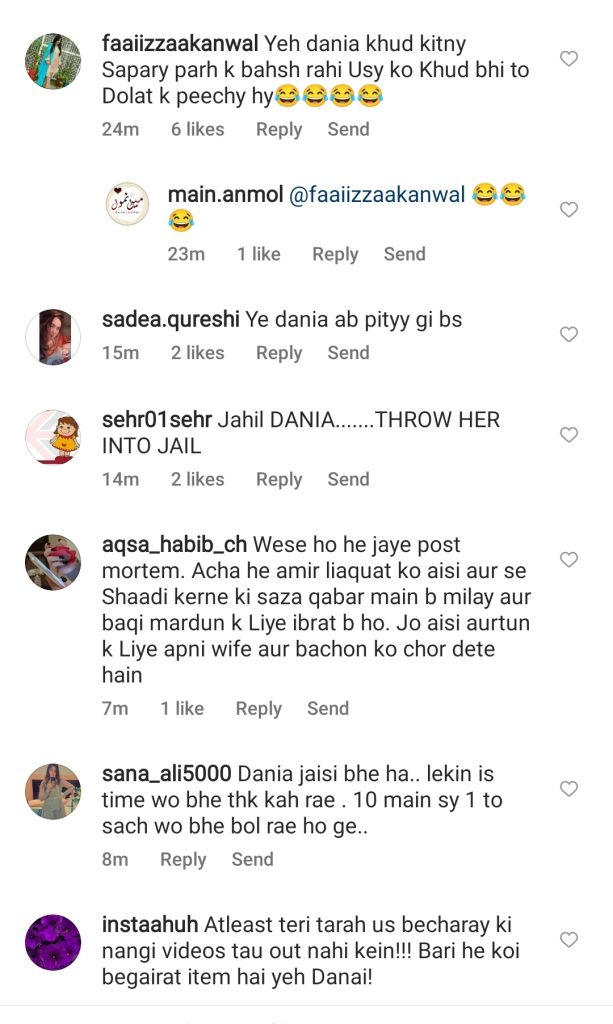 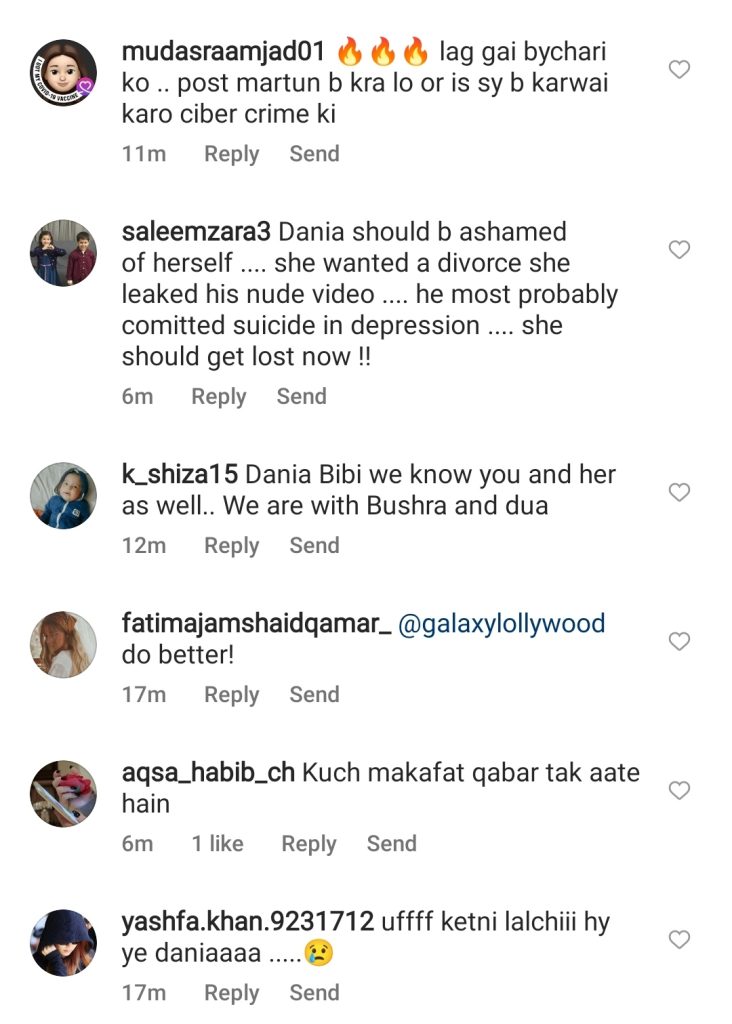 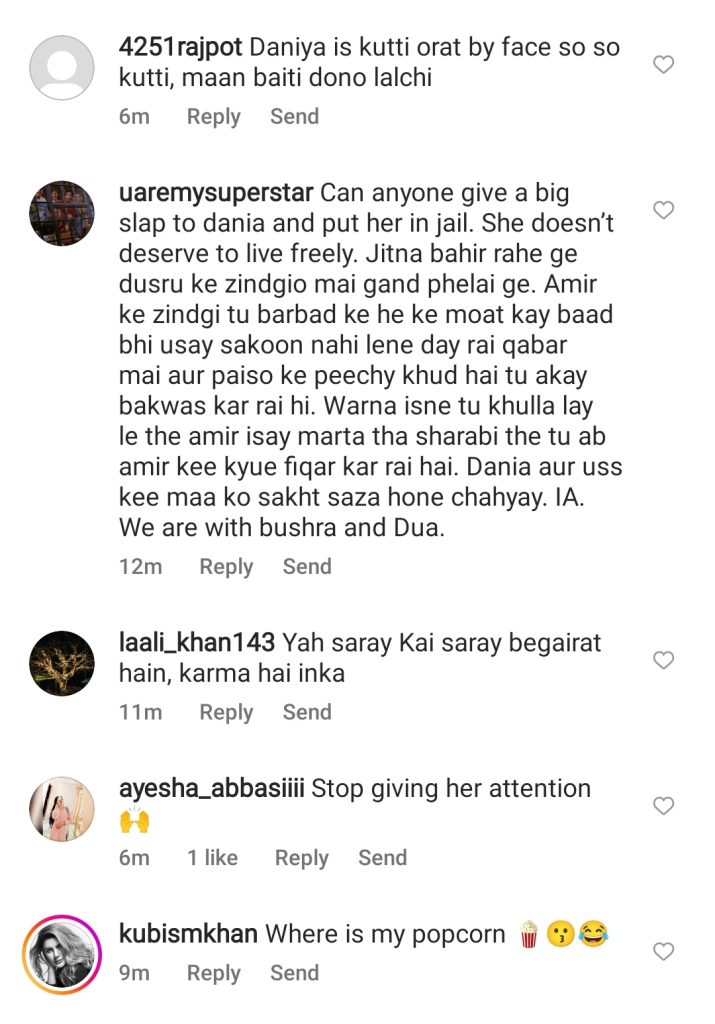 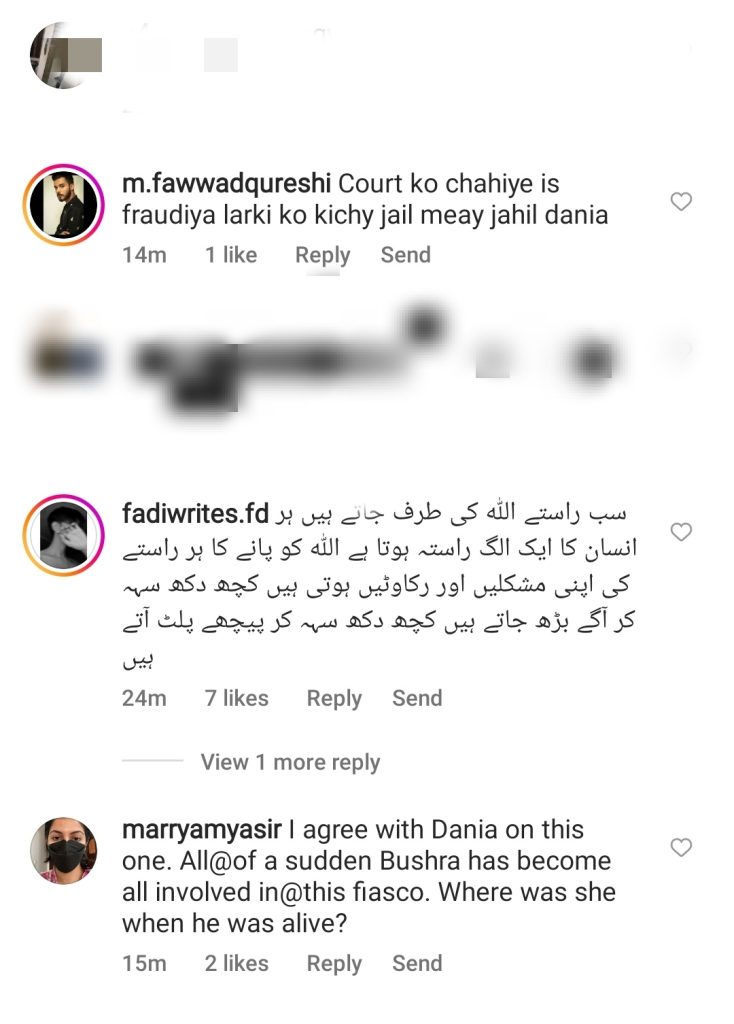