Pakistani channels have a great following for game shows like Jeeto Pakistan where the audience can win countless prizes. Celebrities like Aamir Liaquat Hussain, Fahad Mustafa and Nabeel have been a part of these shows with Fahad Mustafa having a very successful stint with his Jeeto Pakistan.

On the other hand the game show on Bol TV, Game Show Aise Hi Chalega didn’t have that much success and two hosts have already left the show including Aamir Liaquat and later Nabeel. Now, Danish Taimoor is all set to take the reins in his hands and will be the new host for the show. This will be Danish’s first time doing a show like that. 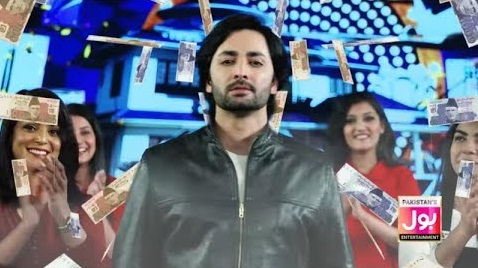 Danish has now done it all from dramas to movies and now a show. Let’s see if his entry will make the show popular or not!