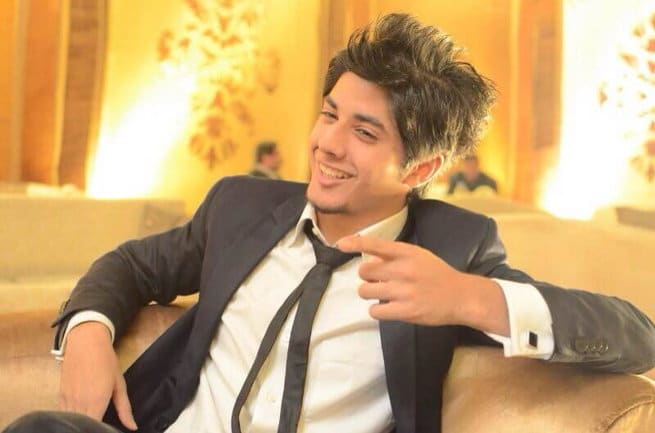 While expressing his delight over the much awaited debut, Zafar in conversation with the local publication house said:

“I always dreamt of a debut that could best help me express myself as an artist in such a way that my music could also connect with people. There are two aspects to this, one: the platform where you launch your music, this is where I was lucky enough to be considered worthy of appearing on Coke Studio – a dream comes true. Two: the music itself. He added, “Sometimes when you are working on a song that’s already been created, it’s a gamble – whether or not it’s going to be something you’ll like or whether is it true to your essence as a musician or not. I am glad that I have been very fortunate in both instances.”

Getting such a huge chance on almost no experience he said:

“As far as my experience is concerned, it was like these two extremes, on one end there was this slight pressure and nervousness – the fact that musicians I’ve grown up listening to are right there, watching and waiting for me to prove myself. And when it happened, it was just so overwhelming.”

Appreciating the efforts that are being put by everyone, on and off the stage, in Coke Studio Zafar chimed:

“Everyone involved, on and off the stage, was so amazing in their own individual capacity as artists, they empowered me so much and by the time we got done I was in this surreal state of trance. I couldn’t hear anything, all the post recording banter was suddenly in super slow-mo, voices fading out like I was in a movie. It took me a while to absorb everything. I am very exciting about putting my work out there and to growing as a musician in the years to come.”

We wish Danyal Zafar all the best for his impending debut, and hope that he is going to be a rock-star like this brother.