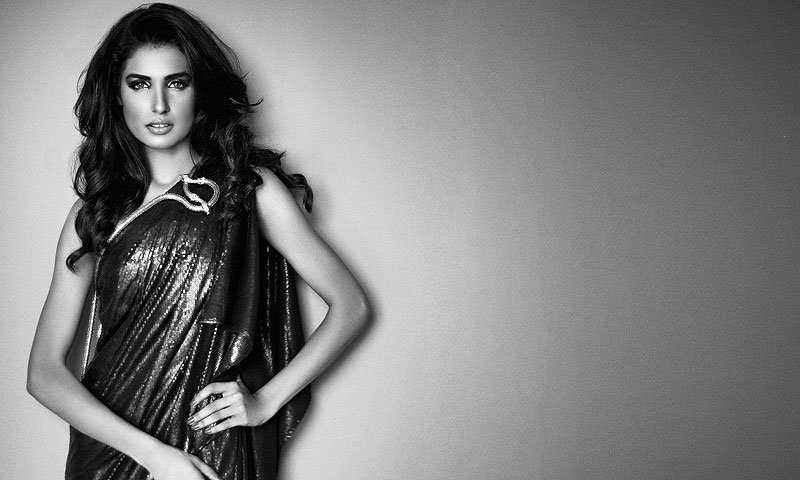 Amna Ilyas has already reached heights in her not so long career. Redefining the meaning of beauty with her dark skin, the actress with her debut flick ‘Zinda Bhaag’ almost went to Oscars. On the other hand, she is one of the luckiest actresses because of working with Sabiha Sumar in critically acclaimed ‘Good Morning Karachi’. Now, she is all set to take her career up a notch with ‘Saath Din Mohabbat In’.

The sultry and ever gorgeous model will be seen sharing the screen with Mahira Khan, Mira Sethi, and Sheheryar Munawar in the film of versatile duo, Meenu and Farjad.

Talking about why she gave the green signal to acting after a long time, she revealed:

“I basically signed the film because Meenu and Farjad are great friends of mine. I also really liked my character, it’s that of a feminist and just a very strong female character, there’s a bit of action as well. I felt there was substance in it and I really wanted to take it up.”

“It also has a lot of acting margin, I think that’s all an actor is hungry for. Also I believe if you’re a good actor, you prove yourself no matter who’s standing in front of you.”

She also said that she is very good friends with Mira Sethi, who will be seen playing a Punjabi girl in the movie. Amna has high hopes with the film and so do we, which is expected to wrap up shooting by September this year.