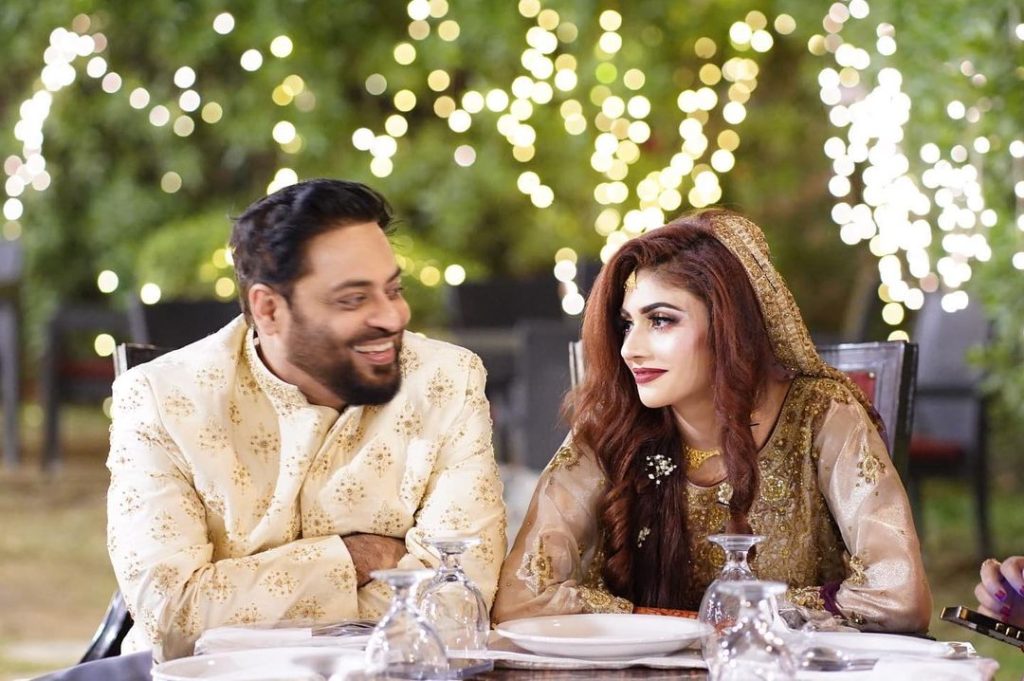 They have since posted a lot of content together, mostly Tiktoks made by Syeda Dania Shah  with her husband featuring and romantic songs playing in the background score. People have had strong reactions to some of their videos together. It is a well-known fact that Aamir Liaquat can give all sorts of controversial statements. The new couple’s outing on Nadir Ali’s podcast was also that. 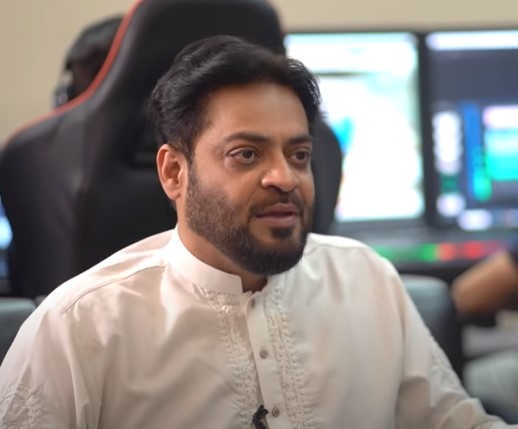 The latest one comes when he reacted to a meme shared widely on social media about his wedding to Syeda Dania and targeting their massive age difference: 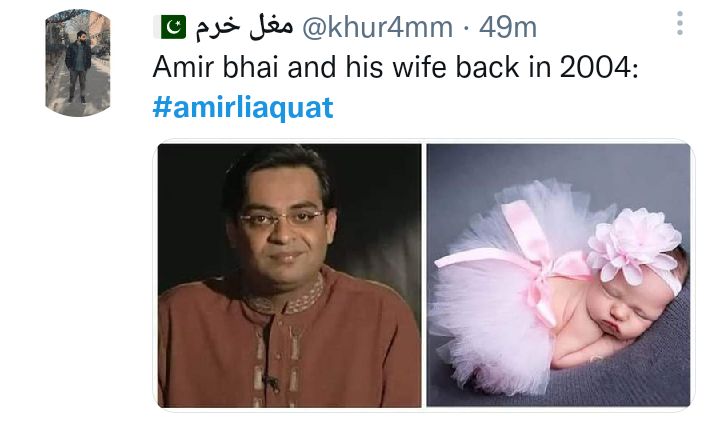 Reacting to this meme, Aamir Liaquat went on a bizarre tirade justifying marriages to your adoptive kids. He had an  explanation as you are not the child’s mehram and only guardian. He further justified his explanation by quoting Bollywood film Lamhe starring Anil Kapoor and Sridevi. Checkout: