Bichoo is a Hum television drama serials which comes under the category of soap serials. The drama narrates a tale that tells the story of a jealous and hateful person who ruins others lives. The story of the drama has been written by Maimona Aziz. The drama has been directed by Syed Whab Abbas Jafri and Adeel Qamar Khan. It is a Momina Duraid Productions. The cast of the drama includes Tuba Anwar, Subhan Awan, Maria Malik, Khalid Bin Shaheen, Afraz Rasool, Ahmad Randhawa, Hira Soomro, Ayesha Sohail, Sajida Syed, Sana Nadir, Farah Nadir and Salma Asim. 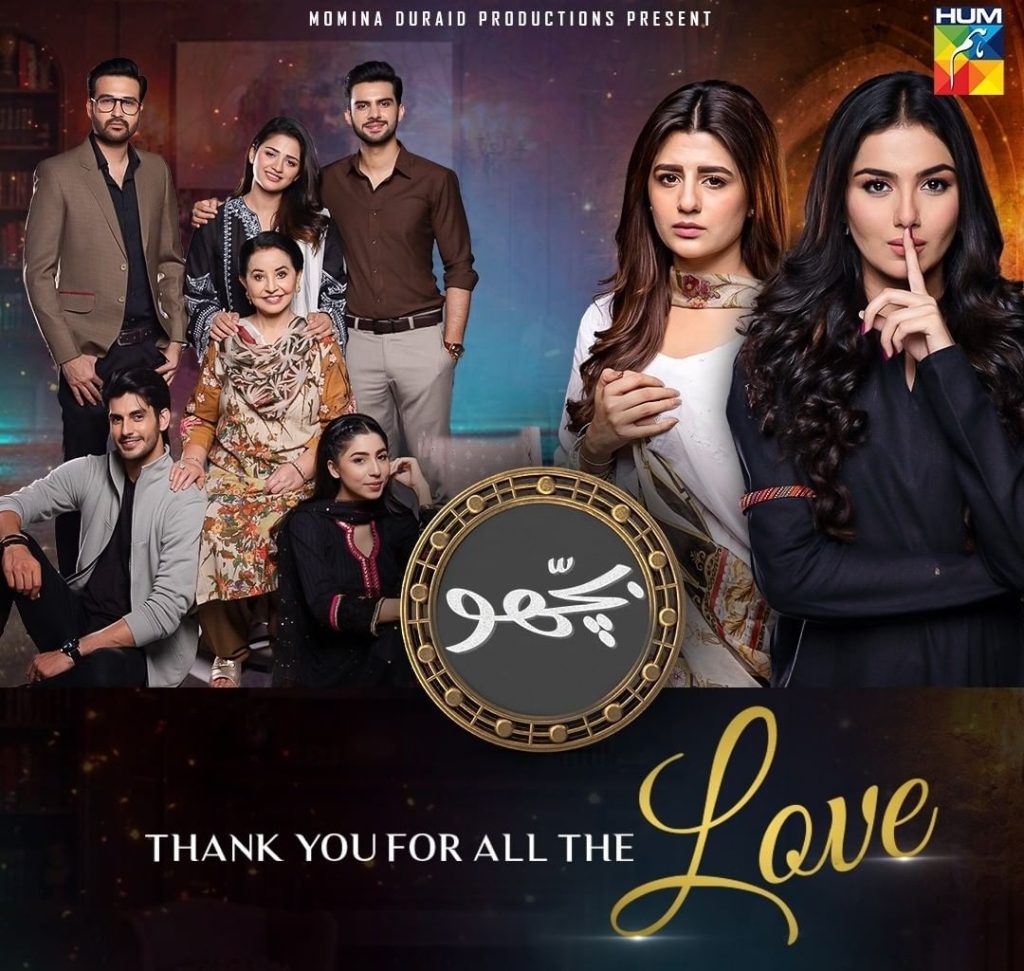 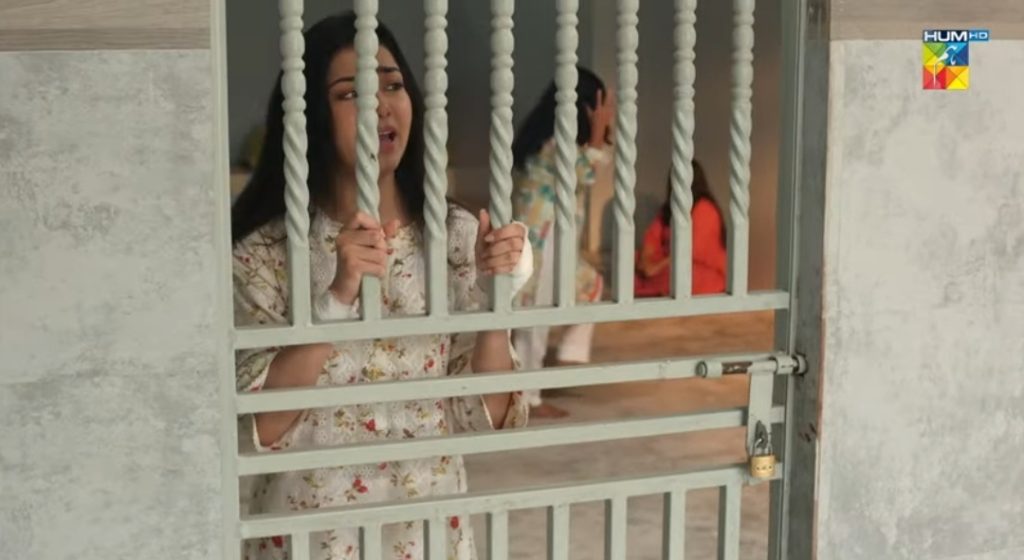 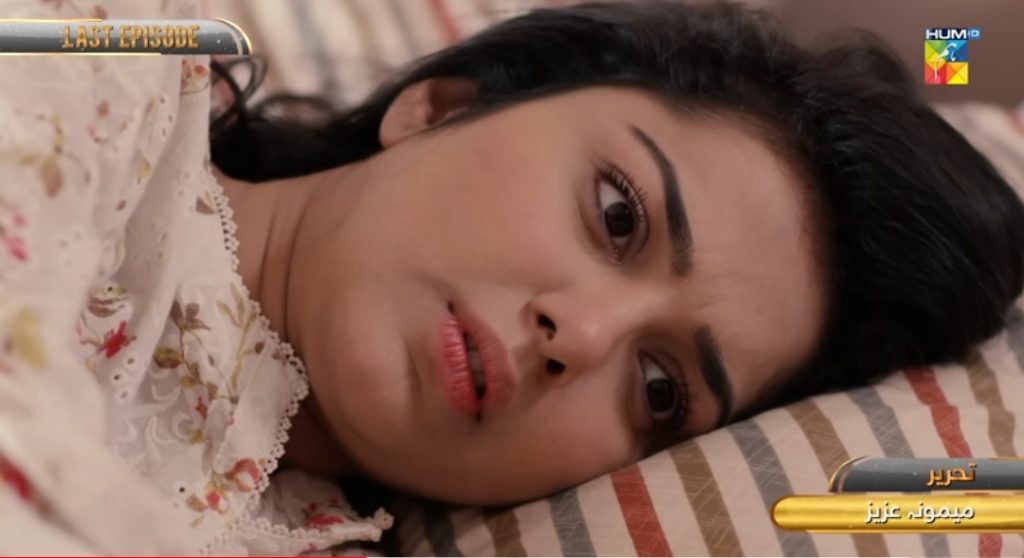 Today, the Last Episode of the drama was aired on HUM TV at 7:00 pm. Fans praised the drama and admired the acting of the cast. They said that they loved the ending. They said that Afreen met with the right fate as she deserved this end but such endings only happen in dramas. Viewers loved the drama and the storyline but a few fans said that the drama was good but the story was a little stretched in later episodes of the serial. Fans from India Bangladesh and Nepal praised the ending of the drama. A few fans said that Pakistani directors are following one pattern regarding endings by punishing one person and leaving others, they said that many dramas ended in same way. Overall, fans loved the drama, storyline acting and the ending. A few fans didn’t like the drama. Have a look at all the comments. 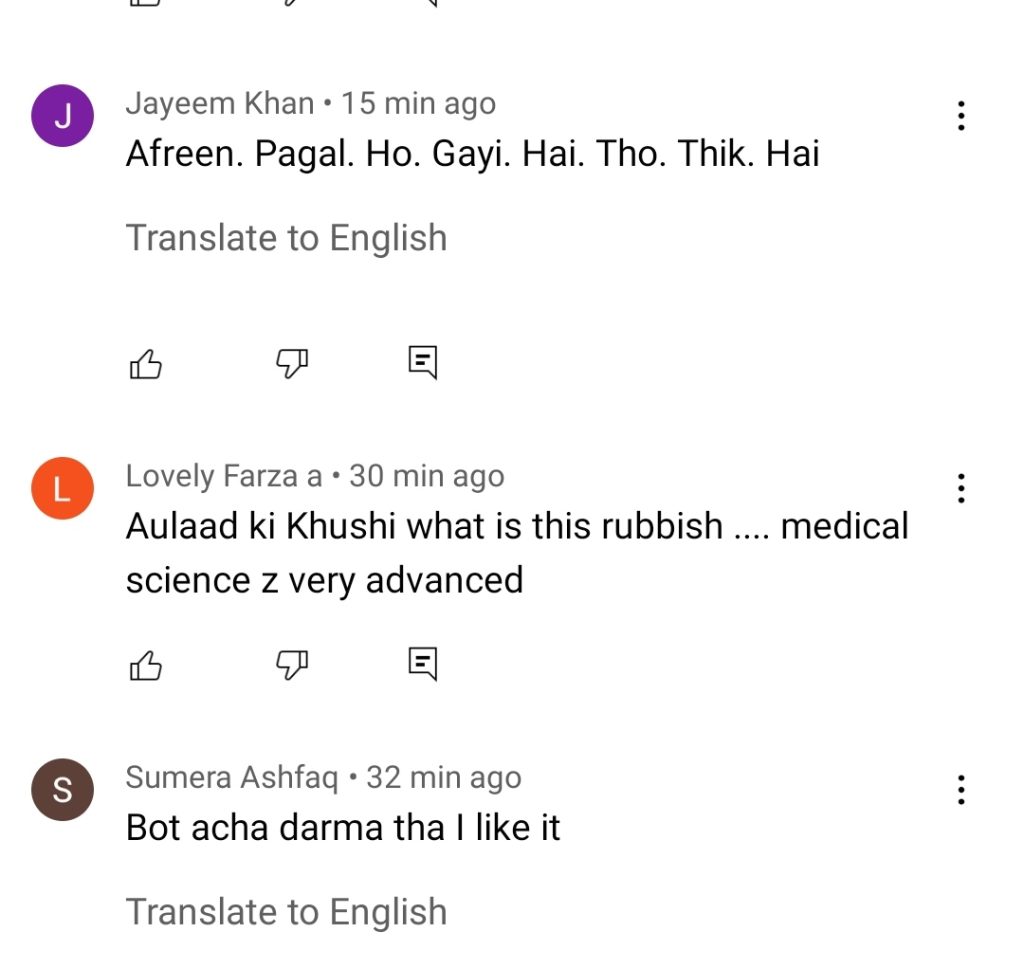 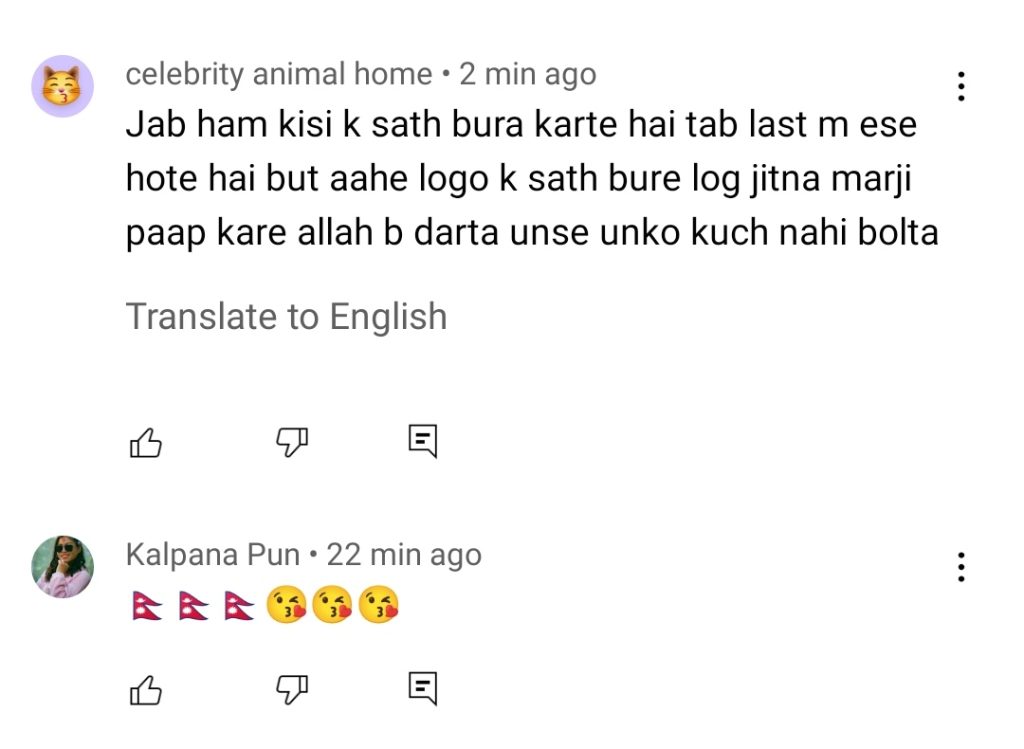 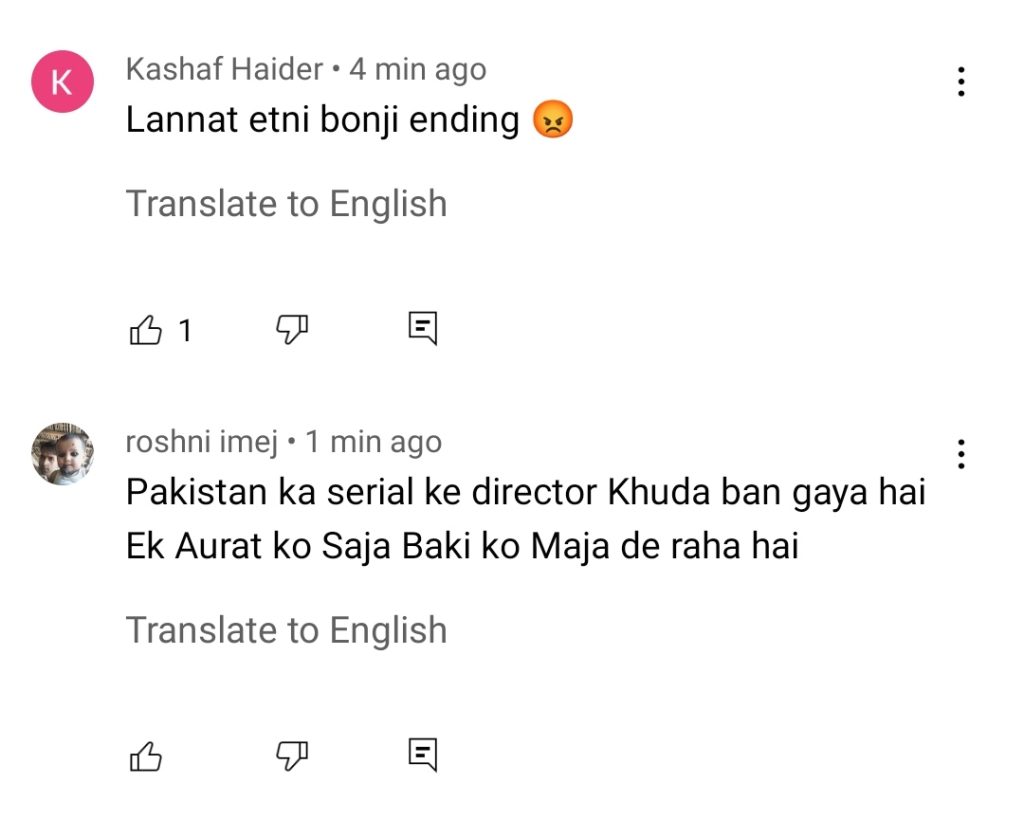 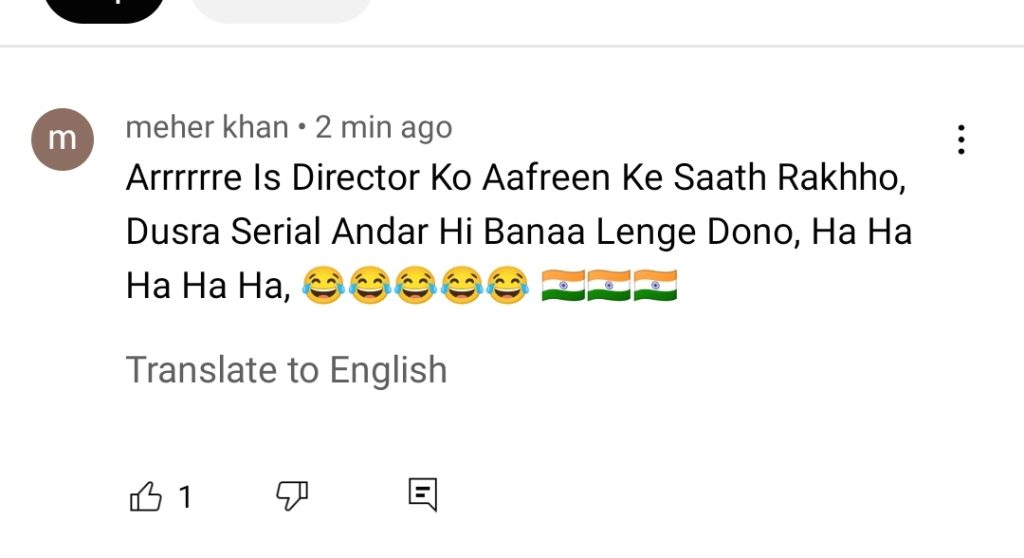 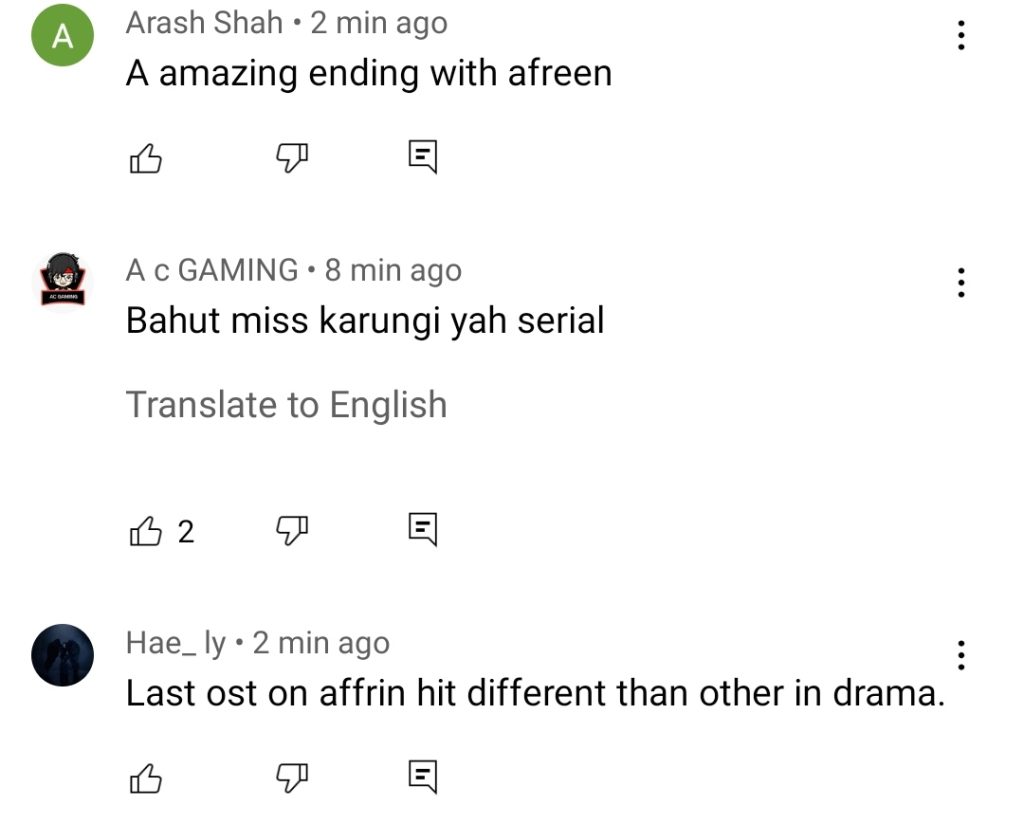 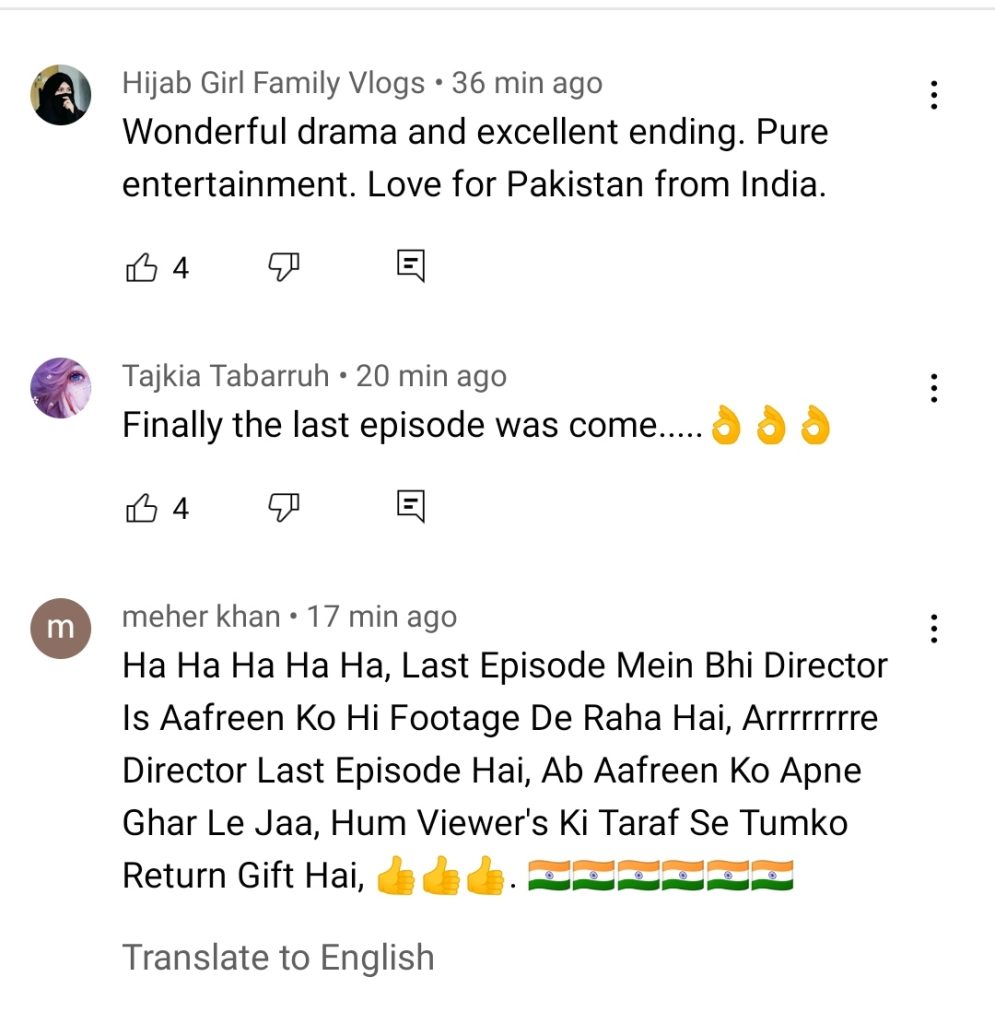 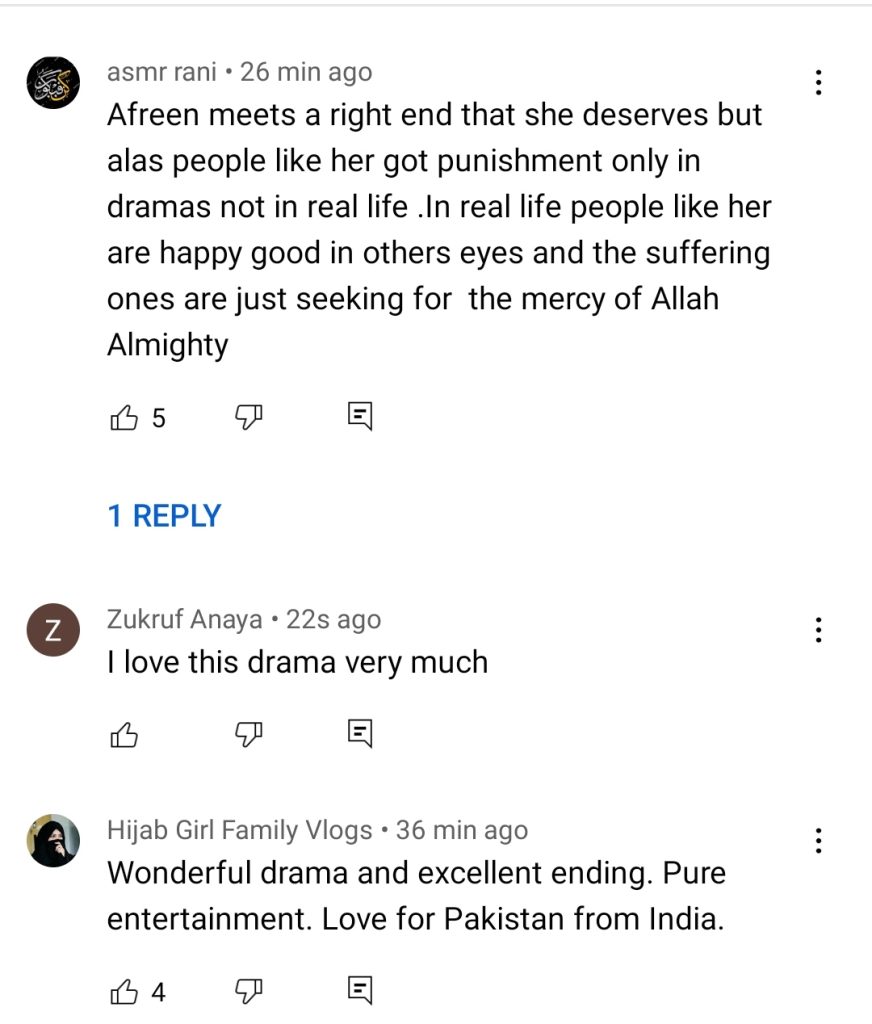 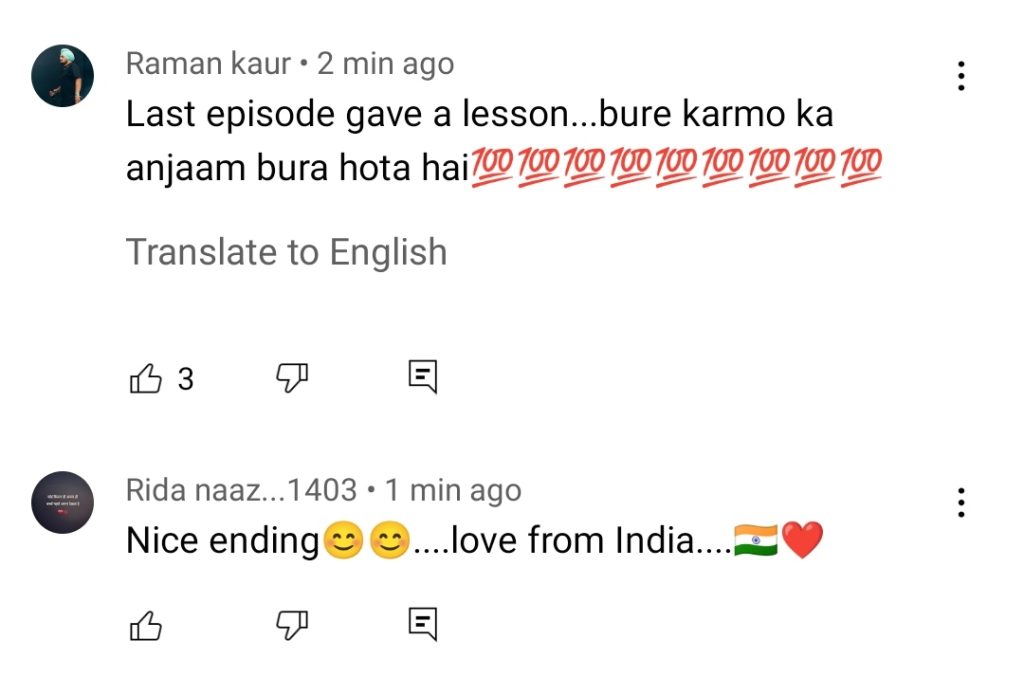 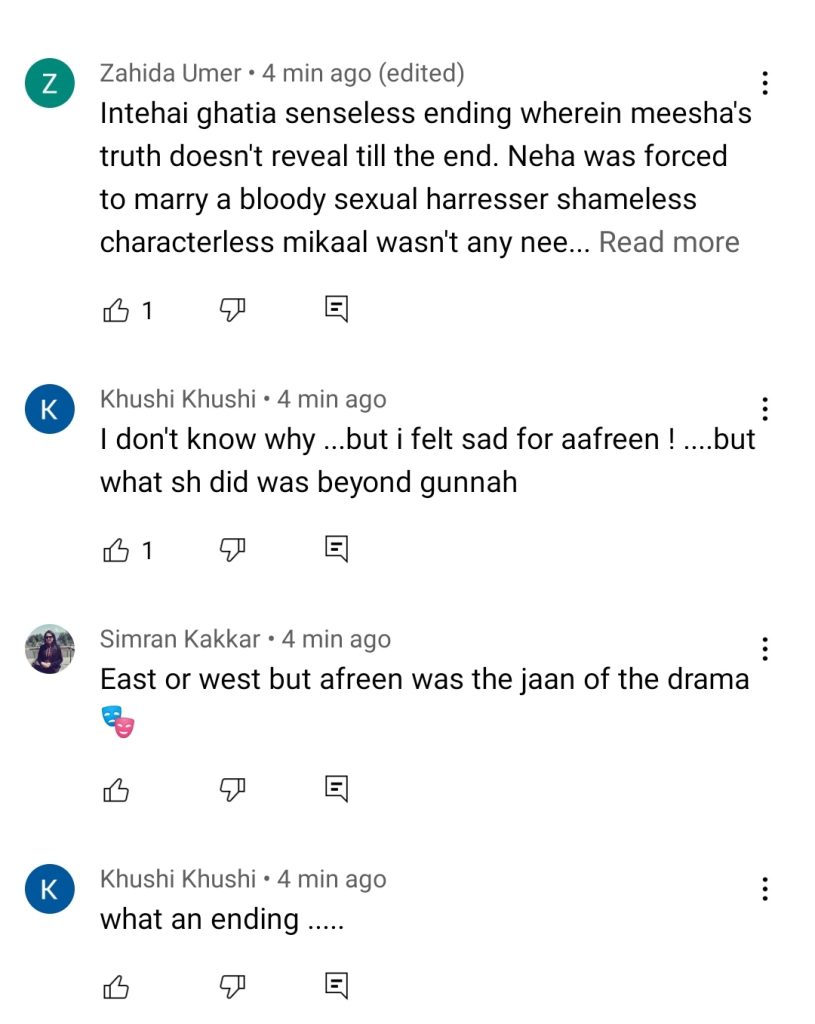 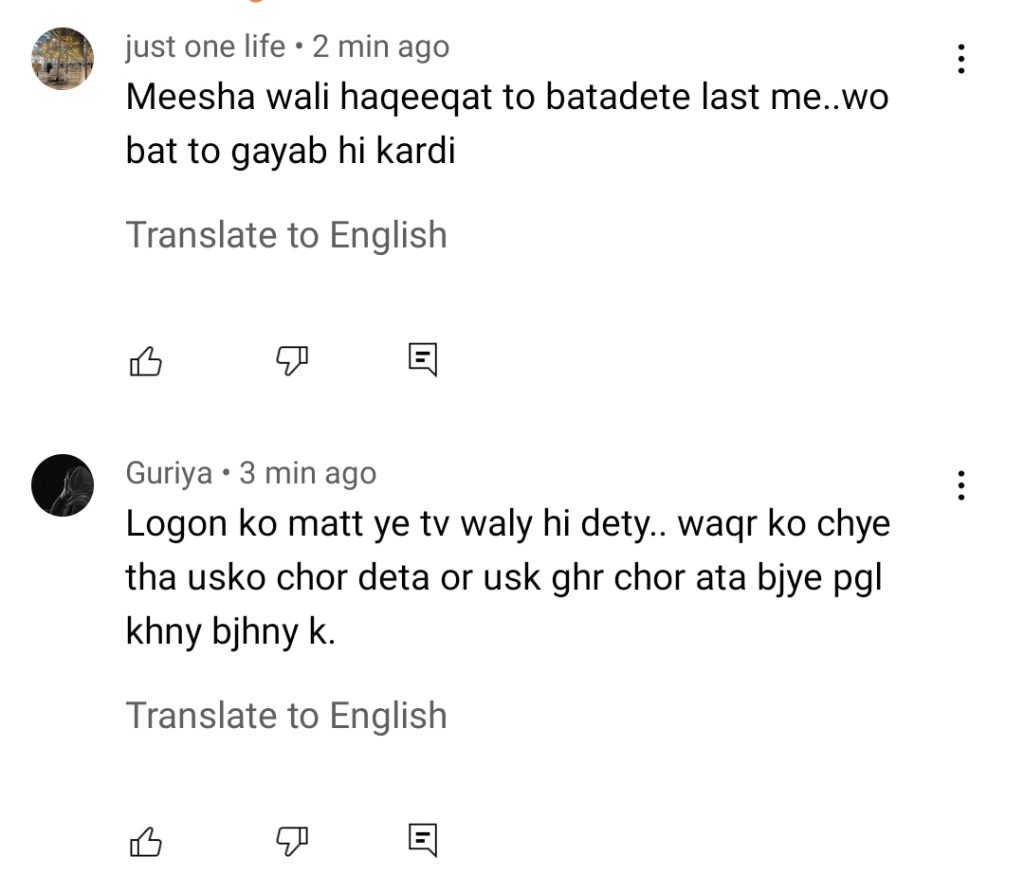 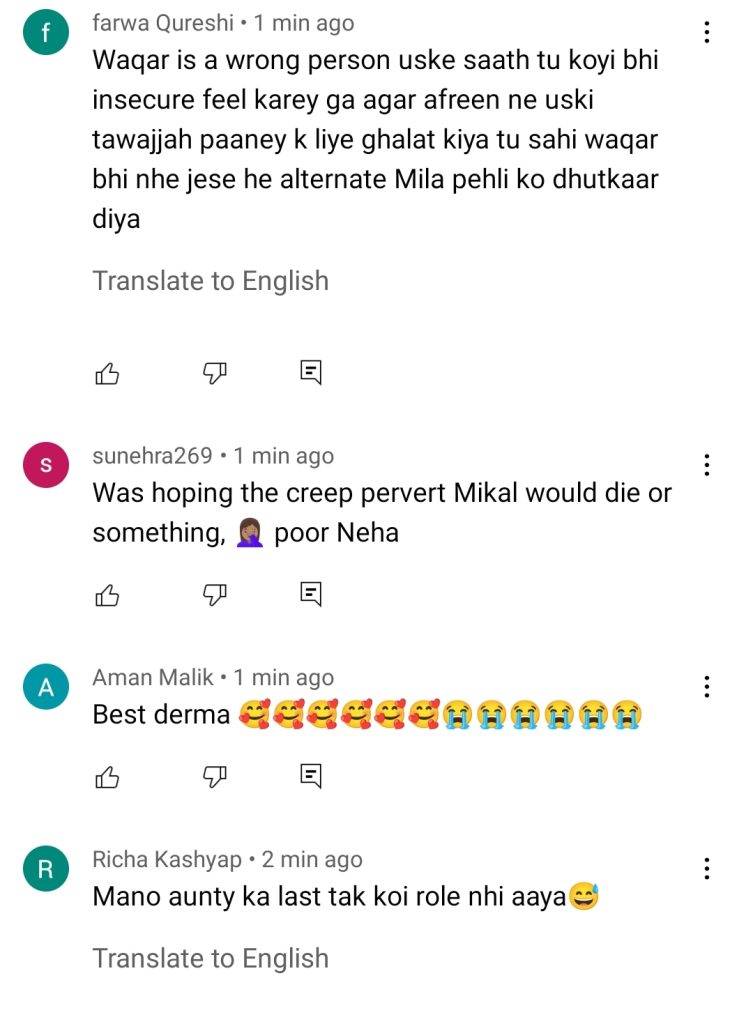 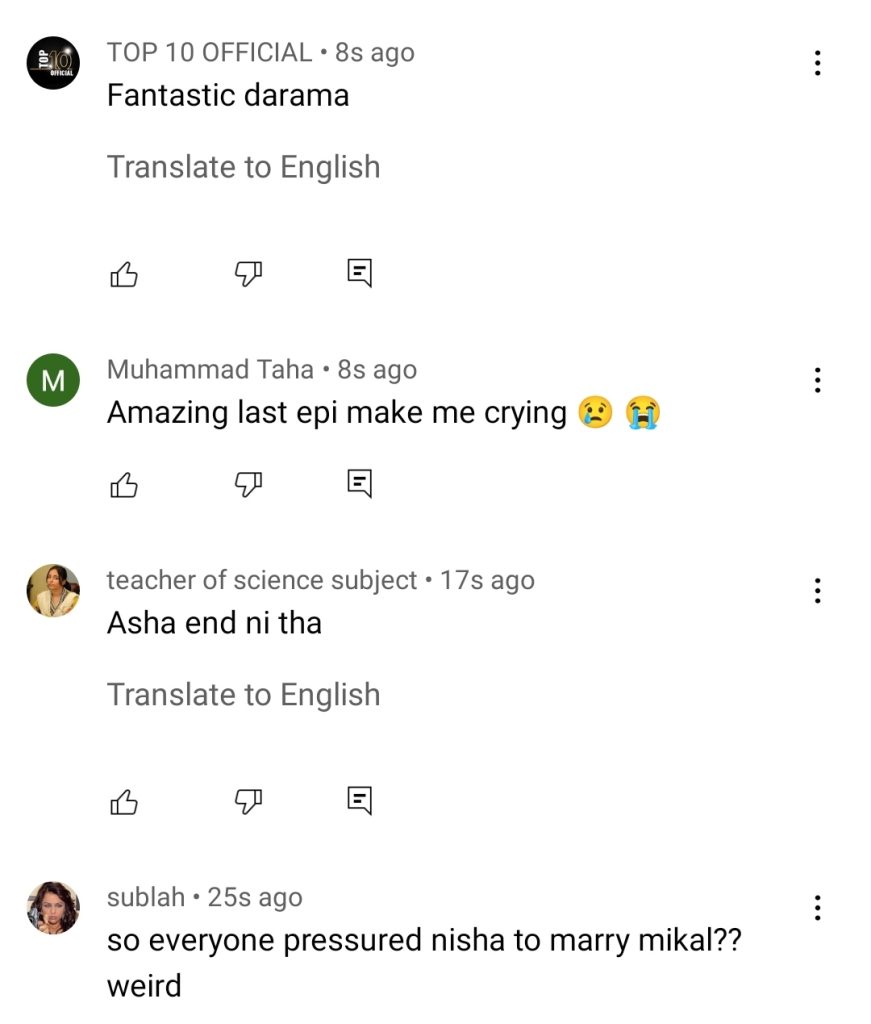 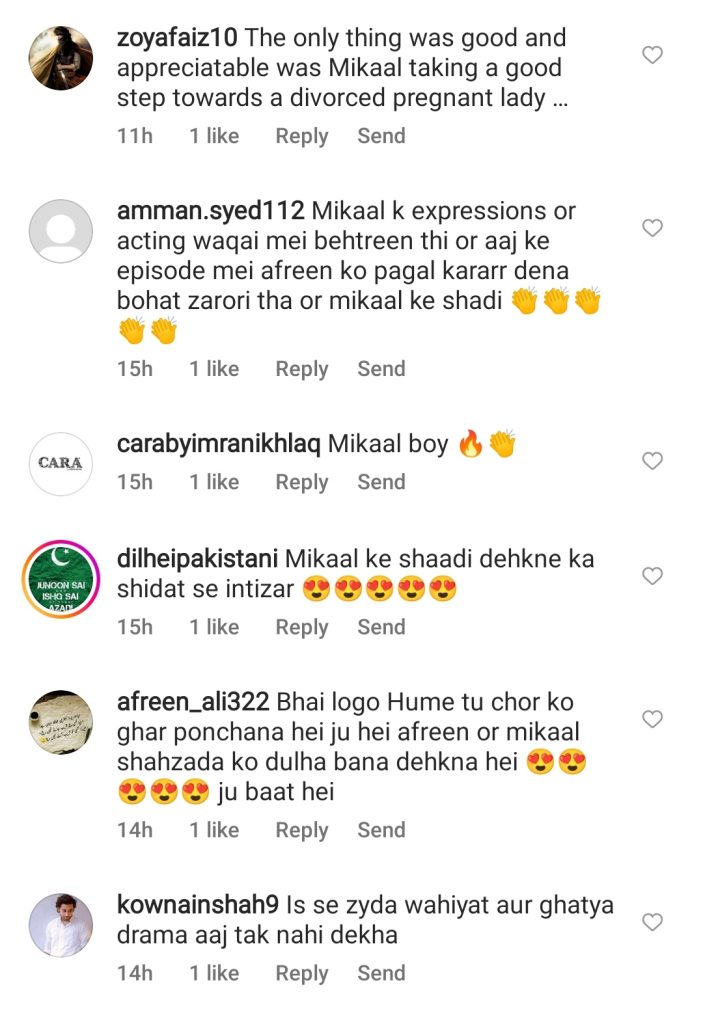 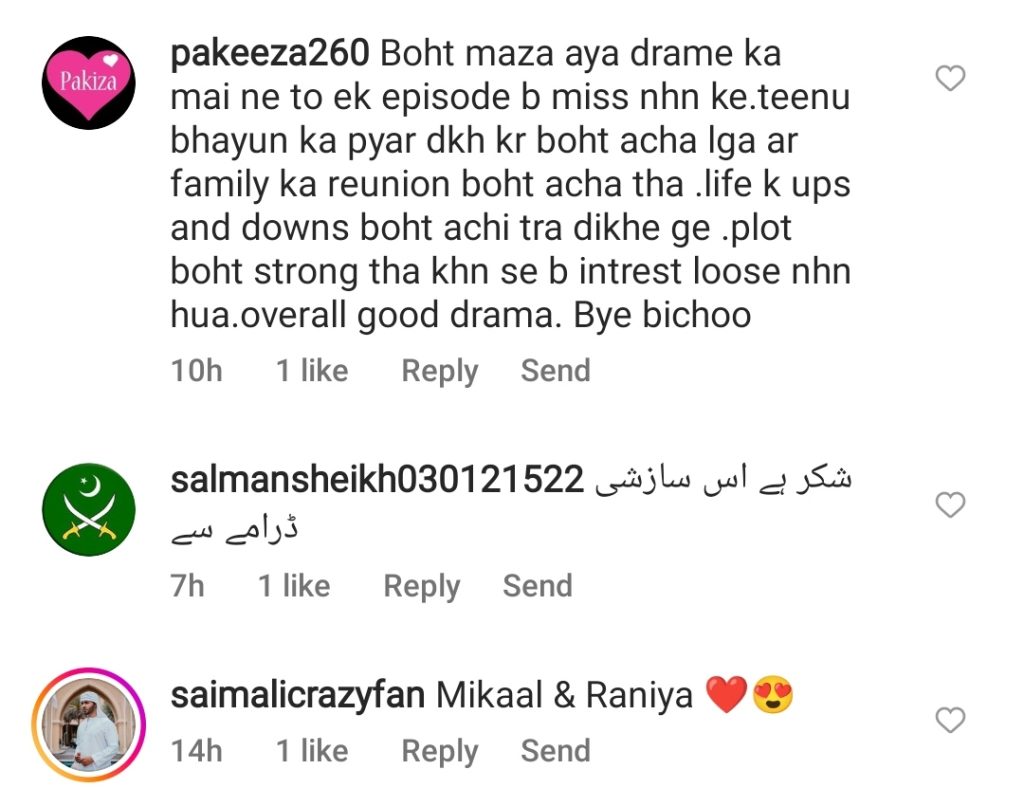