Duke And Duchess Of Cambridge Arrived At Evening Reception By Rickshaw

The royal couple made entry to the event in style.

The royal couple has arrived in Pakistan. The couple has started paying visits to different places as soon as they arrived.

The Duchess of Cambridge made impressive entrance wearing a bottled green gown and Prince William wore a green colored sherwani as they arrived for a reception in Islamabad tonight in a rickshaw. 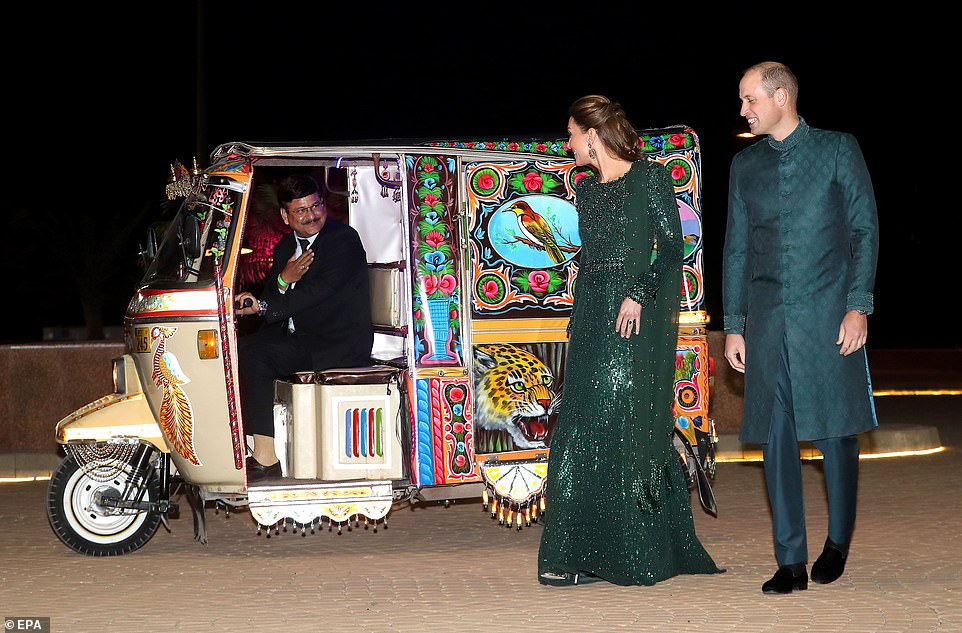 Let’s check out the royal couple arriving in full style at the reception.

VIDEO: The Duke and Duchess of Cambridge arriving at Islamabad’s Pakistan Monument in a traditional rickshaw … 🚕 pic.twitter.com/8Tq1tR4yj5

The sherwani of Prince William was designed by Karachi-based designer Naushemian, while Kate wowed in a Jenny Peckham dress and Onitaa earrings. 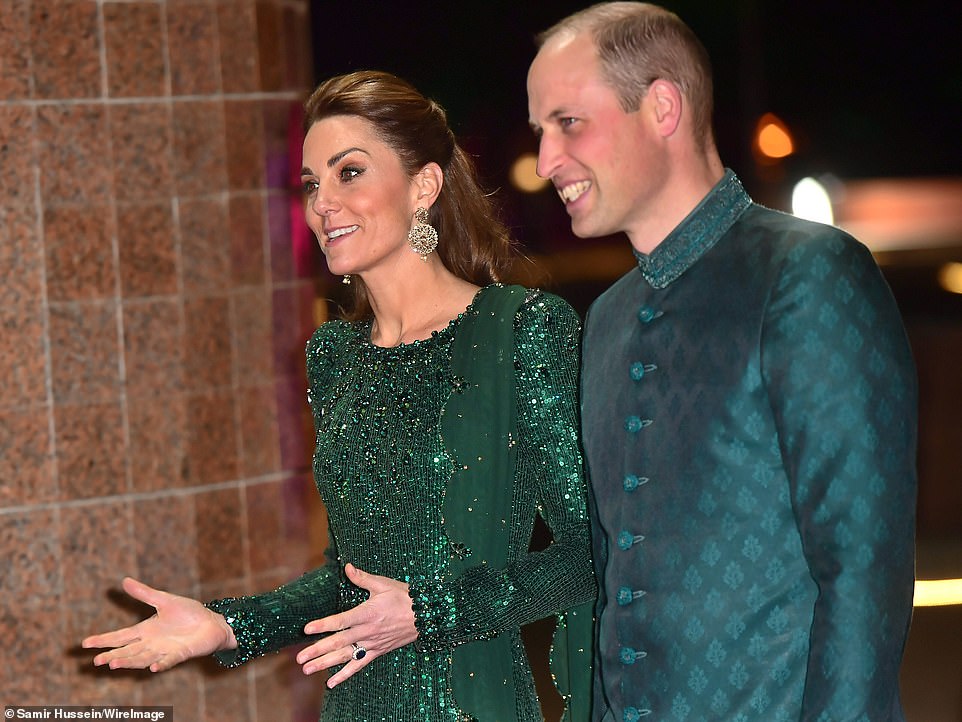 The Duke, 37, is due to make a keynote speech at the event, describing Britain’s support for Pakistan’s frontline role in the fight against terrorism.

He is expected to pay tribute to Pakistan as “unbelievably diverse geography that spans deserts to glaciers and everything in between”.

“It is the birthplace of the youngest ever Nobel peace prize winner,” he will say.

“We share unique bonds and so it will always be in our best interests for Pakistan to succeed.”

We have more pictures of the royal couple. Let’s have a look! 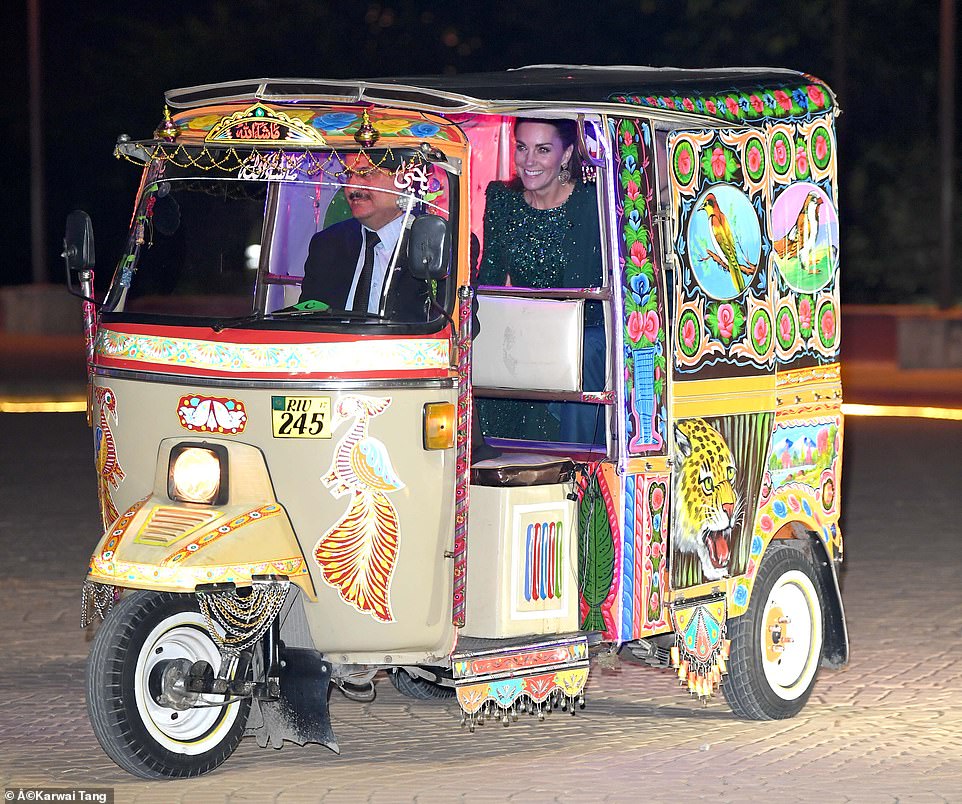 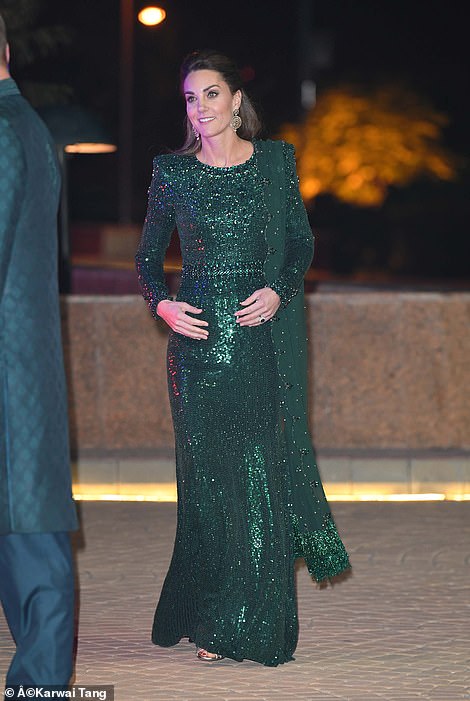 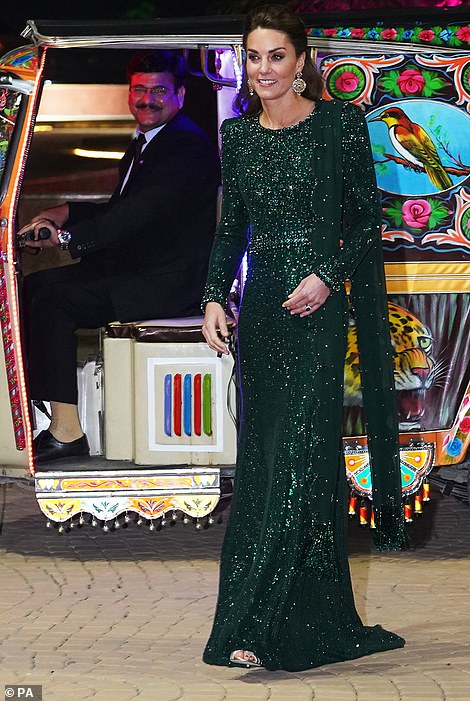 The reception is hosted by Thomas Drew, the UK’s high commissioner, and held beneath the spectacularly lit curves of the national monument, which was built to commemorate the unity of Pakistan’s people.