Well its was obvious and expected that India,out of its extreamist nature will be going to ban its artist who have performed recently in Karachi, Pakistan. Yes we are talking about singer Mika Singh who especially came to Pakistan through Wagha border to perform in a private event of an influential pakistani family, said to be close relatives of Former President Musharaf.
Mika performed in Karachi and right after two or three days, All India Film Body imposed ban on Mika Singh.
We all remember what they did to Mr Om Puri and it is said that their establishment has murdered him on speaking up against an Army officer ‘s son out of rage in a show, when anchor agitated him on working in Pakistan.
Well india does that, every time. What did they do with Mr Navjot Singh Sidhu when he attended oath taking Ceremony of our Prime Minister, yes he has been thrown out of Kapil Sharma Show.
Now, it’s Mika ‘s turn. And here we will show you how happily an extreamist Nation is chanting about the ban here are tweets attached, no fabricated stories and big fat lies but some butt hurt facts about India. 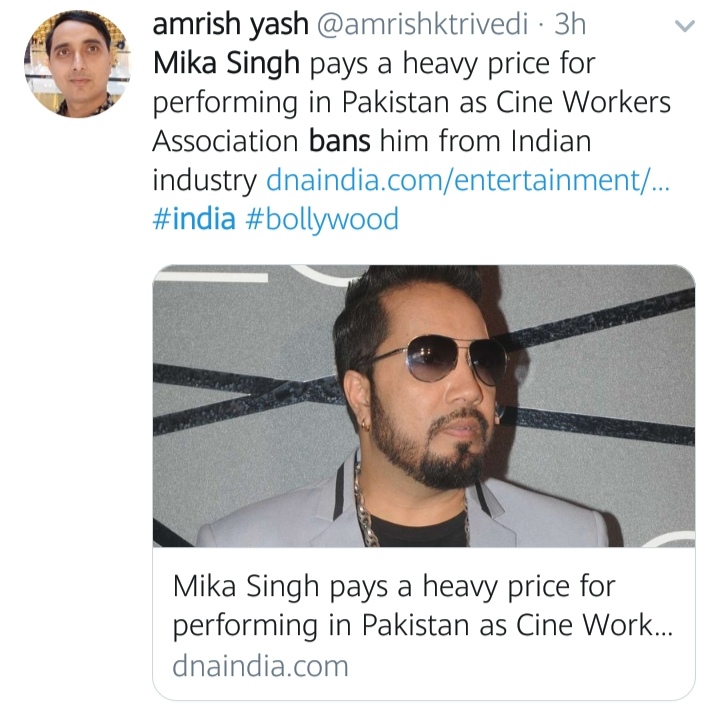 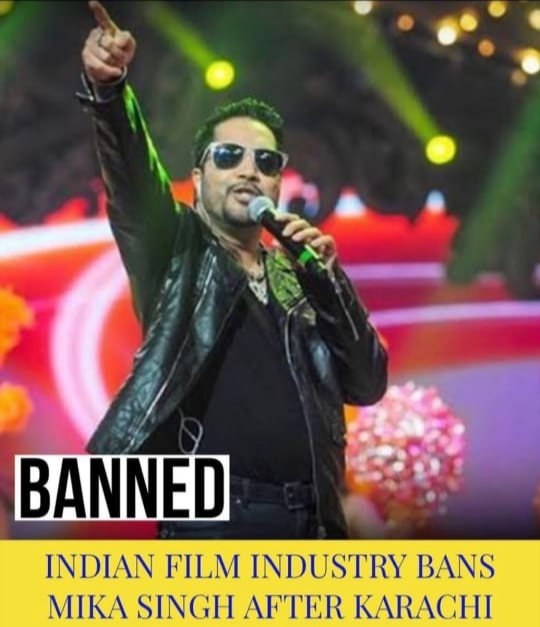 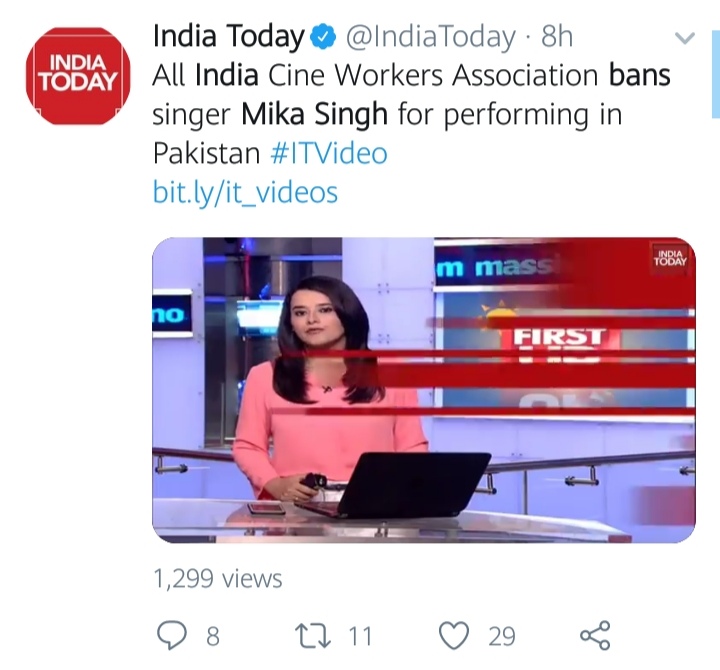 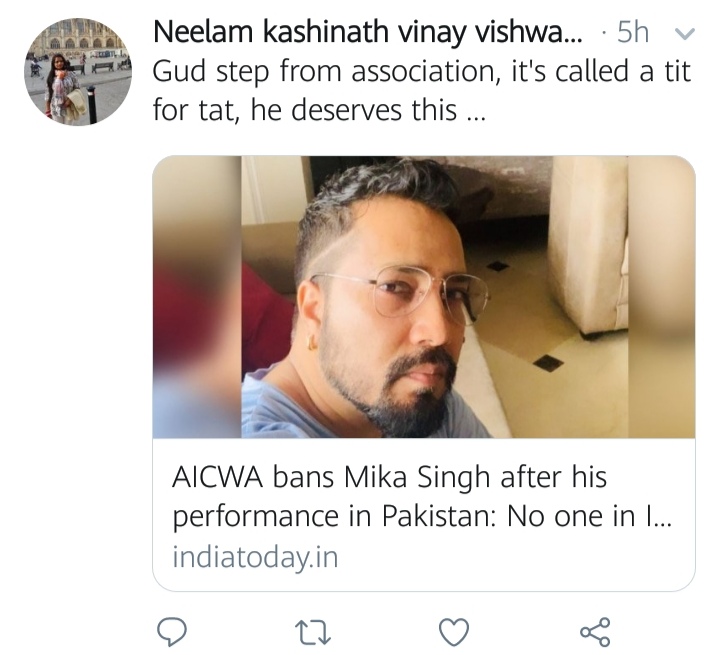 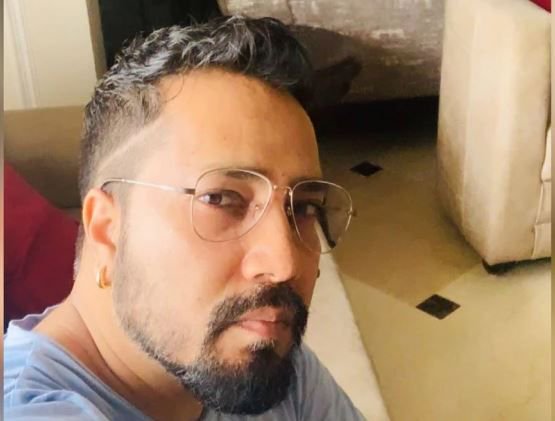 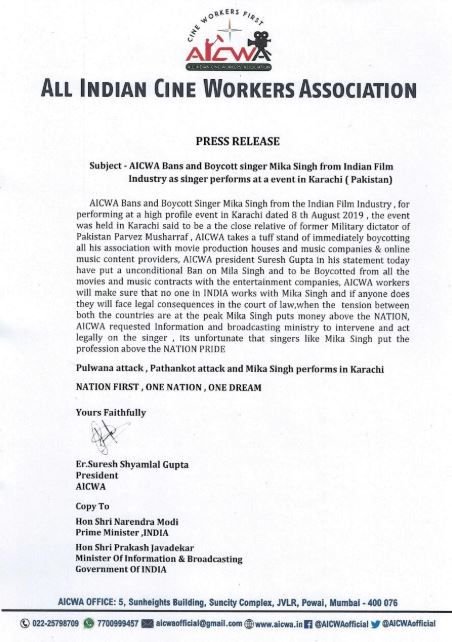 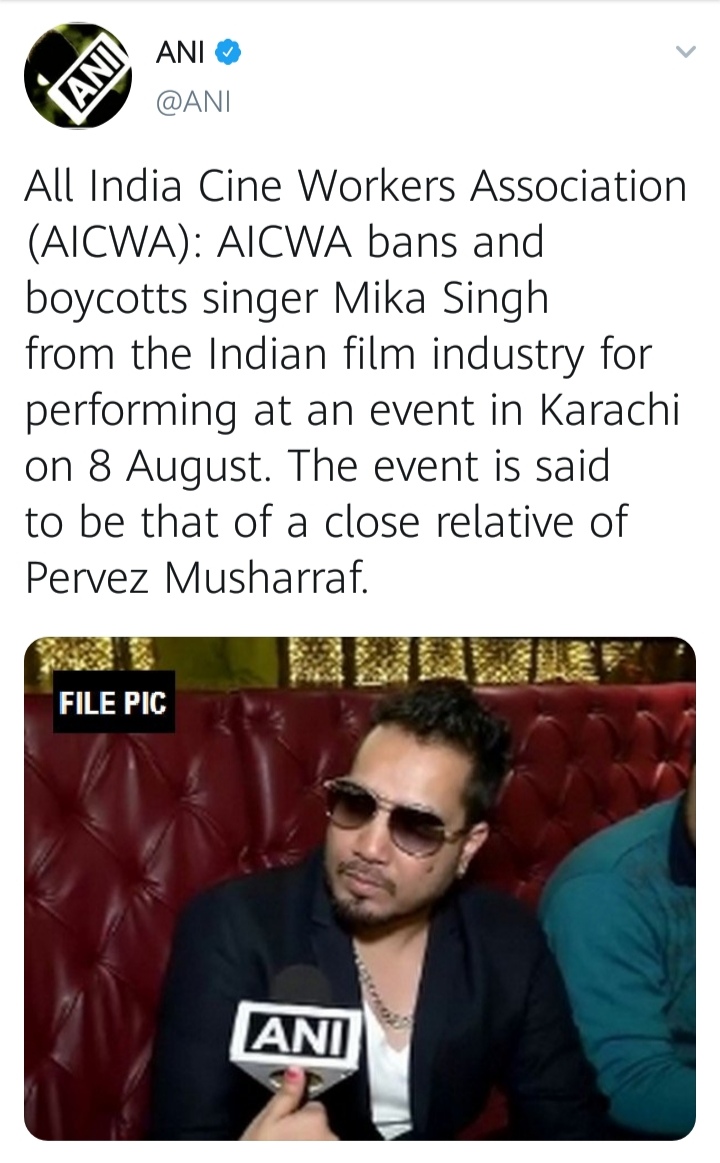 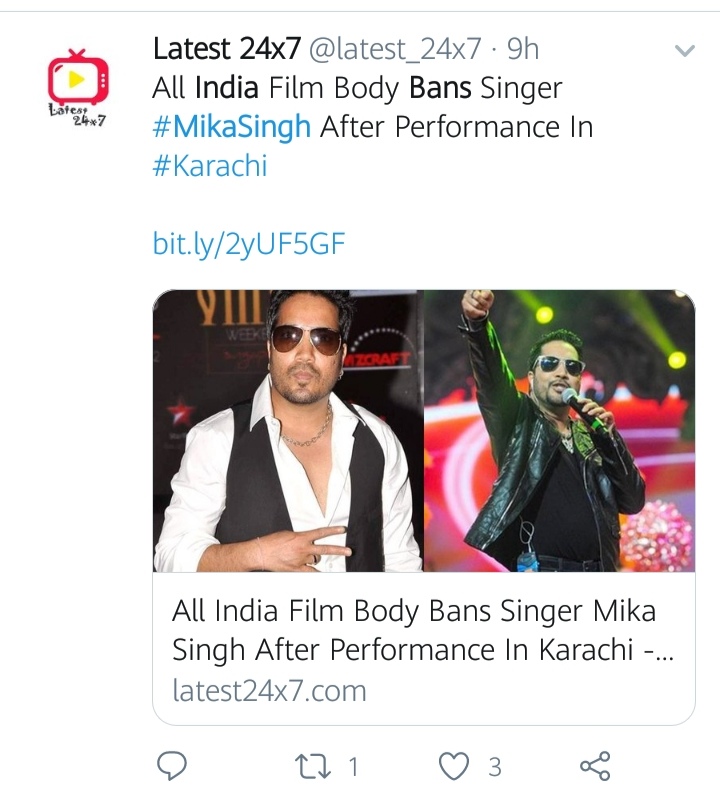