Hamza Ali Abbasi makes full use of his facebook account in order to express all kinds of opinion whether they are status updates meant to inform the viewers about his upcoming projects or they are his own personal opinions about things that are happening in Pakistan or around the world. Hamza Ali Abbasi’s fans always look out for what he has to say and he always gets a good response from them.

It is ironic and hypocritical of facebook to remove one of Hamza Ali Abbasi’s posts only days after the owner of facebook Mark Zuckerberg declared that he believed in the freedom of speech and he wasn’t going to allow anyone come in his way. This statement by Mark Zuckerberg came after according to him some Muslims threatened him of dire consequences if he did not remove some posts that insulted their Prophet Muhammad PBUH.

Hamza Ali Abbasi in his post talked about the recent events in France in which he expressed his opinion not only about those responsible for the killings but also the West for not being able to understand the responsibility with which the right of freedom of speech is to be exercised. His status update was removed minutes after it was posted. Hamza Ali Abbasi’s account was deactivated for a while because he crossed certain limits set by the facebook administration. Here is what Hamza said in his post: 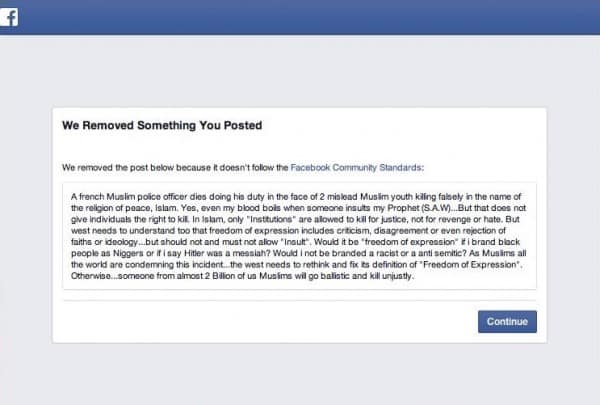 This is what the owner of facebook said about freedom of speech last week: 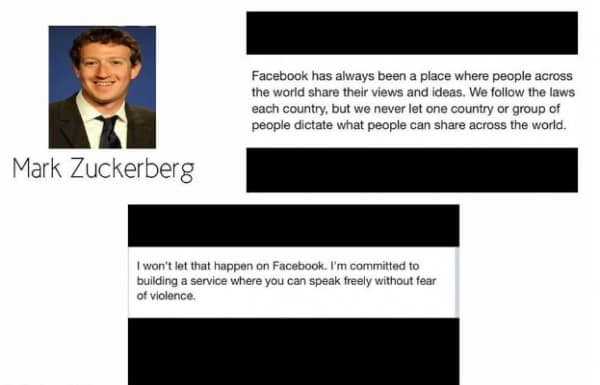