Fahad Mustafa to be absent from television screen in coming months

Fan of Fahad Mustafa! then be ready to miss him on television screen as  he may be going off the screen for a while. Reason he wants to concentrate entirely on his recently started film career. Fahad is currently working in films ‘Poora Chaand’ and ‘Na-maaloom Afraad’, both are filmed in Karachi.

Fahad is refusing all drama offers and eagerly completing his pending work in already signed dramas. News are that Fahad is also planning to produce his own film. 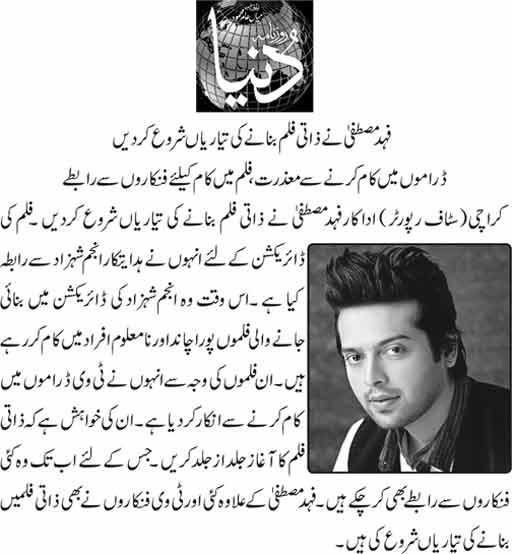