Faizan Sheikh and Maham Amir is a beautiful young couple from the entertainment industry. Both have worked together in several Urdu dramas and became the best on-screen couple. In 2018, Faizan and Maham tied the knot with each other and left their fans in shock. Their wedding pictures were all over the internet, and the couple became the talk of the town.

Faizan and Maham appeared as guests in several talk shows where they shared their marriage life. How are they managing the new phase of their life with professional life? It’s really difficult to keep a balance between her work and family, but Faizan and Maham are handling it perfectly.

Recently, Faizan and Maham appeared as special guests on Pyara Ramzan hosted by Doctor Amir Liaquat which goes live on Express-News. Maham looked stunningly gorgeous in an off-white cut-work frock while Faizan did match by wearing white shalwar kameez. Both are giving some major couple goals. Faizan and Maham seem to be really happy in all of their pictures.

Here are some of the latest pictures of Faizan Sheikh and Maham Amir from the set of Ramzan transmission. Have a look! 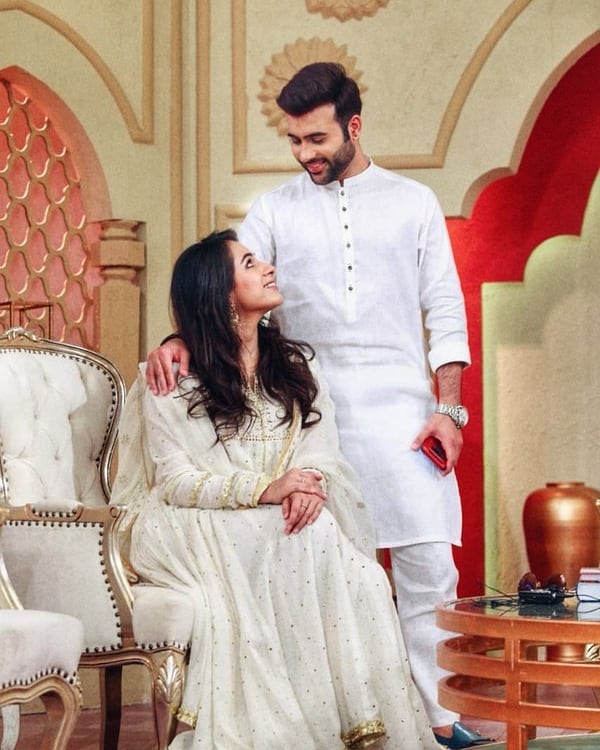 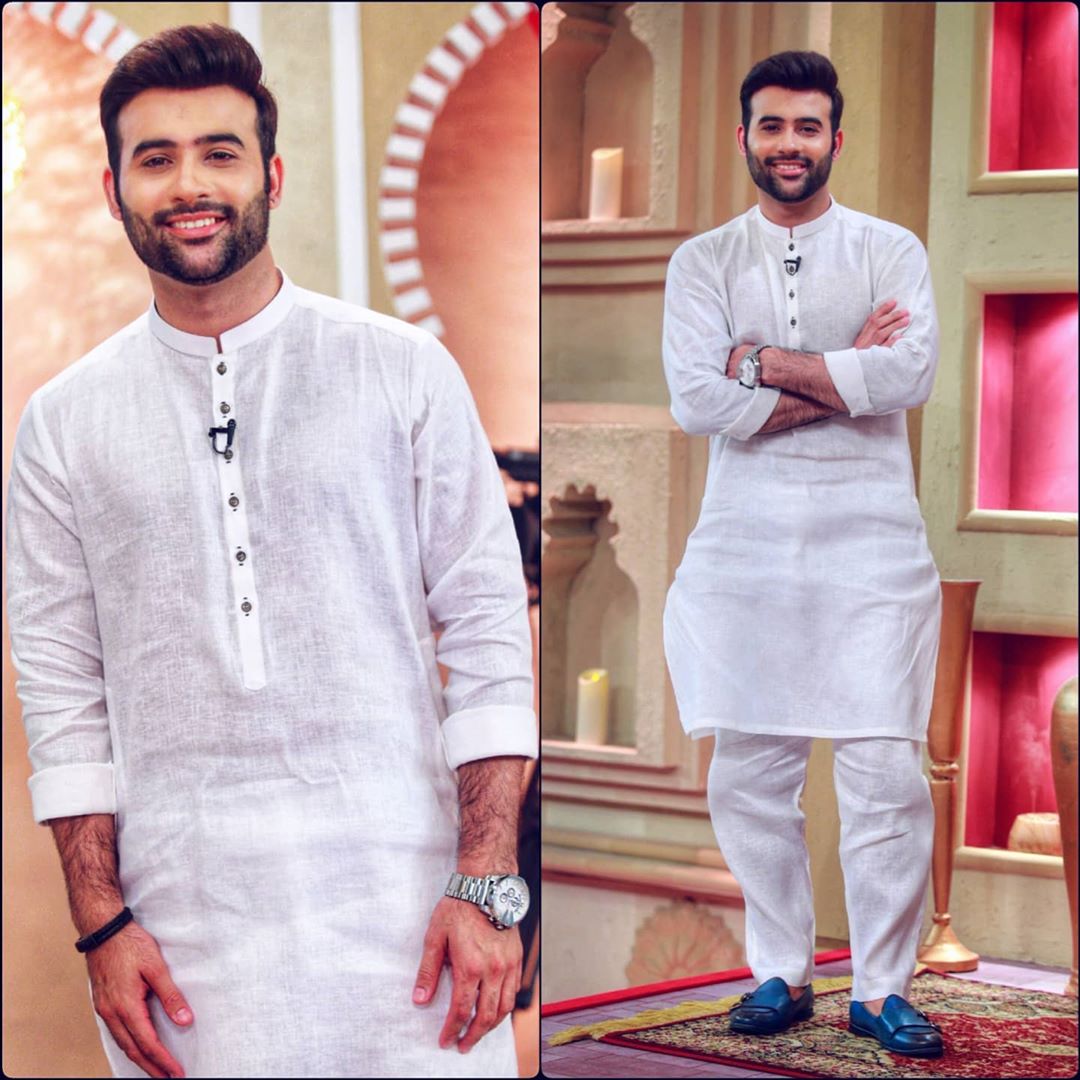 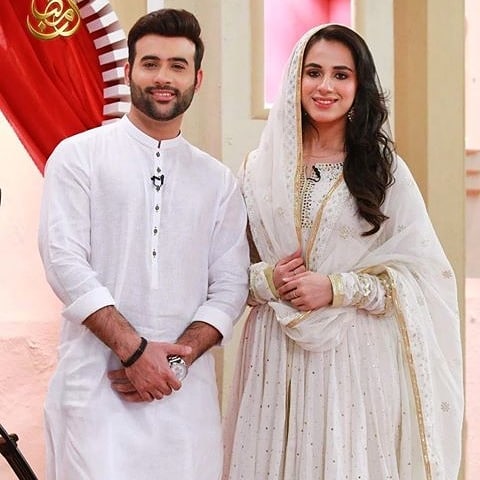