Sheharyar Zaidi, a well known artist in the current age of drama. Sheharyar is a popular choice for Father roles in dramas. Apart from Sheharyar many of his family members have also been active part of media industry in various disciplines.

Sheharyar Zaidi
Sheharyar Zaidis family basically belongs to Uttar Pradesh, India and migrated to Pakistan after the partition in 1947. Sheharyar has studied from National College of Arts (NCA), Lahore and started his media career as an active singer and actor. His spouse is Nayyara Noor a famous singer, who also studied from National College of Arts Lahore.

In 1970’s he regularly appeared as a singer on PTV, like he provided vocals for a famous television program Such Gupp with his spouse Nayyara Noor (a famous singer). Throughout 1980s he actively partnered with Nayyara Noor to release various music albums as well. However he was not active on small screen (television) in the same duration.

It was only after the arrival of private satellite channels in 2000’s that he pursued acting and performed few memorable roles like the role of Chaudhary Saab opposite Bushra Ansari in famous “Kis Ki Aayegi Baraat” series.

Apart from Sheharyar, two of his sisters were also active on television as news readers in 1970s and 80s. Sheharyar and Nayyara have two sons who are also active in music industry. The family resides in Karachi. 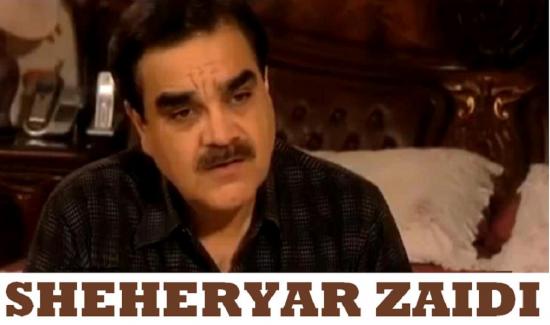 Yasmeen Waasti
Yasmeen Waasti is the sister of Sheharyar Zaidi and was a famous news reader of PTV in 1980s. Mostly Yasmeen Waasti used to read Business News (Tijaarti Khabrain) which were aired on PTV after Khabrnama at 9 pm. 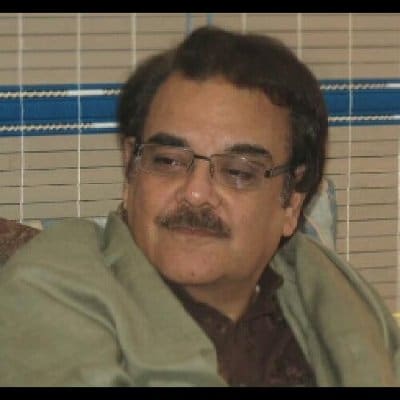 Nayyara Noor
Nayyara Noor is the spouse of Sheharyar Zaidi and a leading singer of our country. Nayyara’s family belongs to Assam, India and migrated to Pakistan after partition in 1947. Nayyara is also a graduate of National College of Arts, Lahore. Nayyara started her singing career in 1970’s and continued singing till late 1990’s. Nayyara provided vocals for many Urdu films mostly working with musicians Robin Ghosh and M. Ashraf. Nayyara was a popular choice for background scores (OST) of dramas in 1980s and 1990s. She is no more active in music and seldom appears on mainstream media.

One of the first famous OST of a PTV drama was in the voice of Nayyara, Kabhi Hum Bhi khubsurat Thay for drama Teesra Kinara.

The few couplets of Faiz Ahmed Faiz by Nayyara Noor for the drama Dhoop Kinare are considered classic.

Sheharyar Zaidi and Nayyara Noor have two sons Nad-e-Ali Zaidi and Jaffar Zaidi who are also active in the field of music.

Here is a single track Barkha of Naad-e-Ali Zaidi

Dr. Sana Tariq
Dr. Sana Tariq, is the spouse of Naad-e-Ali Zaidi and also a famous anchor and news reader. She hosted various morning shows as well read news on Geo TV. After marriage with Naad-e-Ali, Sana quit hosting. By profession Sana is a doctor.

Jaffar Zaidi
Jaffar Zaidi is the younger son of Sheharyar Zaidi and Nayyara Noor. Jaffar is part of Kaavish band as a singer. He also participated in various seasons of Coke Studio as a singer and composer. A famous song of Kaavish is Nindiya Re.

Lastly few duet and solo in the voices of Nayyara Noor and Sheryar Zaidi recorded for PTV program Such Gupp in 1970’s. Composer is Arshad Mehmood.