Mehreen Rahael’s weight gain became a subject of attention when she was seen on the catwalk few months back. What everyone did not know was Mehreen just had one baby and was expecting another. Everyone expected her to come back to her pre-pregnancy size after the baby because people do not want to see showbiz personalities gaining weight as they have certain standards set for them. Mehreen Raheal is clearly fed up of people judging her both for putting her career on hold for the sake of her children and also for gaining weight that is why she felt the need to tell people who are saying negative things about her what she is and has been going through. 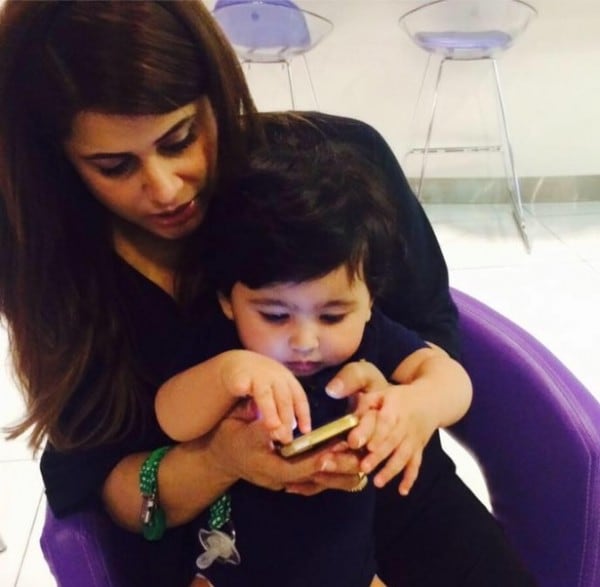 Mehreen Raheal through her status told people that she was expecting that is why she gained weight and she also said that her body was her own personal business so no one had the right to talk about it like that. Mehreen also shared how difficult it was to take being a mother as a full time job but she took on the challenge because she does not want to leave her children with maids. 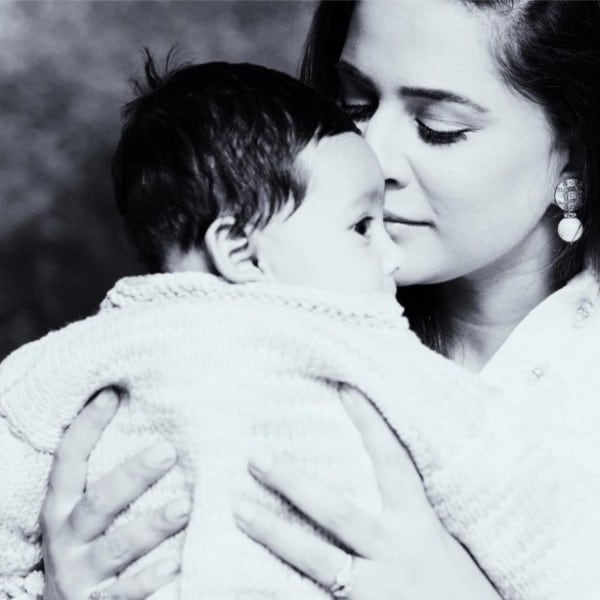 Here is what Mehreen had to say: 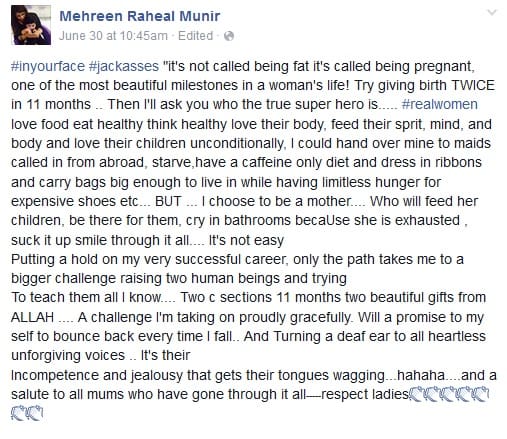