Famous Celebrities From Pakistan Who are Non Muslim

Pakistan is sixth largest country in the world (population wise) and followers of various religions constitute this population. Pakistani Christian community is quite vibrant and active since independence in 1947. They have made valuable contributions in all walks of life especially in the field of education, health and nursing. Justice Cornelius, F.C. Chaudhary (Photographer), Cecil Chaudhary (Army officer), Wallis Mathias (Cricketer) are few prominent names in different fields. The Pakistani Christian community has also made valuable contributions in the field of arts and showbiz. On the event of Christmas lets acknowledge and remember some of the prominent Pakistani Christian artists.

Here are some Pakistani Christian Celebrities, Actors and Actresses.

Sunny Benjamin is a singer from Karachi. He was quite famous for his song ‘Tu jo nahin hai to kucch bhi nahin hai yeh maana kay mehfil jawan hai haseen hai’. This song was also copied by India. He also sung songs on radio and other films.

Irene Parveen was quite famous female voice of 1960’s. She sung many memorable songs like ‘Tumhi ho mehboob meray mein kyon naa tumhain pyar karon’. Irene shifted to London and now lives there with her family. 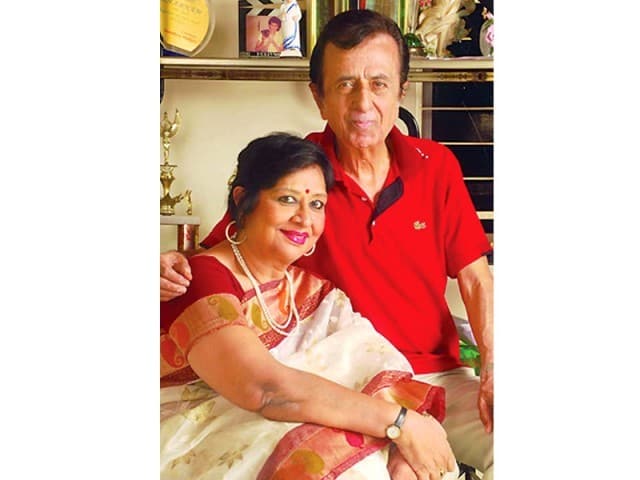 Arthur Nayyer famous as A. Nayyer appeared on the scene in 1970’s. He was a famous singer of 1970’s and 80’s and gave us many memorable songs. A. Nayyer belongs from Lahore where he still resides.

were three sisters who were famous singers in 1980’s. Nareesa Victor, Shabana Victor and Beena Victor were daughters of Benjamin Victor and sung many songs on television throughout 1980’s and 90’s. They belong to Karachi.

Rachel Gill is one of the leading female models of our country, she also belongs to the christian community.

Sunita Marshal is a female Pakistani model and actor from Karachi. She is married to another actor Ahmed Hassan who is Muslim.

Nadia Malik was a famous model. She is daughter of Dr. Alexandar John Malik, bishop of Pakistan. Nadia married fellow theater artist Daniyal who is Muslim. She now lives in Scotland

Ayesha Alam is also a famous christian artist and host. She was married to Brian O’ Connel of Junoon Band. Ayesha moved abroad few years back.

Ashir Azim’s acting in drama serial Dhuwan was loved by all. He is a civil servant who has worked for the Federal Board of Revenue. He is also a director and producer. His film Maalik was a powerful film which turned controversial when it was banned. He has always used his art for educating the public.

Jia Ali is a famous actor and model who has worked in dramas as well as film. Very few people know that she also belongs to Christian community and is one of those celebrities who made a big name for themselves in the industry.

Benita David is an actress and a model who is seen a lot on morning shows nowadays. She was also in the news lately for being one of those few celebrities who openly admitted that they got whitening injections.

Zoe Viccaji is a famous Pakistani singer and songwriter who has sung many popular songs as well as OSTs. Zoe Viccaji belongs to a Parsi family. Her father is a Parsi and her mother is a Christian.