All over the world famous novels are adapted into films, dramas and theater plays. However for unknown reasons this trend was not much popular in films and dramas of Pakistan until the surge of private television channels in mid 2000’s. But the few occasions when the story is adapted from novel, mostly the film/drama has proved successful. This article is first in a series where we try to look at dramas/films which were based on novels.

Films are the initial popular showbiz medium in our country (after radio and theater) with many memorable films made in Pakistan. Adapting a novel for film is never been popular, but the limited number novels adapted  for films were mostly written by female writers. Among them only one name has the distinction of being equally popular in films and dramas, which off course is Razia Butt. The films and dramas based on Razia Butt are discussed in detail below.

Razia Butt is a popular fiction writer and was popular for many generations. She wrote over 50 novels which were very popular especially among ladies. Razia Butt passed away in 2012. To en-cash popularity of her novels few film producers adapted novels of Razia Butt into films. Most of the films names were same as novel.

Naila:
Based on the novel with same name, Naila was the first complete colored film made in Lahore starring Shamim Ara, Santosh Kumar and Darpan. Released in 1965, it was directed by Sharif Nayyer while Master Inayat Hussain was composer. The film proved super hit and paved the way for further novel based films.

Saiqa:
The heroine of Naila, Shamim Ara decided to produce her own film and her selection was another Razia Butt novel Saiqa. This film was released in 1968. Shamim Ara, Muhammad Ali and Darpan were in lead roles. Directed by Laiq Akhtar, Nisar Bazmi composed all the songs. Saiqa also proved superhit.

Anila:
Anila was released in 1969, Nadeem and Deeba were in lead roles. Directed by Raza Mir, while music composer was Nisar Bazmi. Aneela failed at box office.

Noreen:
Noreen was released in 1970 and failed at box office. Muhammad Ali and Zeba were in lead roles, music by Nisar Bazmi and directed by Laiq Akhtar.

Khalish:
Khalish was released in 1972 and based on novel Laghzish of Razia Butt. Directed by Laiq Akhtar, music by M. Ashraf, the lead star consisted of Waheed Murad, Raani and Sangeeta. The film performed average on box office.

Pyasa:
Pyasa was released in 1973. Shahid and Raani were in lead roles. It was directed by Hassan Tariq while Nisar Bazmi was composer. The film was based on novel Wehshi by Razia Butt, and failed at box office.

Mohabbat Ho To Aisi:
After four consecutive unsuccessful/average films, the last urdu film ‘Mohabbat Ho To Aisi’ was released in 1989 which was based on novel ‘Shabbo’. This film was also the last film of pair of Muhammad Ali and Zeba. Its director was Feroz and musician was Nisar Bazmi. The film failed due to extreme poor direction.

Gulabo:
Gulabo was a punjabi film released in 2008. It was directed by Sangeeta while Saima, Moammar Rana, Resham Babar Ali and Saud were in main roles. Gulabo earned average business at box office. It is the only punjabi film based on Razia Butt novel.

Razia Butt is perhaps the only fiction writer whose novels are adapted for both films and television. In Pakistan television started in 1964 and till 70’s it turned into a strong medium. Many television dramas are also based on the novels of Razia Butt

Noreena:
Noreena was a play from PTV Peshawar Center based on novel Noreena by Razia Butt. Directed by Ateeq Ahmed, it was dramatized by Younas Qayasi. Reena Siddiqui, Aamir Fareed, Reena Siddiqui, Anita Kamphor, Shariqa Fatima and Qavi Khan were in lead roles. The drama was aired in 1994. 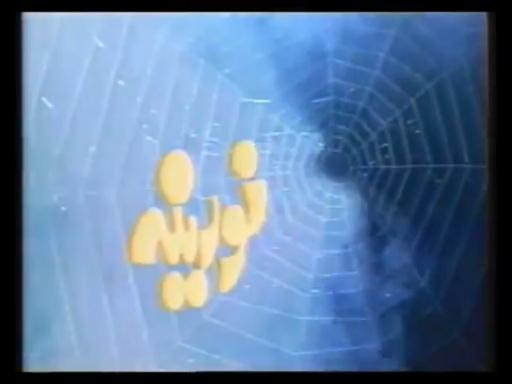 Anita:
Anita was a play from PTV Quetta Center based on novel Anita by Razia Butt. Irum Hassan and Anwar Ali were in lead roles. Dramatized by Younus Qayyasi, the play was directed by Sajjad Ahmed. The drama was aired in 1995

Amman
Amman is another play of PTV starring shamil khan, it was based on novel Aabro by Razia Butt and directed by Ahmed Naveed.

Aag
Aag is another play of PTV based on novel Aashi by Razia Butt. It was aired in 2003 starring arooq Zameer, Rohi Khan, Sophia Ahmed, Ramia, Saira Khan and Haider Sultan, Shamil Khan, Farah Hussain and Nadia Afgan. It was directed by Hafeez Tahir. 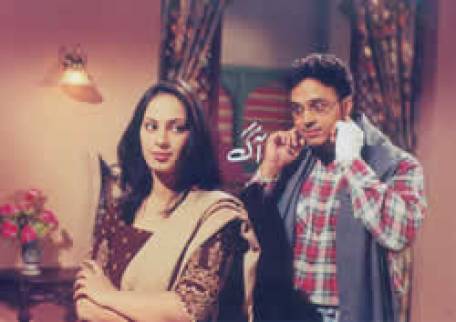 Naajia:
HUM TV is the only private satellite channel which adapted several novels of Razia Butt. Naajia was the first one in 2007, shot in Mauritius. Farhan Ali Agha, Javeriya Abbasi, Zhalay Sarhadi and Fahad Mustafa were in lead roles. 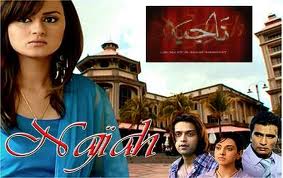 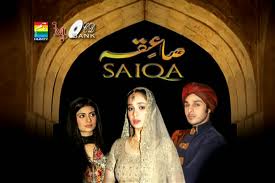 Daastan:
Dastan in 2010 is too date the last drama based on a novel Baano of Razia Butt and perhaps the most successful one too. Sanam Baloch, Fawad Khan and Mehreen Raheel were in lead roles supported by a huge supporting cast. Dramatized by Sameera Fazal, the play was directed by Haissam Hussain. Novel Baano of Razia Butt was on the partition of India and initial years after creation of Pakistan.

Do share your feedback and experiences about writings,dramas and films based on Razia Butt novels/stories.