Baby Izhaan has been making headlines ever since he is born. First of all his father’s sweet tweet that announced that he has arrived then his khala’s cute wishes. They also celebrated his one week birthday. Upon the announcement of baby Mirza Malik’s birth, the one person who was most excited was Bollywood filmmaker Farah Khan. She had also promised that she would visit Sania soon. 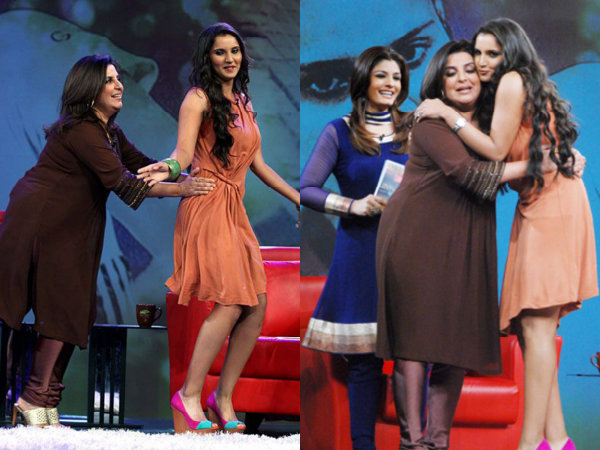 Sania and Farah are known to be the best friends. They have appeared on many TV shows together. Their appearance on Koffee With Karan’s fifth season was a riot. Sania had also attended Farah’s cooking show Farah Ki Dawat. Farah had once revealed about the beginning of their friendship saying, “I wanted Sania as a guest on one of my shows but somehow we were not able to arrive at a common date due to our schedules. So when she came back to India, she came over to my house for a coffee and we chatted about almost everything under the sun and I never felt that I was talking to her for the first time. It is interesting to have a bond with someone who is not from the film fraternity as it broadens the scope of your conversations. We instantly connected.”

We Always hav each other’s back! Lov u @mirzasaniar the baby is gorgeous n this visit was too short.. will make up 4 it next trip.. ♥️bless ul

Finally, Farah has reached Dubai where Sania lives to see baby Izhaan Mirza Malik and her bestie. She shared a picture captioning, “We Always hav each other’s back! Lov u Mirza Sania the baby is gorgeous n this visit was too short.. will make up 4 it next trip.. ♥️bless ul”