Farhan Saeed and Urwa Hocane are one of the power couples of the Pakistani entertainment industry. They both have excellent careers and we have seen them shine in their projects. Urwa has established herself as a super talented actress while Farhan Saeed is paving his way as the leading man after making a superhit career in music. They are on to a new chapter in their lives as they are producing their first ever feature film.

Farhan Saeed is also starring in the movie alongside Iman Aly, Sonya Hussyn and Feroze Khan while Urwa is in the producer’s seat. The couple surprised their fans as they made an appearance on Fahad Mustafa’s show Jeeto Pakistan. Here are a few clicks: 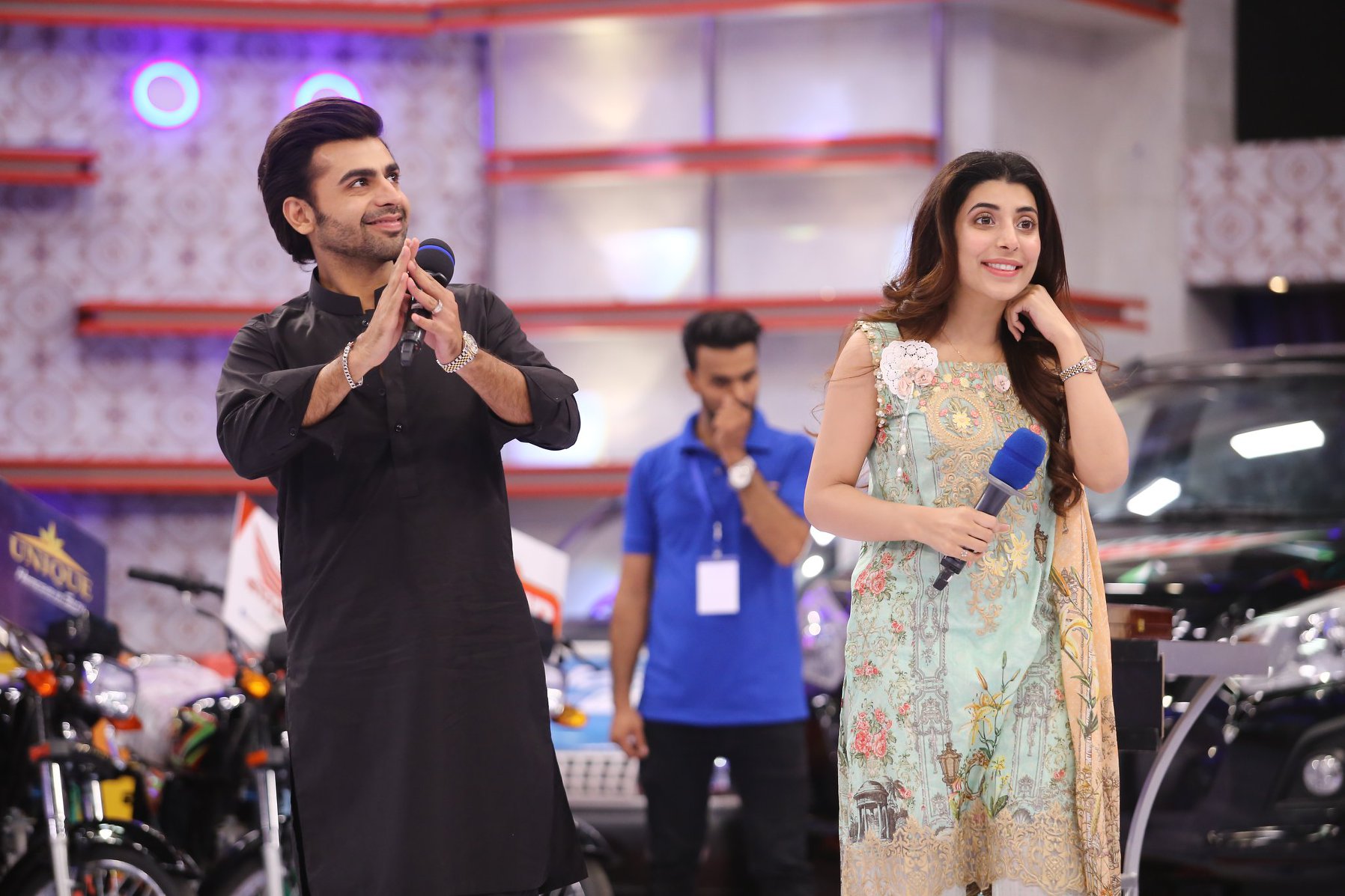 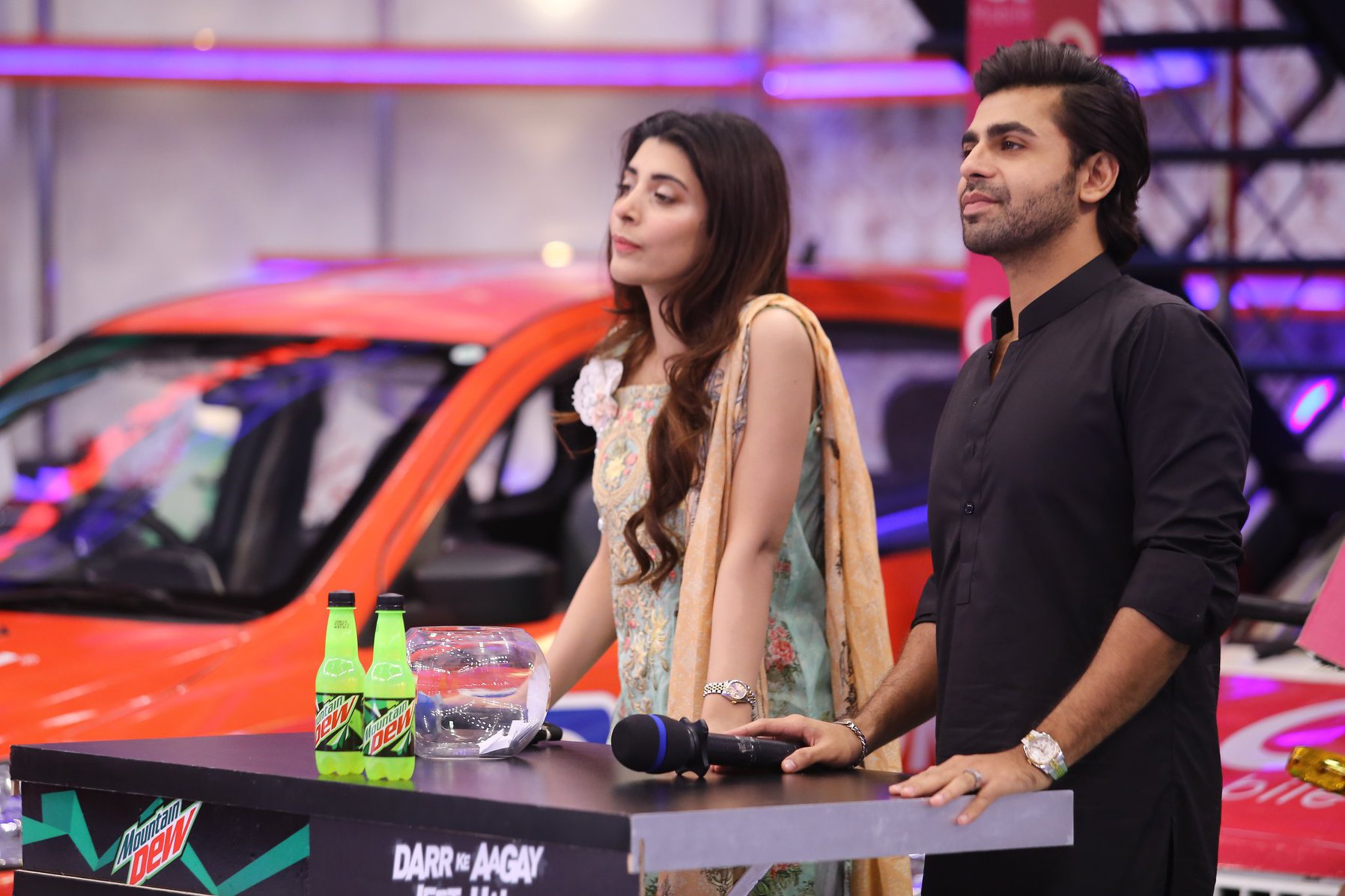 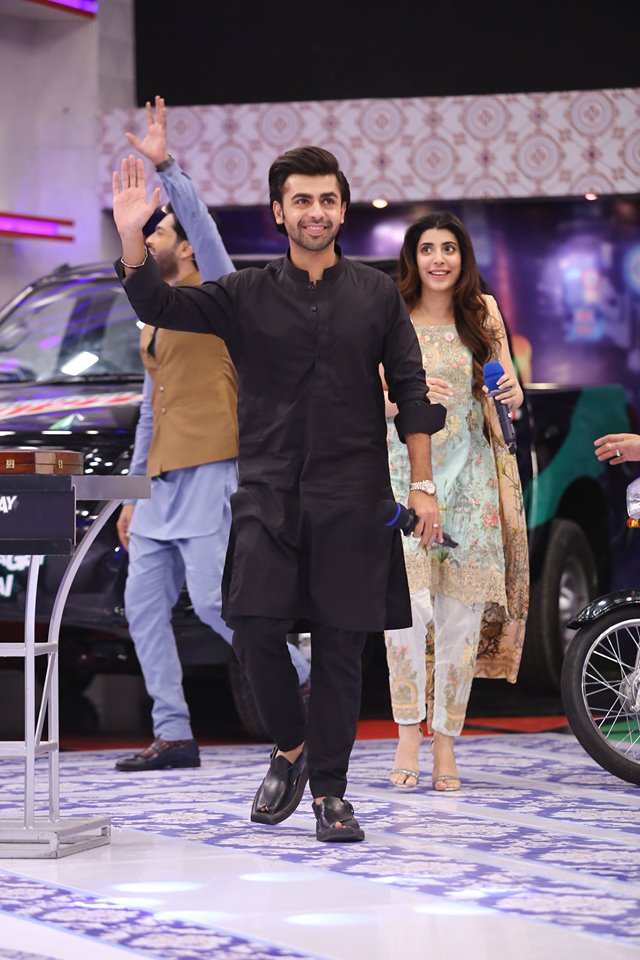 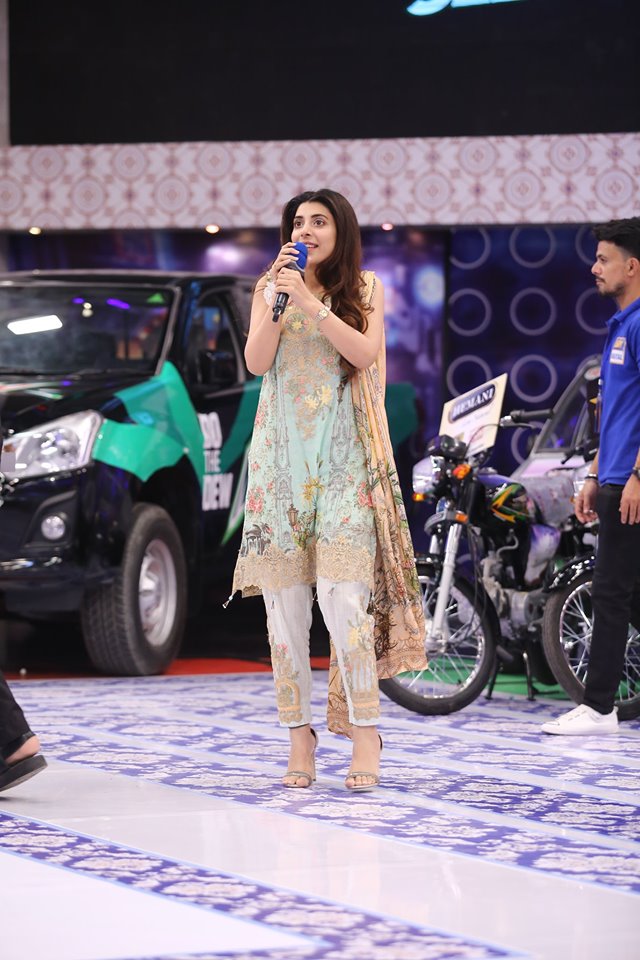 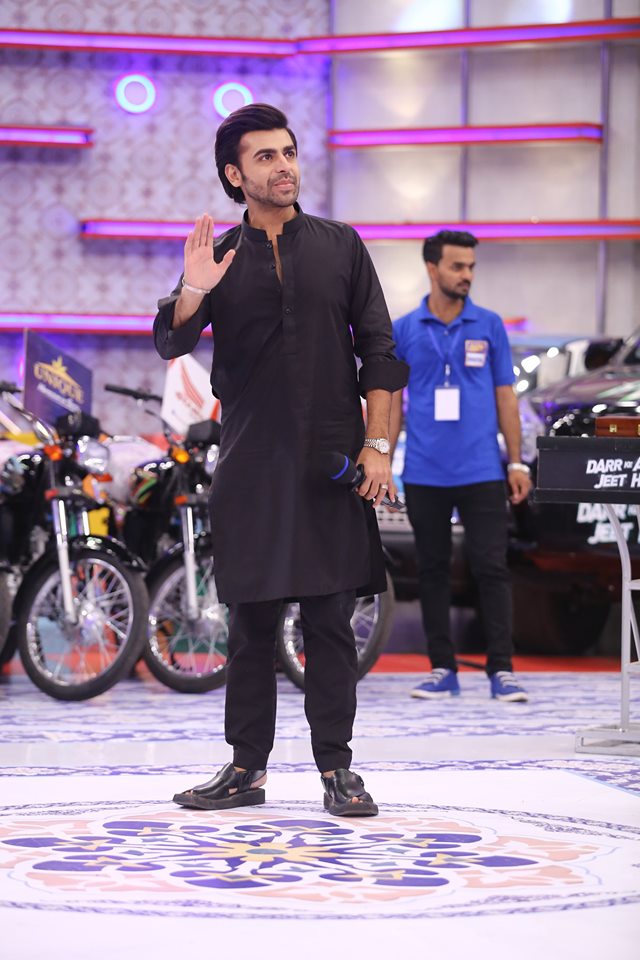 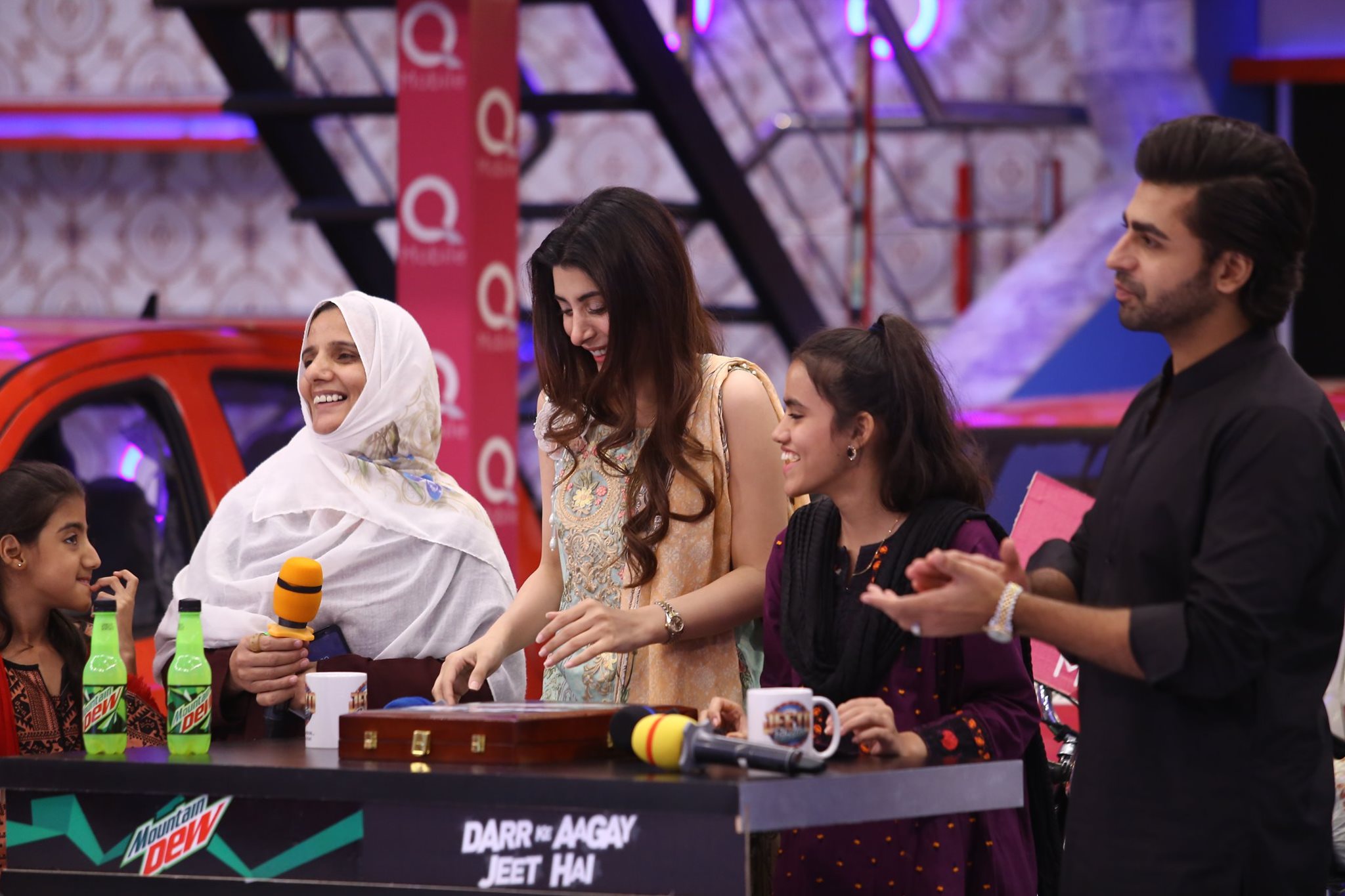 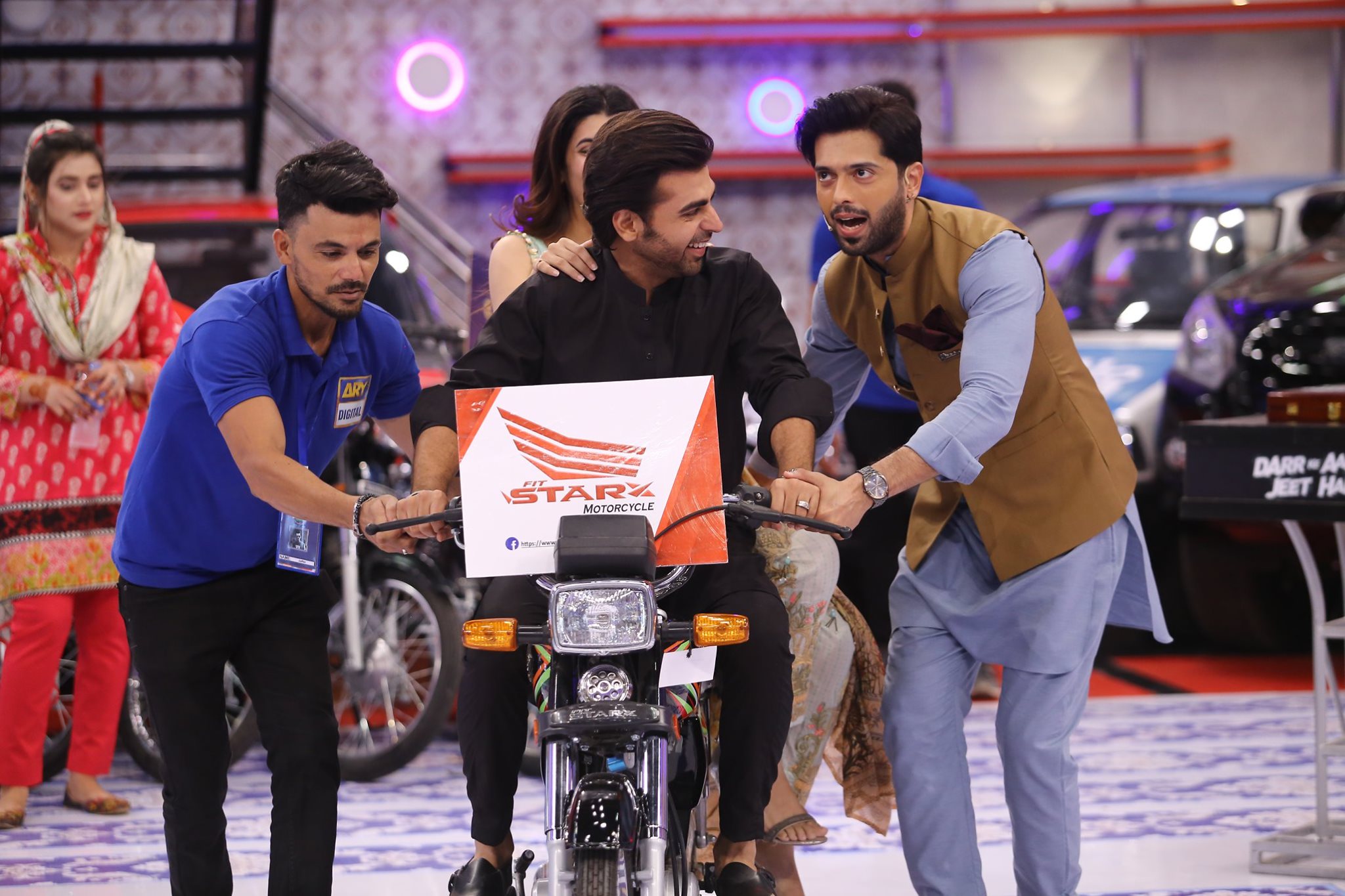 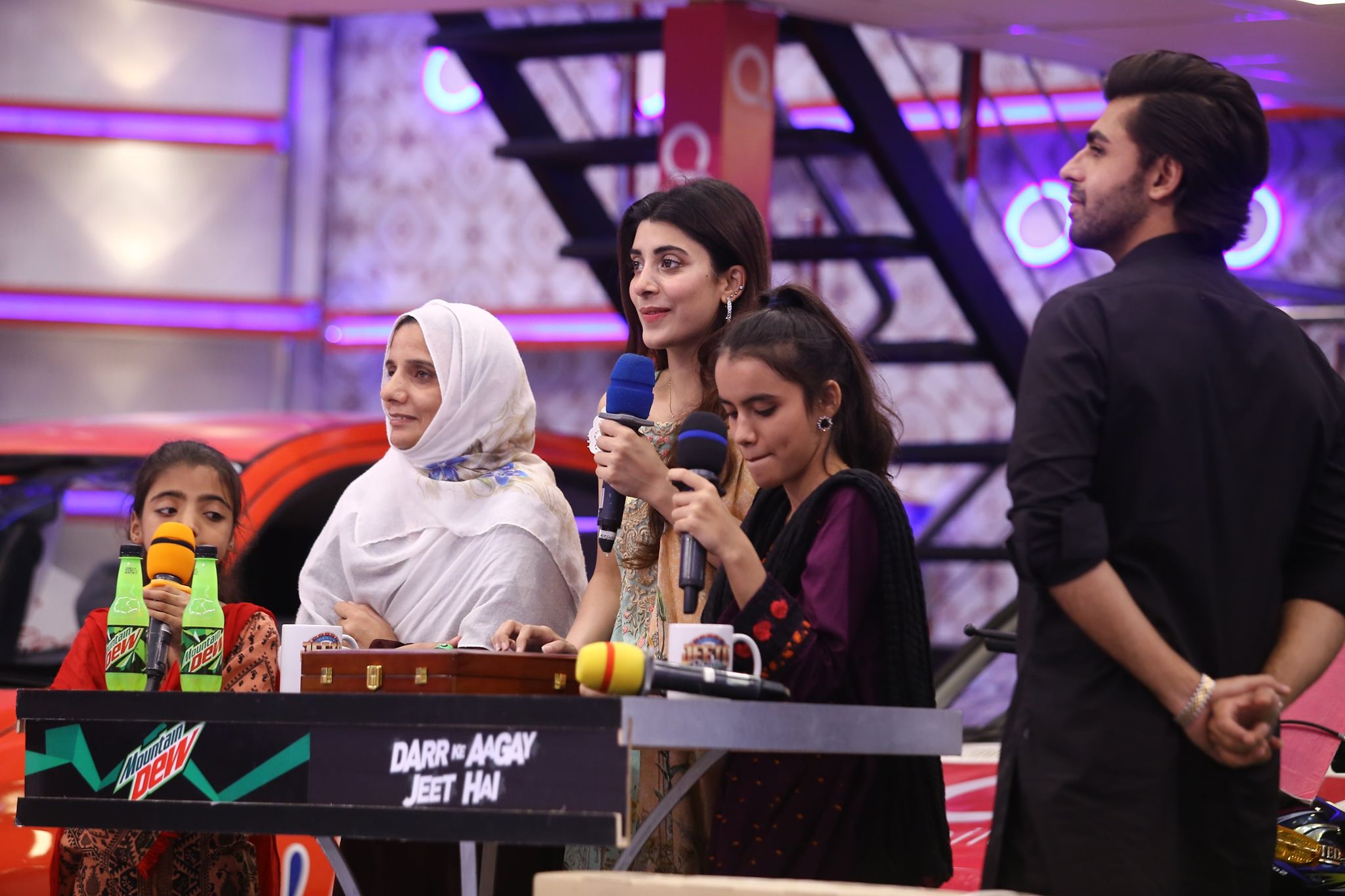 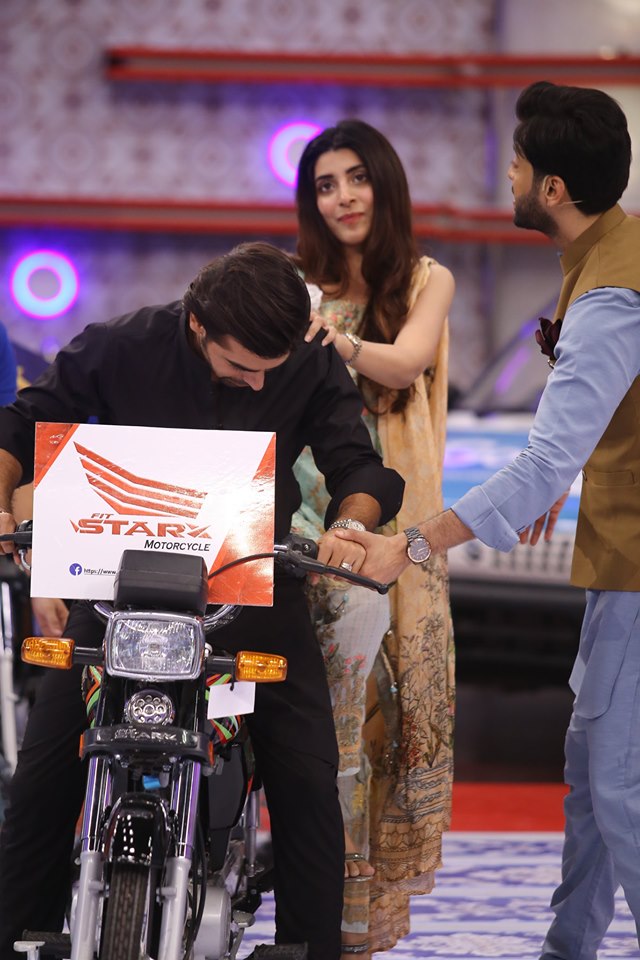 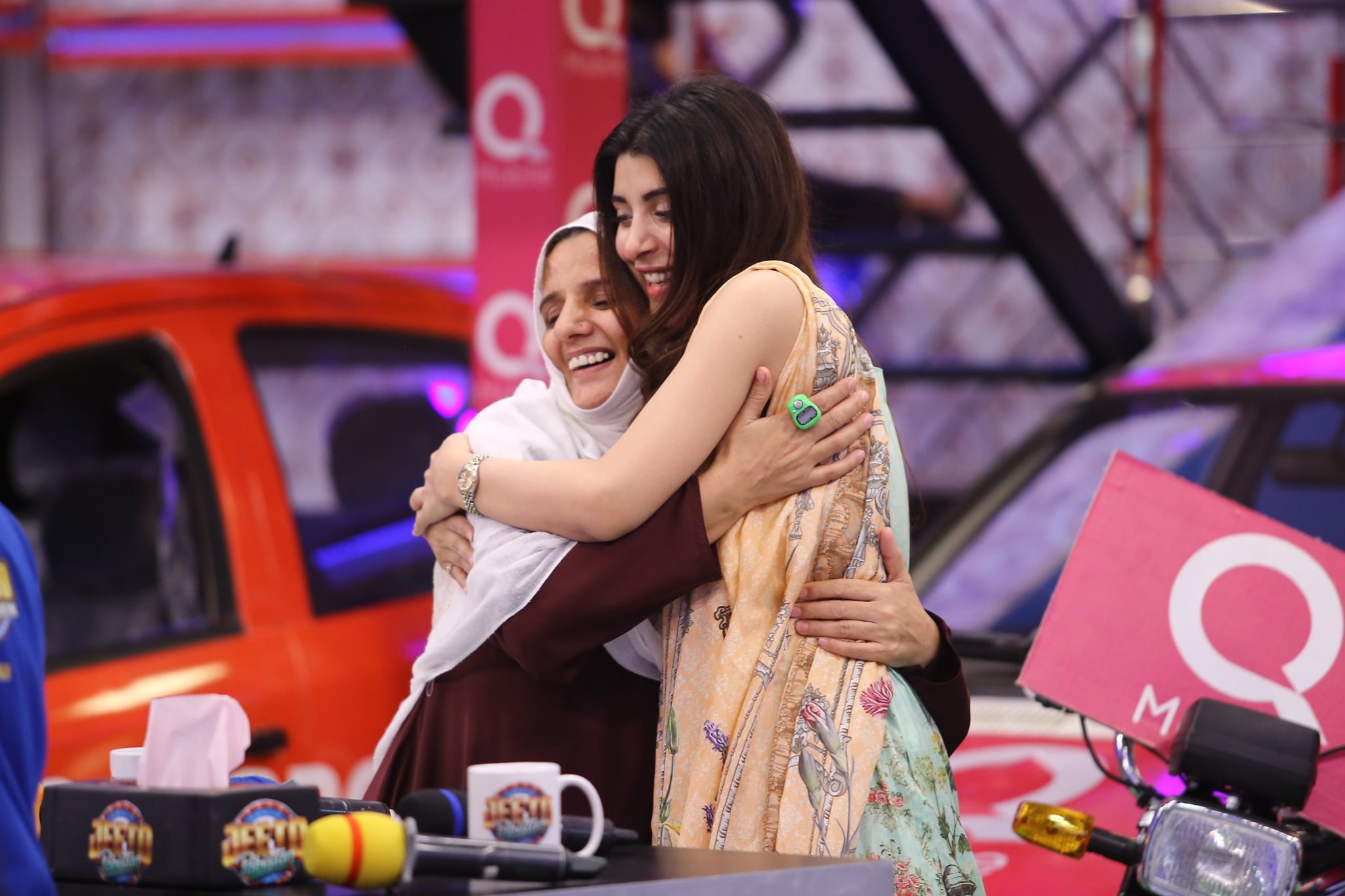