Faysal Qureshi is an actor who has been around for a very long time. He is very good at his work but we also see him criticizing different things on his shows many times. Faysal Qureshi hosts the Morning Show on TV One titled Muskrati Morning. He has always raised his voice against everything which he thinks is wrong. He is not one of those hosts who stay neutral while hosting their show. 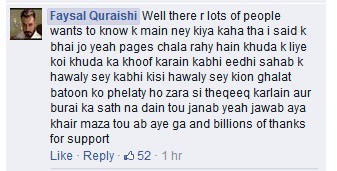 Recently many pages on facebook have posted rumors about Abdul Sattar’s Edhi’s death, which is indeed very sad. Faysal Qureshi spoke about this in his morning show, he said that the admins of these pages should have some fear of God, they should at least make sure that whether the news that they are posting is authentic or not. Later on one of the famous facebook pages replied to him in this way 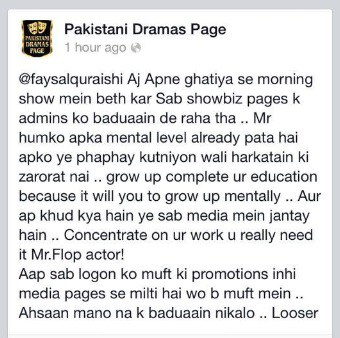 Faysal Qureshi posted this reaction of the facebook page and said that he didn’t mean anything bad , he was only asking people to be responsible. This was his facebook update 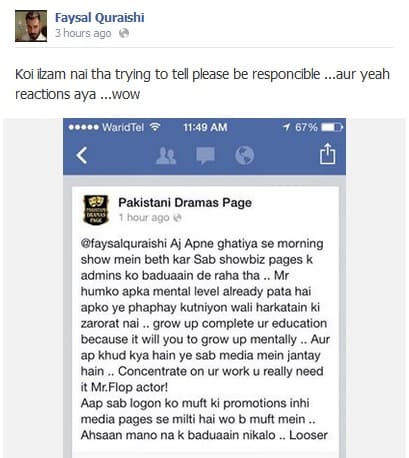