The world advances in every way with every passing year but not all of these changes are always good. Plastic surgery is one such advancement which was invented for more useful purposes but then the field of cosmetic surgery was introduced which meant that surgery of this kind was not only for people who were in dire need of it but people who wanted to change their facial features for cosmetic purposes could also put this new advancement to use.

There was a time when Pakistani female celebrities only relied on make-up to change their looks. Make-up is temporary but cosmetic surgery is either permanent or sometimes it takes time to wear off. This is why many of our female celebrities keep on looking different. Sometimes they look completely different from their original face and at other times they start looking more like themselves.

When you look at all these pictures you will observe one thing, some of these celebrities may look younger than before but by getting cosmetic surgery done they have lost their natural looks and they have lost the innocence which was on their face before the surgery. Cosmetic surgery gives you a certain kind of expressions on your face which is why many of you can see that after surgery these celebrities’ eyes look more wide and their face has lost all its natural lines which gives them a very alert look. This is why they do not look natural but like plastic dolls with the same expressions.

On the left side you can see the ‘before’ picture and on the right side is the ‘after’ picture. 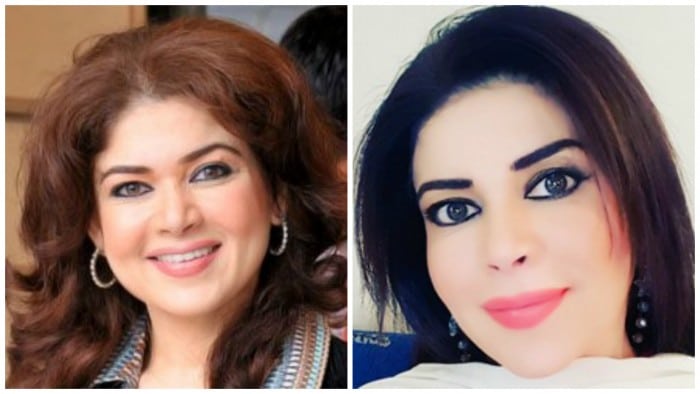 When Sidra Batool got so many plastic surgeries done at once it was shocking because of two reasons. The first reason was that she had a cute face which fans loved and felt she did not need any cosmetic touches. Second reason was that she changed so much after the surgery that she looked like a different person. Like all the other females on this list she lost her cute looks after the cosmetic touches. Sidra Batool got all these changes done to her face in the hope that she will get a chance to work in films but until now we have not seen her accomplishing that. 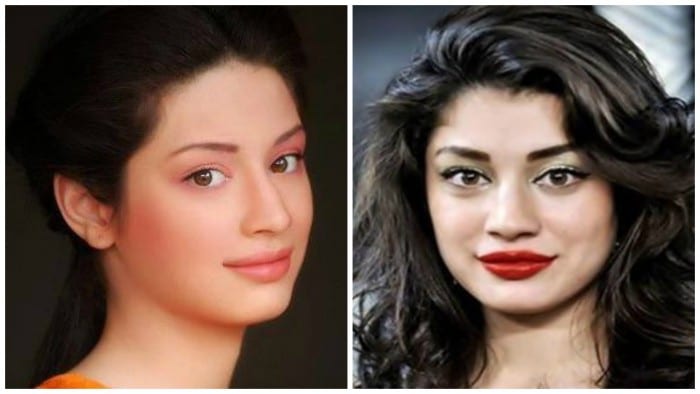 Sadia Imam’s before and after picture shows what a devastating decision it was to alter her facial features. As is evident from these pictures Sadia Imam started with making small changes to her face but after that she got implants in her cheeks and even fuller lips which give her a very unnatural look. Her natural facial features which made her look good have disappeared forever. 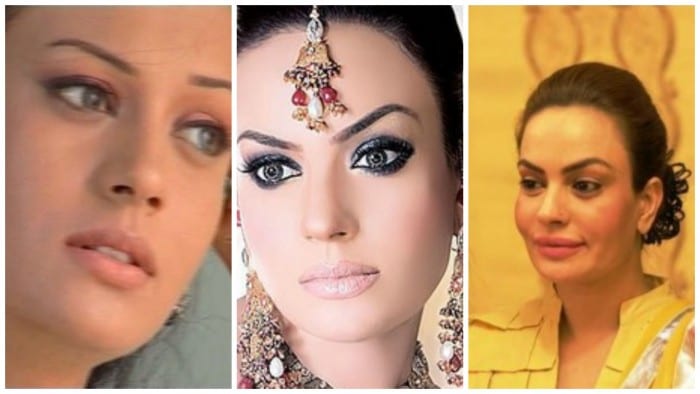 Amna Haq was a natural beauty until she also decided that her cheek bones can get higher and her lips can look fuller with cosmetic surgery. She also got her eye brows raised to give her the alert yet unnatural look. 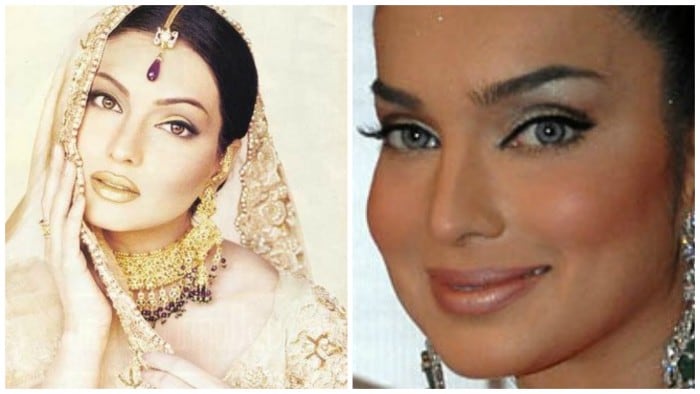 Sara Loren who was better known as Mona Lisa when she was working in Pakistan got all her surgeries done after she left Pakistan for her Bollywood debut. When she changed her name she also changed her looks so much that she looked like someone else. Most people won’t even be able to tell this is the same person although this picture was taken only months apart. Sara Loren’s career did not take a good turn with the change in her looks. 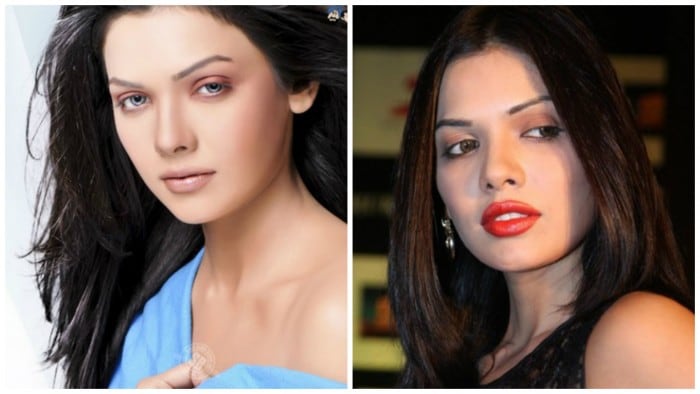 Mehwish Hayat also got cosmetic surgeries done in steps. She did not get all of them together so the changes were taken well by fans in the beginning but the phase of cosmetic surgery in which she used to look good is long gone. She has lost her natural look and expressions because of excessive surgeries. 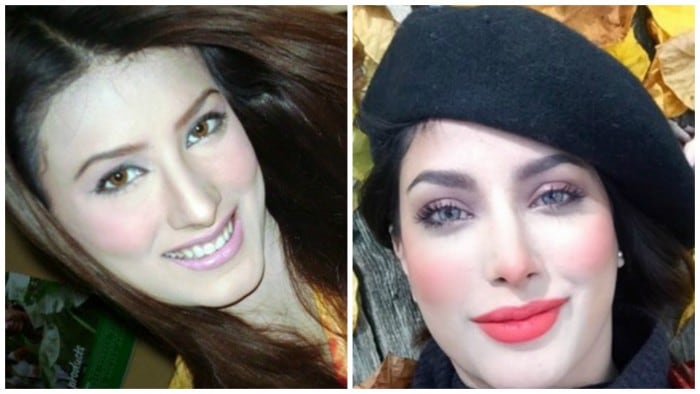 Fiza Ali says that she did not get any surgeries done but her before and after pictures tell a different story. Fiza Ali’s face got so deformed because of surgeries gone wrong at one time that she vanished from television. Now after getting some more alterations done in her face which make her look somewhat acceptable she is back on television. 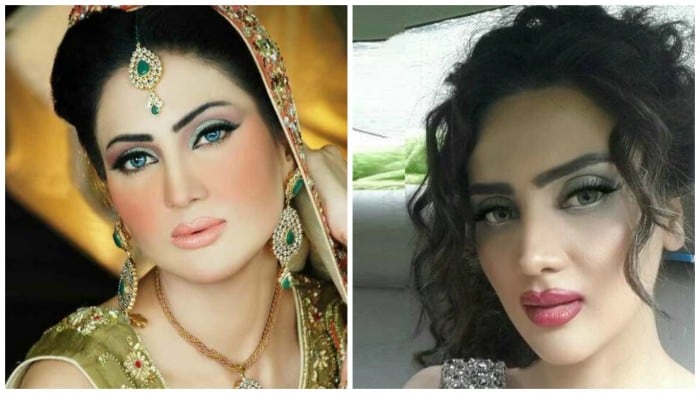 Nadia Hussein has changed all features of her face with cosmetic surgery but the most obvious changes are in her cheek bones, lips and nose. Nadia Hussein has lost delicate feminine looks because of surgery and just like all the other females who got too many surgeries she also lacks expression on her face. 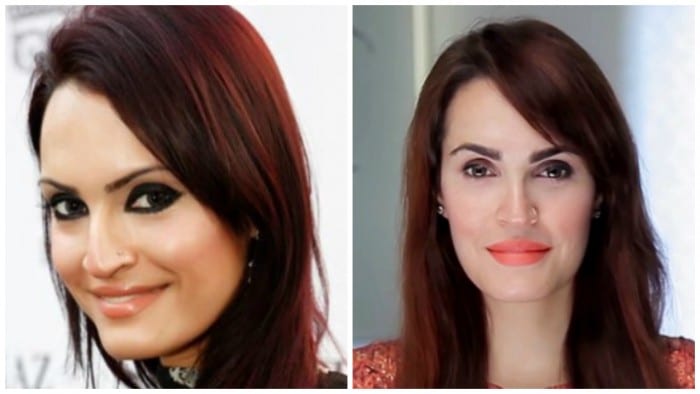 Which celebrity do you think looks the worst after cosmetic surgery? Comment on the changes in their faces and how they have effected their careers.