Naa maaloom Afraad  is an upcoming film about chaos and turmoil in Karachi. Its cast including Fahad Mustafa, Jawed Sheikh, Mohsin Abass, Urwa Hocaine, Salman Shahid and British actress Kubra Khan while Mehwish Hayyat has a guest appearance in an item song. The shooting of this film has been completed and it is all set for release in coming August. It will be first released film of Fahad Mustafa who is also working in another film Mah-e-Meer

This film is produced by Fizza Ali Meerza/Medi Ali under the banner of Filmwala productions and directed by Nabeel Qureshi. The film is co-written by Nabeel Qureshi and Meerza and the cinematographer is Rana Kamran. Shooting has been done in old city area of Karachi at original locations and places. The film was in news when during shooting some buses and cars were burnt to depict the deteriorating law and order situation in Karachi. The trailers are expected to be released in July.

As per their official facebook page “Filmwala Pictures is all set to reveal the identities of Na Maloom Afraad through their film which is a true entertainment package for the audiences!”

The official page summarizes the film as

“‘Na Maloom Afraad’ is one such crazy story of three reckless poor struggling souls, running after their individual ambitions and desires, brought together by one incident which makes their not so simple life into a thrilling roller coaster ride of numerous ironic twist & turns. The three characters run around in the chaotic city of Karachi bringing out the craziest plan to save their love, life and assets.

The film is yet to reveal the identity of NA MALOOM AFRAAD in the most hilarious way -coming to the theaters near you SOON!” 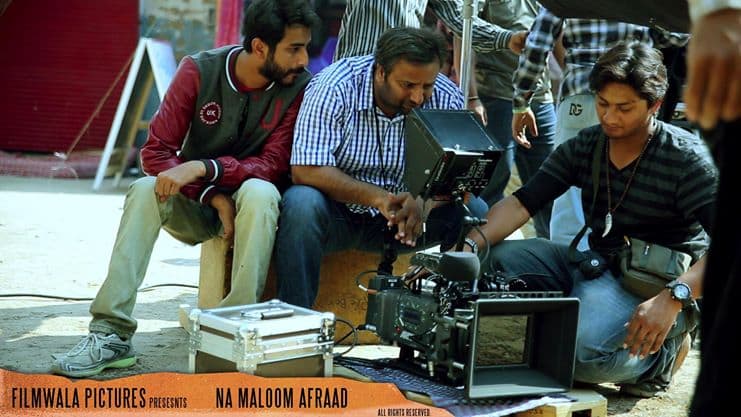 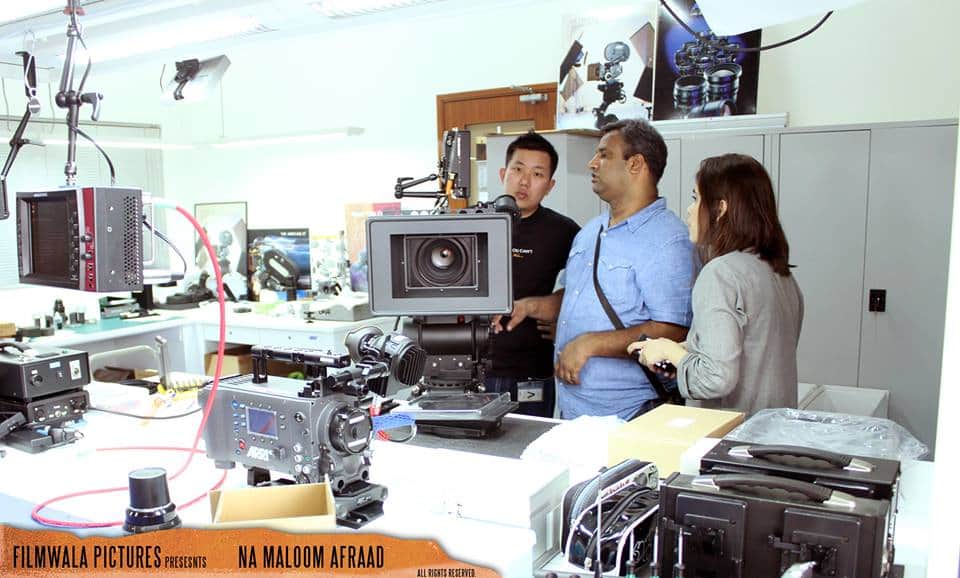 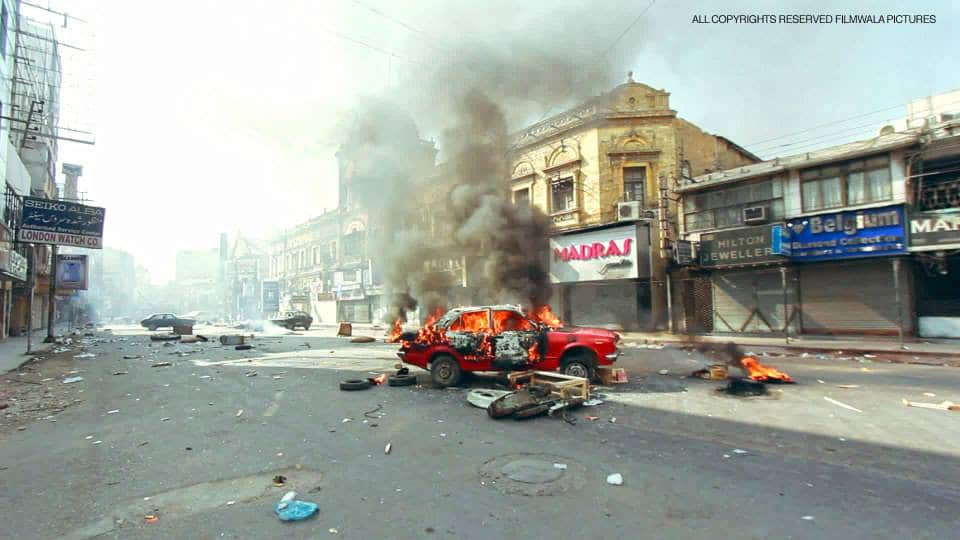 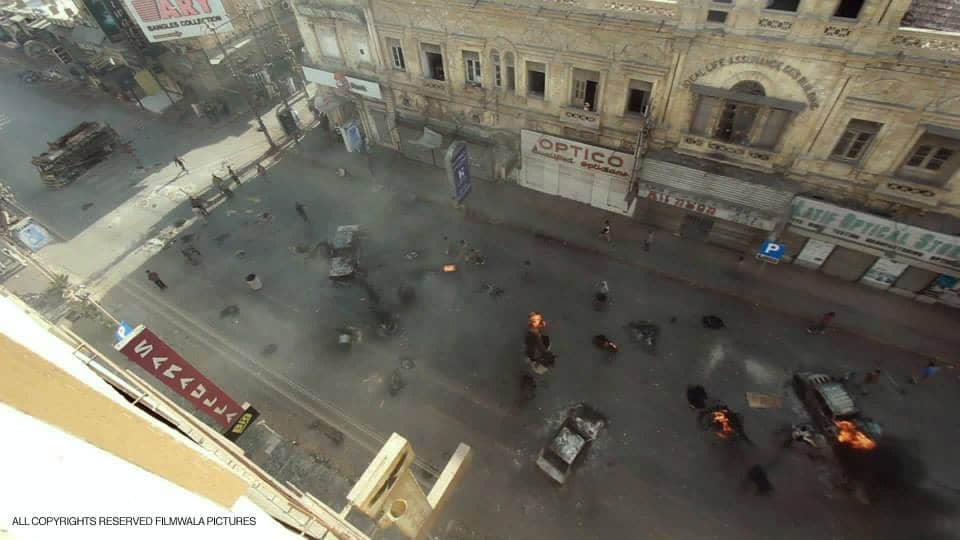 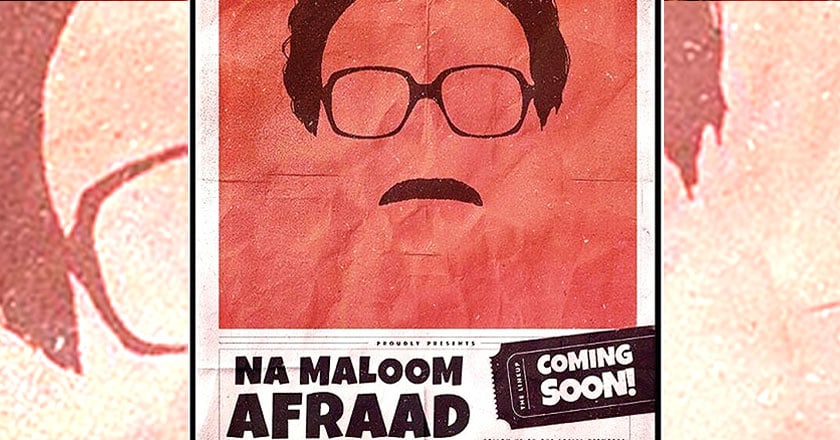 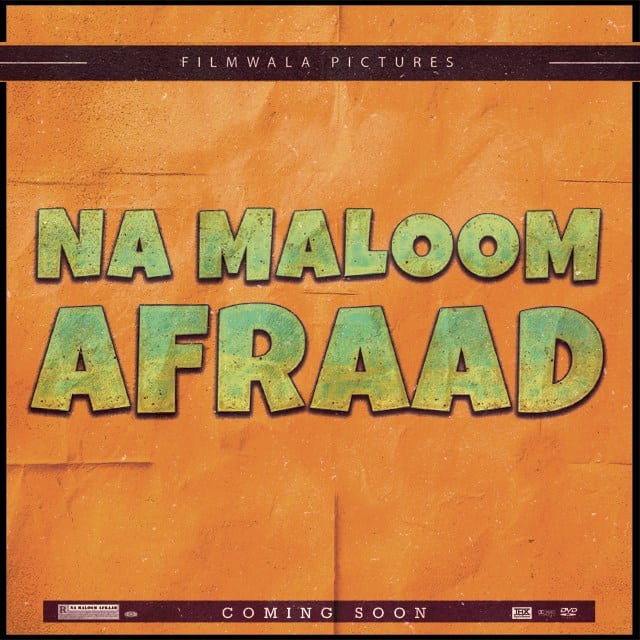