Firdous Jamal Faces Backlash After His Statement About Humayun Saeed

Popular veteran actor Firdous Jamal is once again in news after his negative remarks for ace actor Humayun Saeed, well, team Reviewit posted the news from a recent show where Firdous Jamal rated top actors in a harsh manner, talking about Humayun, he said, “Humayun Saeed has no voice, no character and nothing like that”, he further said that there are still fools to believe that he’s a talented actor. He clearly refuted Humayun Saeed as a good actor. Here is link!

Well, the clip went viral soon after the Reviews’ news made rounds on the social media, almost all the Instagram pages also posted the controversial clip where Firdous Jamal talked about Humayun Saeed. The actors and cybernauts saw the clip and showed their disappointment. 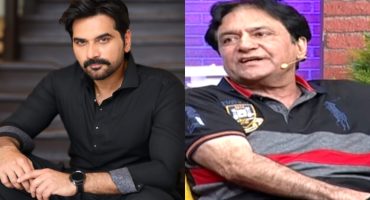 Zarnish Khan and Mathira also took to the Instagram and spoke about the recent negative remarks of Firdous Jamal for Humayun Saeed. 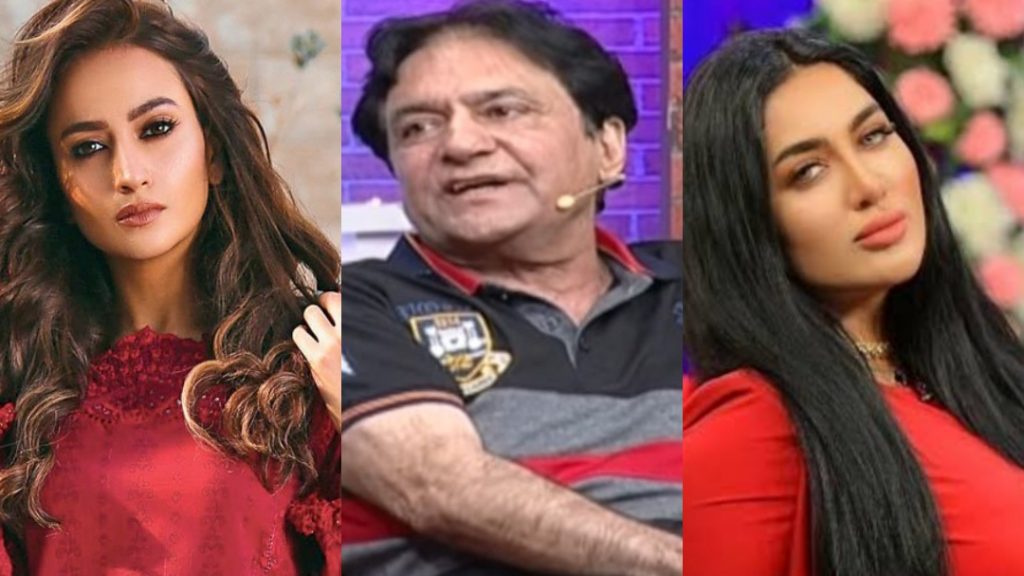 Mathira said, “A person who calls others characterless actually has no character himself, Humayun is here cause of his hard work and because it’s written in his fate. Stop belittling people cause you are an unhappy person! Such a shame people like these are seniors” 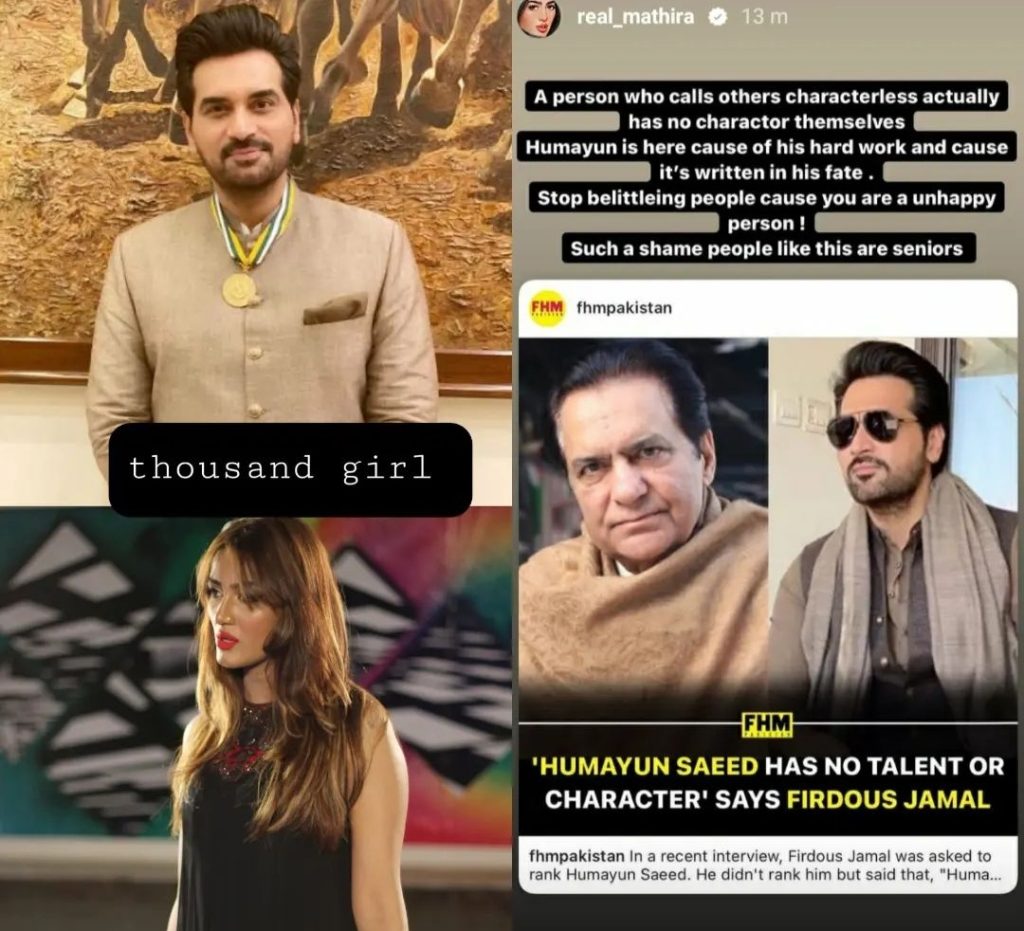 Zarnish Khan was also angry and shared her personal encounter with the actor, she said, “He cracks me up with his weird issues with things and people, (No offense intended). So long time ago, we were doing a project together and out of respect I said “AOA Firdous uncle, how are you?” and he got pissed ke BB Mainy showbiz industry is lye join nahi ki thi ke log mujhai kabhi uncle bolain. I was like ummmm! Okay then, AOA FIRDOUS SAHAB, “if that works for you.” Uncle or no uncle, he could have been polite. Never mind!” 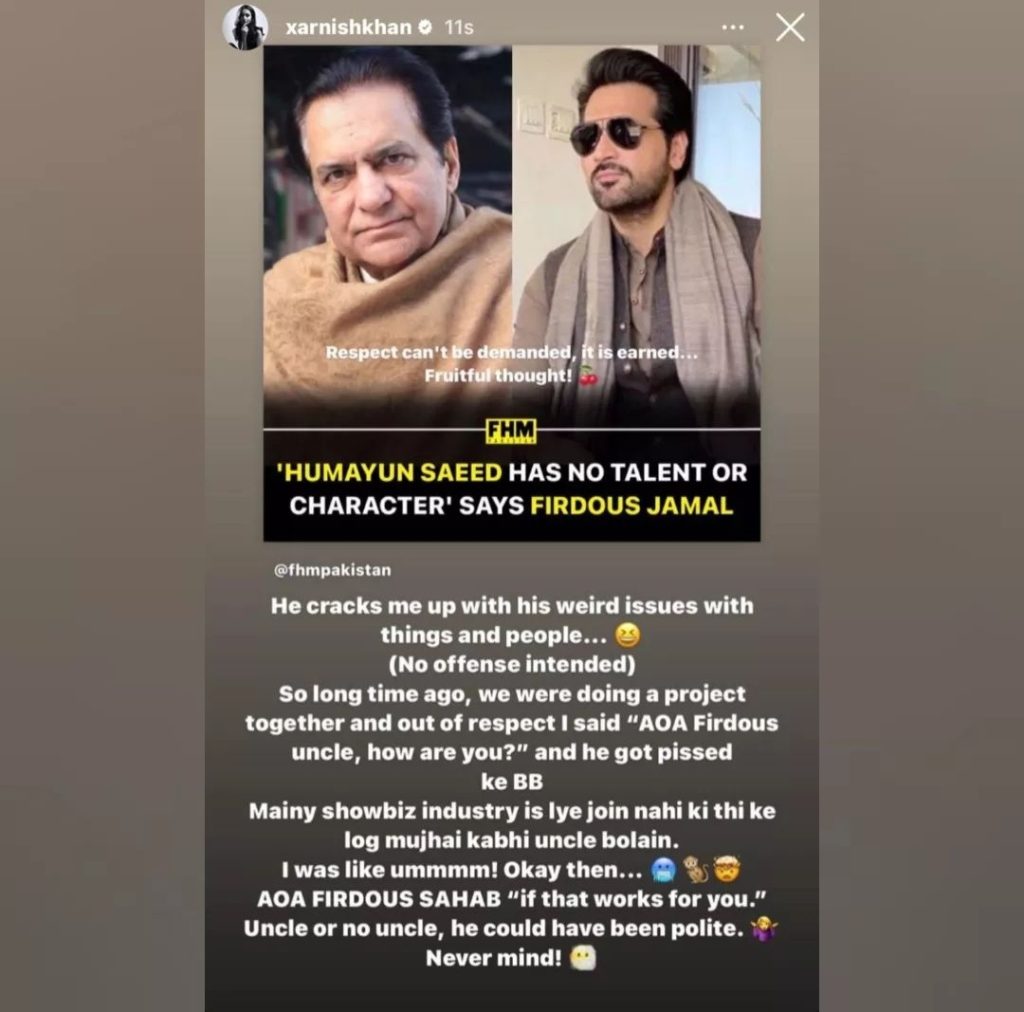 Fans said that Firdous Jamal is a great actor but his views for junior actors are harsh, he should accept the fact that these actors are also doing good. They also said that he’s Khalil Ur Rehman Qamar part II, however, the ace writer Khalil Ur Rehman Qamar and Firdous Jamal don’t like each others’ views. Fans said that he’s a senior and a good artist but he’s not a good person because he is arrogant and he should reduce his arrogance. Here are all the comments of public! 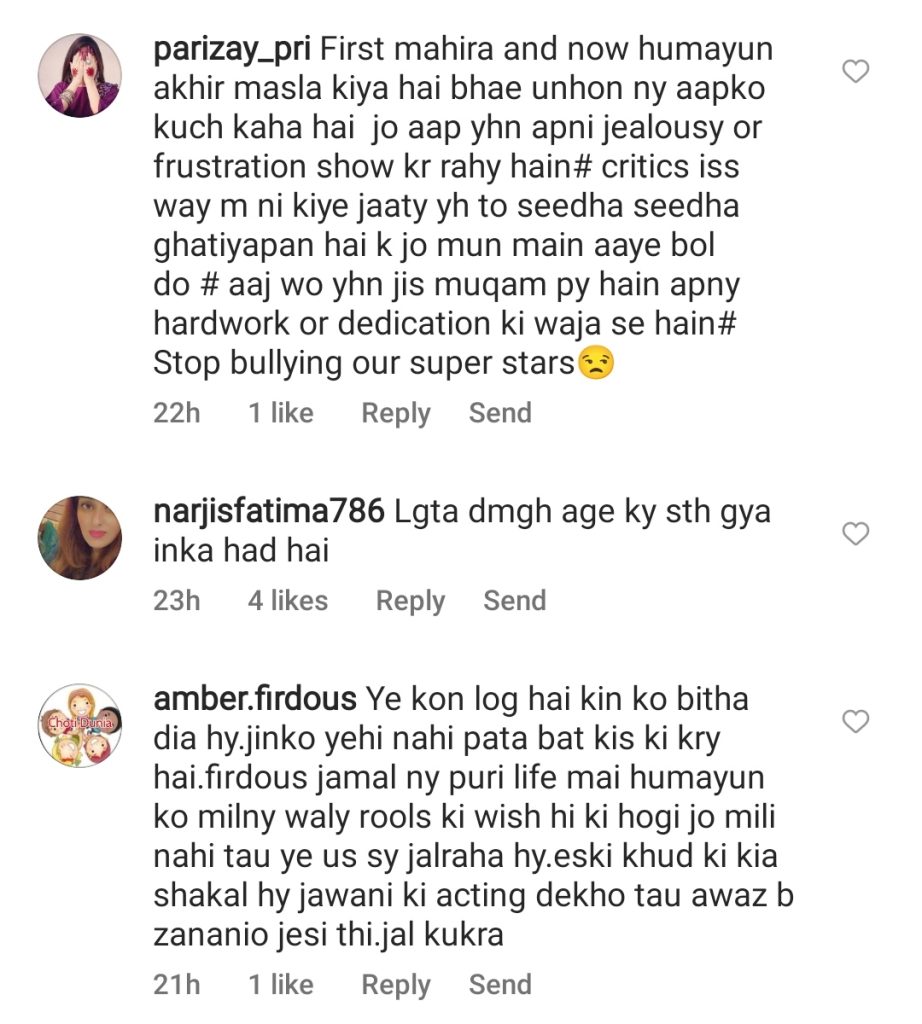 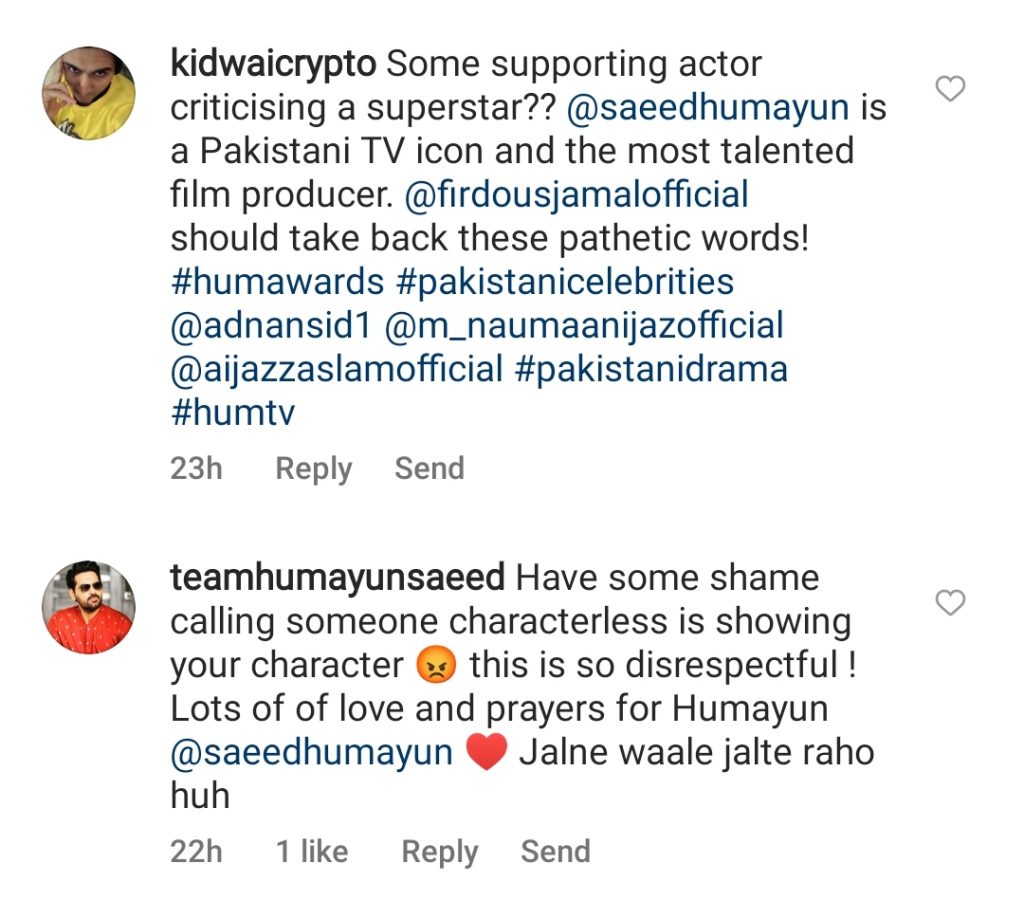 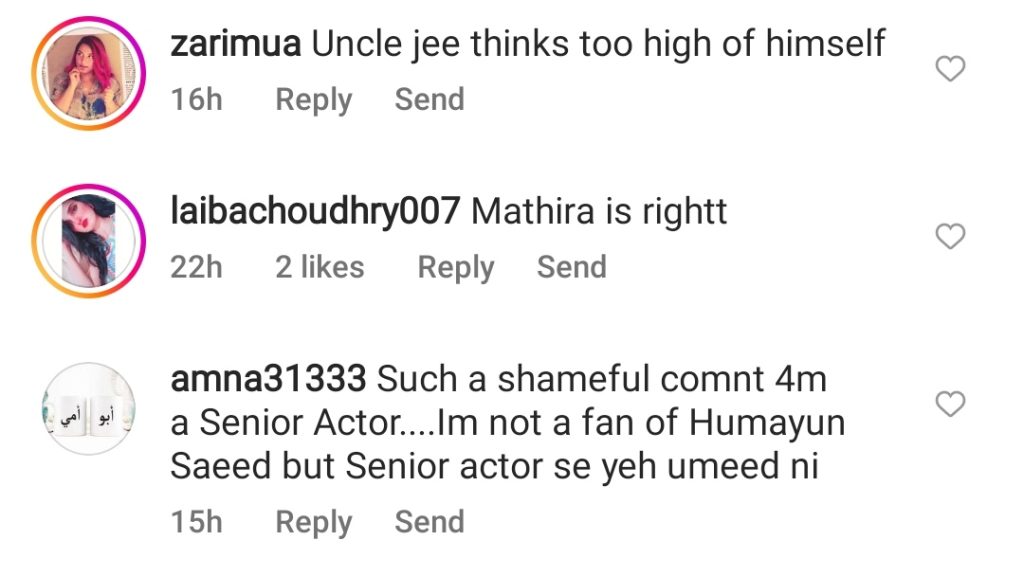 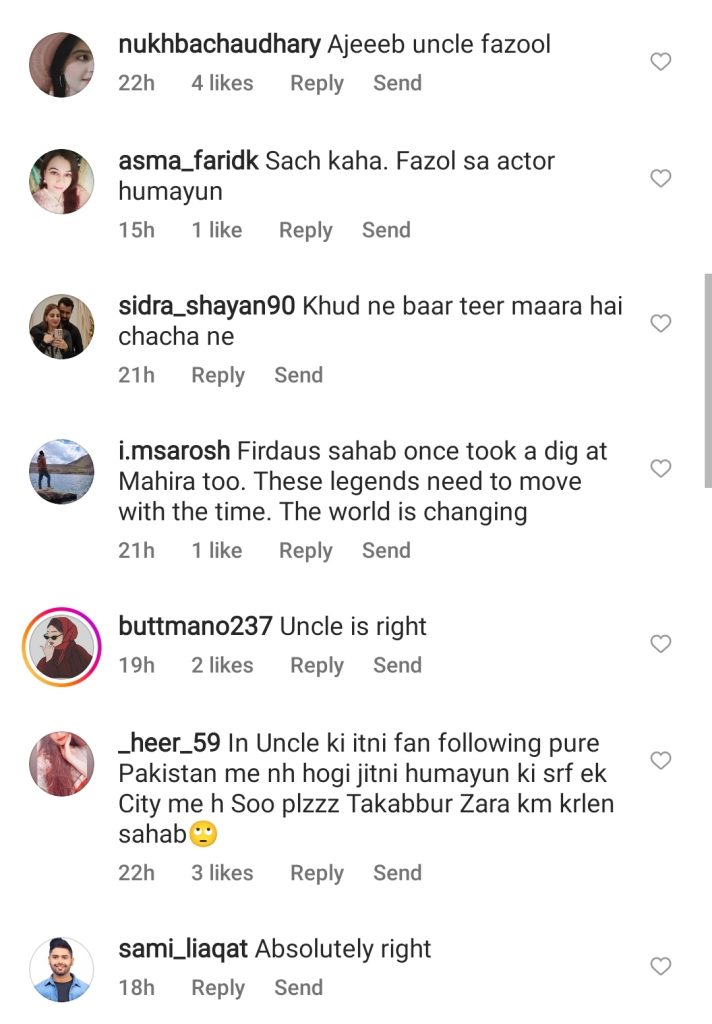 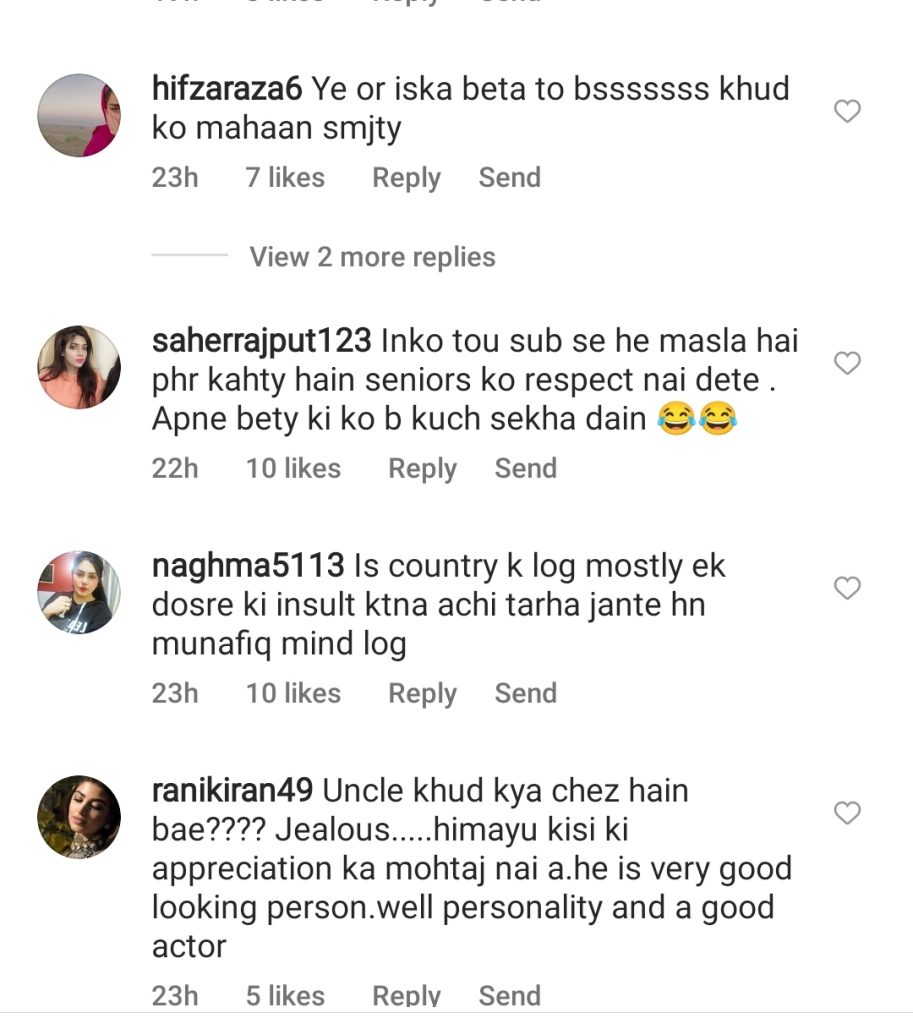 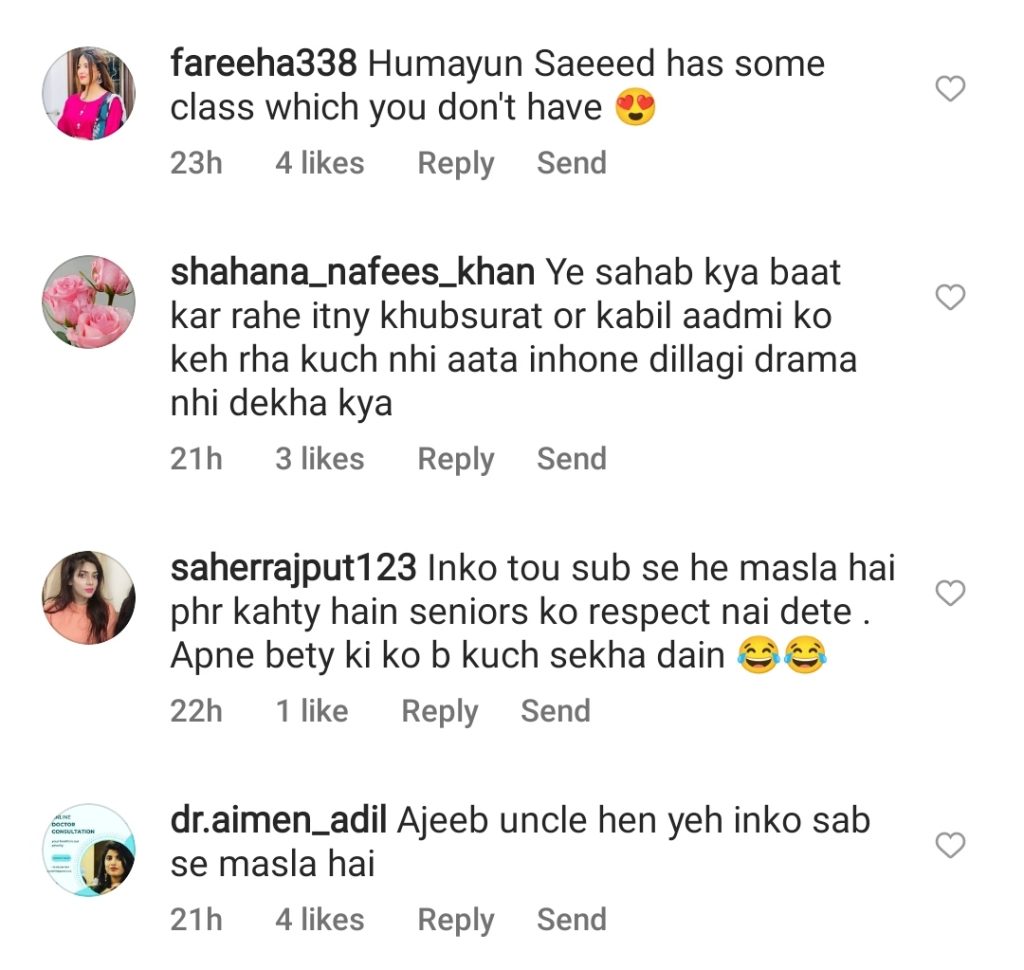 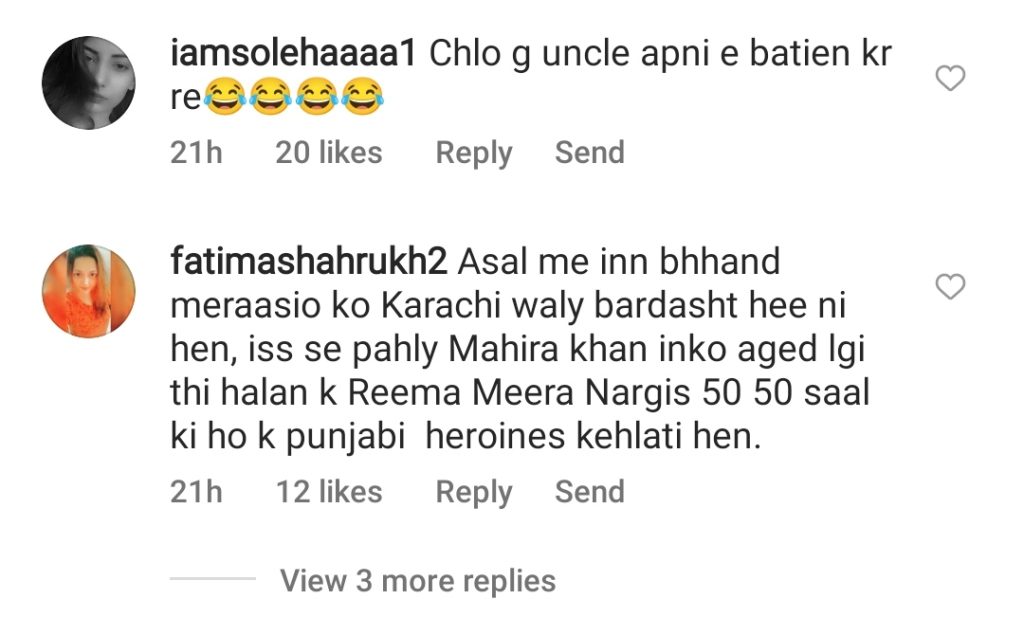 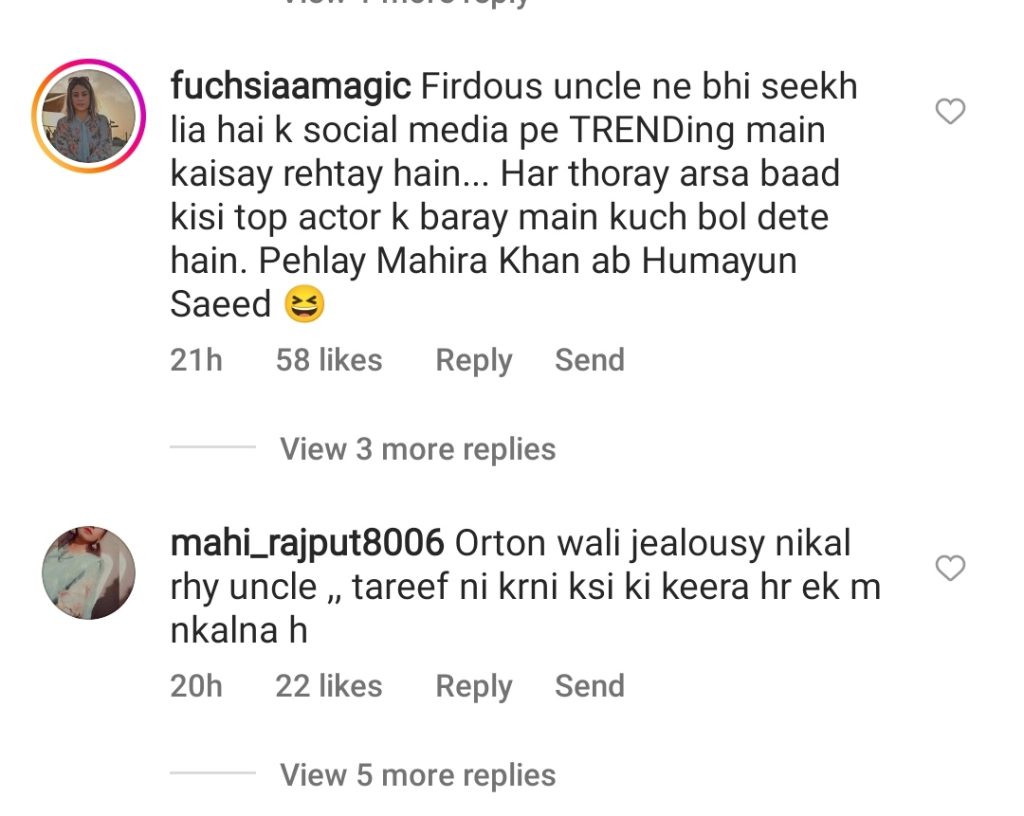