Generation and Saima Bargfrede are the latest to boycott the Lux Style Awards 2019 after Emaan Suleman took the stand and said that she did not want to be apart of the show as they have nominated an alleged harasser among the nominees. Now, the brand Generation and Makeup Artist Saima Bargfrede have also followed in her footsteps and step down from their nominations. 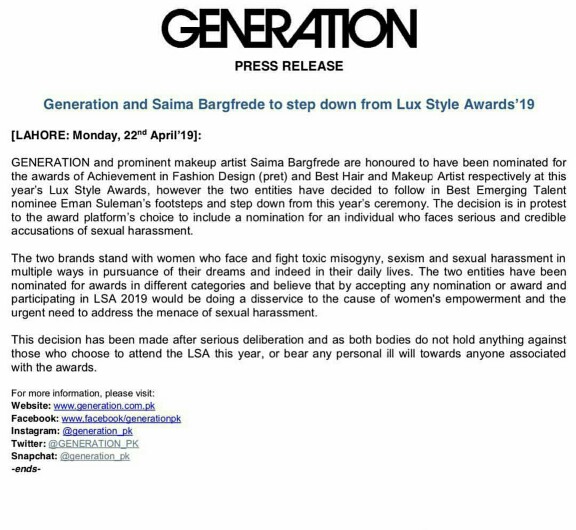 It has been quite a debate since the biggest harassment case of the Pakistani entertainment industry when the legal battle between two stars Meesha Shafi and Ali Zafar started. It is a new turn in the events as two other big names have also boycotted the show. Let’s see how a platform as big as the LSAs is going to handle this!