Meesha Shafi Steps Down From The LSA Nomination

A whole new debate came about as model Emaan Suleman boycotted the LSAs as she did not feel right to be nominated with an alleged harasser. She expressed her feelings about the situation on social media. Now, two others have taken the similar route as the brand Generation and Makeup Artist Saima Bargfrede also stepped away from the LSAs.

Meesha Shafi is right now the biggest artist who has taken a stand among the ongoing Me Too movement in the world. She came out about a situation and openly told her story. She was also nominated at the LSA 2019 for her song Mein. She has also stepped down now and she thanked Eman Suleman as well as Saima Bargfrede and Generation. 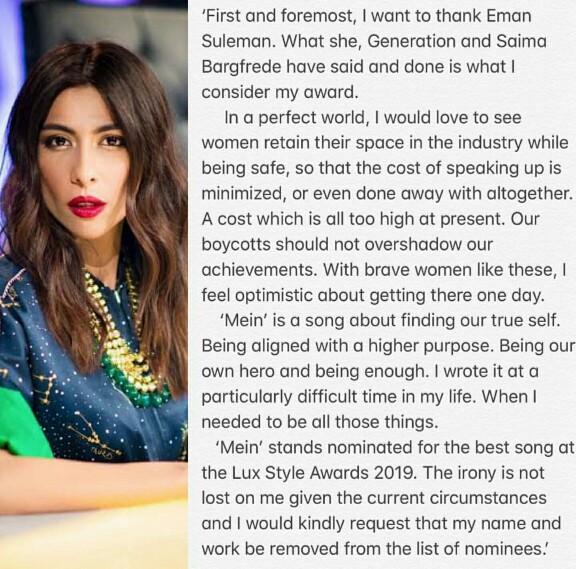