Ghisi Piti Mohabbat was an Ary Digital drama produced by Idream productions. The drama was written by Fasi Bari Khan and directed by Ahmad Bhatti. 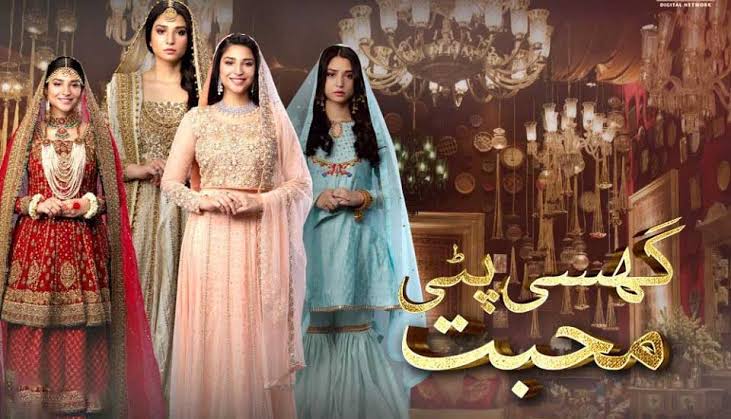 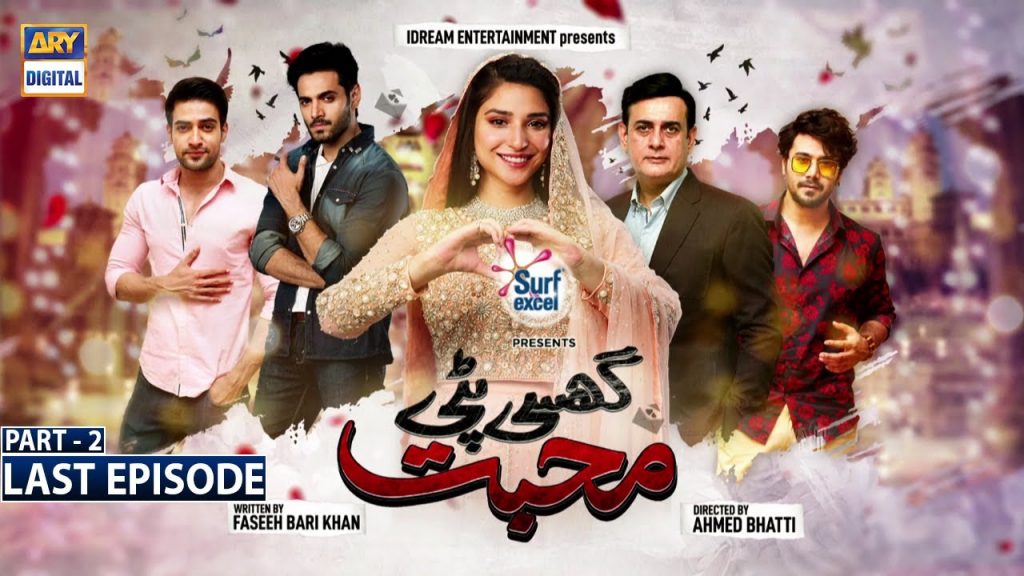 The drama revolved around a girl who was in search of a real companion ship but remained unfortunate in this regard and ended her three marriages willy or Nilly. Samia, in the end decided to open a restaurant and stayed alone instead of marrying for fourth time. 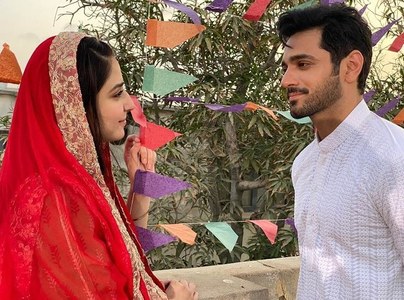 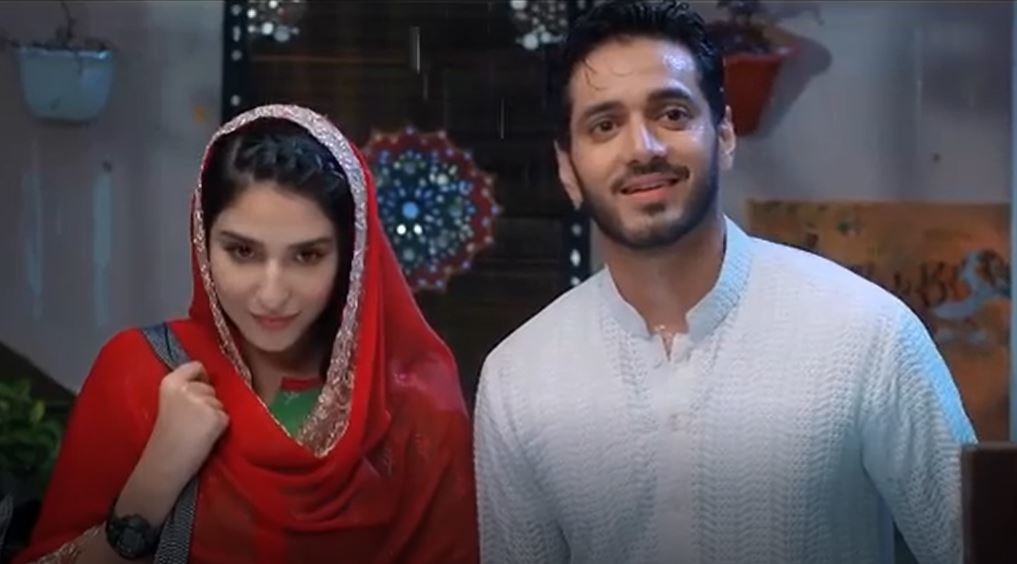 Today the last episode of the drama aired and the public has mix reviews about the drama. Some said it addressed the real issues in an understandable manner. Some said the drama is for specific viewers. Some viewers said such dramas should get hit because they touch real issues. 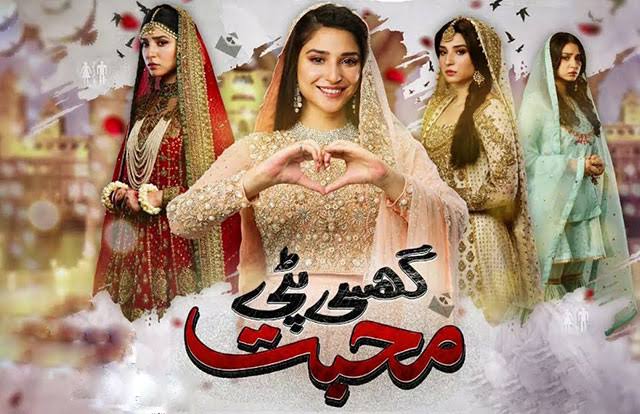 The Netizens also said that it started with a hype but ended up in a boring way. Some Viewers said that they ended up leaving the drama in middle. Mostly people took the subject negatively, they said that woman in the drama wasn’t ready to save her marital life but the ending justified all criticism. The scenario of a lady with three failed marriages was not accepted by most of the audiences, however some agreed that such issues need to be addressed.

Here is a long thread of comments. 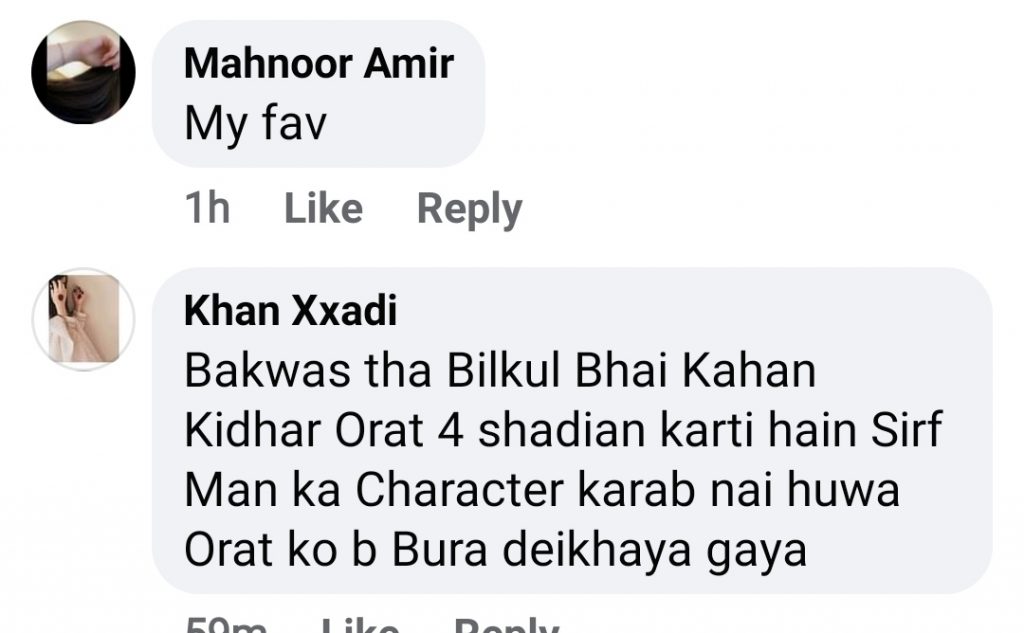 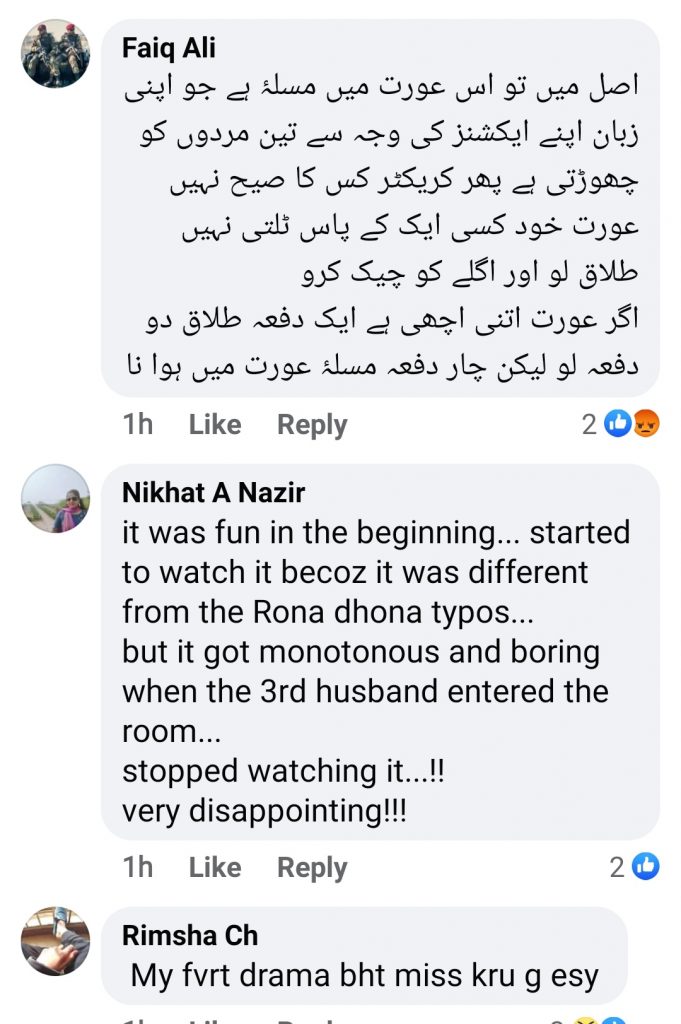 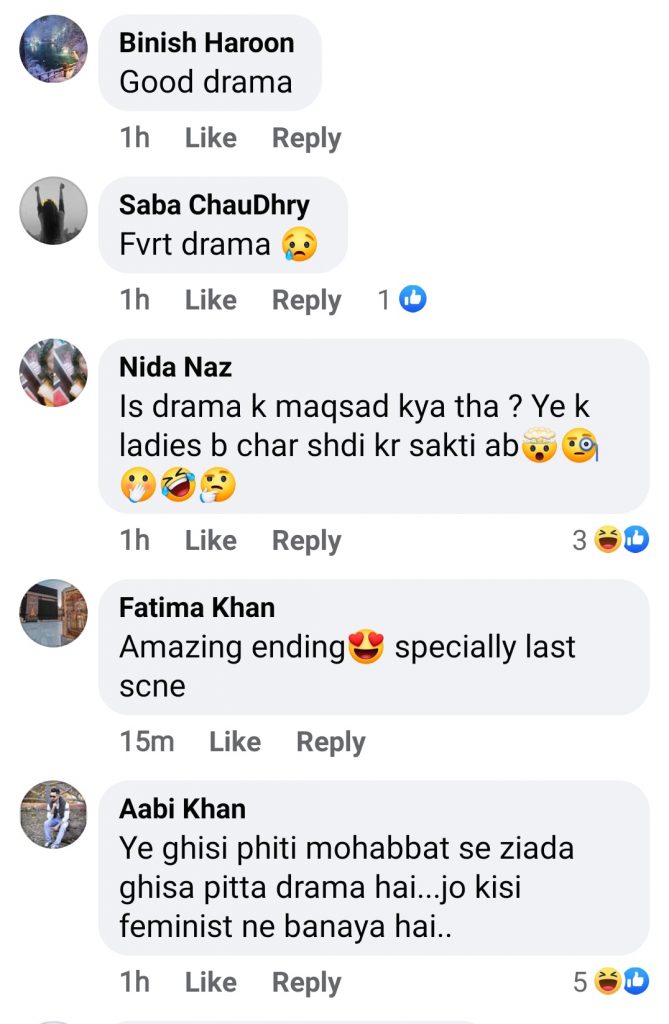 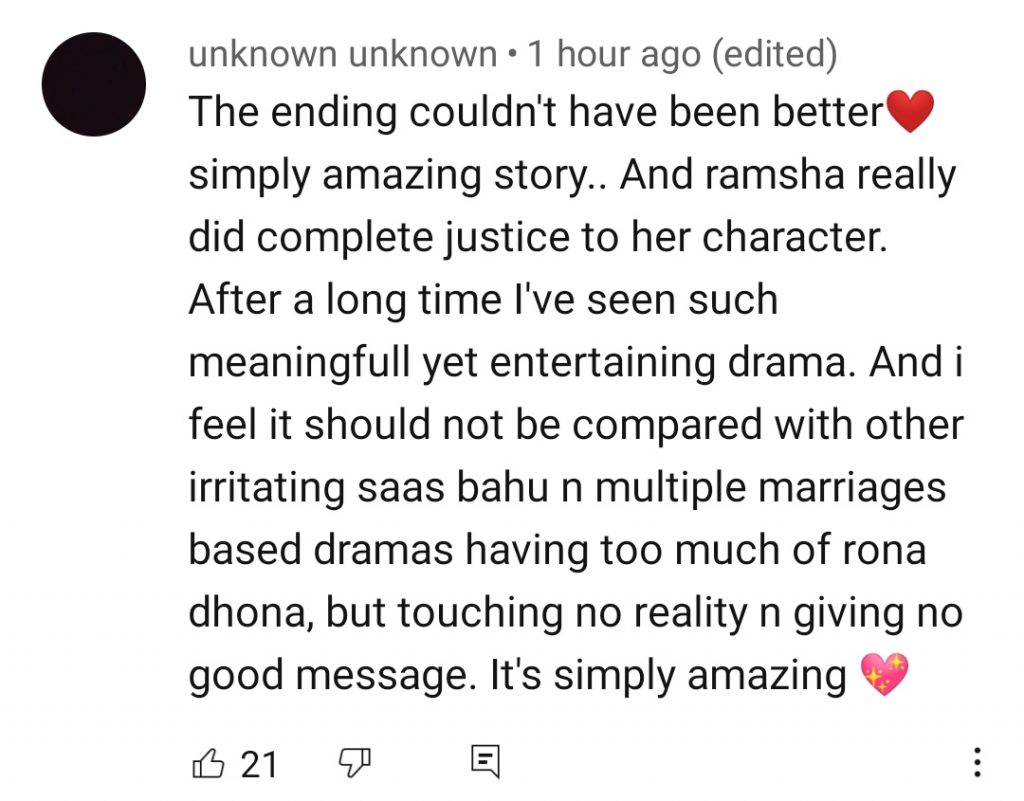 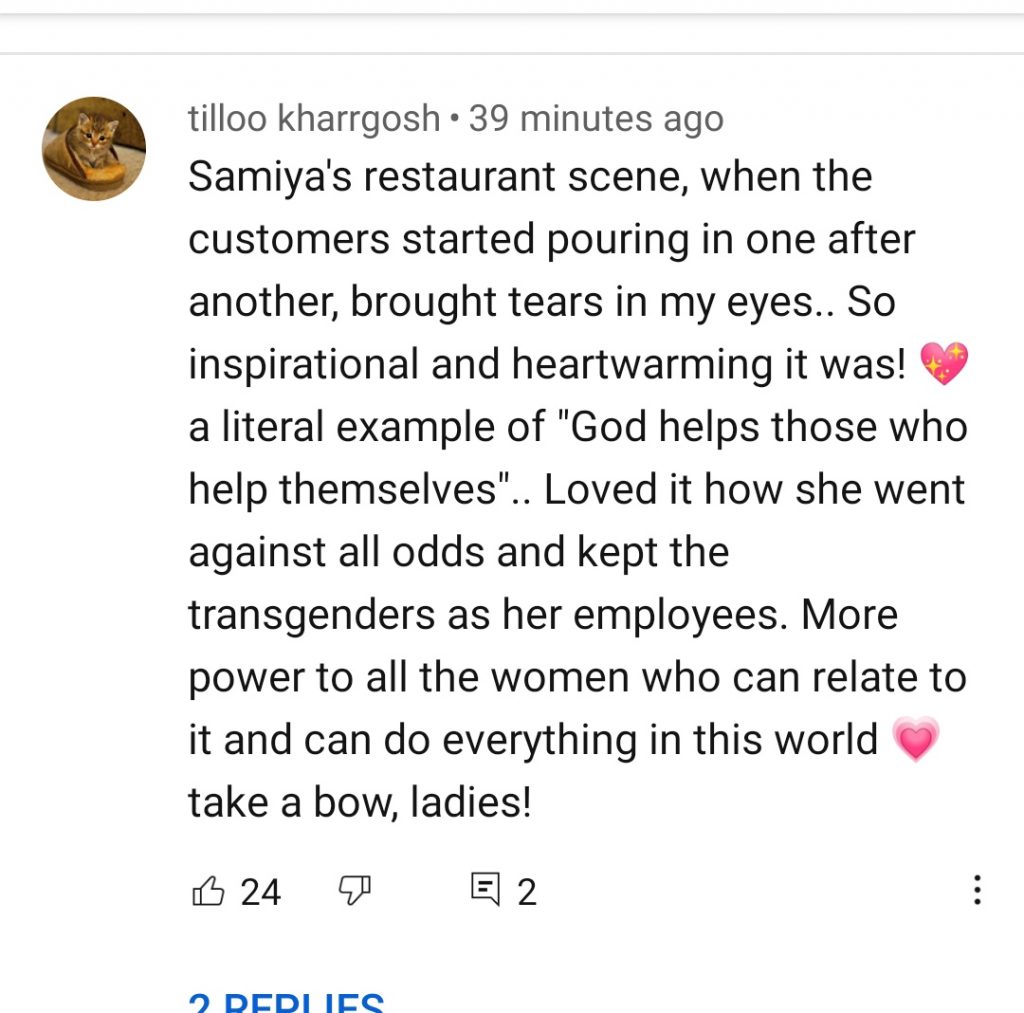 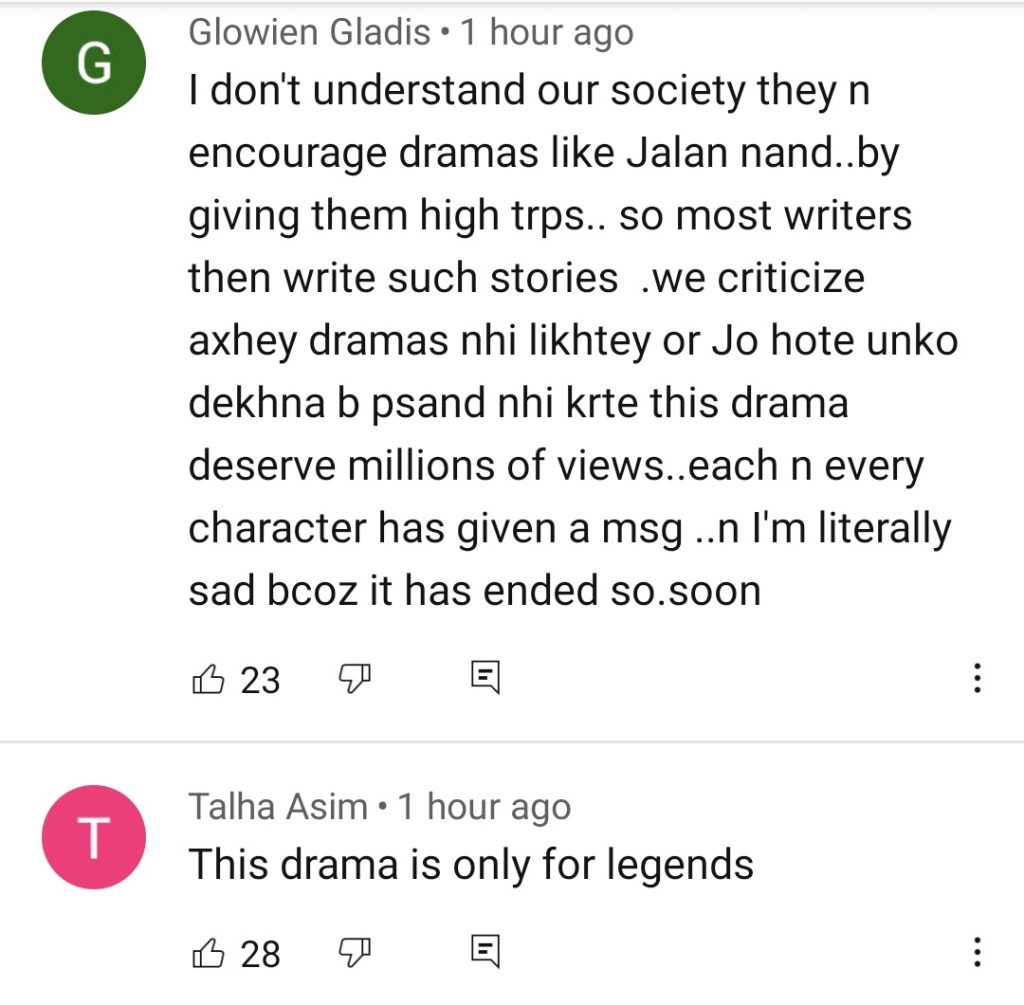 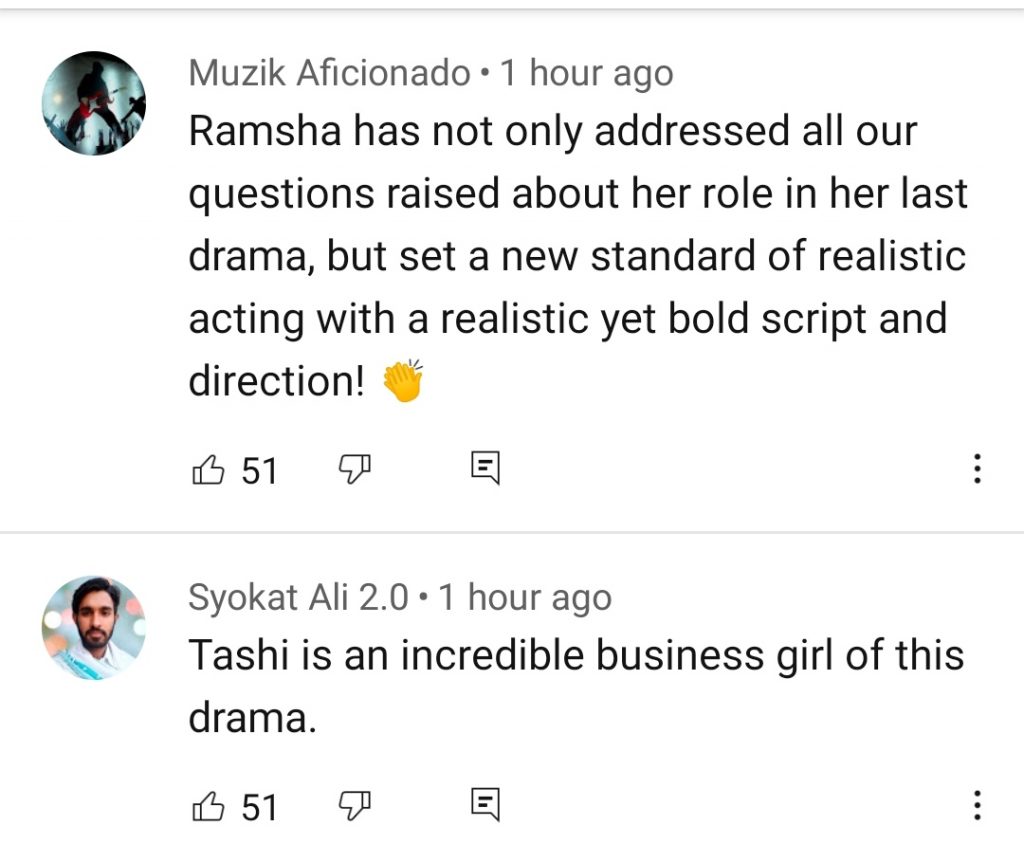