Before Good Morning Karachi, Sabiha Sumar has also directed Silent Waters (Khamosh Pani خاموش پانی) but it was not released in cinemas in Pakistan.

Good Morning Karachi is released only in few multiplexes of major cities. As per press reports many cinema owners have shown little or no interest in screening this film as major part of this 1.5 hour long film is in English language. 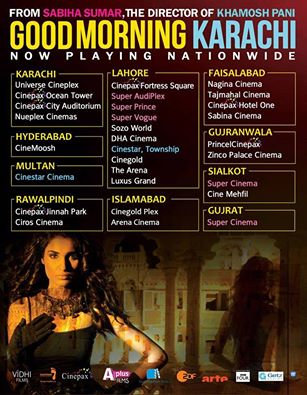