Sanam Jung has been a constant in the world of hosting since she took a break from acting and started hosting Jago Pakistan Jago on HUM TV. She has finally left the show and is back to her acting. Sanam Jung is all set to appear with Zahid Ahmed and Affan Waheed in a drama that will mark her comeback in dramas.

She is, however, keeping in touch with her fans as she has appeared in some live shows this Ramadan. This time she was spotted on Ramzan Pakistan hosted by Ahsan Khan. The transmission has been all over the social media this year as they have had some very loved stars as guests and Bushra Aamir is also co-hosting the show. Here are some pictures of Sanam Jung clad in an off-white outfit as she appeared on the show: 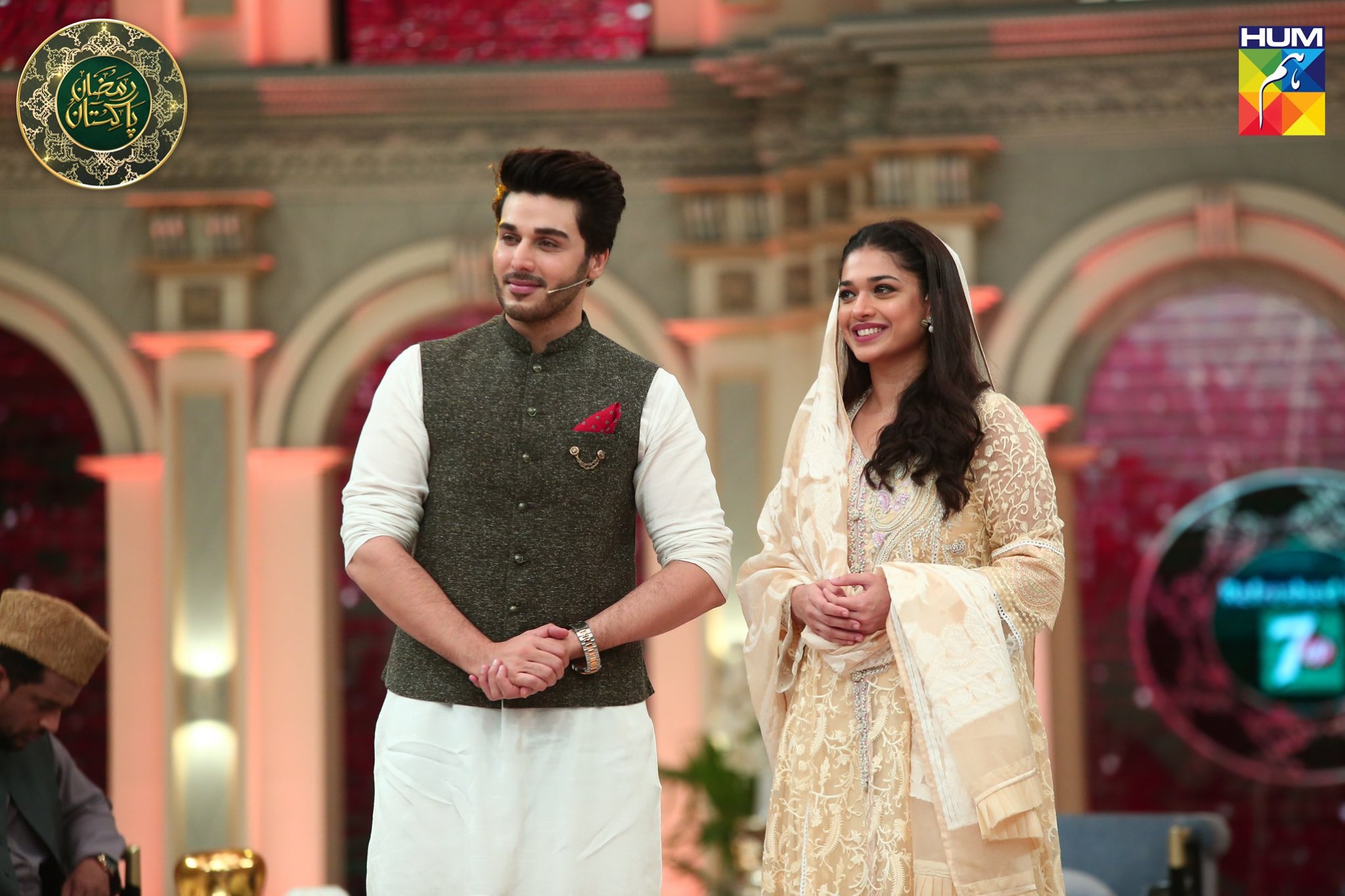 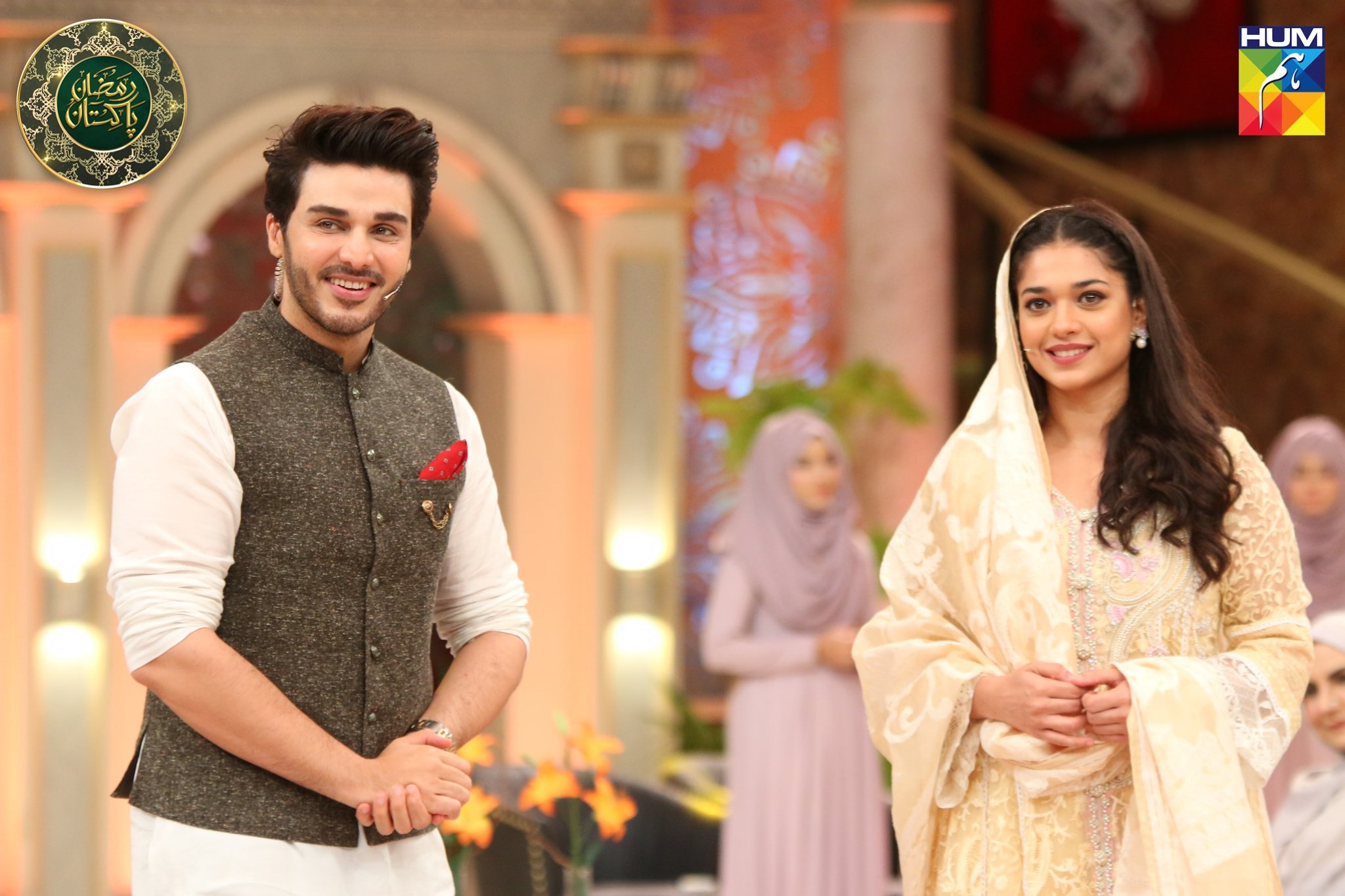 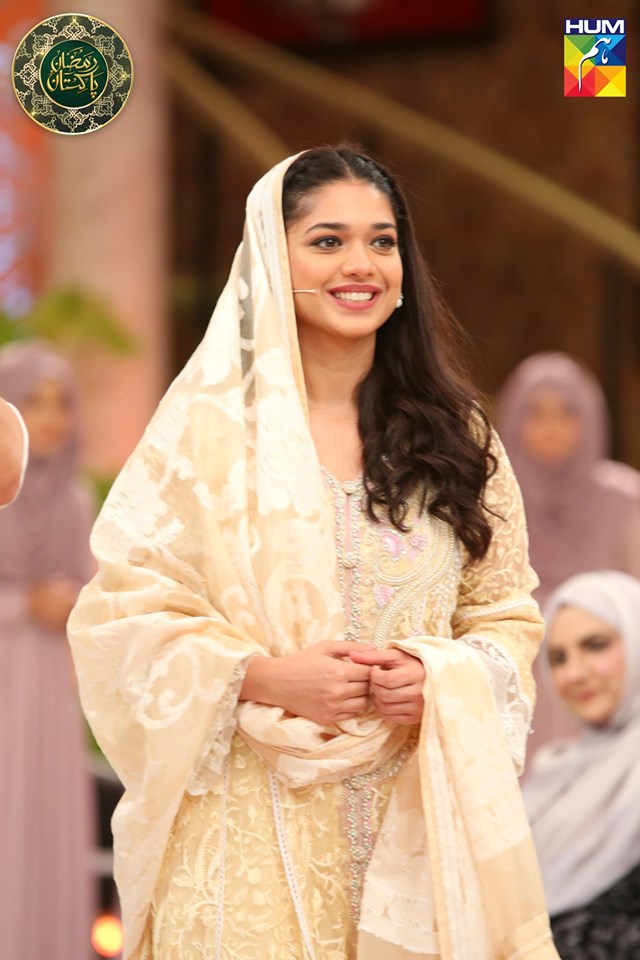 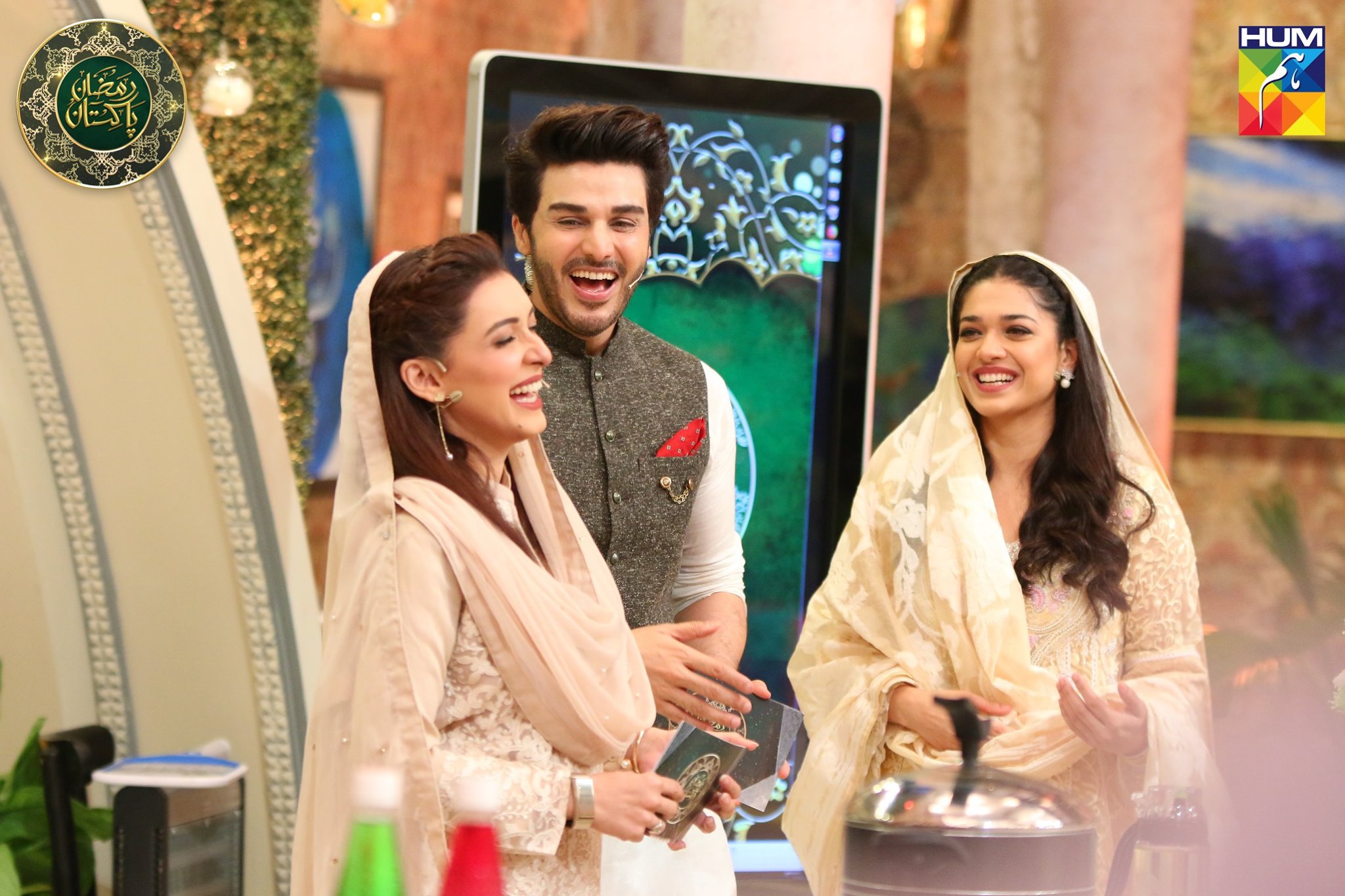 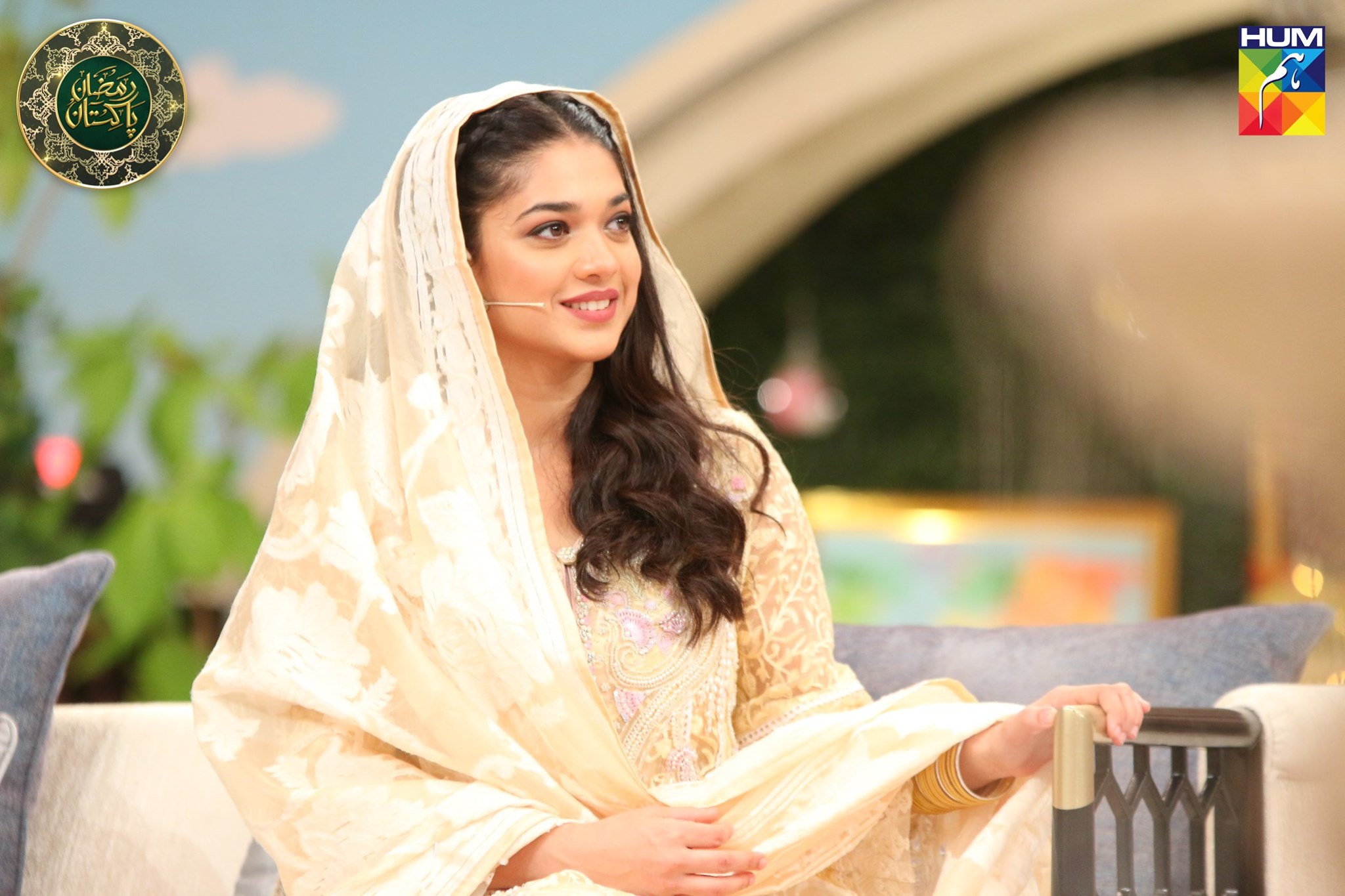 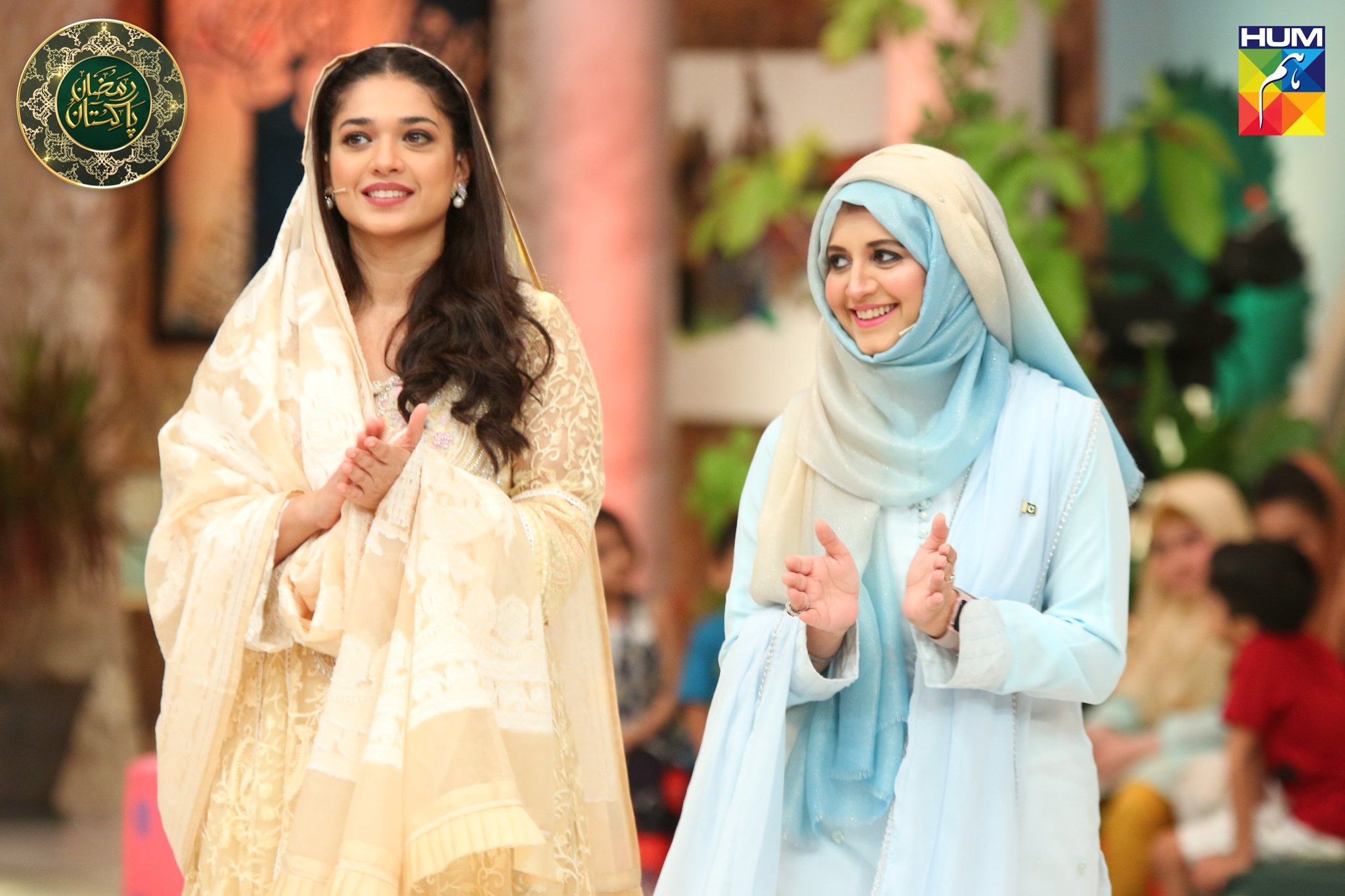 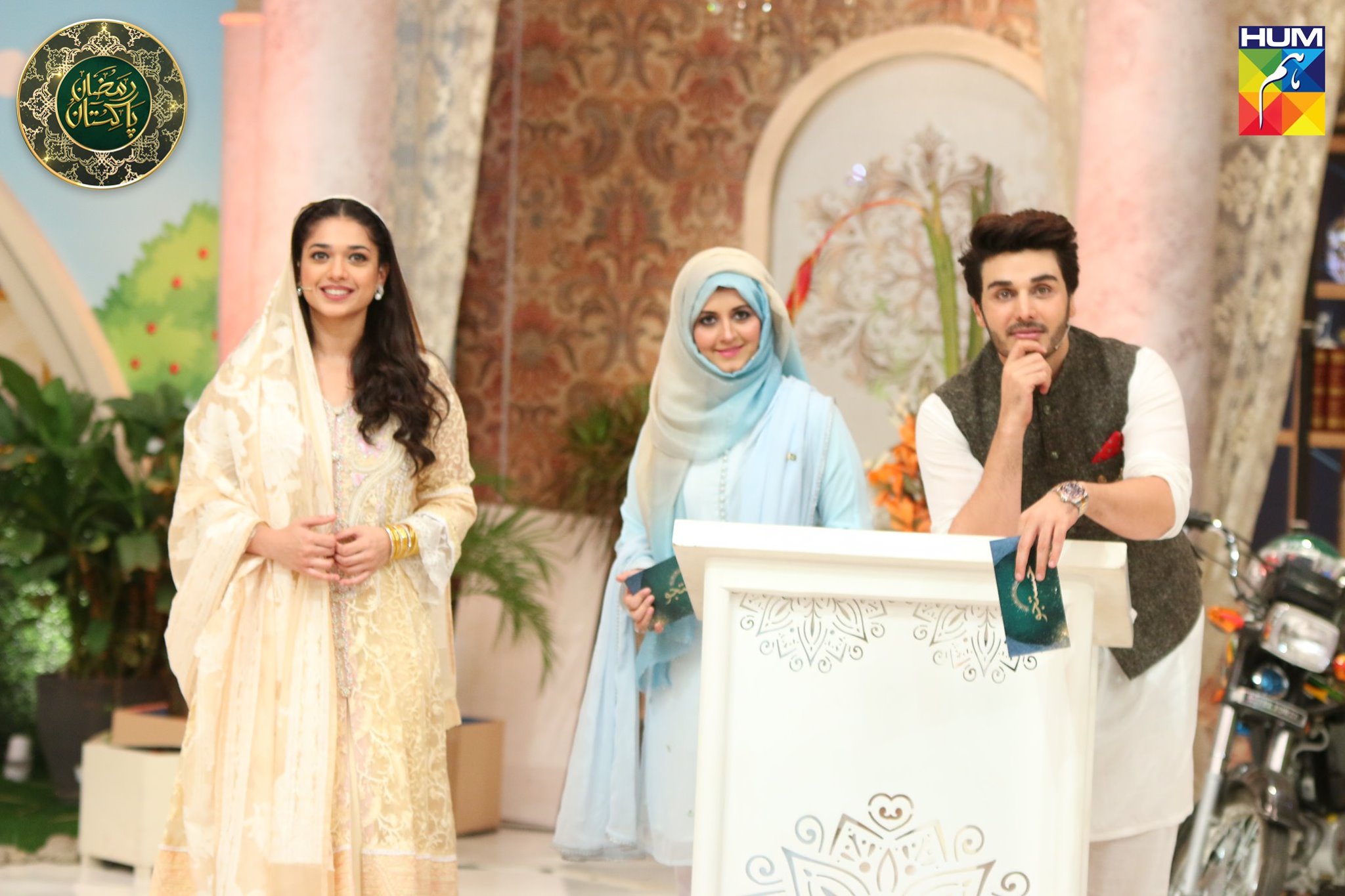 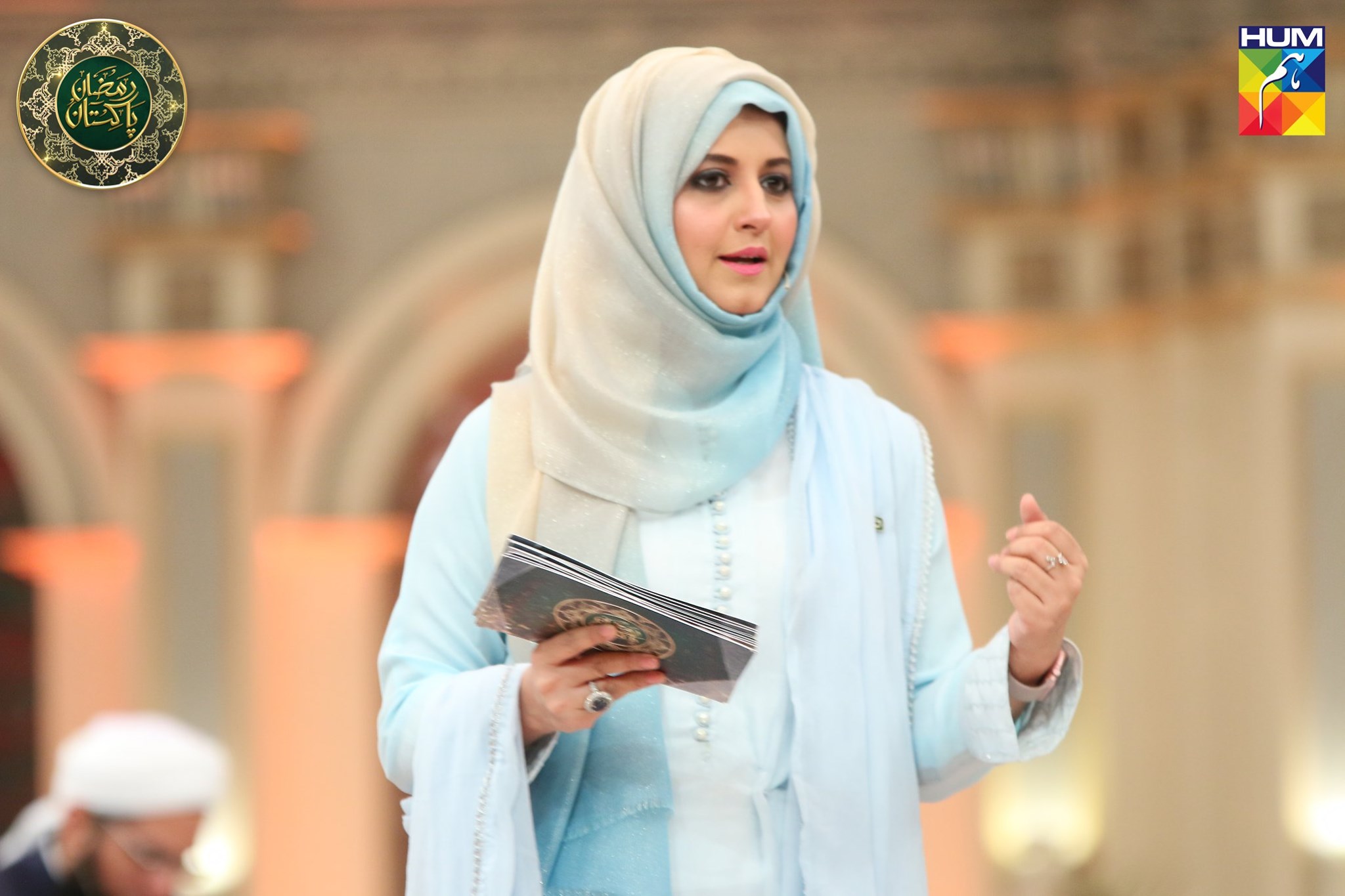 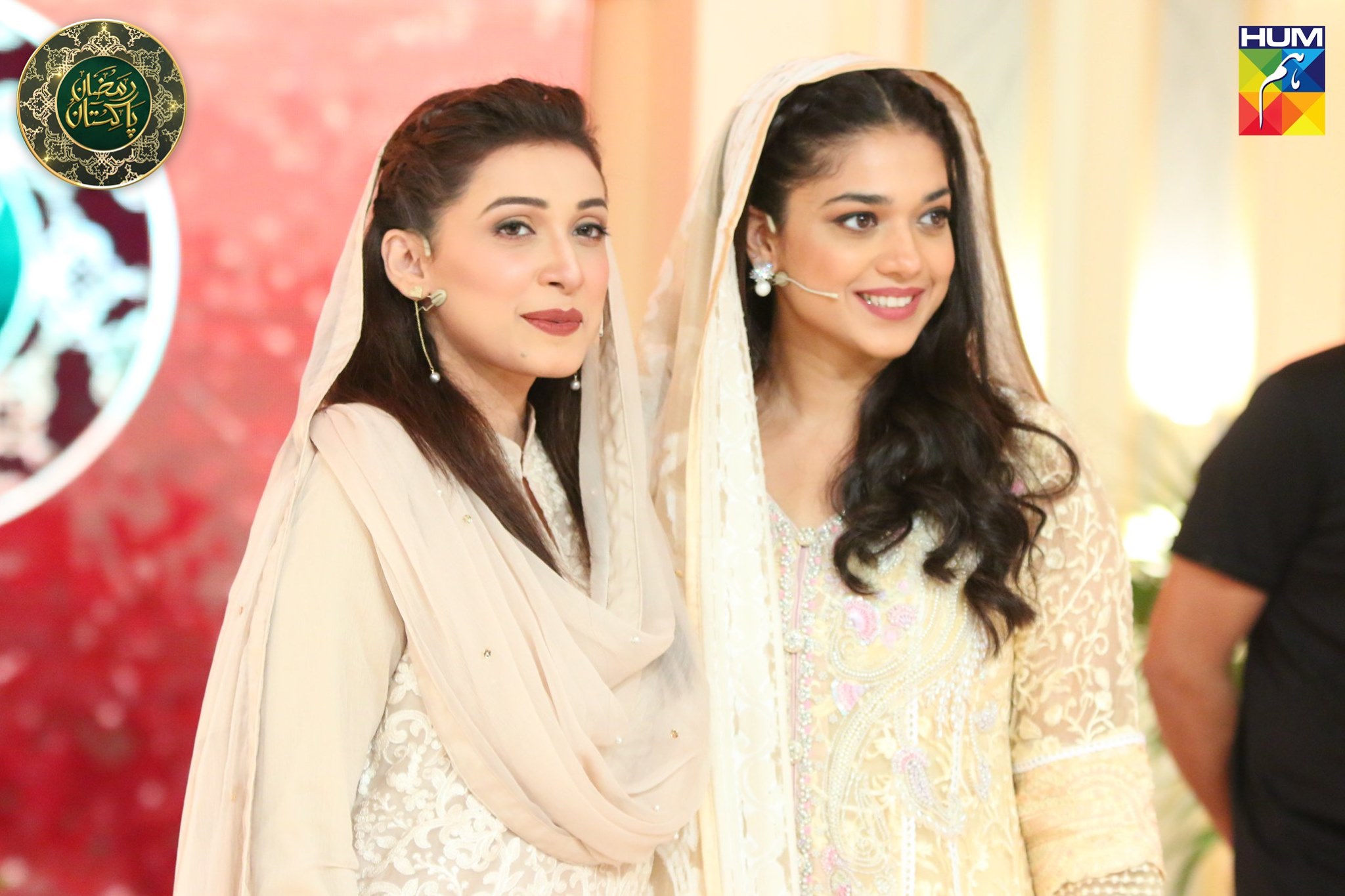