Just when I feared the buson ke dhakkey would start to get to Omar, I was relieved to see him take pleasure in the little things in life. While he may be struggling, he has a strong support system in the form of Mohini and Mrs. Mirza and that pretty much completes him. I think all he ever wanted was to be loved and here in the midst of these two women, he gets all the attention he has been craving. Even though he is supposedly the man of the house, he is conditioned to following instructions so Mohini has full control over his actions. I was happy to note the conversation between Mohini and her mother where unlike our sazish- bhari TV moms, Asma advised Mohini to back off and let Omar be. 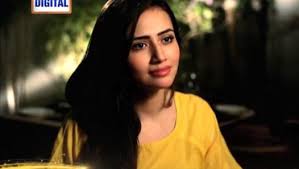 The scene where the trio went to thank Adnan was nice- a little awkward initially but Adnan isn’t one to let anything embarrass him. Further to their brief discussion on how Omar commutes to work, Omar is handed car keys by his office and told that the CEO has tweaked the contract to allow for a car. Thankfully we won’t be seeing Mohini pretending to drive anymore! Sr. Hashmi seems to enjoy belittling his junior every chance he gets- Hamesha dosron pe depend karney wali, fakheeron jaisi fitrat toh nahin develop hoti tumhari… In the heat of the moment, Omar decides he will quit Adnan’s job but Mohini’s “breaking news” distracts him. It appears that the two are expecting a child and Mohini tries to make Omar realize that he can’t allow his father to get to him since he has a responsibility now not just as a husband but as a would-be father too. 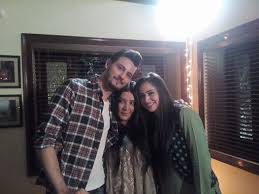 Rahat Hashmi is so full of himself he leaves no opportunity to put others down- I’m starting to think Haniya is getting a little sick of his attitude. Haniya is no gold-digger and it wouldn’t surprise me if she leaves Rahat. In fact, I’m secretly hoping she leaves him. A new character was introduced tonight- a Bengali housekeeper- Zeb-un-Nisa. Rahat’s sudden change of body language gave away that he is extremely uncomfortable seeing Zeb-un-Nisa and he tries to make petty excuses to get rid of her but Haniya decides otherwise. Some quick flashbacks reveal a vision of a lady that sends Rahat into a pool of sweat. Did Rahat have an affair with someone he’s lived to regret? Zeb’s expressions state that she too knows Rahat Hashmi and she probably planned on coming here. Rahat is turning out to be far more intriguing than I ever imagined. 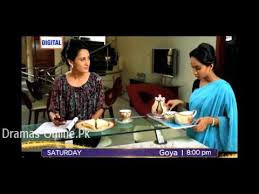 I’m thoroughly enjoying Omar and Mohini and their casual, sarcastic exchanges. There’s simply one word to describe these too- CUTE! I liked how Omar reacted to the overuse of the word and I’m grateful for that. It’s nice to see that the level-headed Mohini has a personality that defines her in every relationship. She knows when to take charge of the situation and she knows when to let go. I’m dreading seeing these two break apart. They are just MFEO! Looking forward to seeing more next week.