Hamza Ali Abbasi is a very talented man without any doubt but lately his status updates on his facebook page have been inviting a lot more criticism than one person can handle. His dramatic resignation and his regular status updates on politics and national issues have made him more than just an actor and director. There are some people who get inspired by him but there are also those who make fun of the actor who has something to say about everything.

Hamza Ali Abbasi said in one of his posts that some brand pulled back its brand endorsement because of his opinions on national issues. 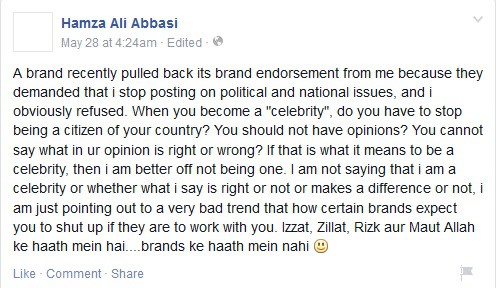 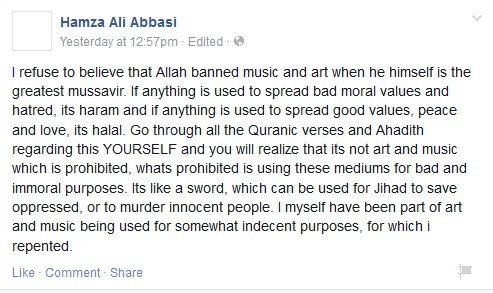 Hamza Ali Abbasi edited this post after public outburst because initially he had used the words “musician and artist ” and not “musawir”. 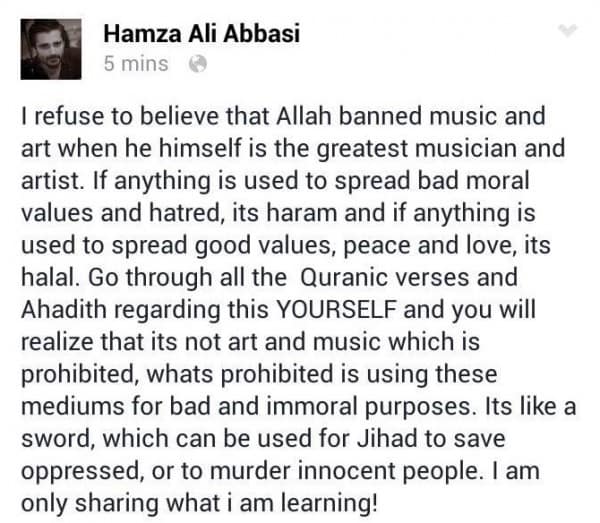 In the edited post he also added the part about his own “repentance” after people talked about everything that he had done in his film and questioned whether that was “art”!

He also gave more clarifications as people kept on criticizing him. 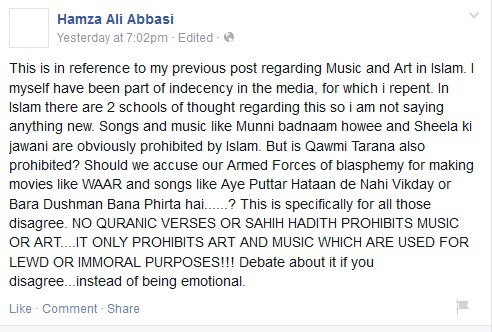