When Hamza Ali Abbasi joined PTI it was a moment of surprise for many because Hamza’s mother’s political affiliation lie with the Pakistan People’s Party. Hamza Ali Abbasi said that he had faith in PTI’s leadership and agenda therefore he felt that it was his duty to be a part of this political party so that he can serve his country better.

Ever since Hamza has joined PTI he has been very vocal on Social Networking Sites about his take on the political ups and down in the country. He has been inspiring his fans and followers to do what is right in order to set Pakistan on the right path. 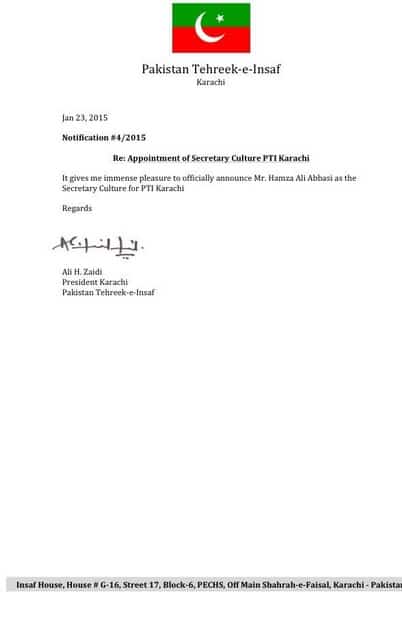 Here is Hamza’s first tweet as the Cultural Secretary of PTI Karachi: 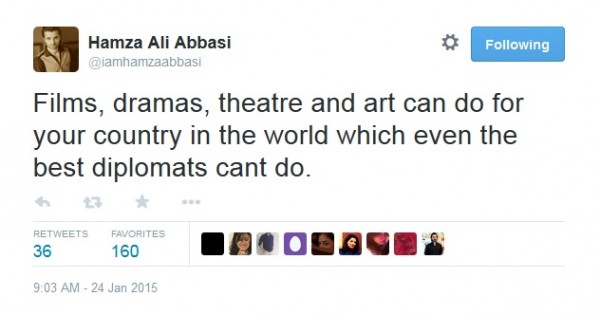