Hamza And Naimal Twinning In Black

Hamza Ali Abbasi and Naimal Khawar Abbasi are the new talk of the town. Their engagement rumours took social media by storm. Later, the couple tied the knot on August 25 in a simple wedding ceremony, followed by a valima reception on August 26 evening. They got married in a very simple manner. The wedding ceremony was attended by relatives and close friends. Naimal also chose to wear her mother’s wedding dress and quite surprisingly she did her own makeup too while, Hamza wore white Shalwar Kameez. Their simple style wedding was heavily praised by people.

People are loving this cute duo. Their beautiful looks has amazed everyone. Hamza and Naimal were spotted twinning in black. He shared a car selfie with Naimal on Instagram. The caption reads, “My biwi and I”. 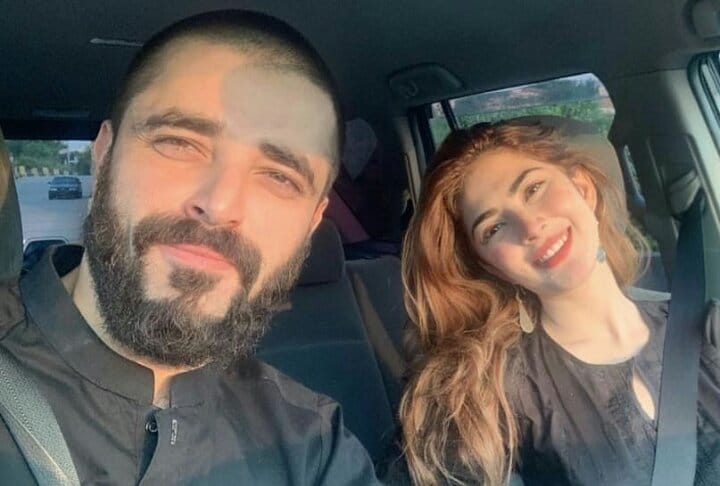 Before this, Naimal also took to her Instagram stories to praise Abbasi’s photography skills. She posted a picture of her painting and her caption reads, “My husband is a pretty good photographer”. 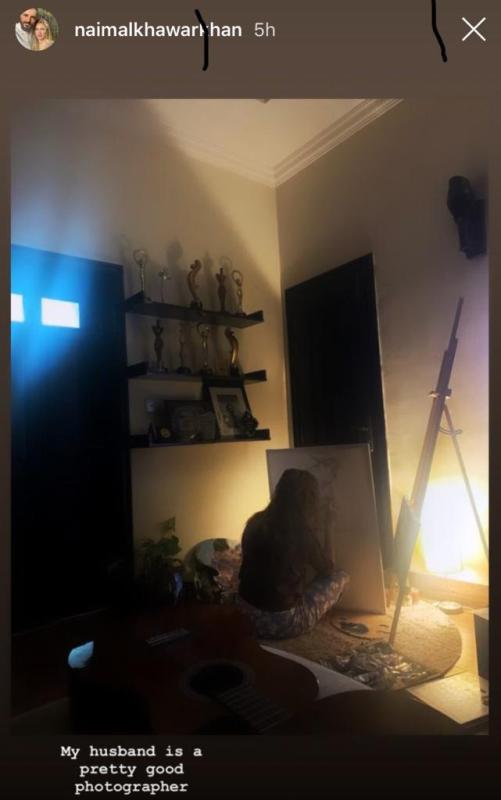