The emerging starlet, Hania Amir has landed herself in a harassment controversy and interestingly she is not the victim. Hanis is known for her excessive activity on social media. It is the medium which brought her in the industry in the first place. And now after garnering immense fame, Hania is still active on all of her social media accounts. Recently Hania posted a video on Snapchat filmed during a flight. She was trying to get a man seated behind her in her video and the man was visibly uncomfortable. Hania was making fun of him and still got him in her video:

People lost it on this and social media was flooded with responses against Hania: 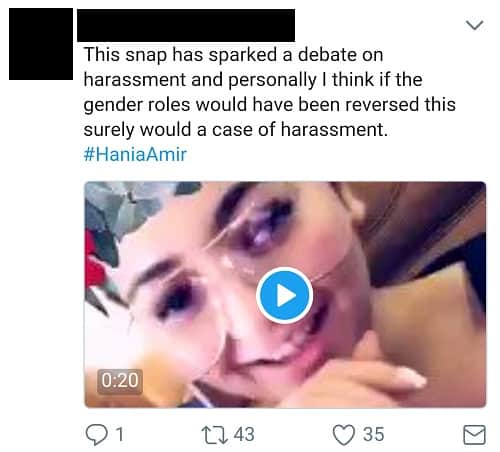 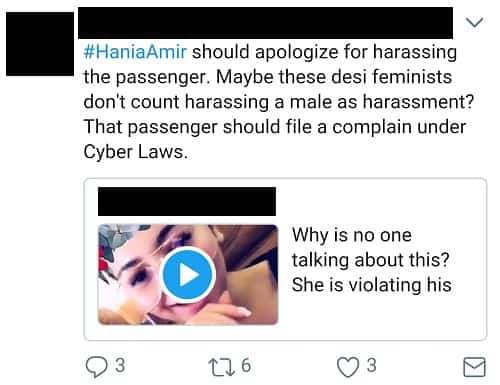 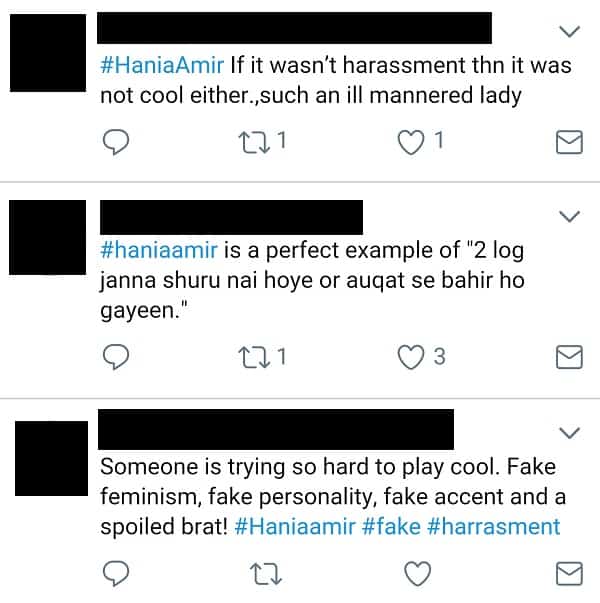 Hania, on the other hand, has talked to Express Tribune on this issue and said that she didn’t mean to harass anyone and it was all fun:

“First of all, I’d like to apologise to everyone who got offended by the video I posted. That was not my intention at all. My intention was never to harass a man since I do know how it feels to be judged on how I wear my hair, what shoes I wear. Therefore, as soon as the video was uploaded and I saw the snap, I deleted it right there. I wasn’t trying to invade his personal space or anything like that. I’m known for making funny vines and videos and that was what the video was about. I wasn’t harassing anyone…. That definitely wasn’t what I meant to do. It was just an exchange of  expressions between two people and I found that hilarious at that time. However, I would still like to apologise to everyone about it.”

What do you think about this incident? Share your thoughts!