Mehar Bano is a extremely gorgeous, talented and very bold Pakistani actress, model and filmmaker. She made her acting debut in 2011 from drama serial ‘Daagh’ which was with Fahad Mustafa. In 2018, she appeared in a Lollywood movie ‘Motorcycle girl’ which starred Sohai Ali Abroo, Ali Kazmi and Samina Peerzada. Mehar Bano was also spotted in web-series Churails and Qatil Haseenaon Kay Naam, recently, she performed in Geo Television network’s hit Mere Humnasheen. 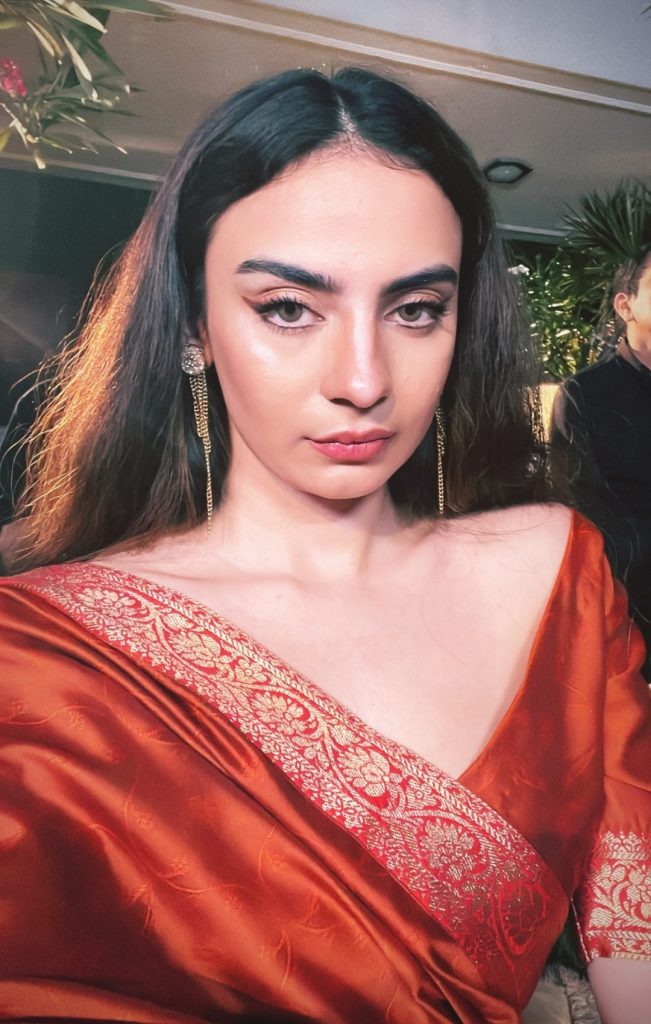 The Mere Humnasheen actor has just gotten married to the producer Shahrukh Kazim Ali. Maher Bano is also admired for her most of the dance videos. She regularly treats her fans with her dances. This time, she has posted the video which is for LSA. She’s dancing on the theme song of LSA. Well, have a look at the video:

Fans saw her video but they didn’t like it at all, the fans are of the view that she doesn’t look good while dancing and her steps are also very unusual and similar which don’t appeal the audience. They also criticized her on the outfit choice. Here are the criticism comments by the fans under her post. 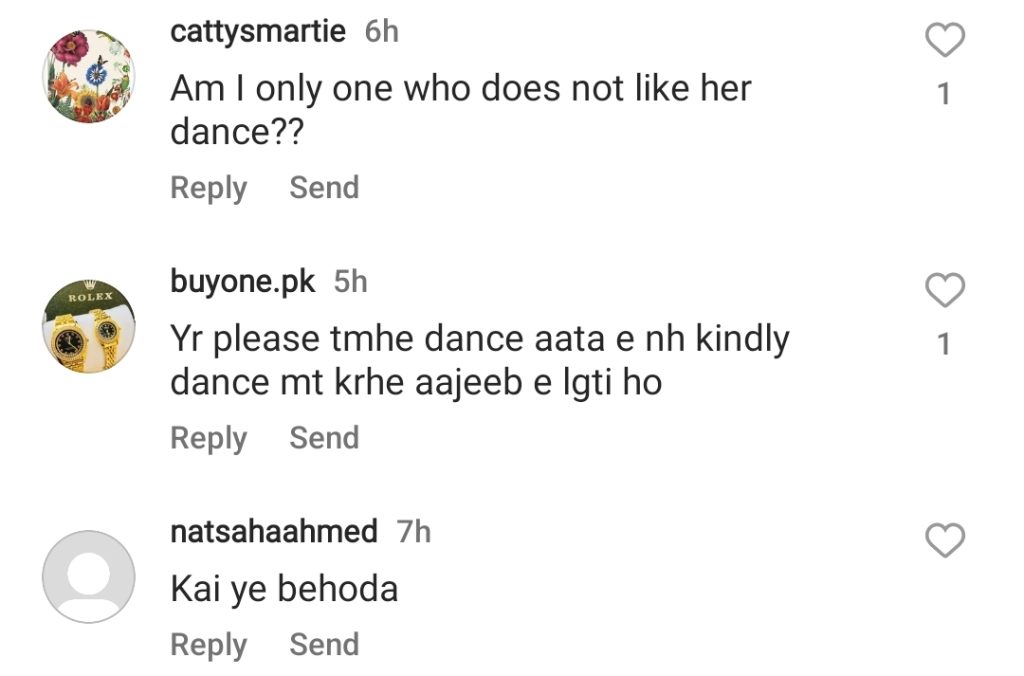 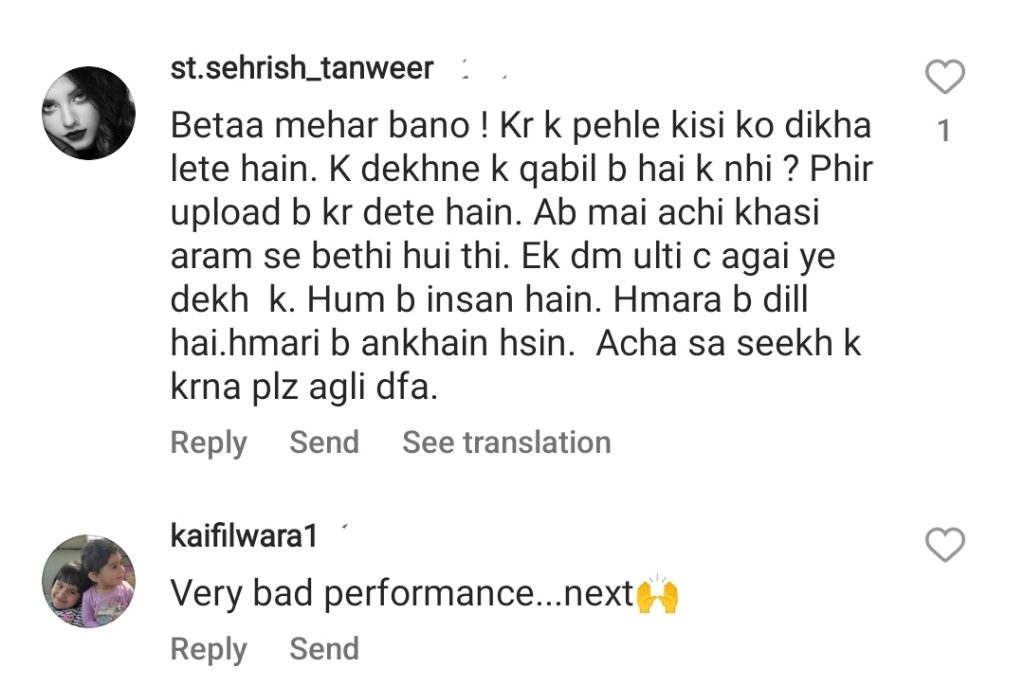 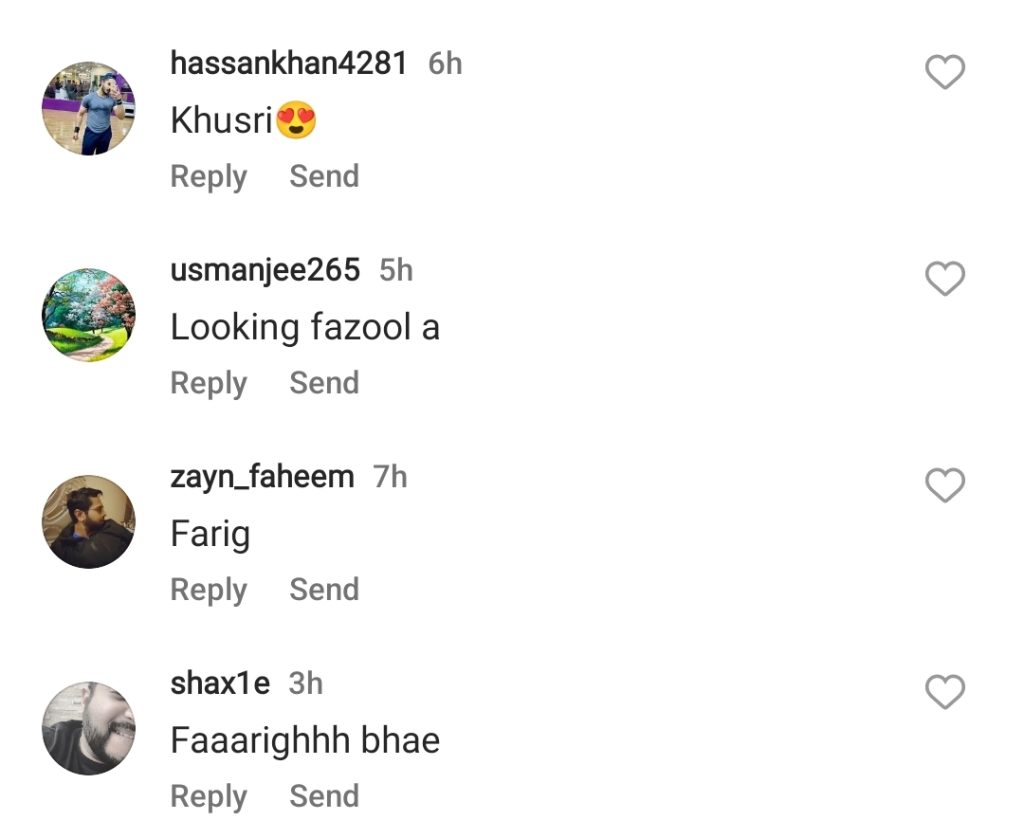 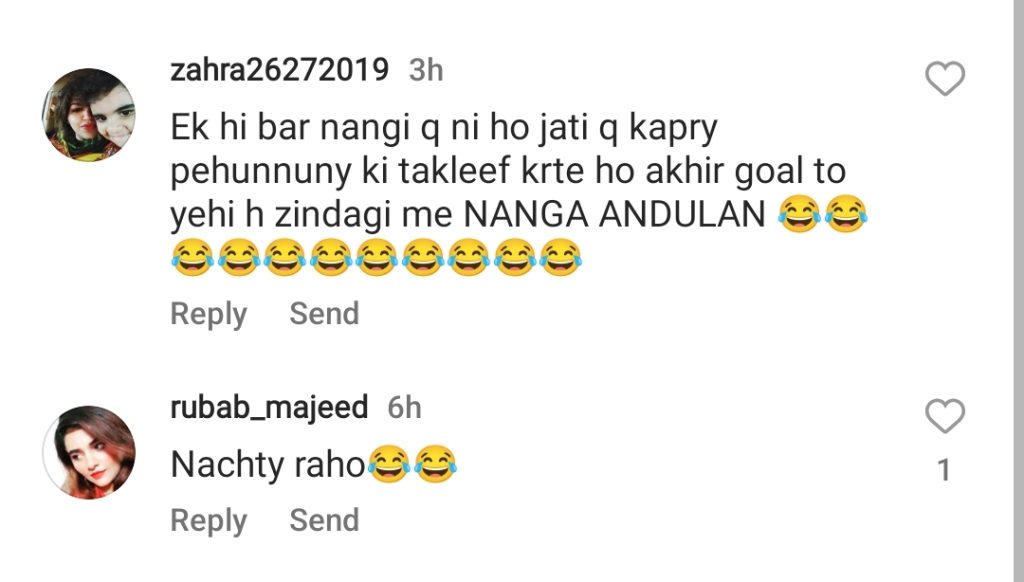 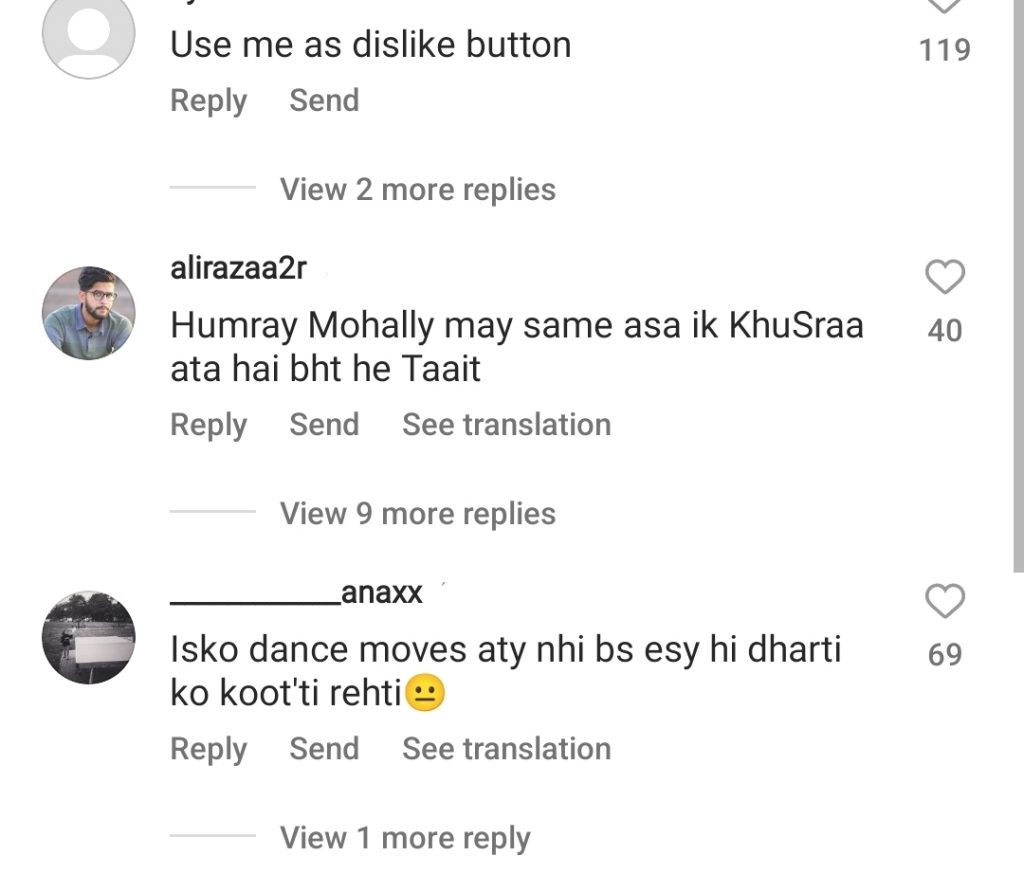 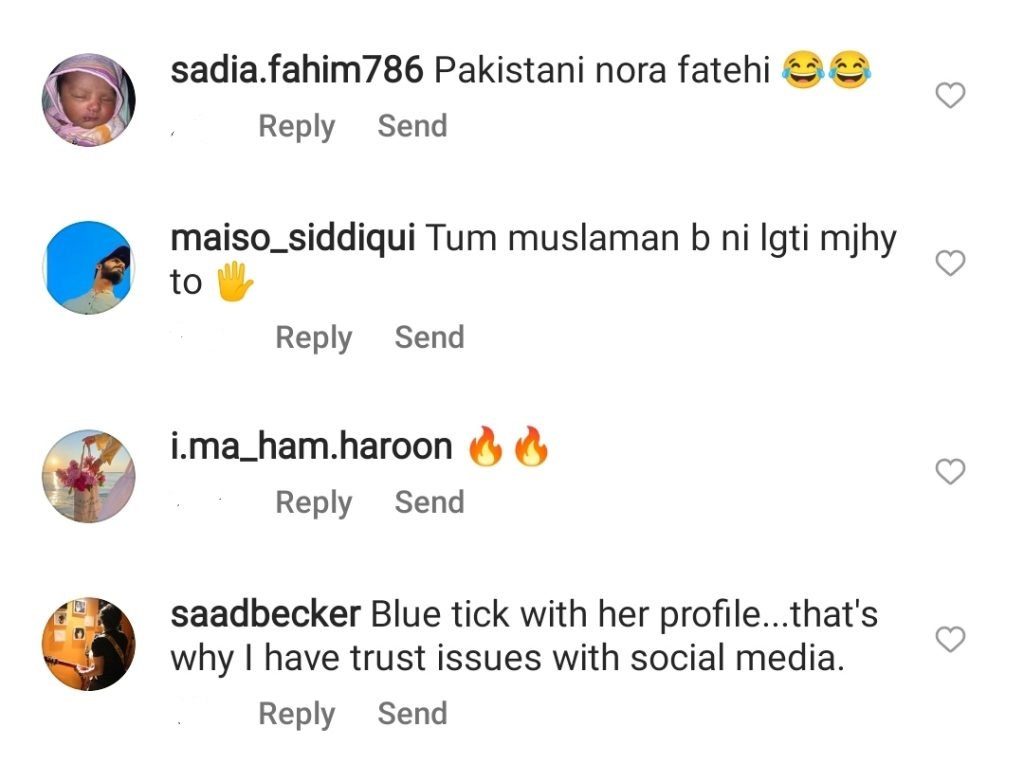 Here are her screenshots from the video. Have a look: 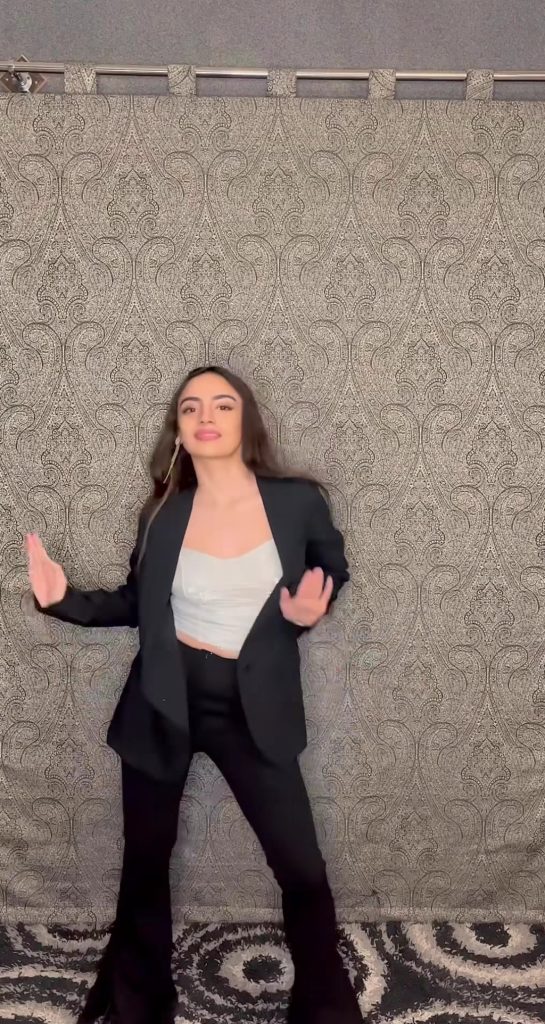 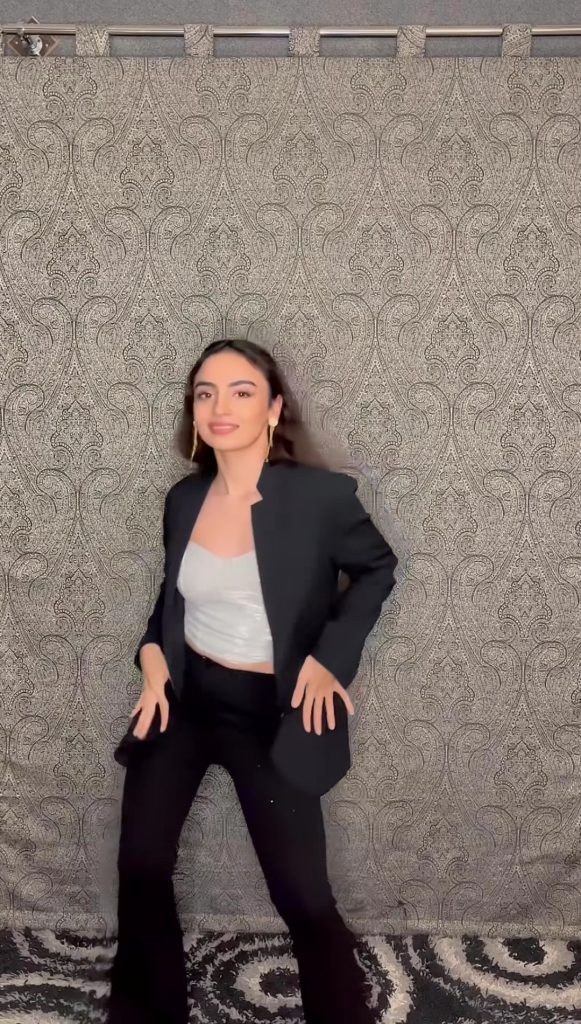 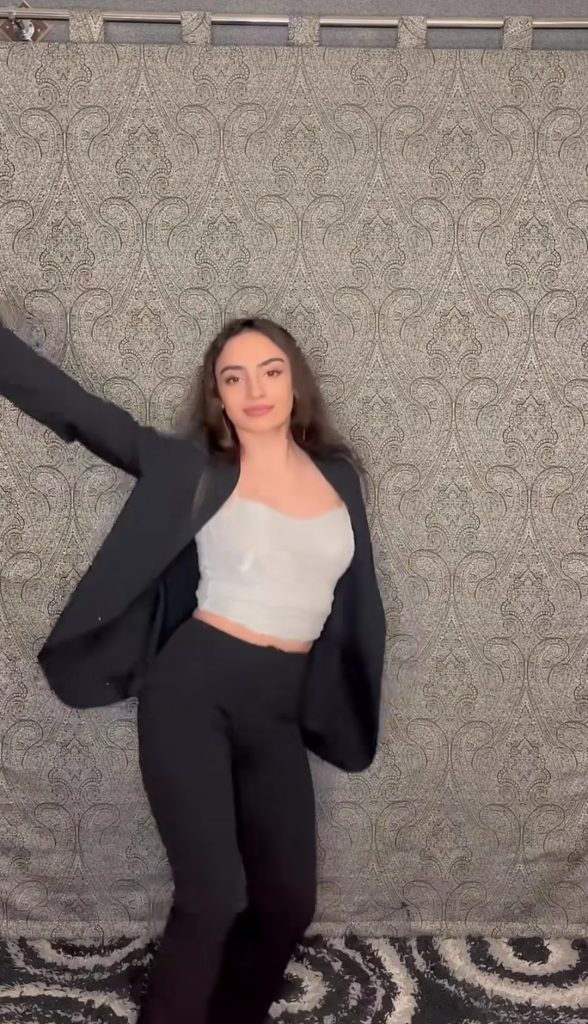 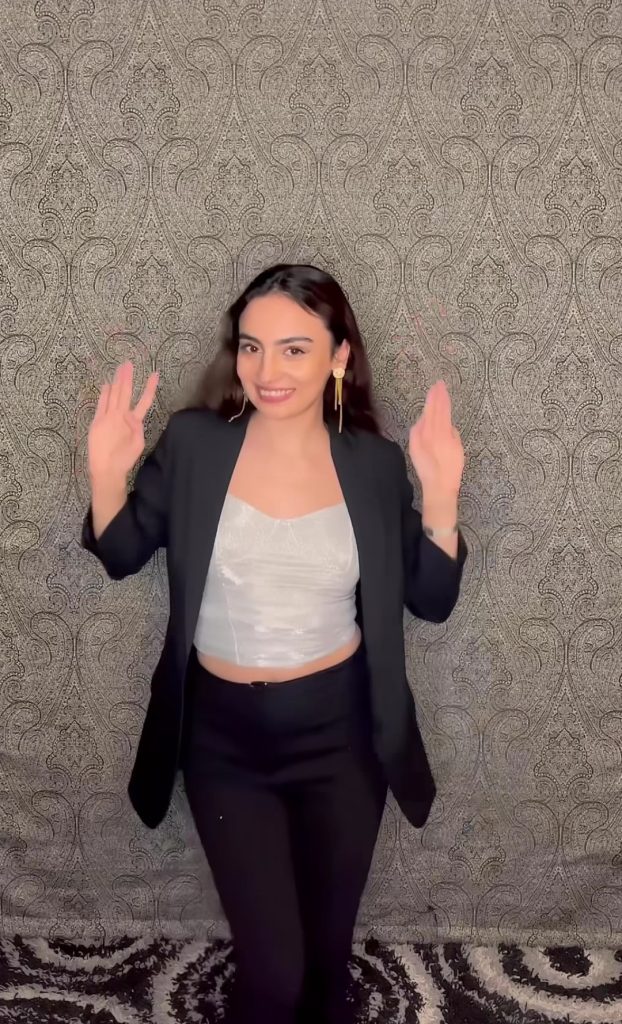