Today, around six people lost their lives and many others got injured in an unfortunate and tragic bomb blast in Istanbul, Turkiye. According to Turkish media, the explosion took place in the Istiqlal Street in Istanbul’s popular and most busy area Taksim Square. Have a look at the images! 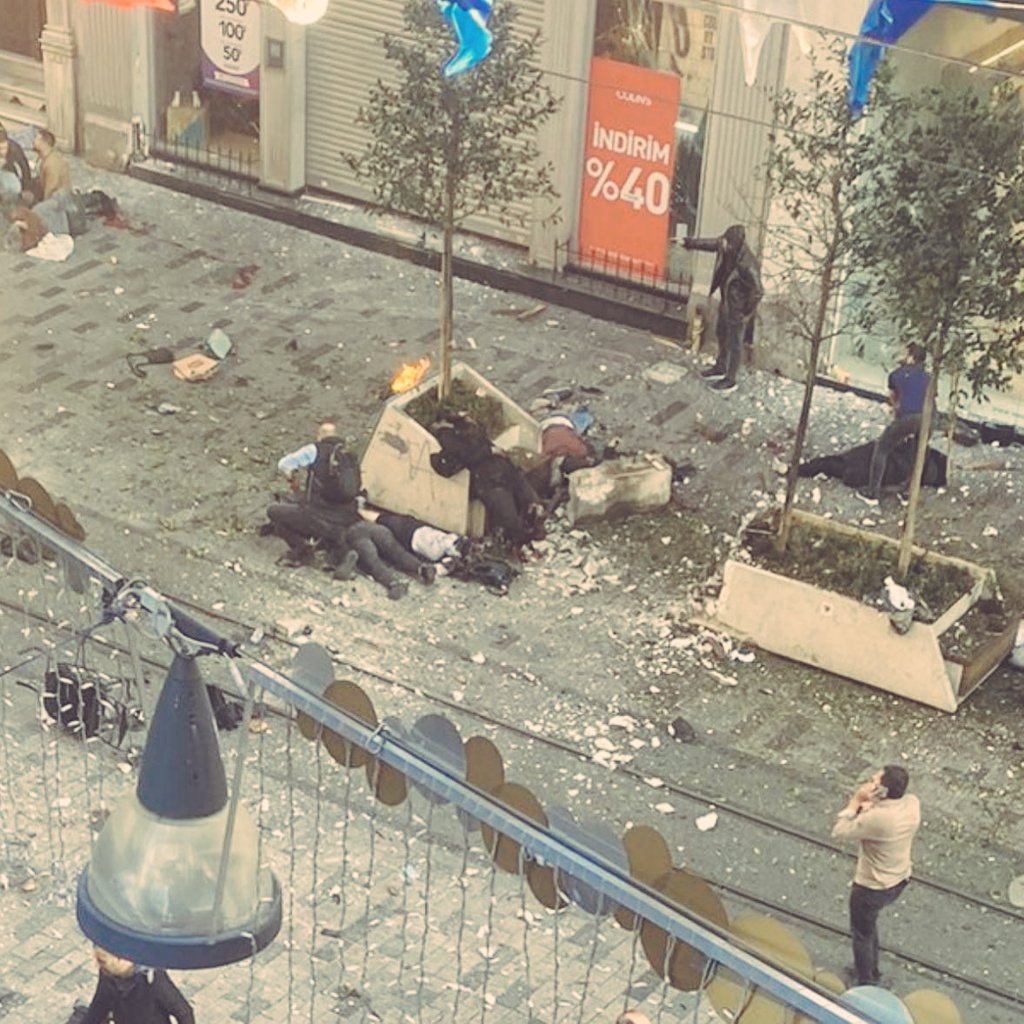 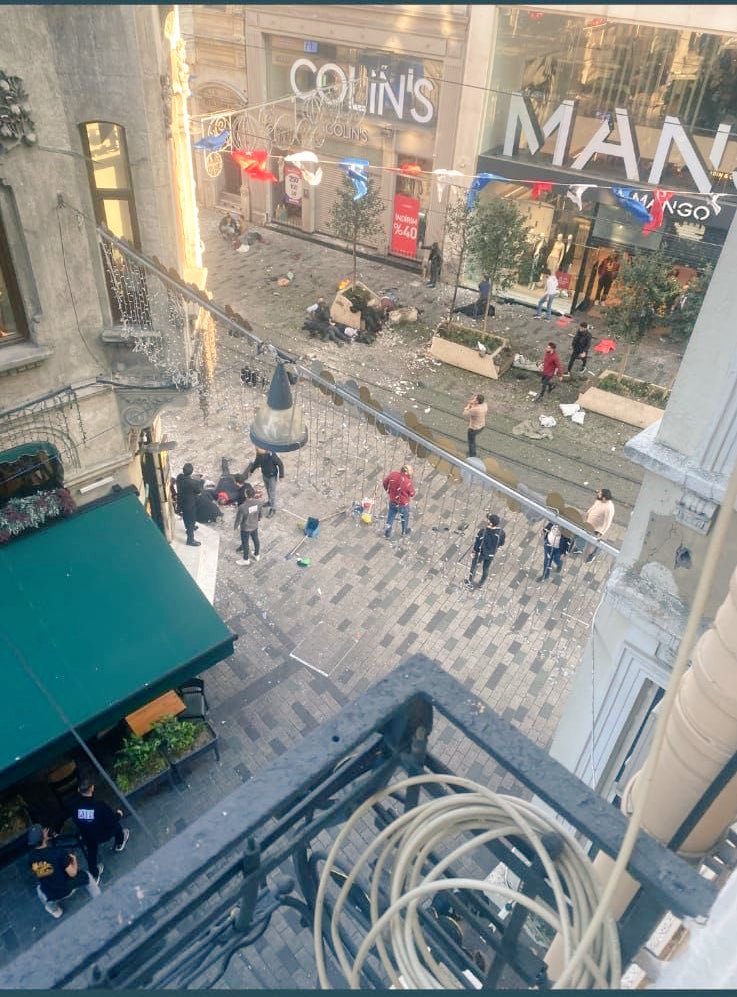 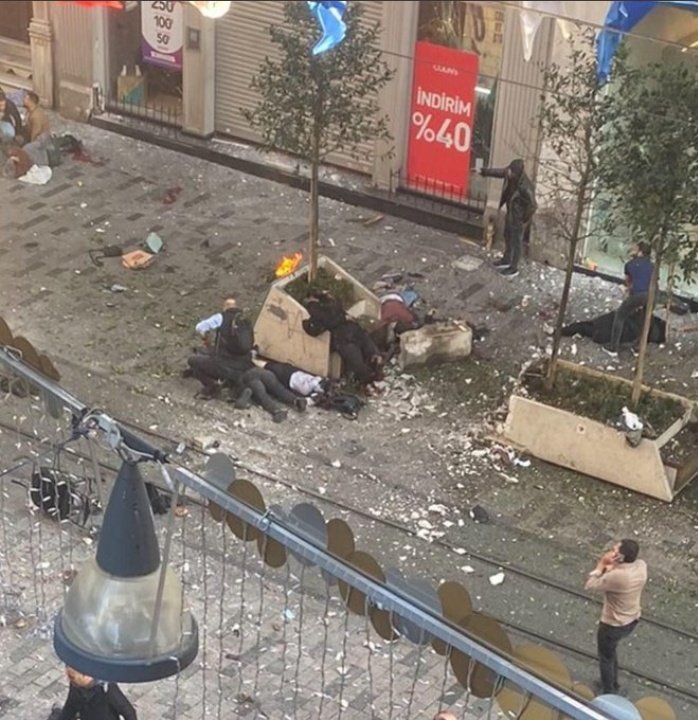 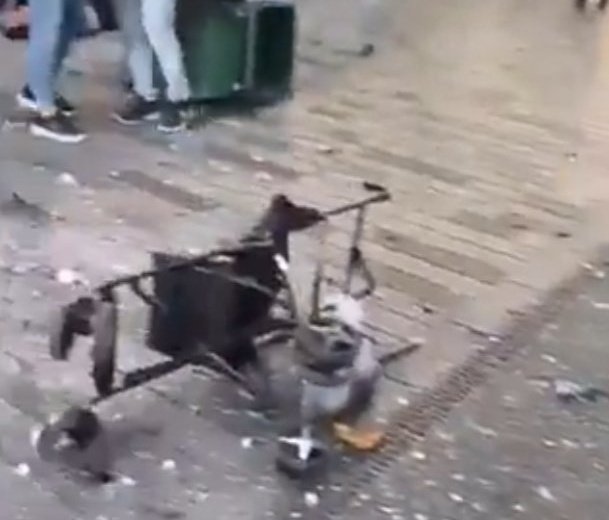 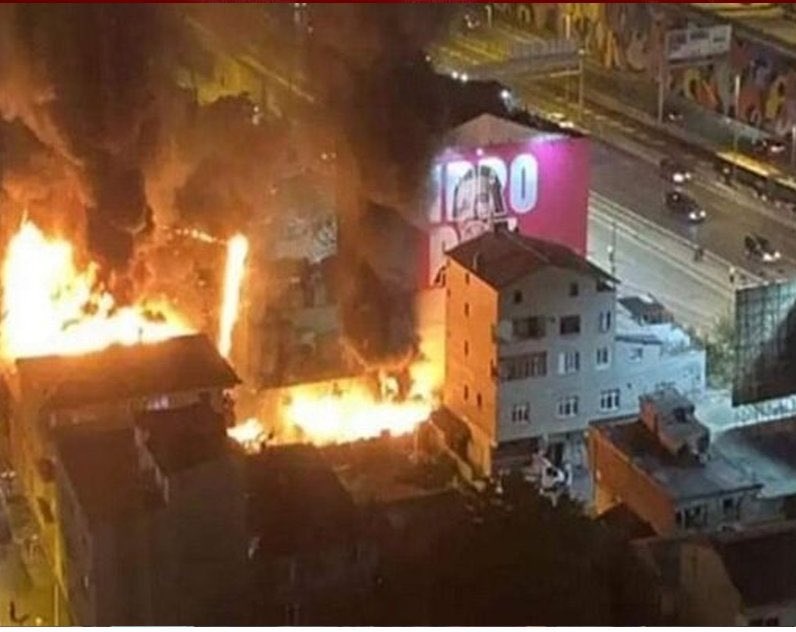 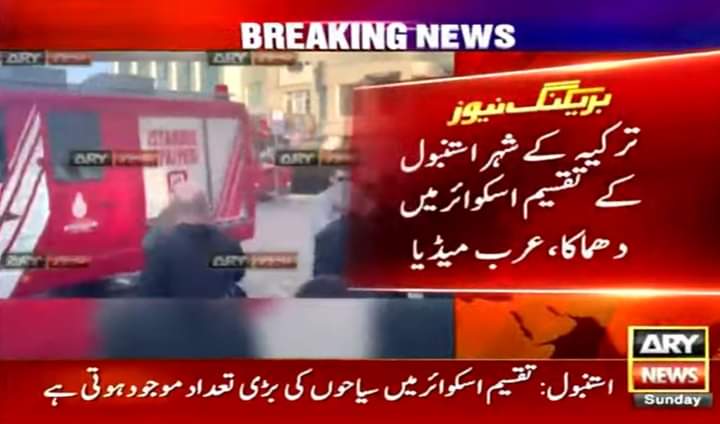 According to sources, it was a suicide blast. According to the Turkish Vice President, a woman blew herself up in the Istiqlal street. Rescue operations were started in blast site soon after the incident. It has been confirmed that 6 people have died on the spot and 53 were severely injured in the blast. According to Turkish media, the number of casualties is expected to increase. The horrific images are also floating on the social media. 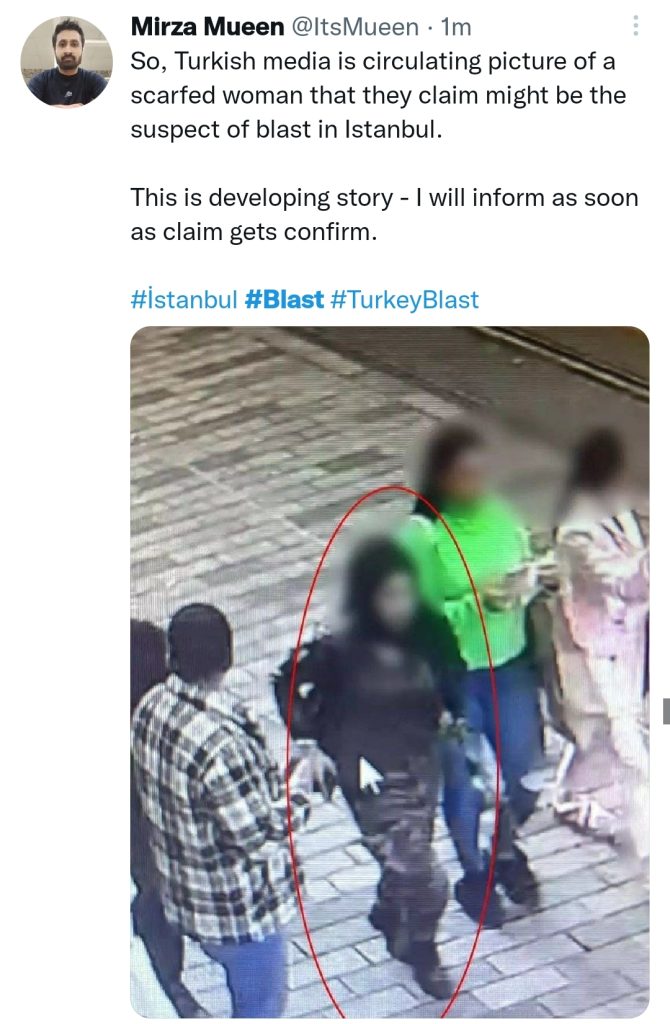 Pakistani celebrities are devastated after hearing the news of the tragic bomb blast in Turkiye. Mehwish Hayat, Faysal Quraishi, Shiffa Yousafzai, Momin Saqib, and Imran khan extended their prayers and condolences. Many other news and political figures also expressed grave grief over the loss of lives. Have a look at the posts uploaded by Pakistani celebrities. 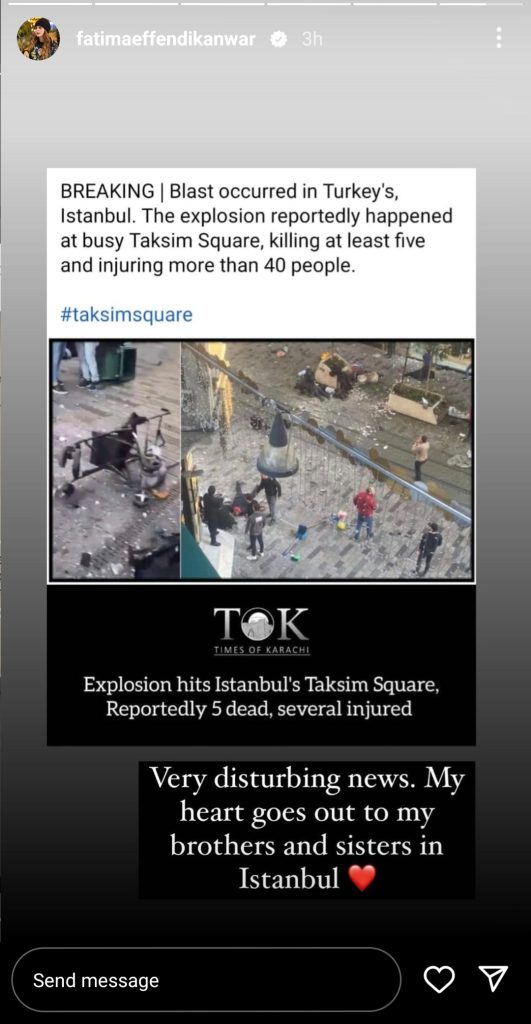 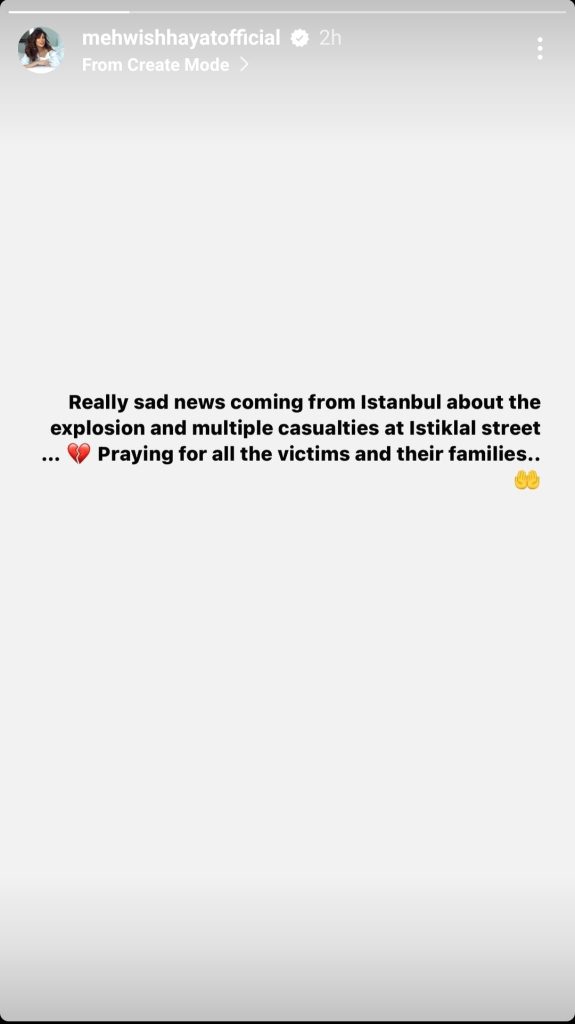 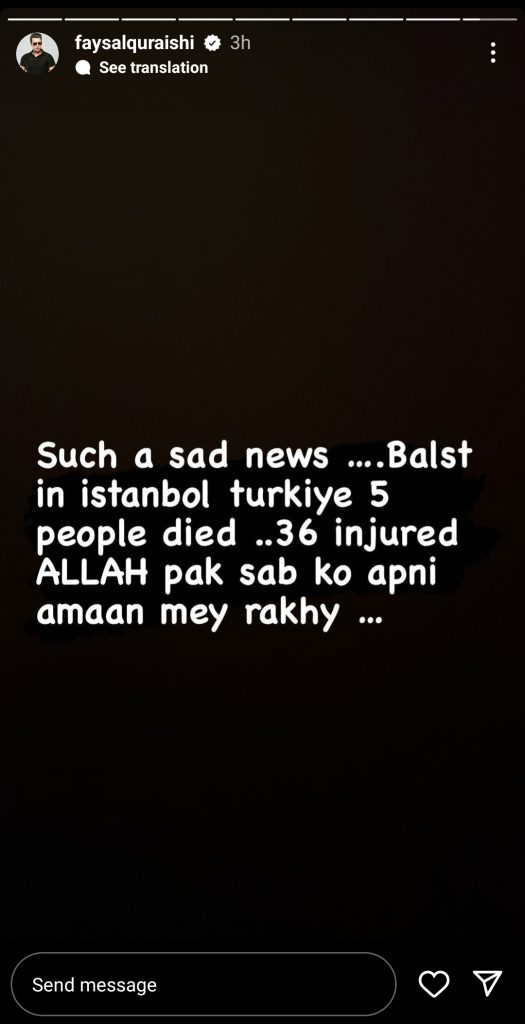 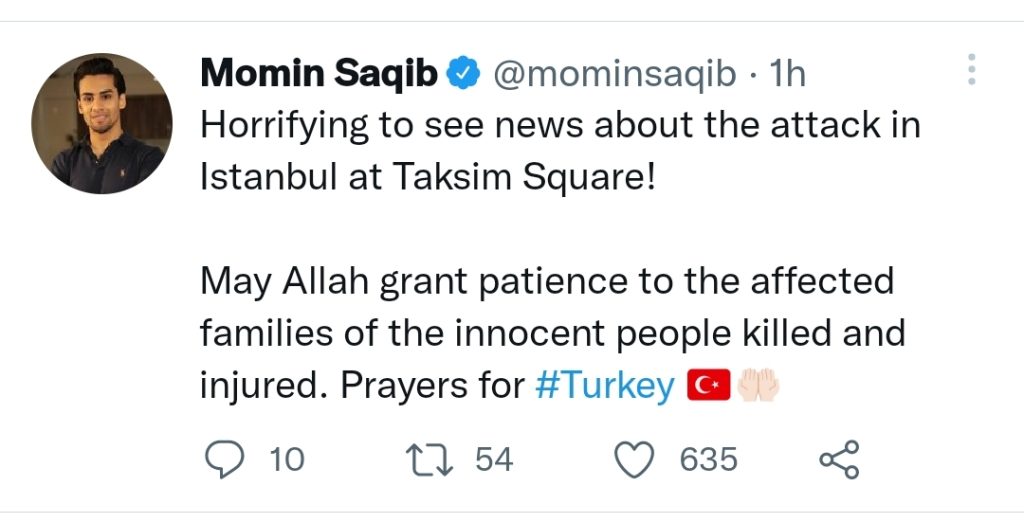 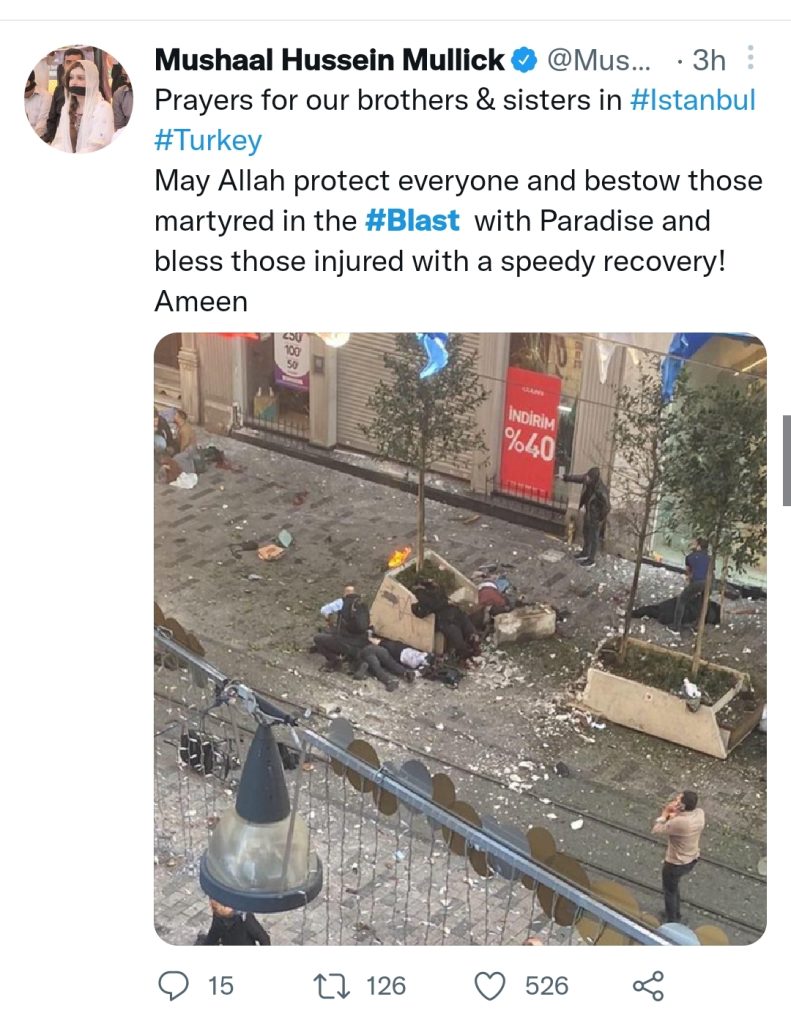 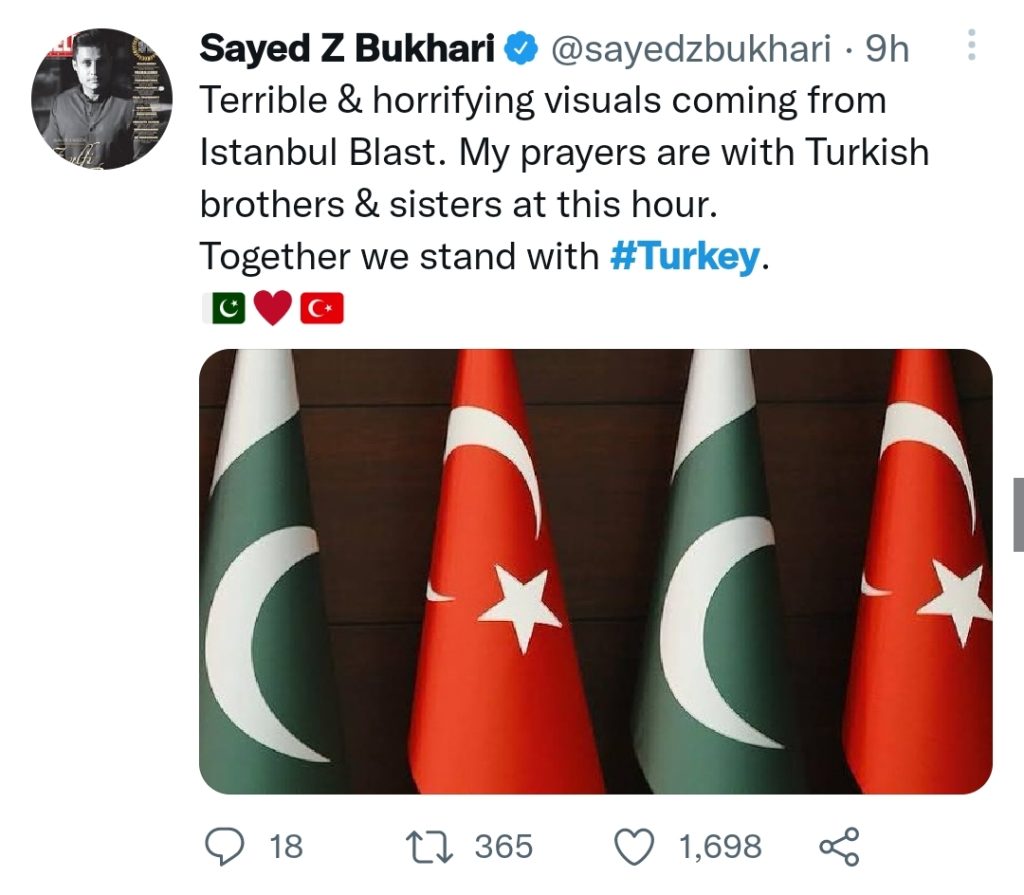 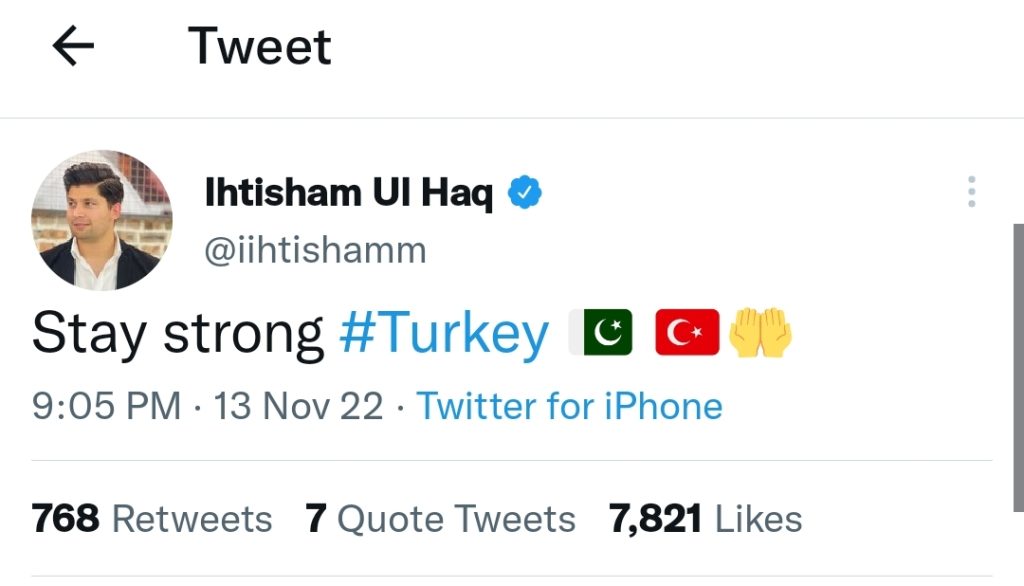 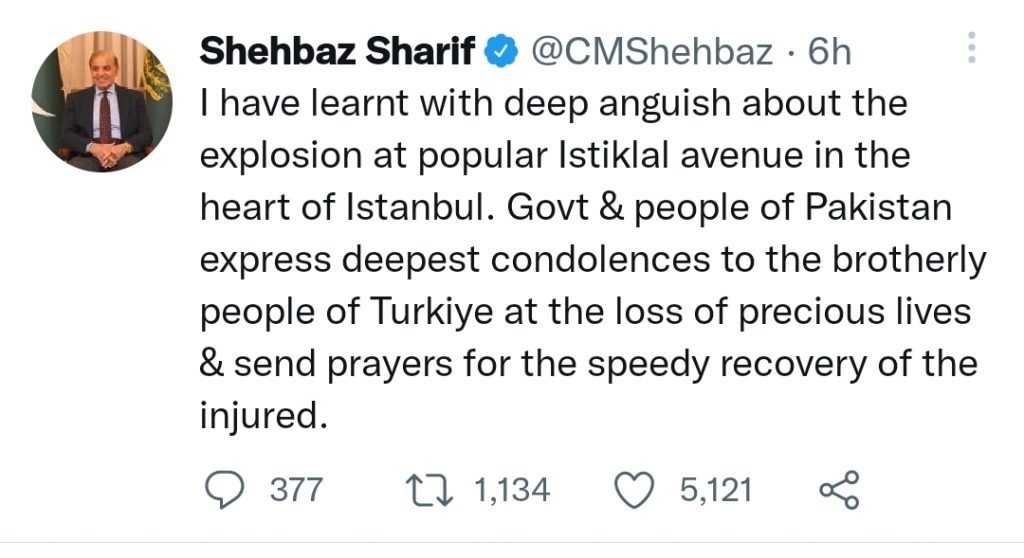