It was by sheer luck that Hina landed the outstanding role of Saeeda in Burnes Road ki Nilofer written by Fasih Bari Khan, after challenging the director Mazhar Moin to find someone better than her to give depth to the character.

“I knew I could do the role well. I am grateful to Mazhar Moin for putting so much trust in me. He cast me opposite TV veteran Abid Ali which was an honour for a newcomer like me” she said.

After Burnes Road ki Nilofer went on air, Hina’s phone rang incessantly throughout the night with offers and appreciation.

“When something new and fresh goes on air and is loved by all who see it, then it gives great pleasure”

While wanting to start an acting career, Hina set off on the grueling task of visiting TV channels to look for work with no contacts but just determination and talent

“I have nothing against people who didn’t give me a break. As a newcomer, it is difficult to prove one’s talent and people here don’t have the time for evaluation. Maybe what our media lacks is the mature, seasoned eye that can spot talent a mile away.”

“We are in a race against time, and very little time is spent on looking for the right person to do the job. Even if people come up to me and say I can act very well, please get me a role, I would be too busy to find anything suitable for them. Likewise, those working for TV channels are too busy”

After Burnes Road ki Nilofer and the unprecedented success, offers and opportunities, there’s been no looking back for her. Madam Rizwana and Baby Shabana, Bichhu Phuppi and Veena, to name just a few, are just some of Hina’s best work on television. She’s accused of taking all the choicest roles

“Sometimes it worries her, feeling obsessed and nervous if she can’t do justice to the writer’s creation, No one can ever guarantee public response, even if I know that the role has a lot of potential for me as an actress. It happens with most of the roles that I get: I ask myself if I can be this person and to at least give it a try. If I feel a role is powerful then I also put in my best. I have to try and make a difference.”

“I have always wanted to live many lives in this one life; lives of the rich, the impoverished, the disabled and even the blessed. Any interesting person who catches my attention, I try and enter his or her world through my imagination, curious to know how I would feel in their situation. I have always been like this, I would get told off for what appeared to others like I was imitating them but in reality I was so deeply absorbed in a fascinating character that I would be subconsciously following mannerisms, gestures and gait. I always wanted to become the medium to deliver those feelings, sensitivities and stories to audiences”

Hina’s debut as an actress has been rather late. Why not earlier?

“I was in the UAE and it had always been my dream to make my debut and establish myself as an actress from Pakistan. I am fine working anywhere else once I am recognised as a product of Pakistan. I have no desire to acquire another passport or nationality. There is enough work to be done here”

Her initial challenge was that she didn’t fit the bill for a young attractive actress to be caste as a leading lady.

“Nobody would say haan bhai yeh bauhat khubsoorat larki hai isse leliya jaye. To convince someone that you can act without any prior experience is difficult but I was determined to impress” In that, she has also shattered the stereotype and set the ball rolling for character actresses who share the spotlight with the lead pair and are just as popular with the viewers. In a short time she has given a lot of variation by doing the juiciest characters.

Today, Hina seems to have swept over the mini-screen, filling the gap left by the late Arshe Munir, Ishrat Hashmi, Atiya Sharf and Sarwat Ateeq.

“If I feel I don’t have the capacity for a role, I won’t accept it. Recently, before I got the script somebody told me about the role, and later when I saw the script it was a word-by-word copy of an Indian sitcom. I refused although I felt a bit sorry afterwards because the director was good. At times I ask for more money to discourage bad roles but I am quite sure about one thing: I don’t want to make any compromises” she said.

Is it true that Hina Dilapzeer might have surpassed seasoned actresses Zeba Shehnaz and Bushra Ansari as a performer par excellence?

“No one can push anyone over. I feel it is a miracle of God that people like my work. Before I came, plays were being done and they will continue even when I am not there. Each and every character has to be composed, created and brought out from inside you. If your aim is to become famous, your performance will suffer as an actor. Acting is such a dangerous field and one should not enter unless (s)he is sure that this is what (s)he wants. You have to be focused, responsible and then leave the rest to destiny”

“My aim is not to capture audience, all I want to do is give life to the character I play. If I get two similar roles, I would perform them in a way that they appear different, just like each person will arrange the same bunch of flowers in a particular way.”

While living in the UAE, Hina said she also experimented with radio.

“I would love to write and perform radio plays. You can give so much variation to your voice on radio, just like when you put your hand inside a bag and a whole new world of textures opens up”

The person closest to Hina was her late father. He passed away not very long ago. “He was my friend, my biggest support, my inspiration. From him I learnt to be forthright, honest and straightforward. He would say to people upfront if he didn’t like something about them. He has left a big vacuum in my life that nobody can fill. I feel that he still supports me and he is still with me in spirit” 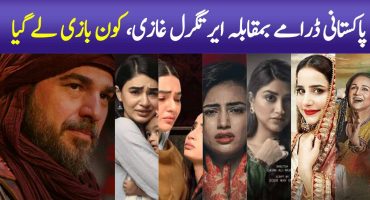