Hira Mani Under Fire For Inappropriate Dressing At A School

Hira Mani always impresses with her acting skill but she has a quirky fashion sense and she always remains in the news for it. Hira and her husband Mani were invited by a school for story telling session on the World Book Day. They interacted with kids there and shared some moments from the session. 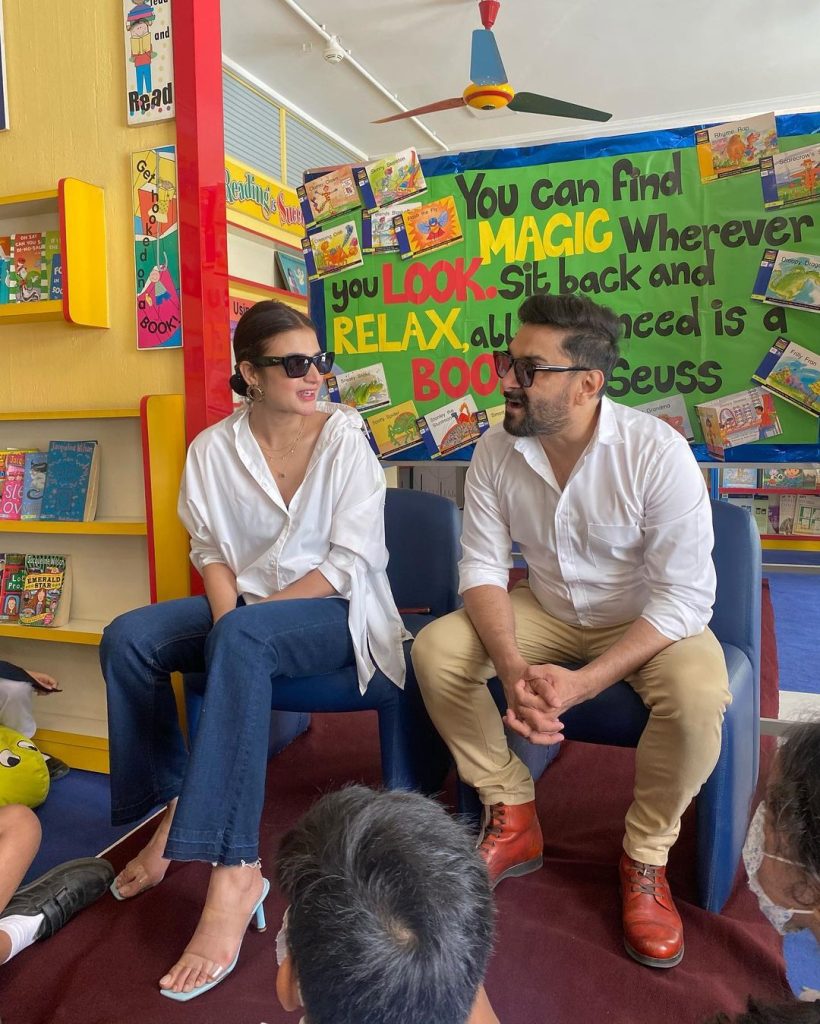 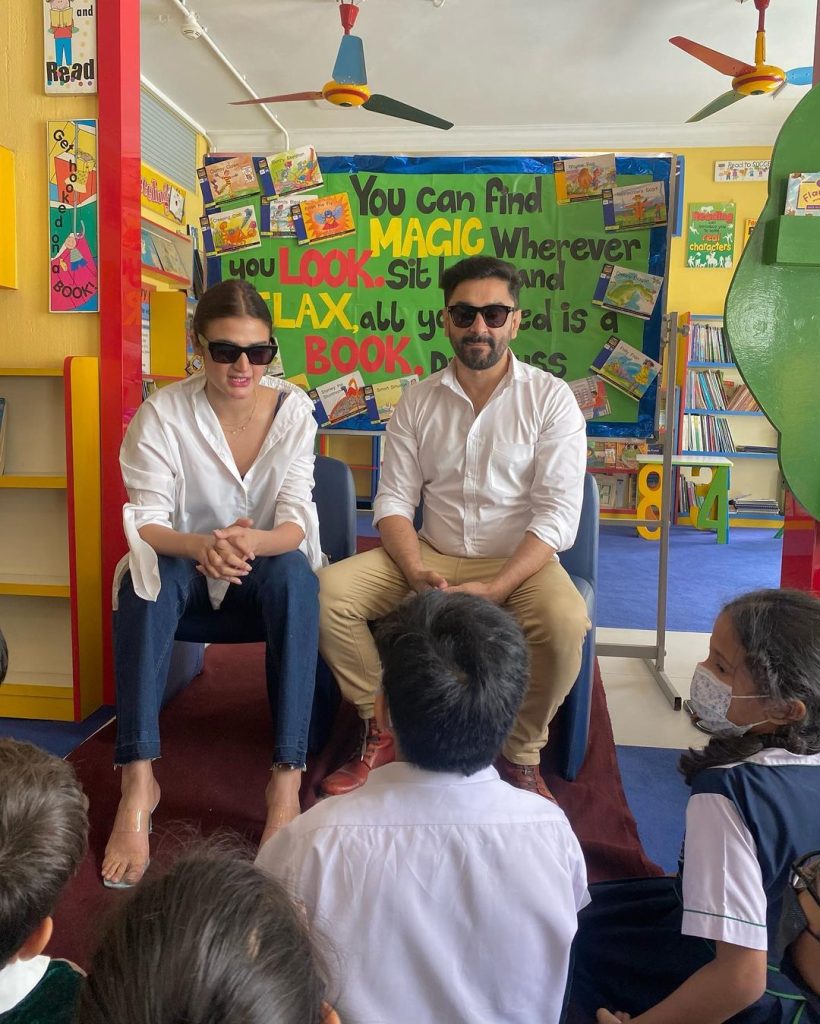 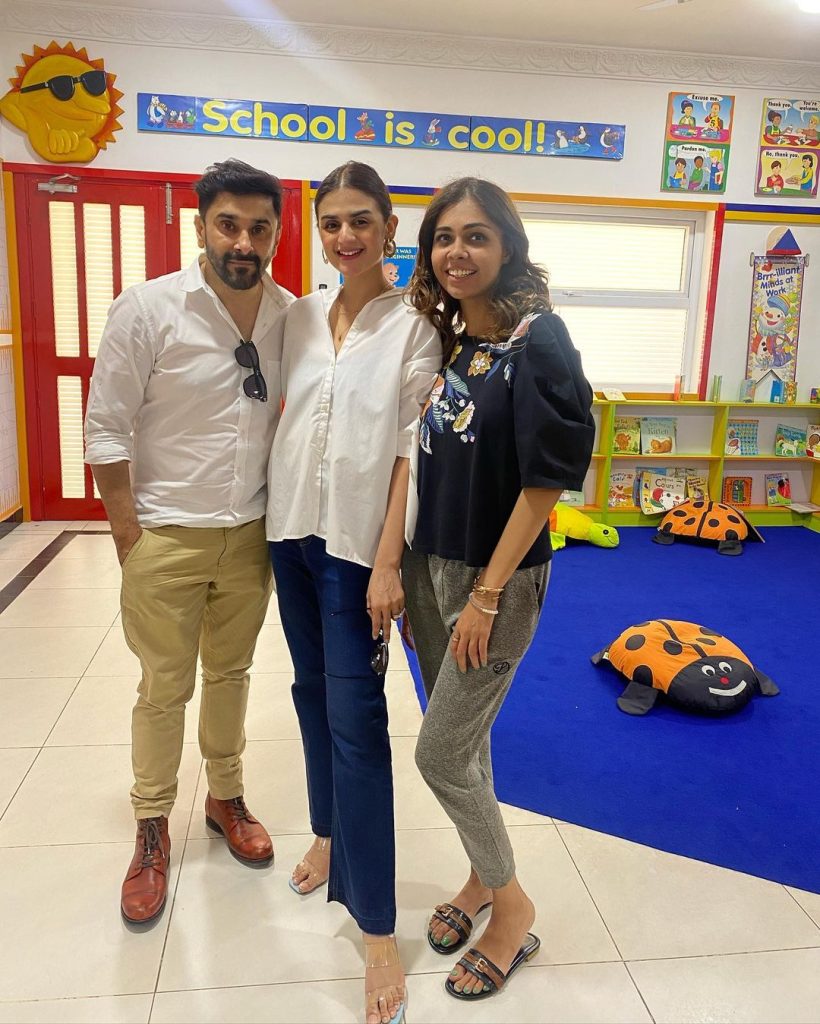 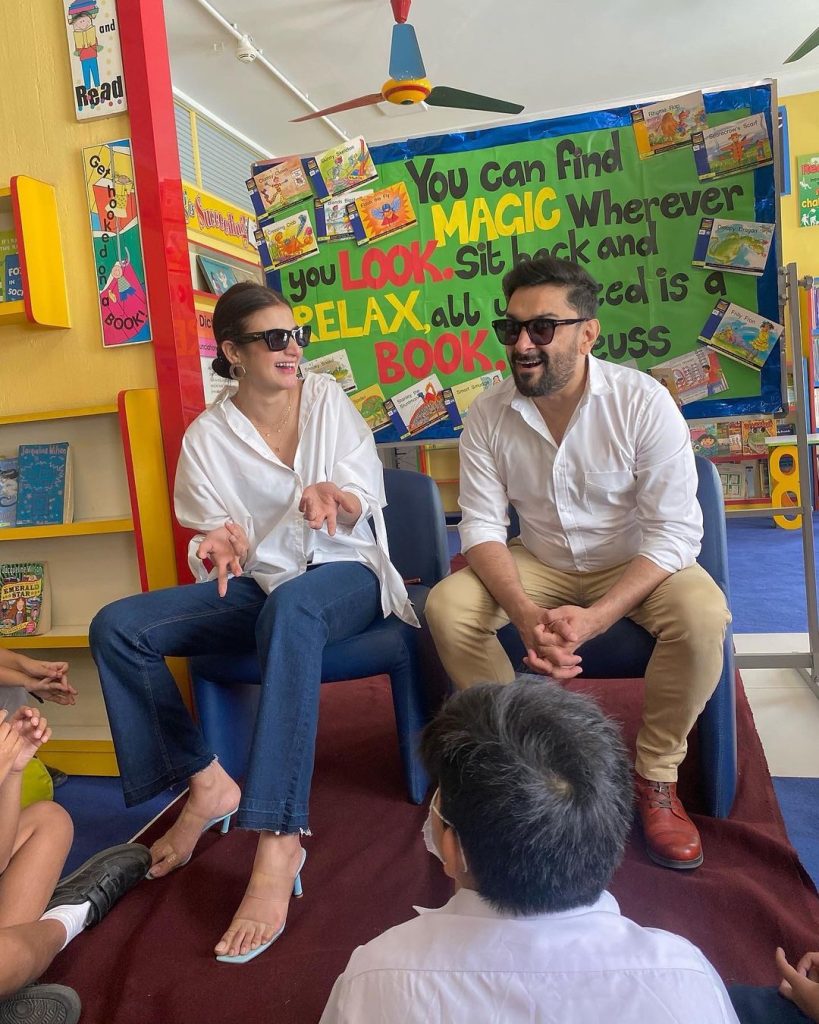 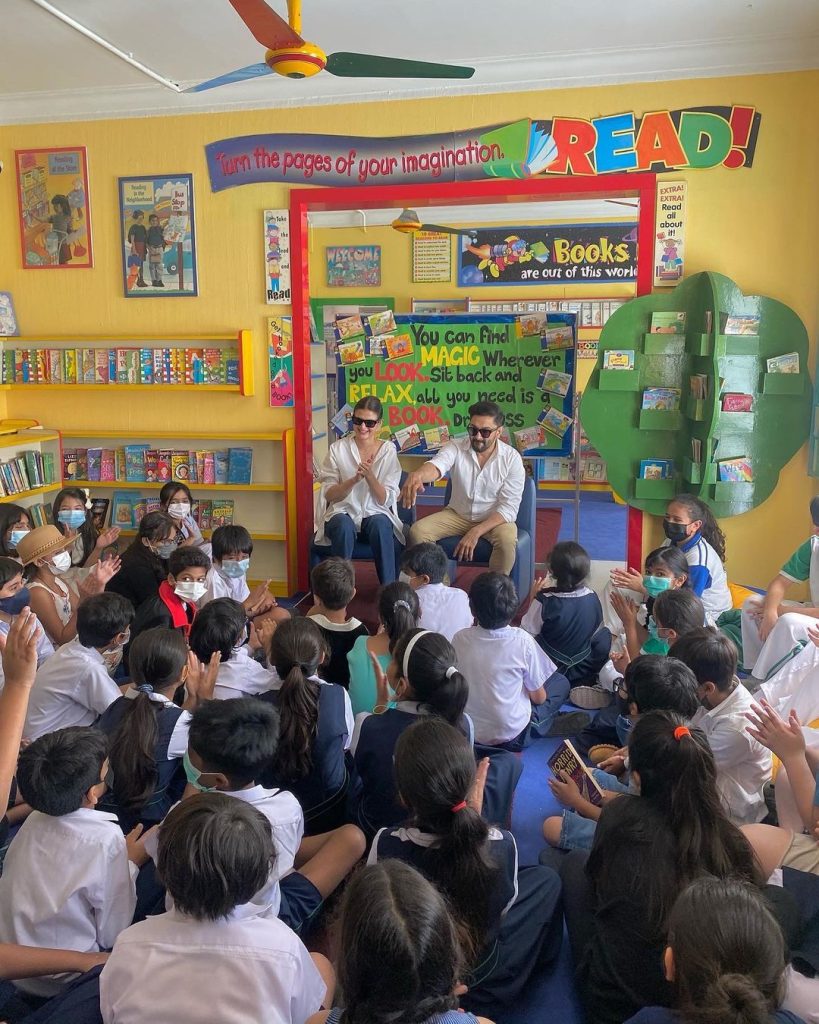 As soon as netizens saw the pictures, they were furious on Hira’s choice of outfit for the day. Hira chose a simple white dress shirt paired with jeans and clear heels. She had minimal makeup on with her hair tied in a bun. However, what people did not like were her undone shirt buttons. People thought that it was inappropriate for a school setting and shared their opinions: