Amar Khan is a popular Pakistani television and film actress who got fame from Bela Pur ki Dayan. She worked in Ghughi and Baddua. Her drama Baddua was loved by fans. Recently, the actress is all geared up for her upcoming movie, the promotion of her upcoming movie Dummastam is going on in full swing, the movie is written by Amar Khan, herself. The movie is directed by Ehteshamuddin and it is produced by Adnan Siddiqui and Akhtar Hasnain.

Lately, Amar Khan was dressed up for a promotional look for the film. Amar Khan wore a beautiful off shoulder green gown with a loose bottom . She wore Jhumkas with dress. It was an eastern fabric which had a western cut. According to people the off shoulder was a bit too much. The Styling was done by Emergency Room 19. The dress was by House Of Masaba and makeup was by Sara Salon and Spa. Here are pictures. 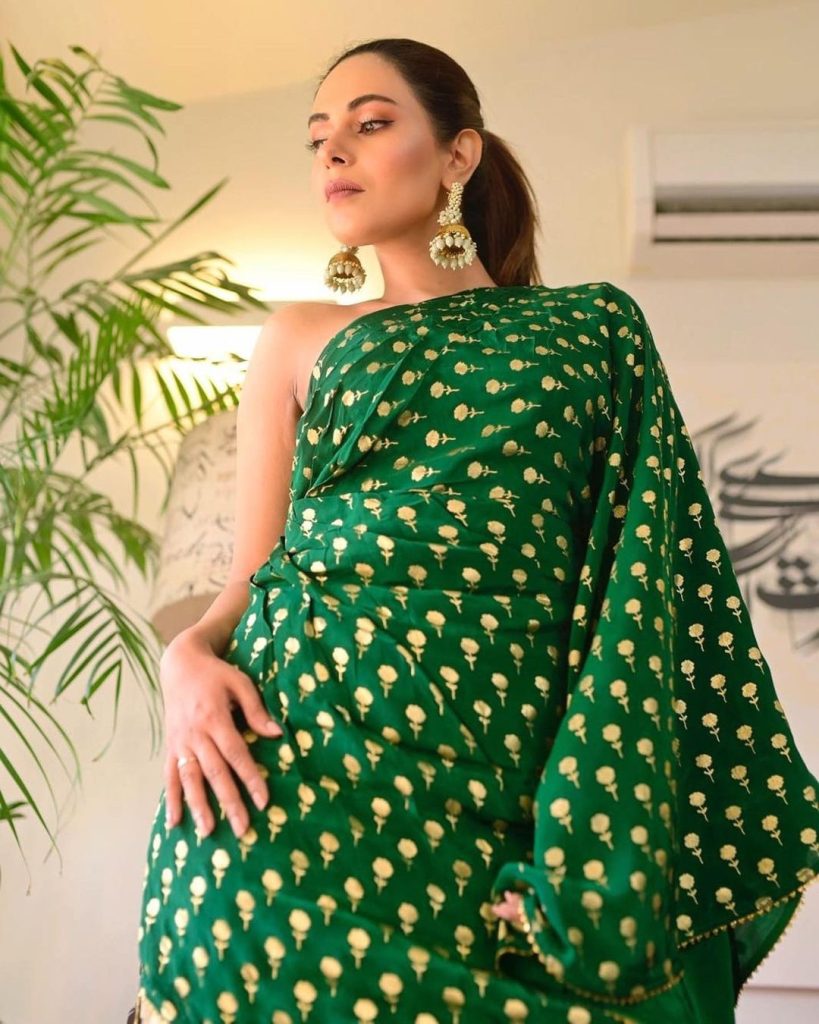 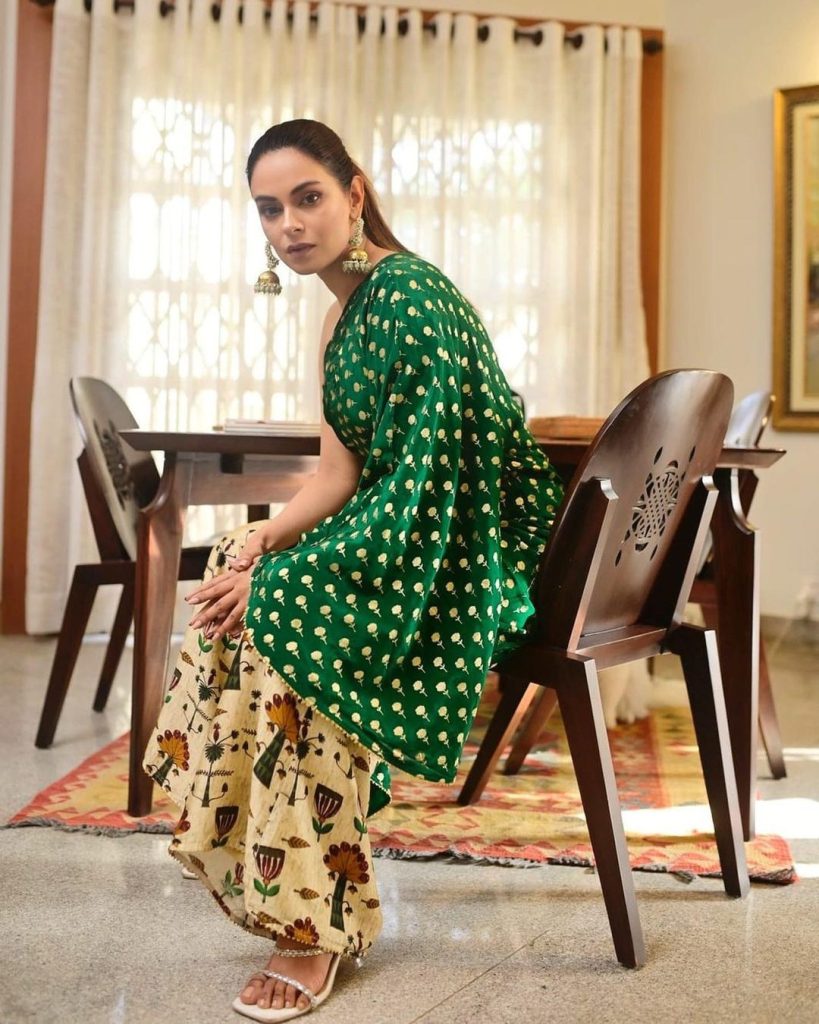 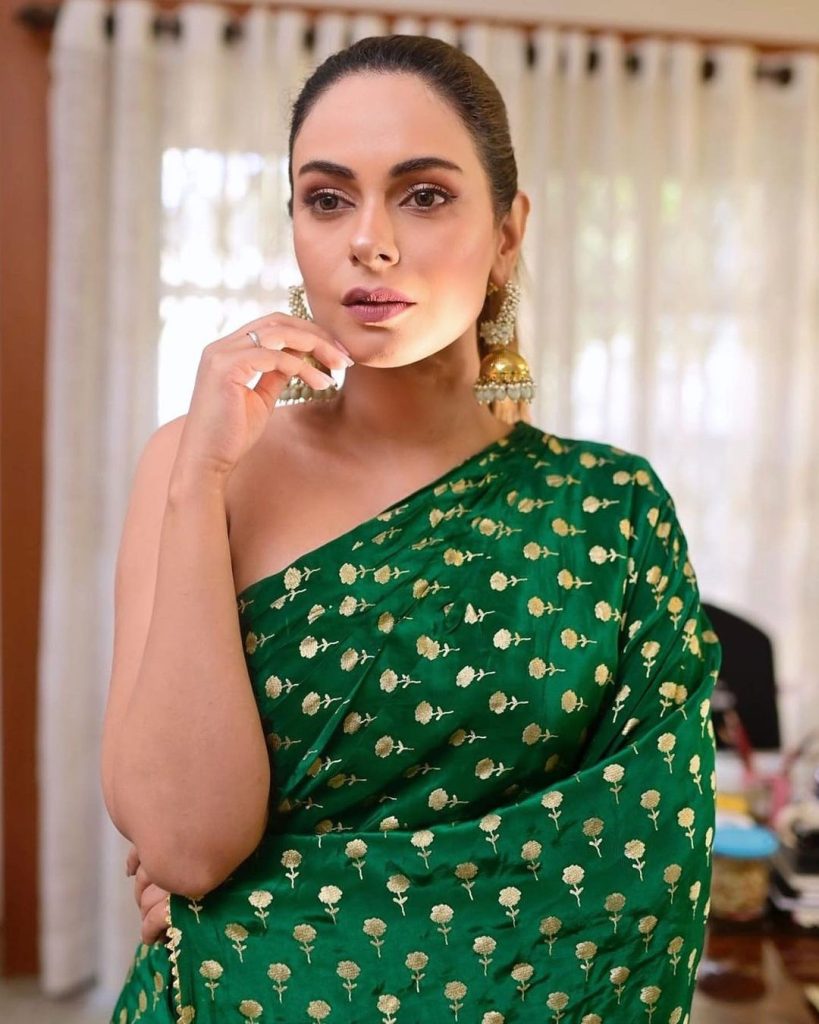 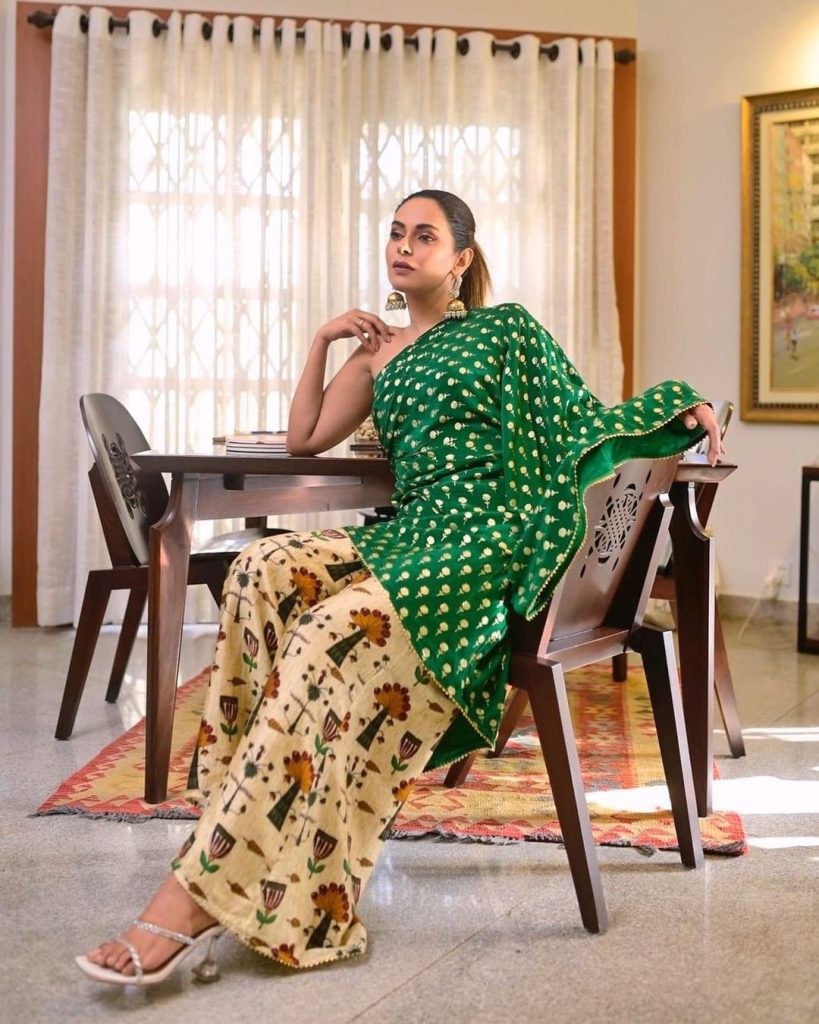 For fans, AmarKhan’s look was bold, they said that it is not necessary to do a skin show everytime, fans said that they don’t like Amar Khan for her boldness. They also said that her dressing isn’t looking good at all. Fans said that she’s doing such bold dressing in Ramadan just for the sake of her film. Here are all the comments. 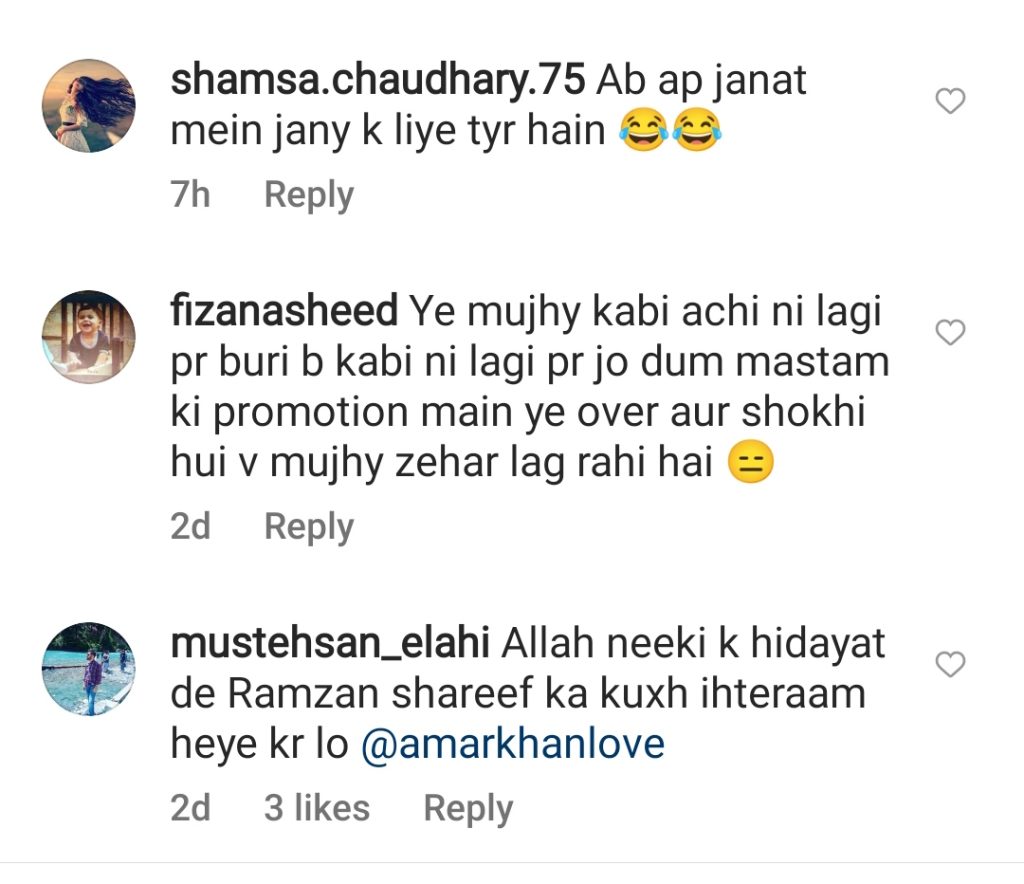 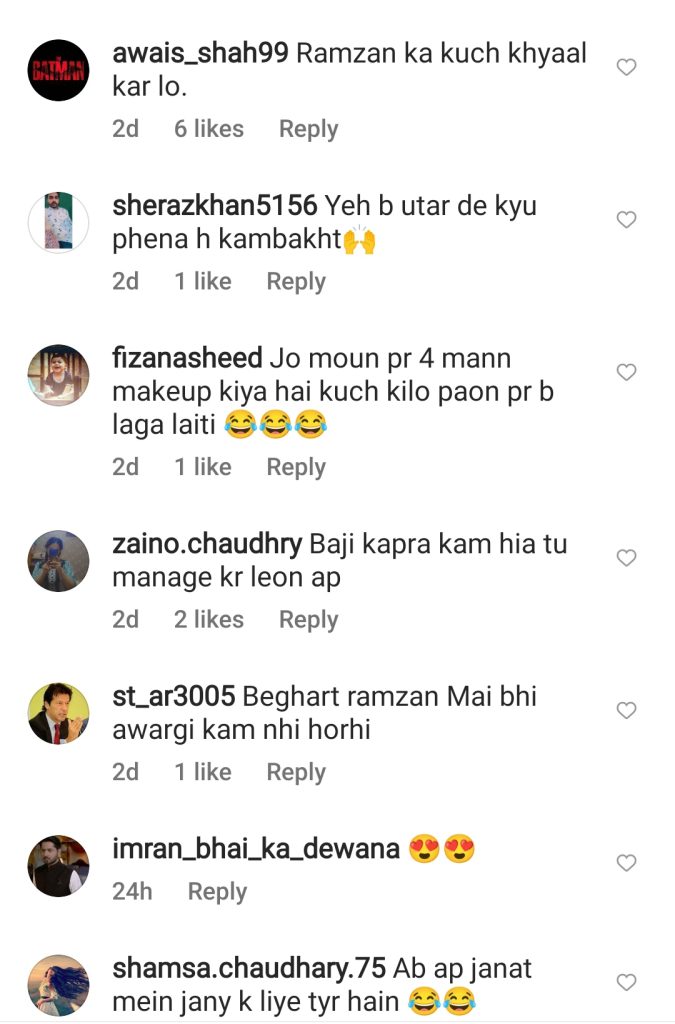 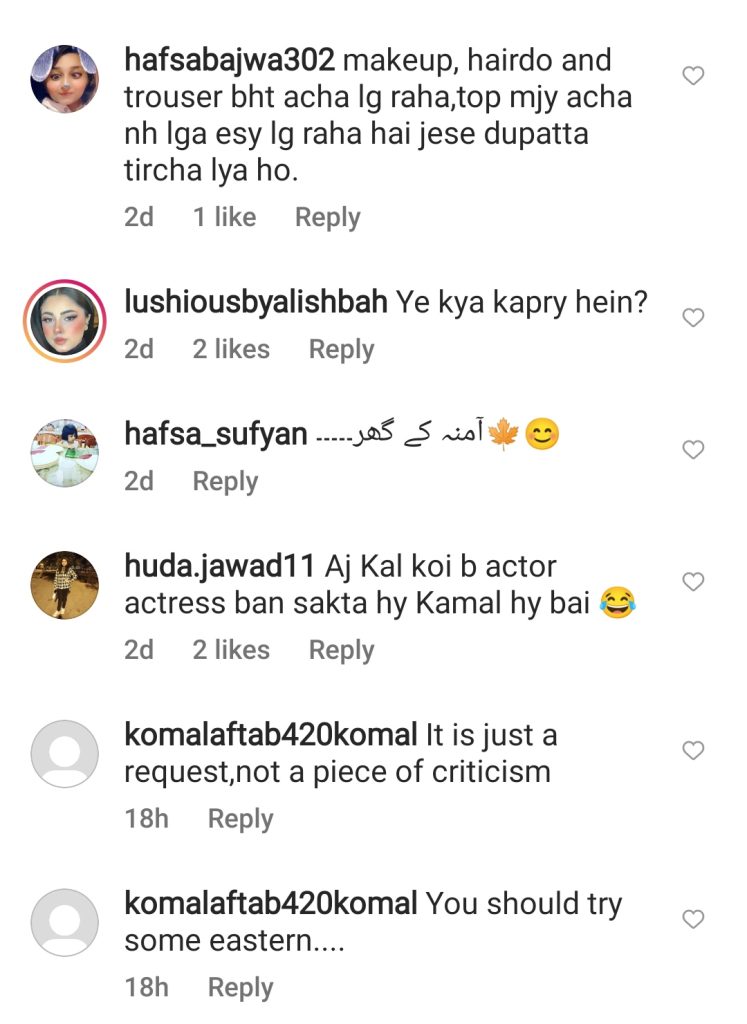 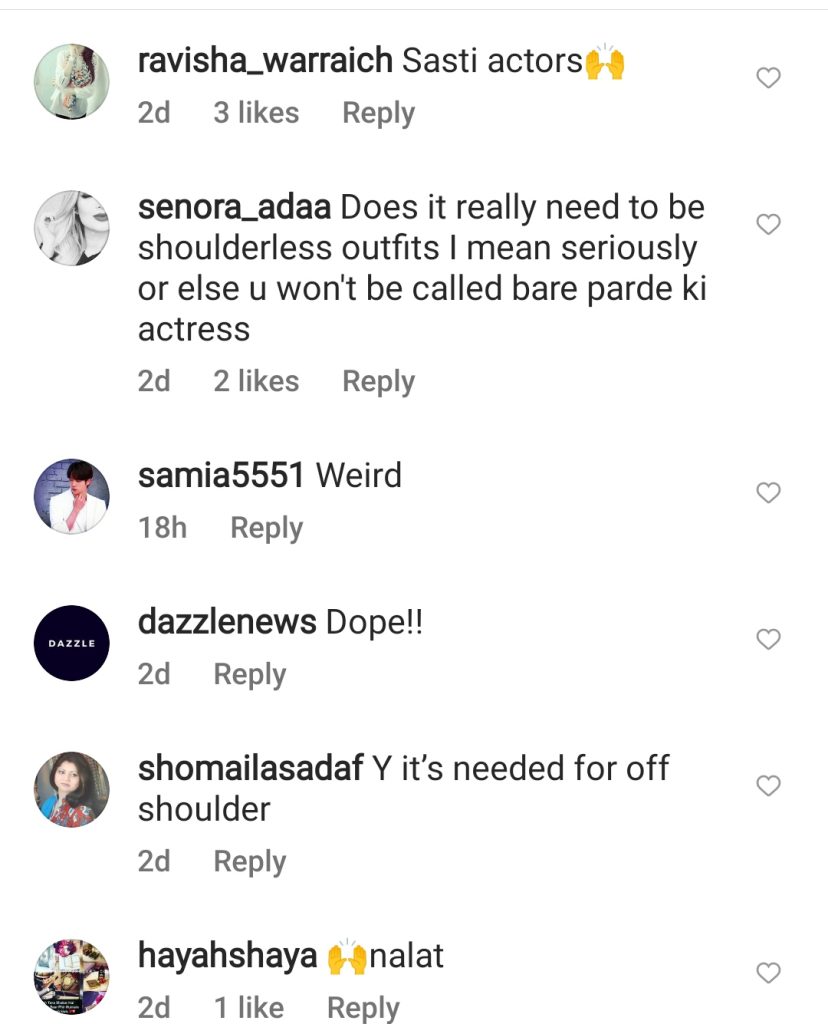