Hira Mani, the star of blockbuster drama serial Do Bol has reached the level of popularity and fame in a very short span of time. Even though Hira Mani started off as her husband Mani’s co-host and also worked alongside him in sit-coms every now and then, she had started taking her acting career seriously in recent years. Hira Mani has worked in some of the hit dramas and ever since her debut as a lead in Hum Tv’s Preet Na Kariyo Koi, Hira Mani has been on the road to success.

Hira Mani has come a long way, not only in terms of her acting and career choices, but also in terms of styling and carrying herself. Hira Mani makes sure to reflect her personal style and adds that touch in all the outfits that she wears for public appearances that she makes. Over the years, Hira Mani has spoken passionately about her love for sarees and she makes it evident when she clothes herself in sarees on special events as well as her appearances on different TV shows. Just like Hira Mani adds her personal touch in every other outfit that she wears, she has her own way of carrying sarees too. Hira Mani’s sarees are not too formal and she usually goes for sarees wearing them in a casual manner but she always adds that touch of quirk to them.

Hira Mani’s saree styling has brought all kinds of attention to her. When Hira Mani wears sarees, she definitely goes all out and doesn’t hold back in showing her skin. Hira Mani is an assertive woman and that is why she carries whatever she wears confidently but it does make one wonder whether her saree styling is trendy or tacky. It is good to see her having a personal spin on her attires usually but when it comes to sarees, even though there are no rules, it does require that certain grace and charm while carrying it in order to look beautiful and shine in all its glory. Hira Mani’s twists on sarees might have made them seem far more easy-to-wear and accessible sort of an ensemble but to see her pairing them with dress and T-shirts, or cutting the lengths short, takes away the beauty that saree adds to a woman’s personality. Hira Mani usually likes to drape the pallu of her saree from back to the front and it seems that florals are her go-to prints when it comes to wearing sarees.

Let’s take a look at Hira Mani’s sarees and you decide if they are trendy or tacky? 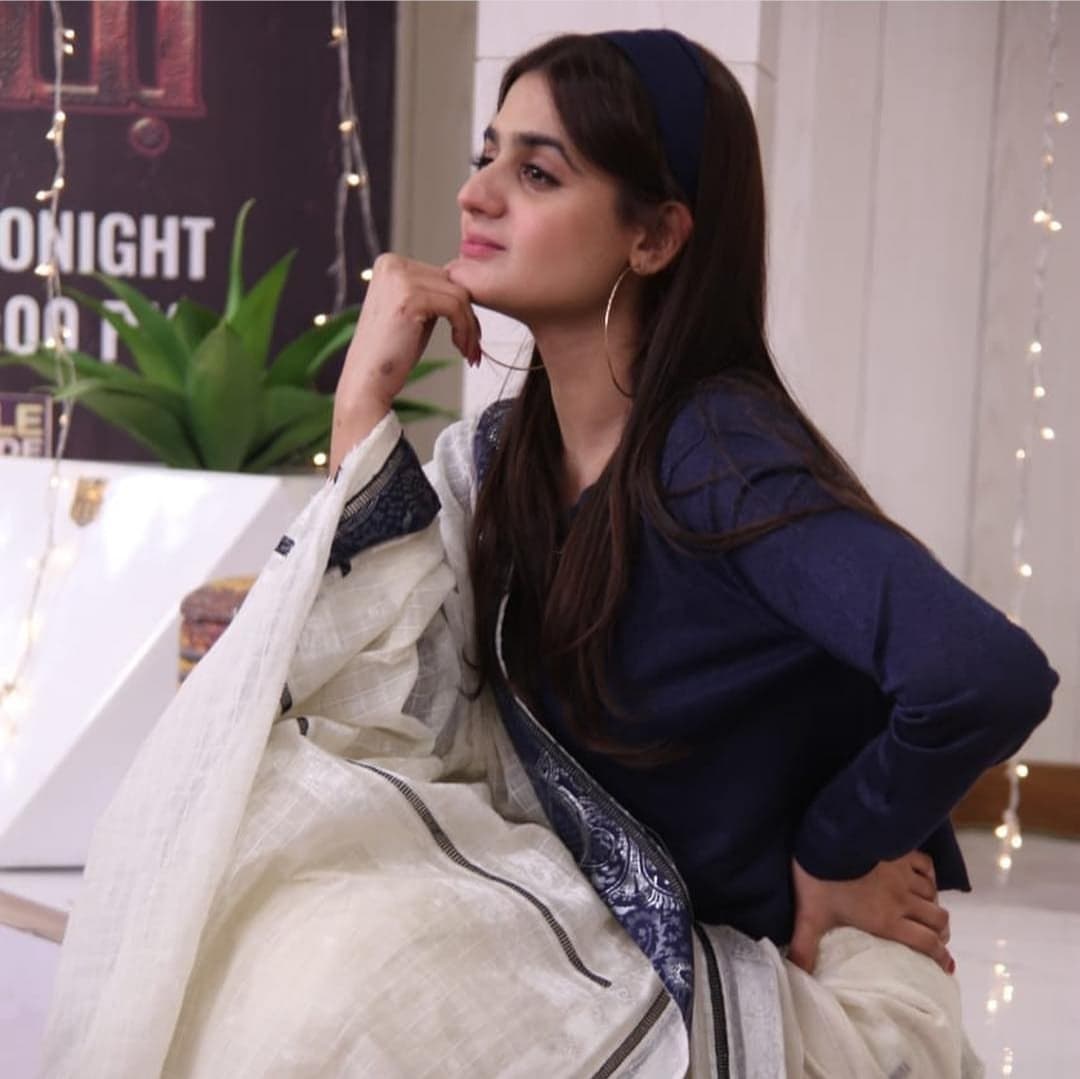 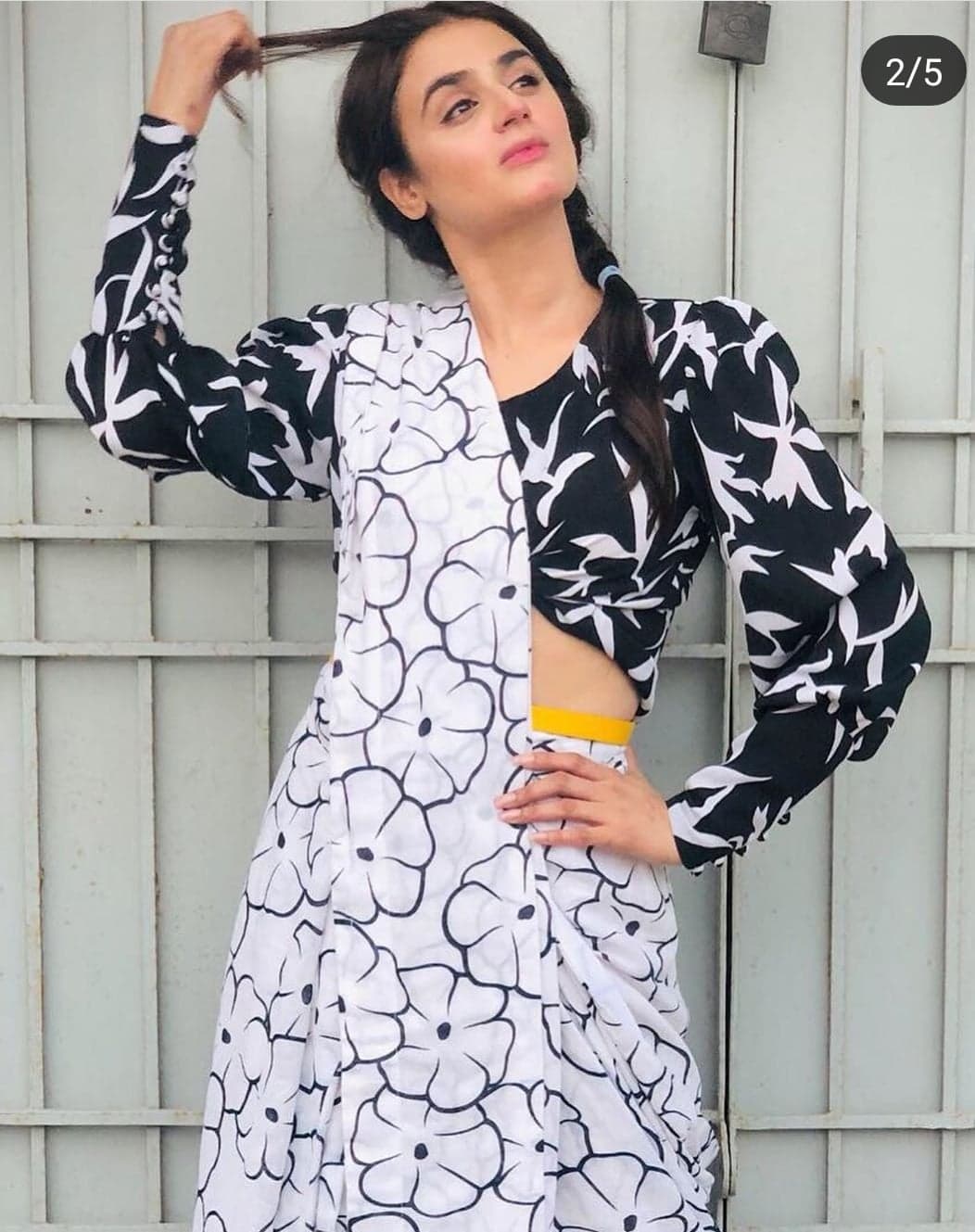 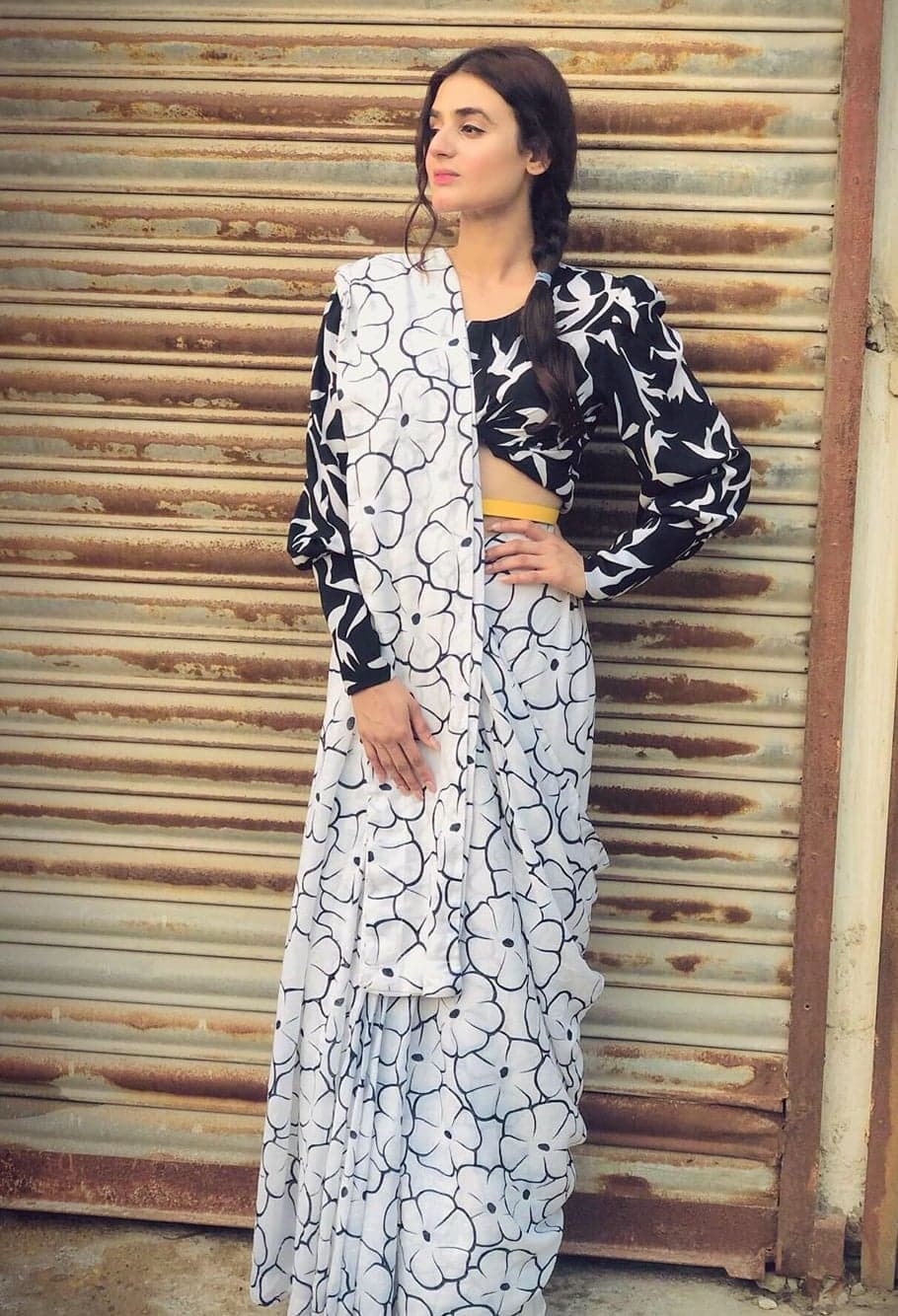 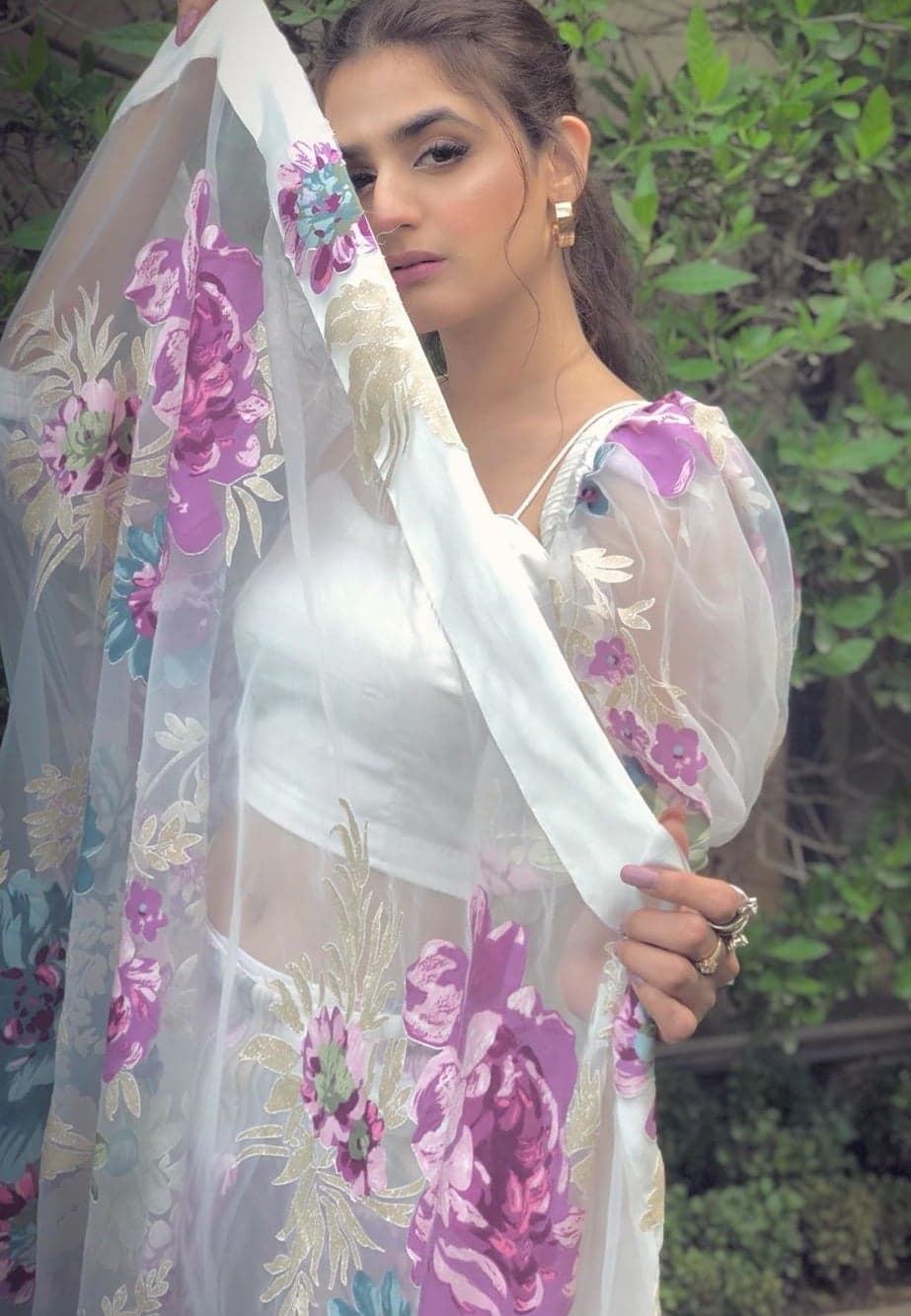 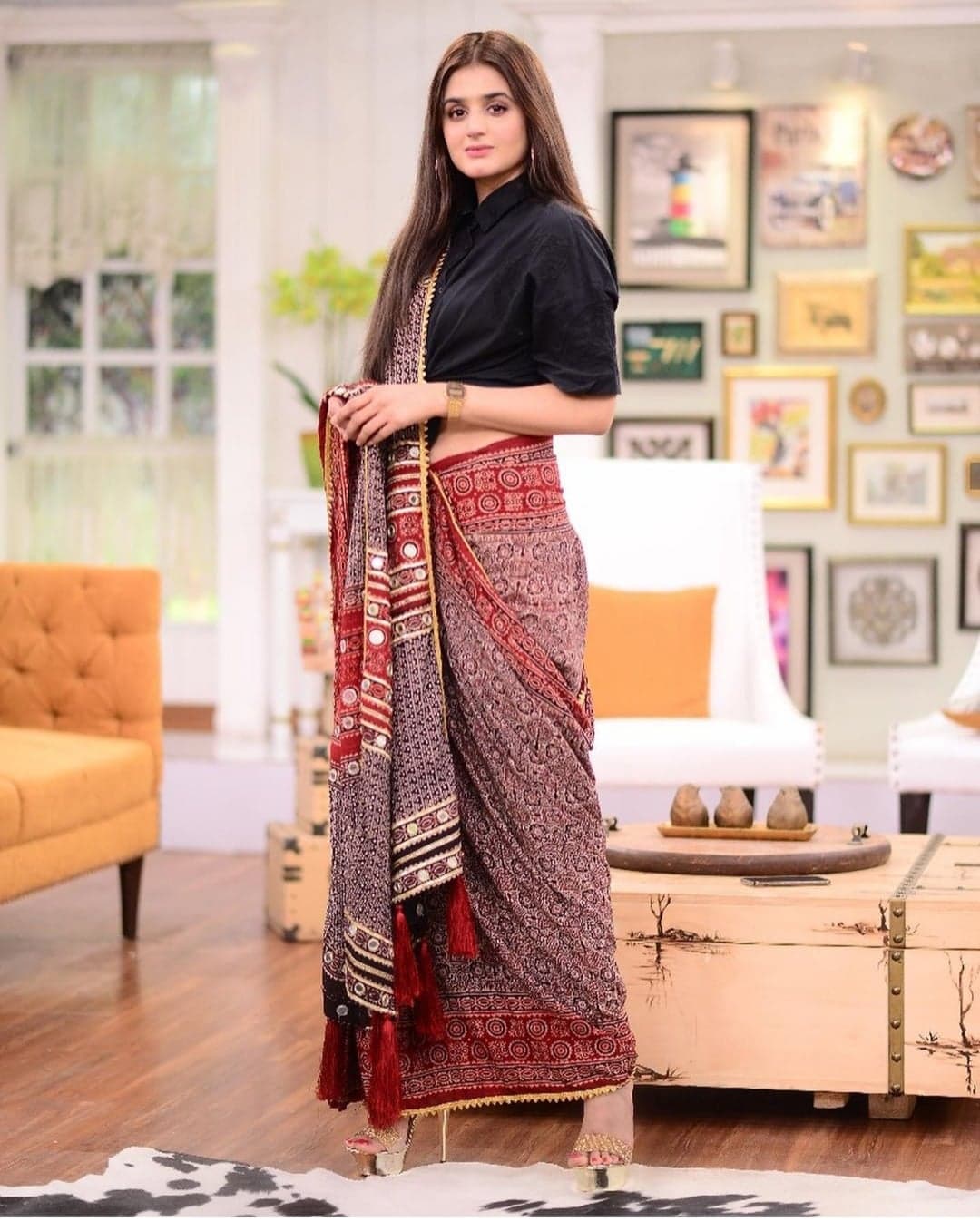 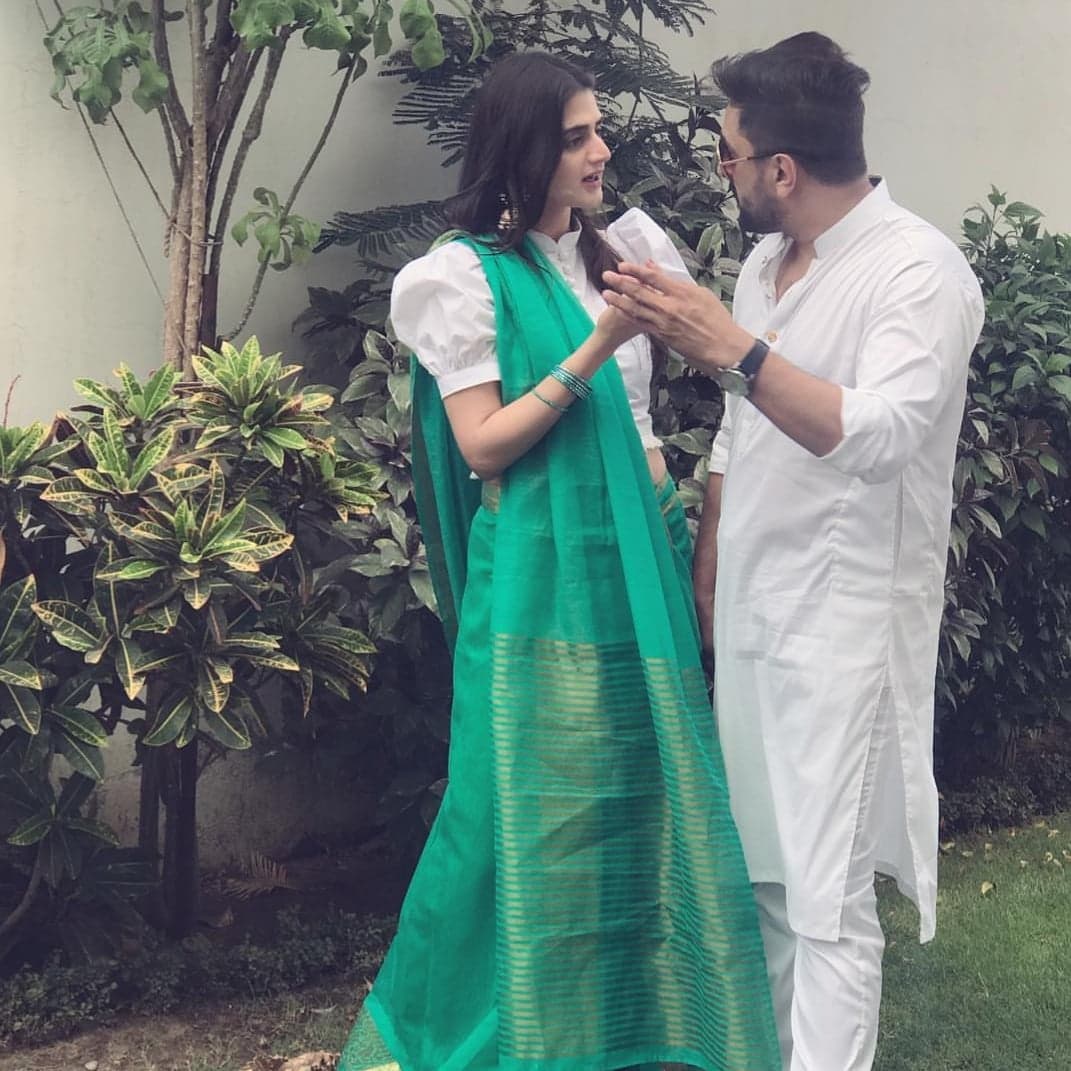 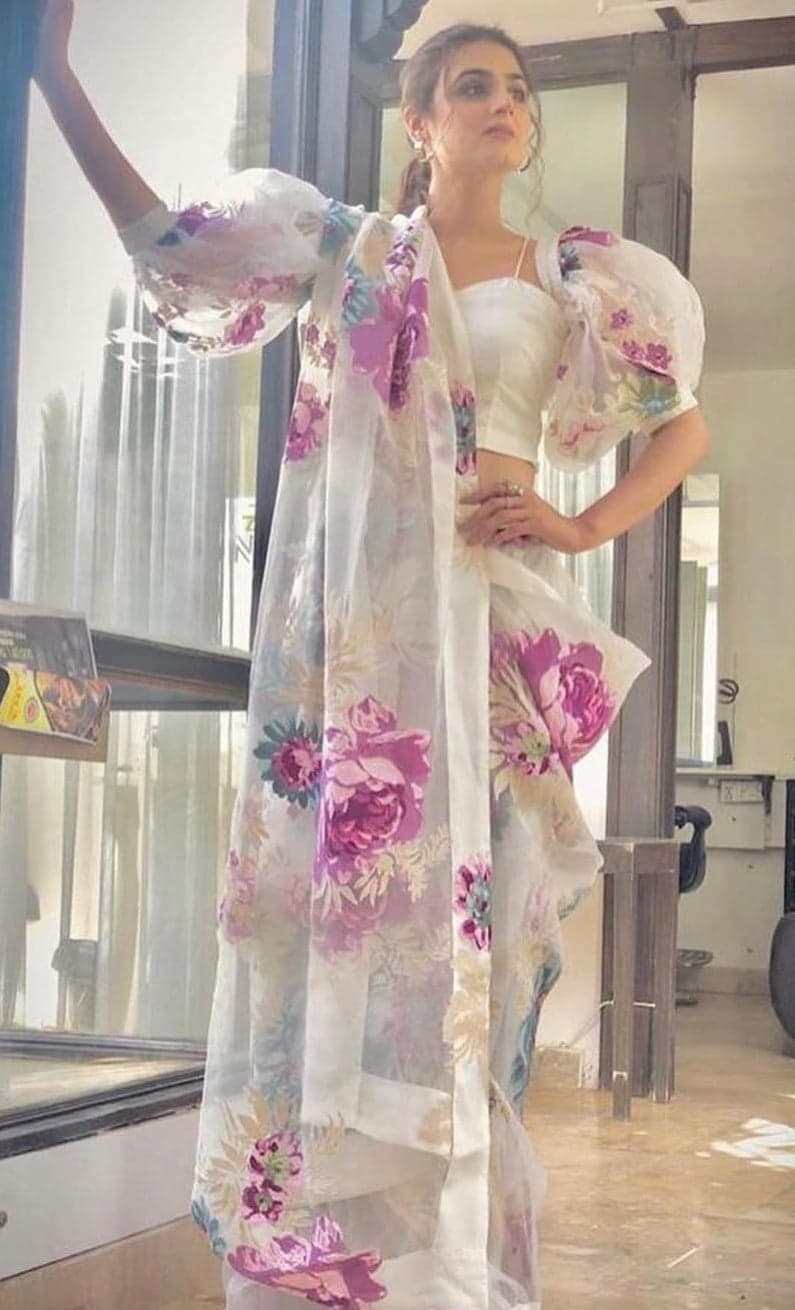 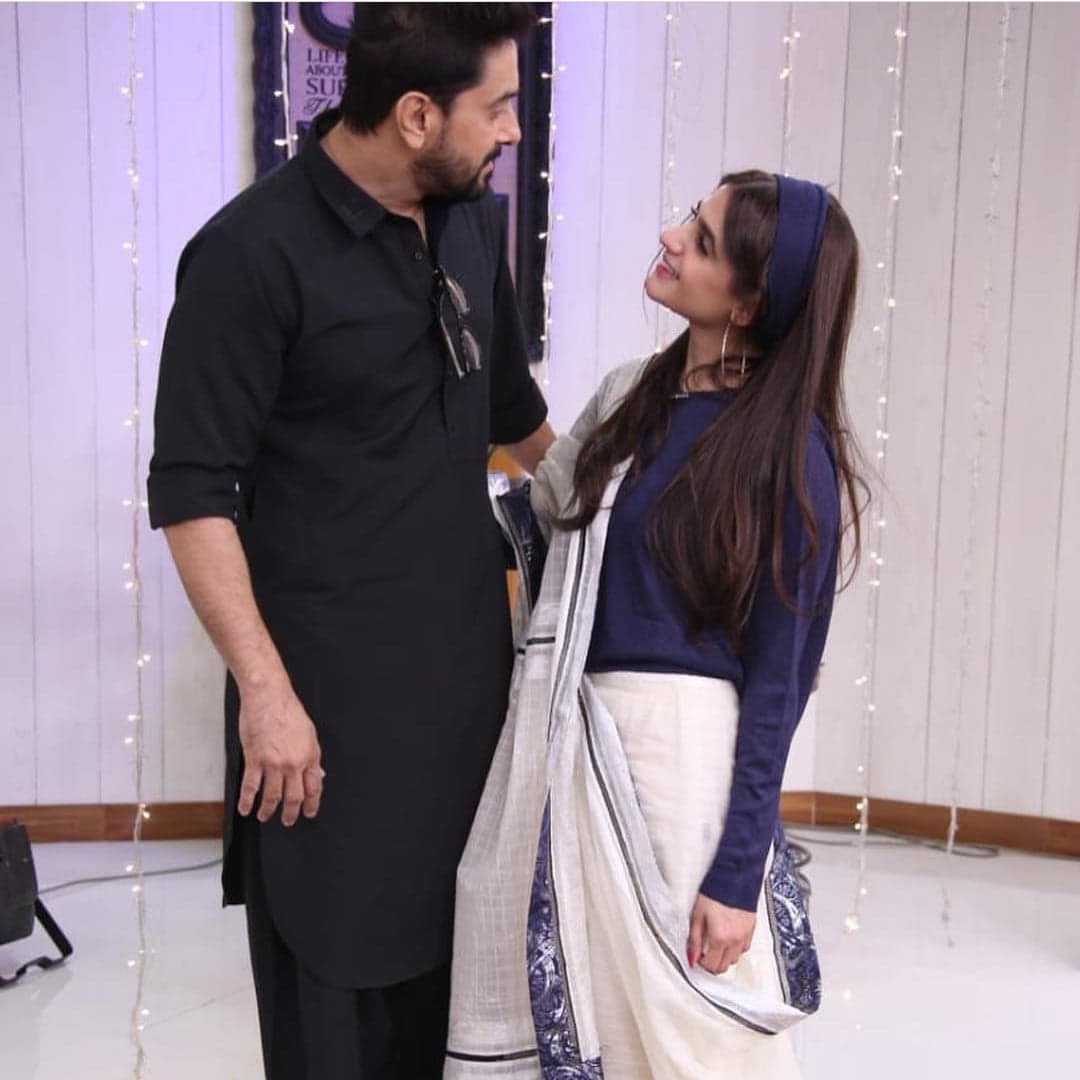 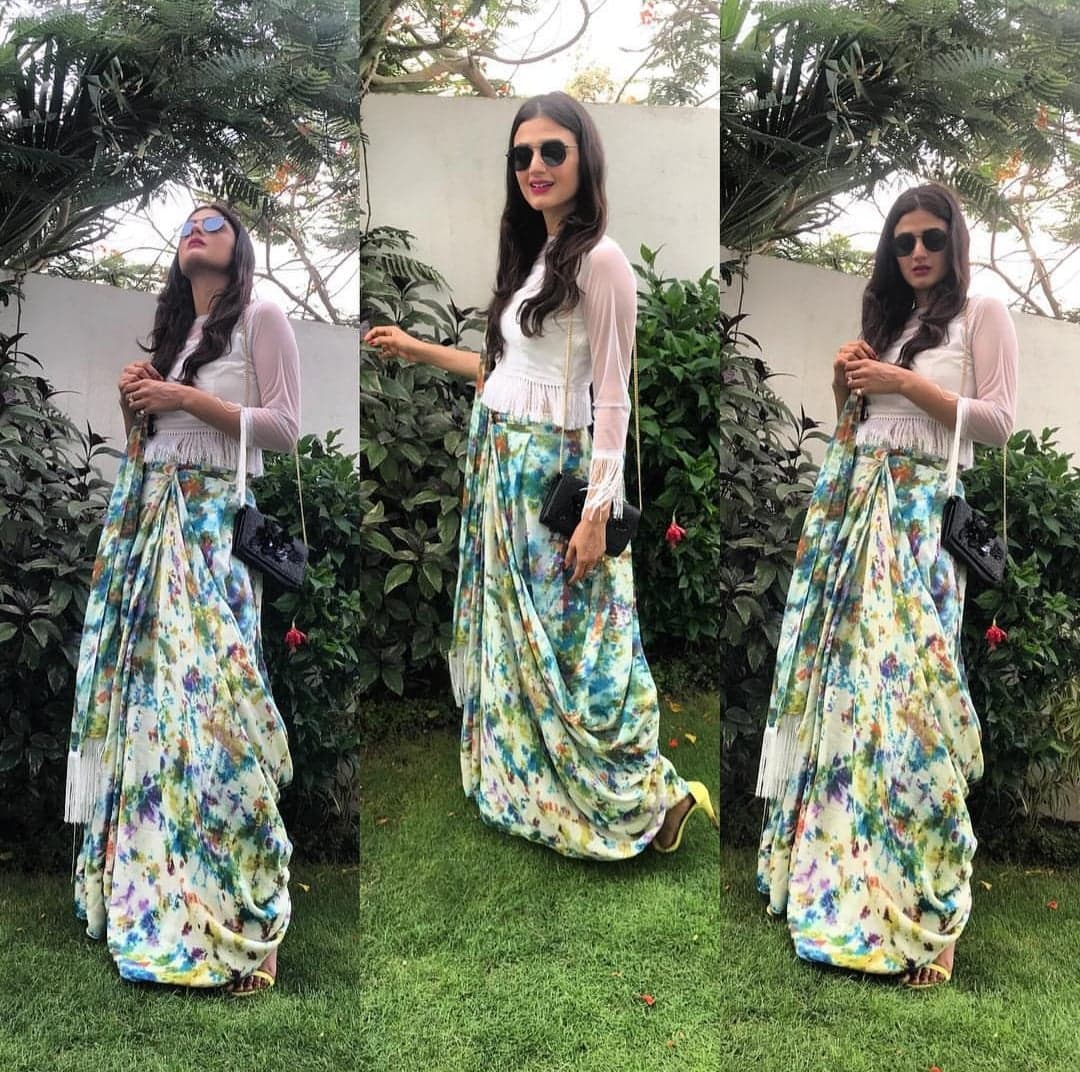 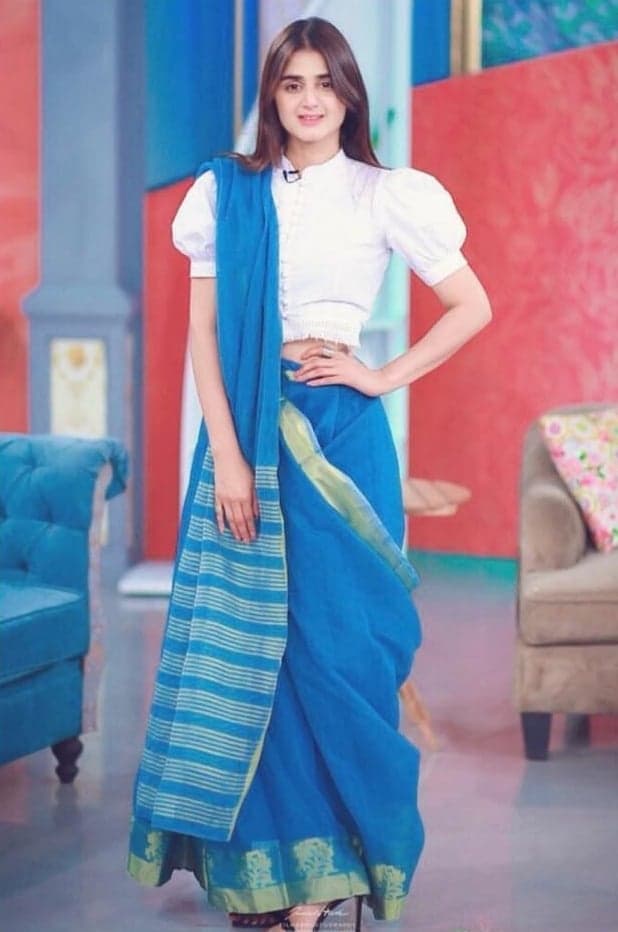 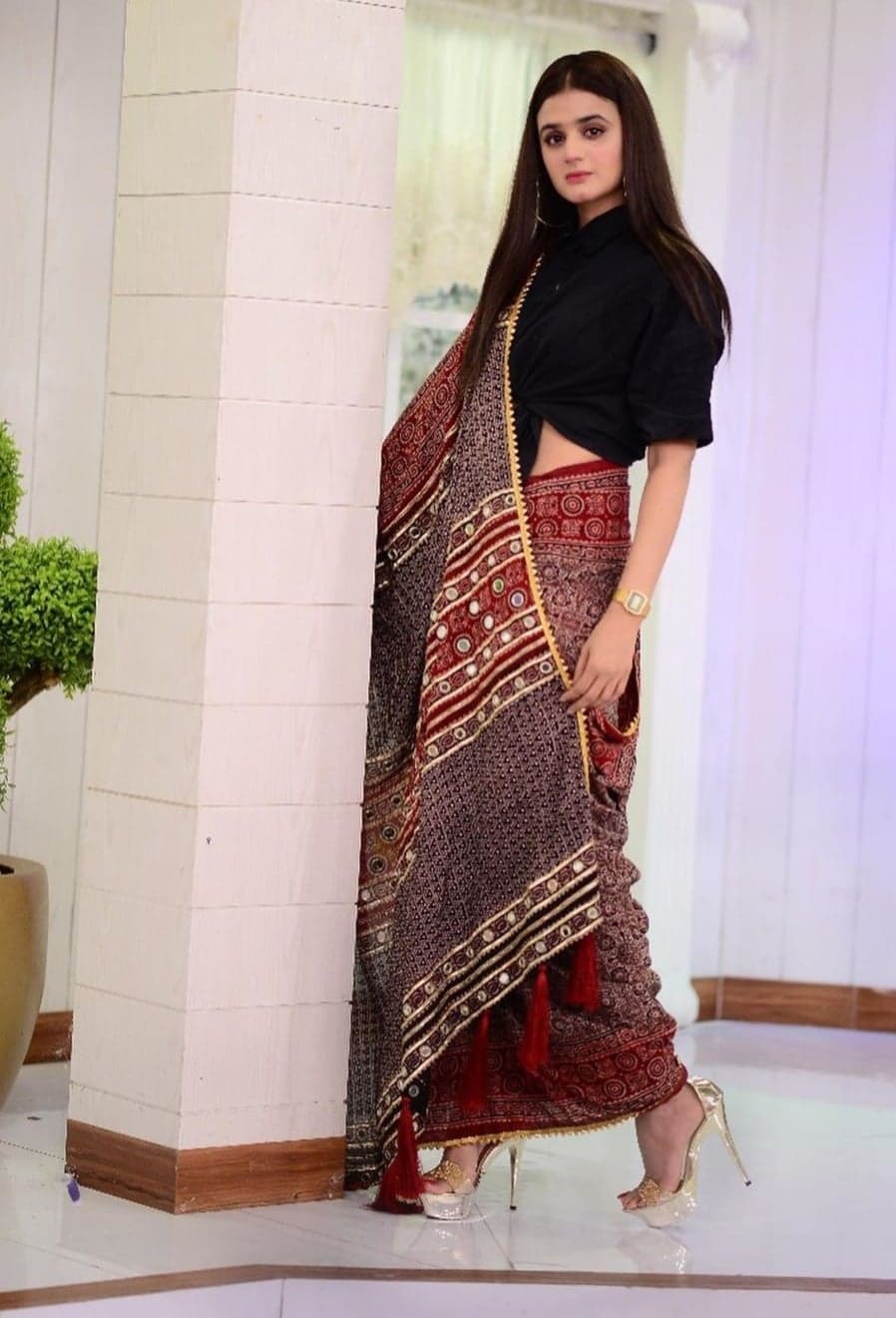 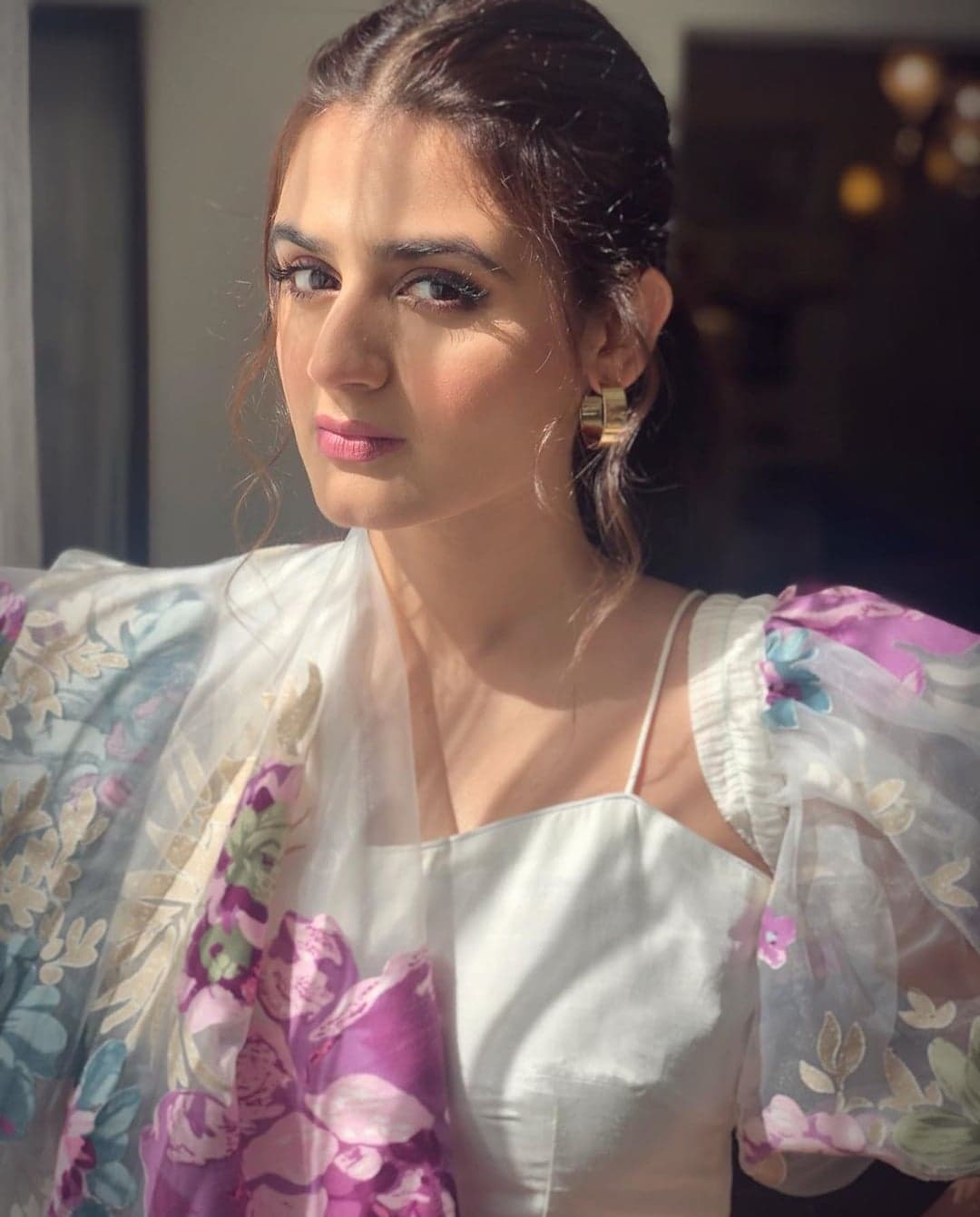 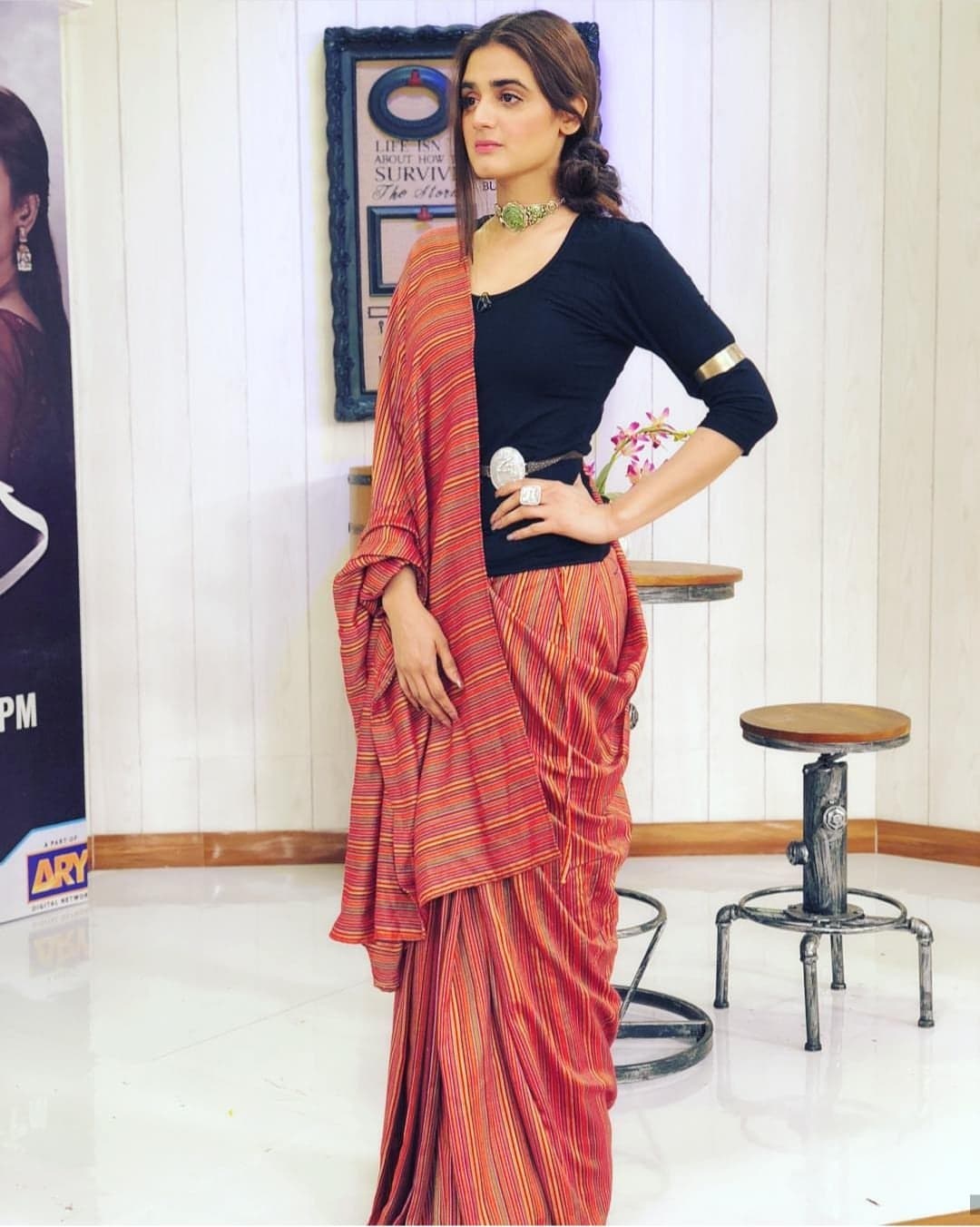 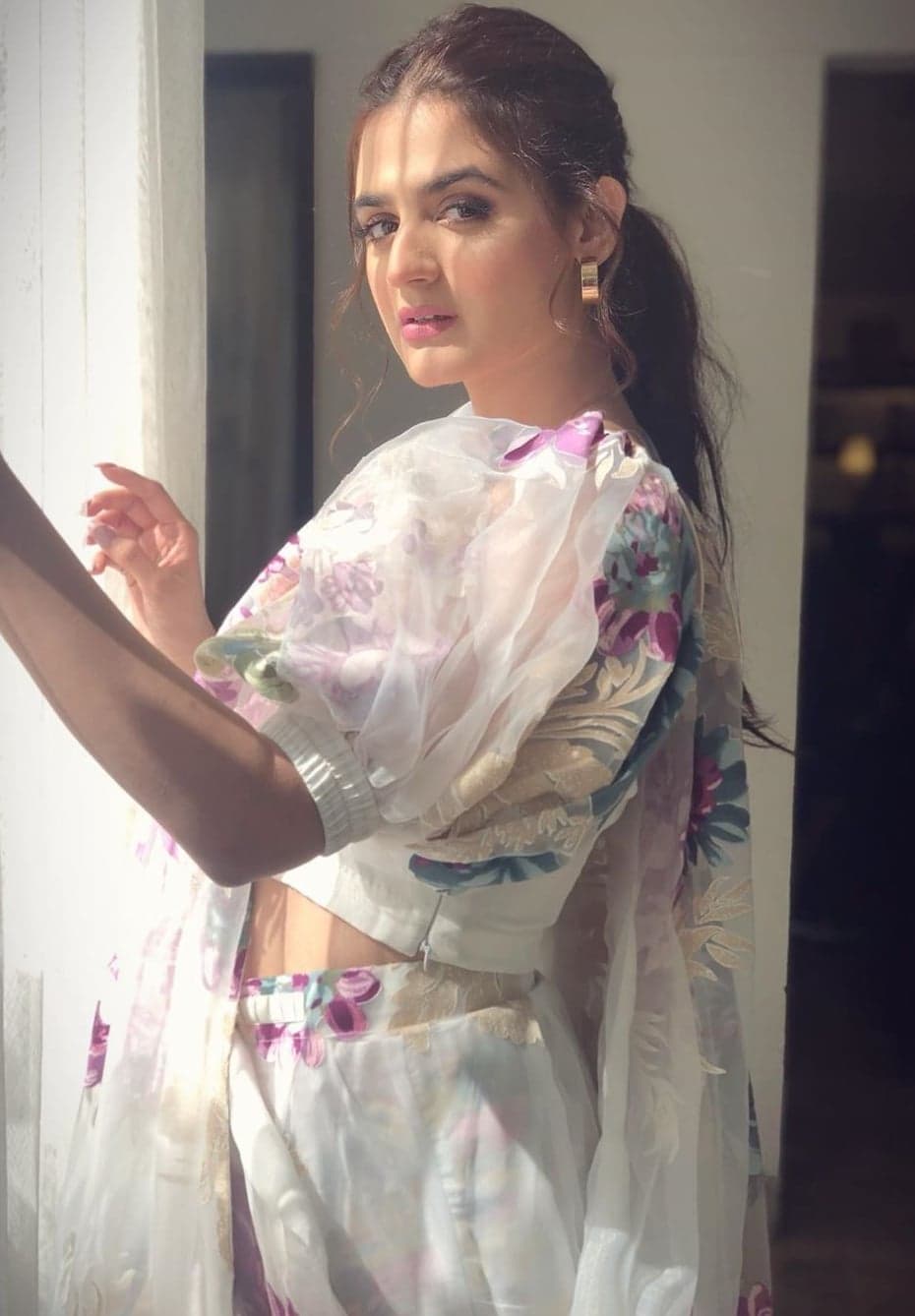 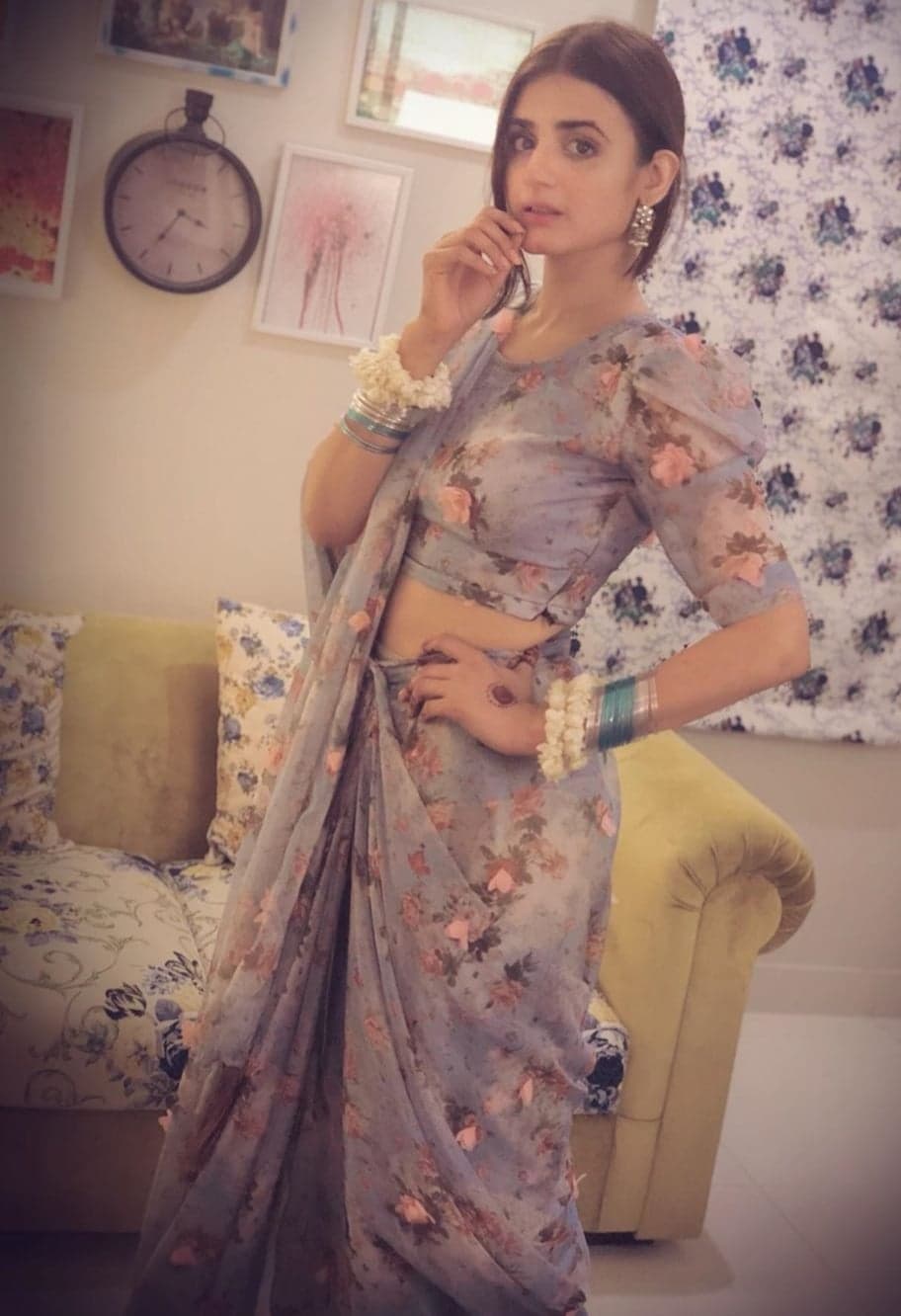 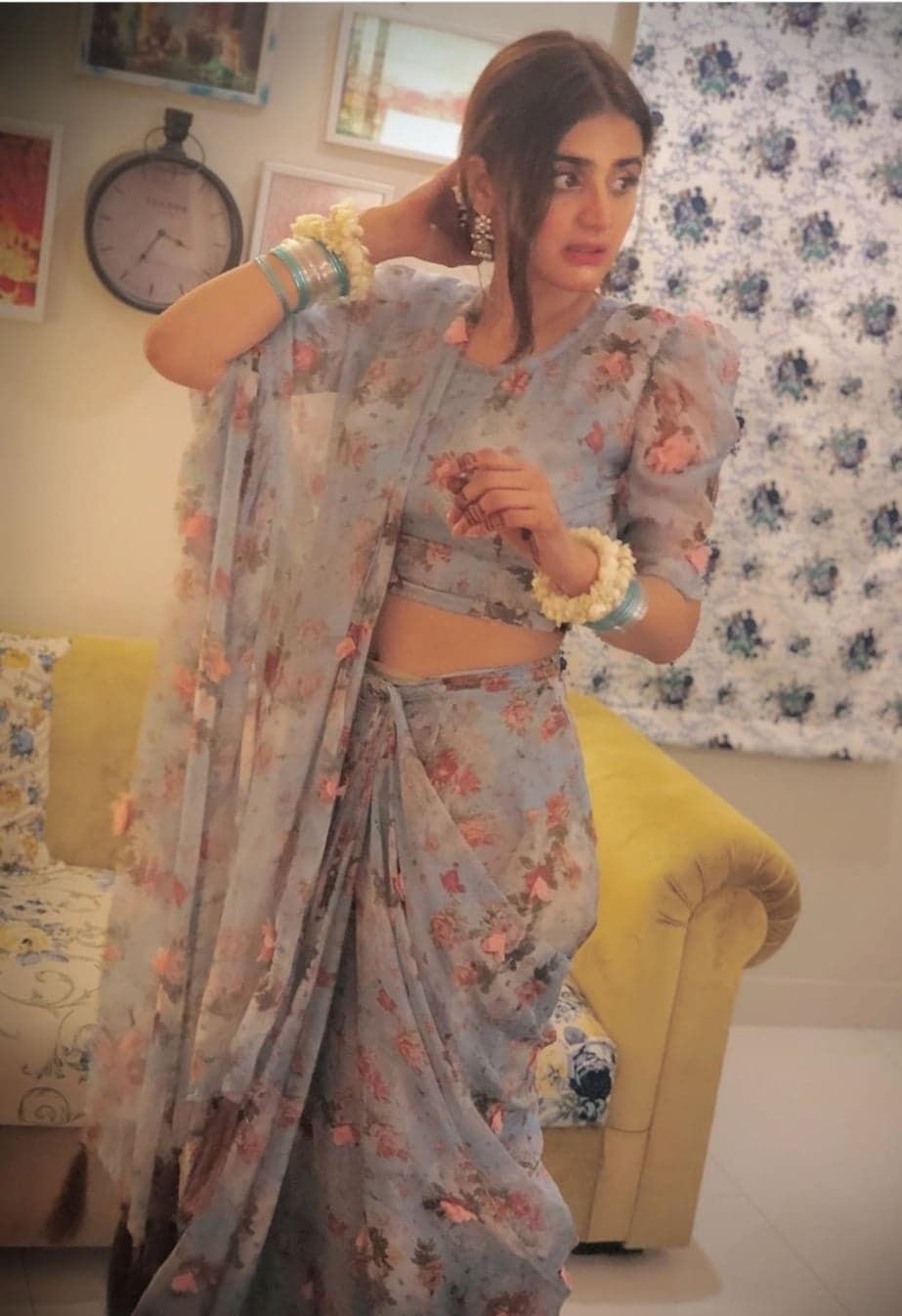 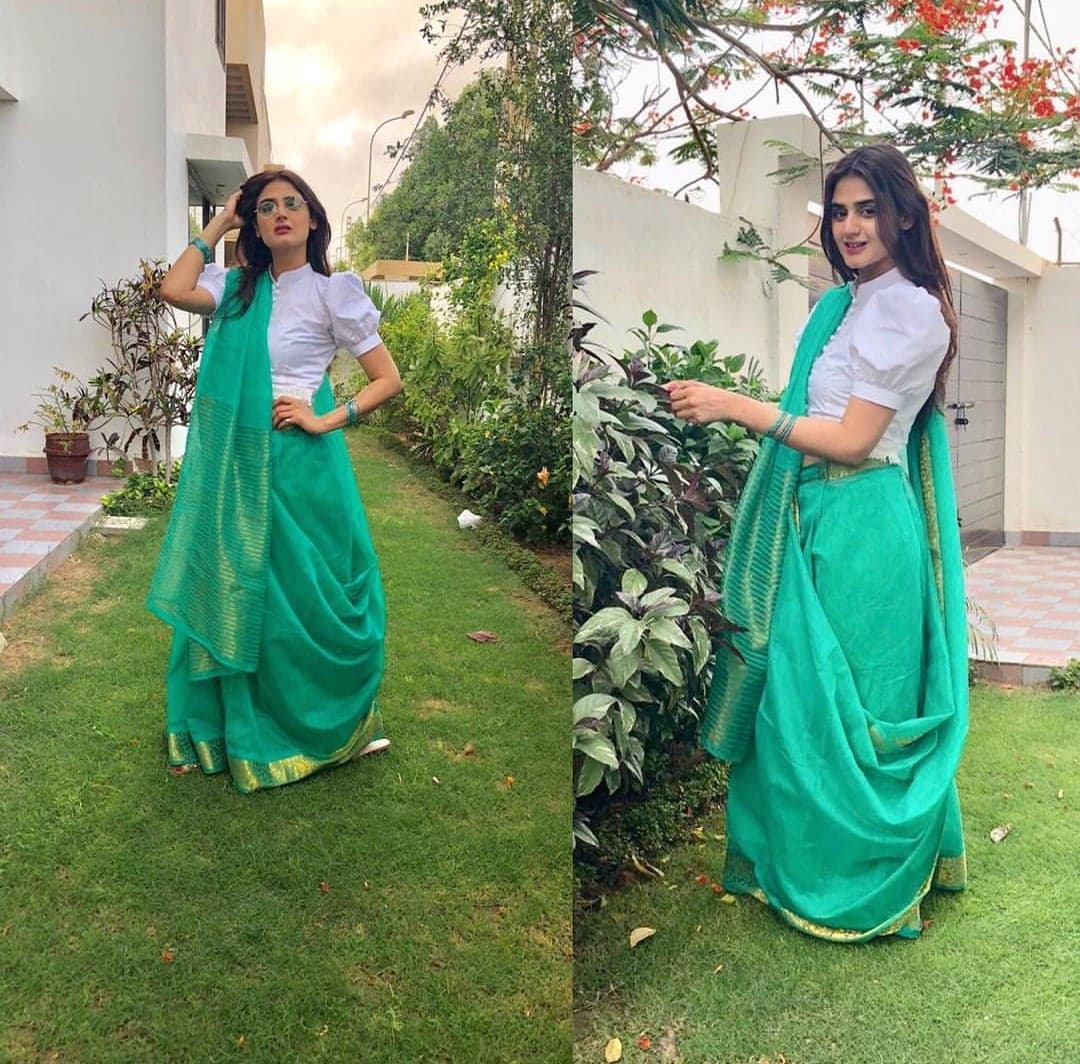 Those Rare Times When She Did Look Nice In a Saree: 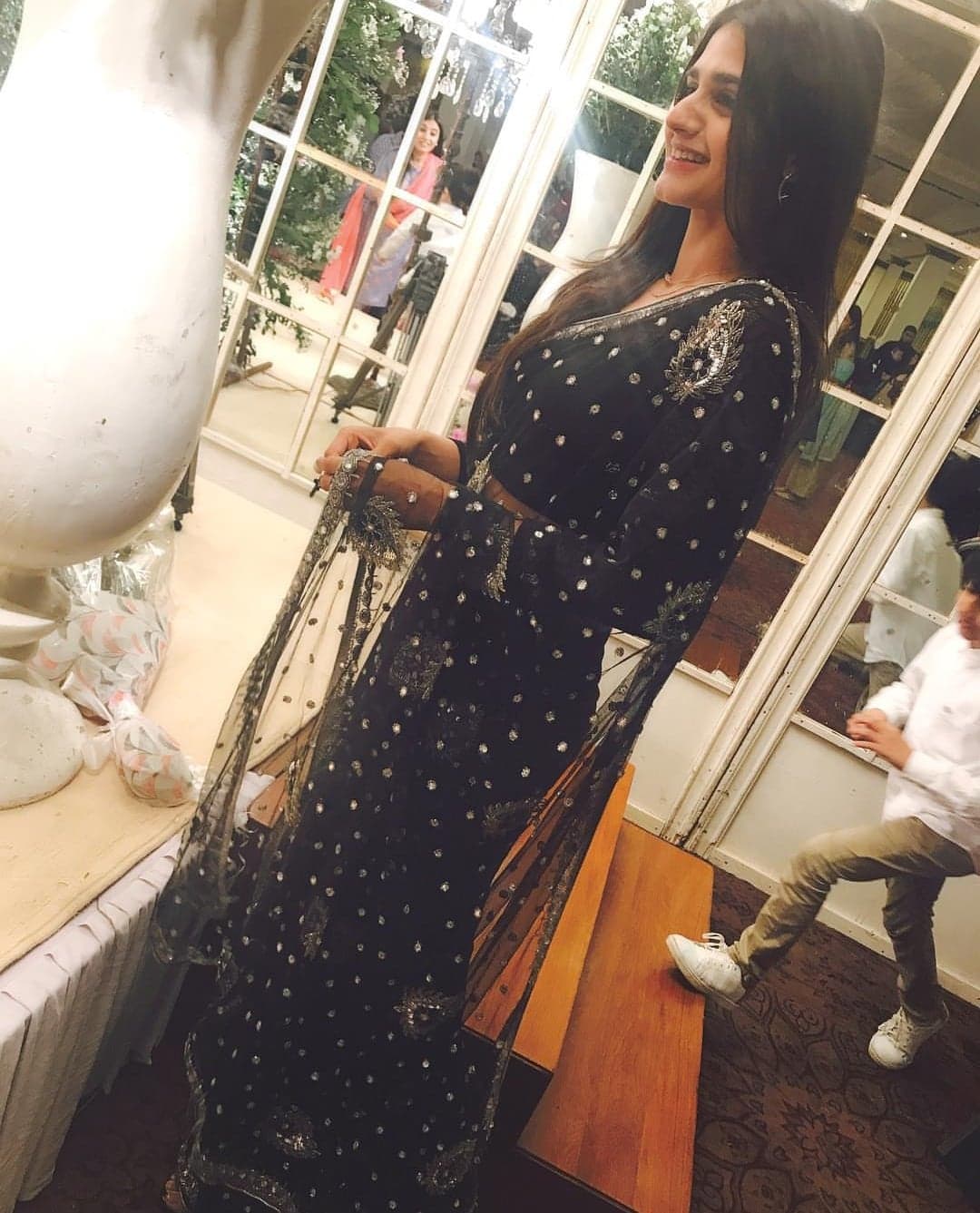 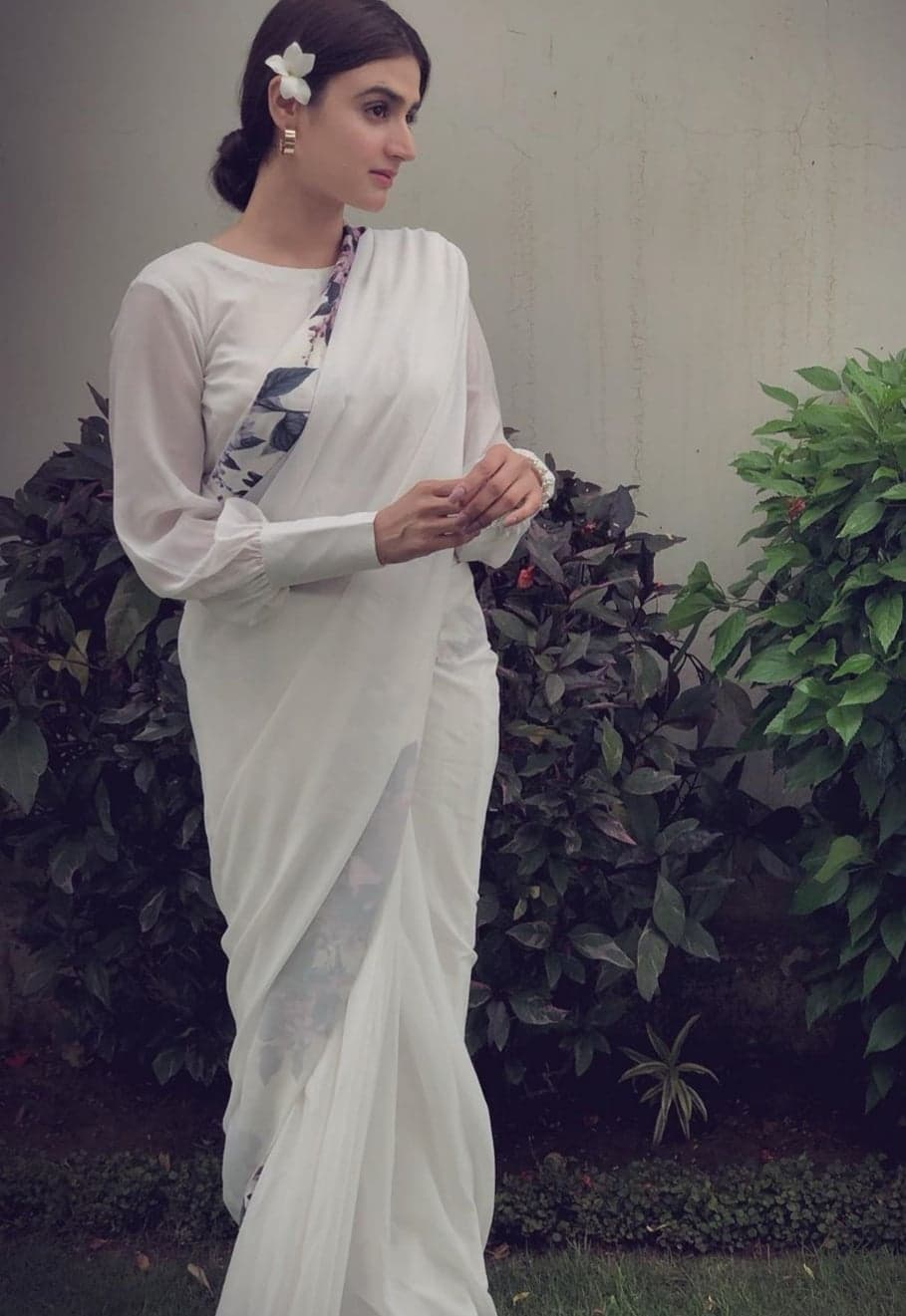 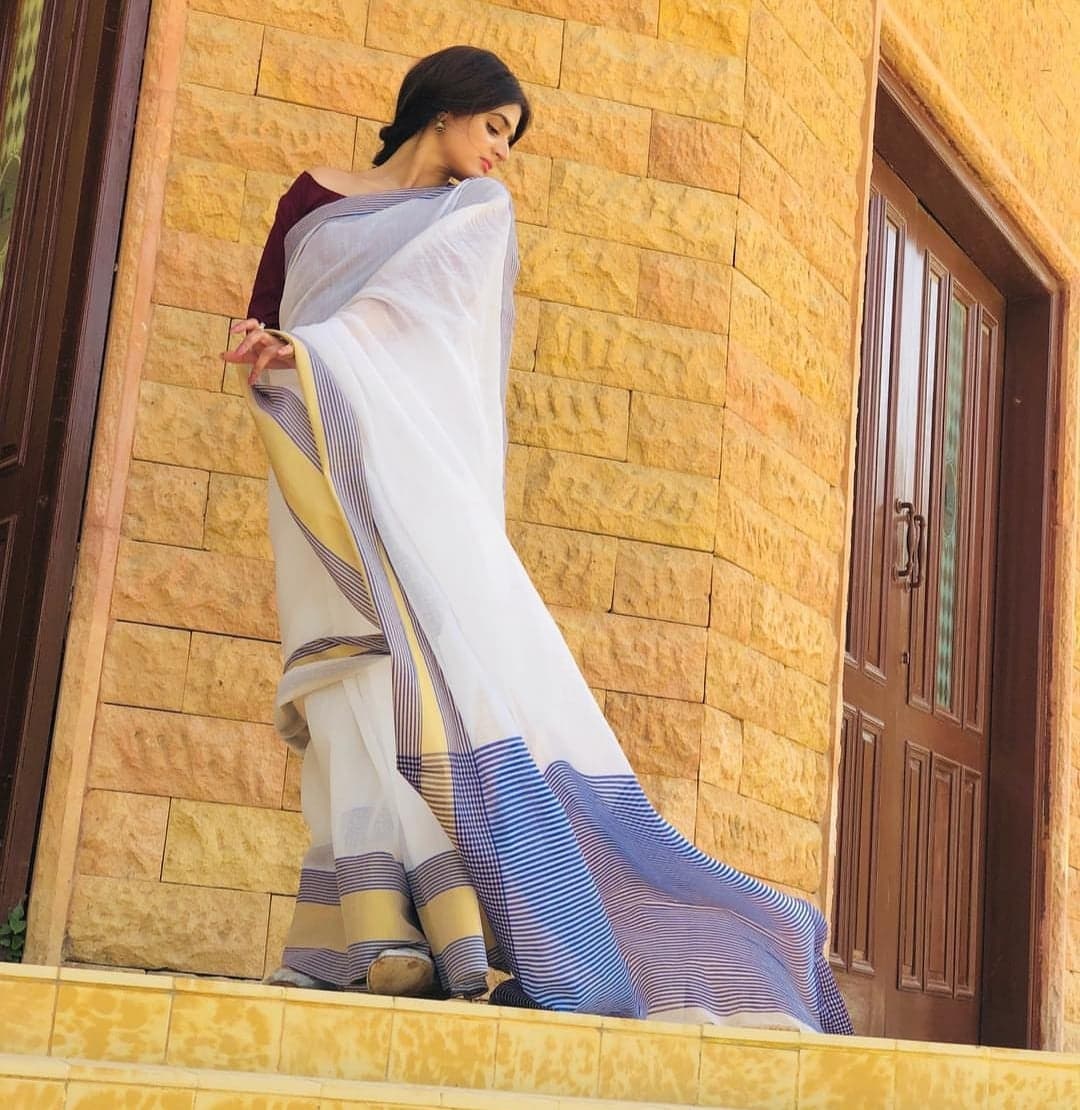 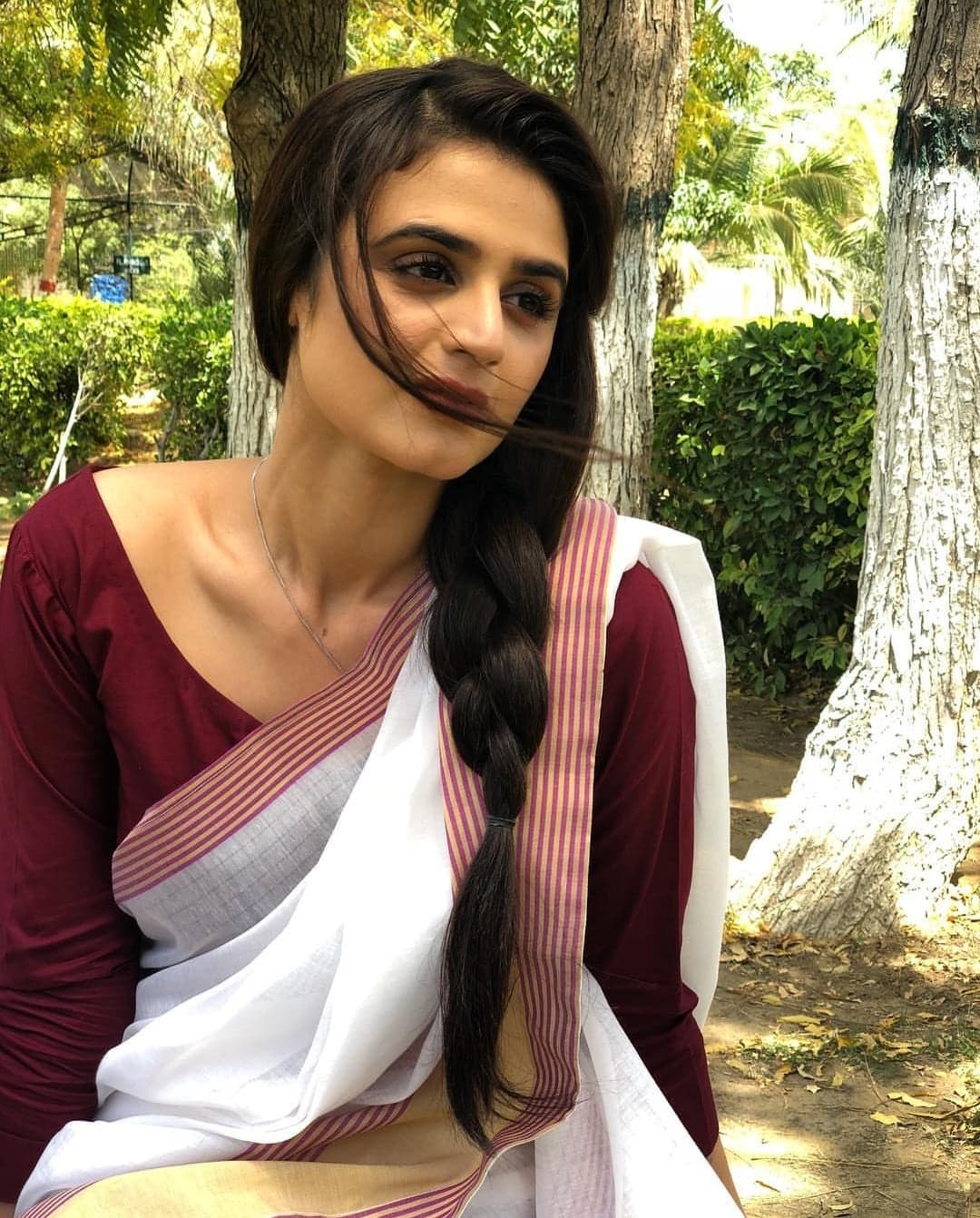