The Indian media caught Ranbir Kapoor and Iman Ali spending a night out together when they were coming out of a private place. When the two stars found out that the media was outside they decided to go their different ways. Ranbir Kapoor left in his car and Pakistani actress Iman Ali left in an auto rickshaw while she was hiding her face. Imtiaz Ali was also seen leaving the same building with them.

The Indian media is buzzing with this news and people are wondering what these two actors were doing together. Are they working on a project? Are they friends? Or are they more than just friends? 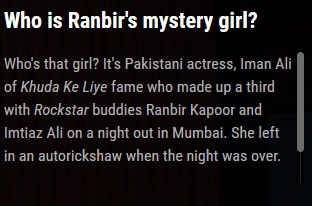 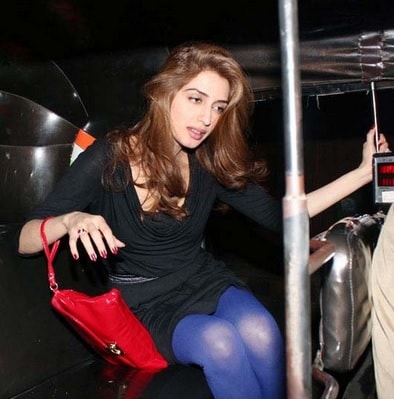 The Indian media is also questioning if Imtiaz Ali and Iman Ali are having an affair because they were spotted together before too. Imtiaz Ali is married and the rumor is that he is trying to find an apartment for Iman Ali but his marital status is coming in the way of doing so.

Here are images from the video clip that is circulating on Indian media. 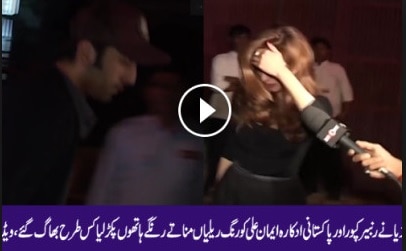