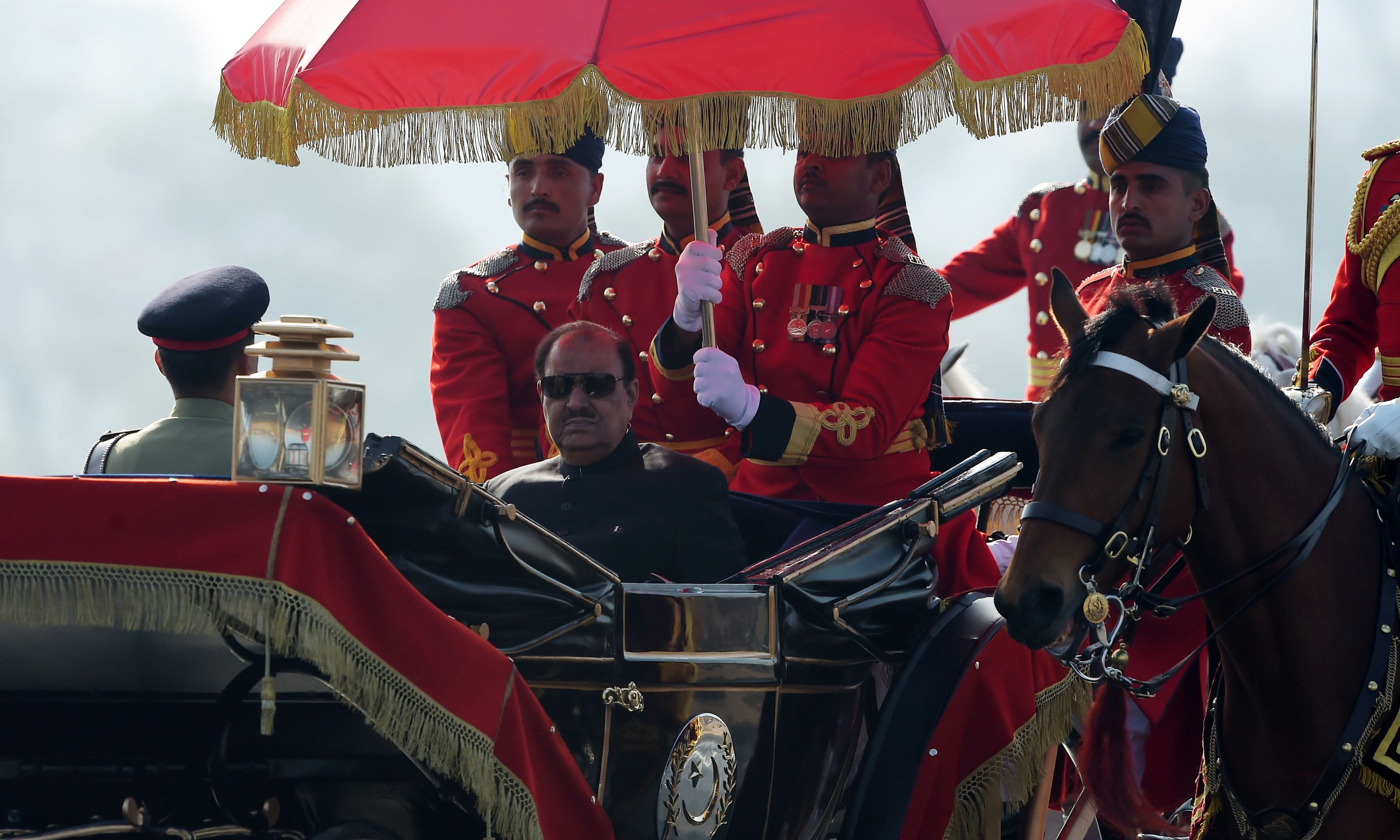 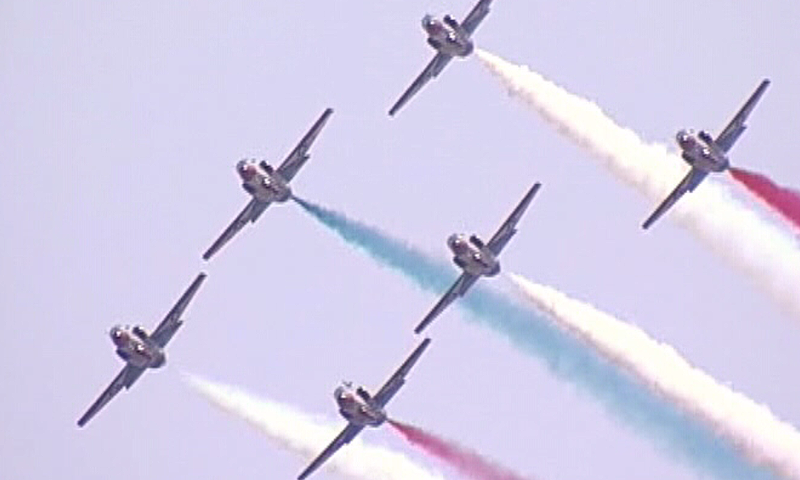 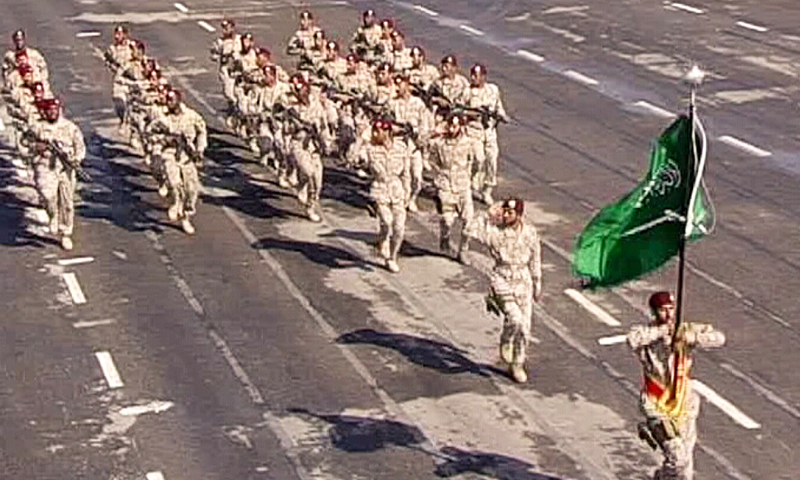 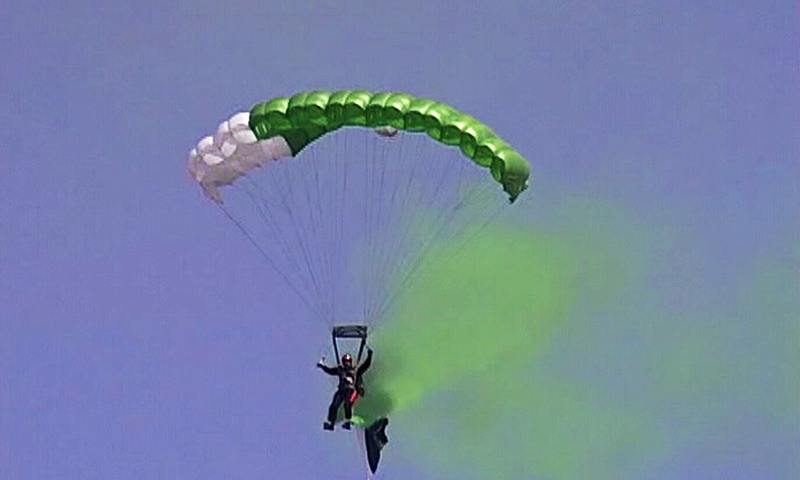 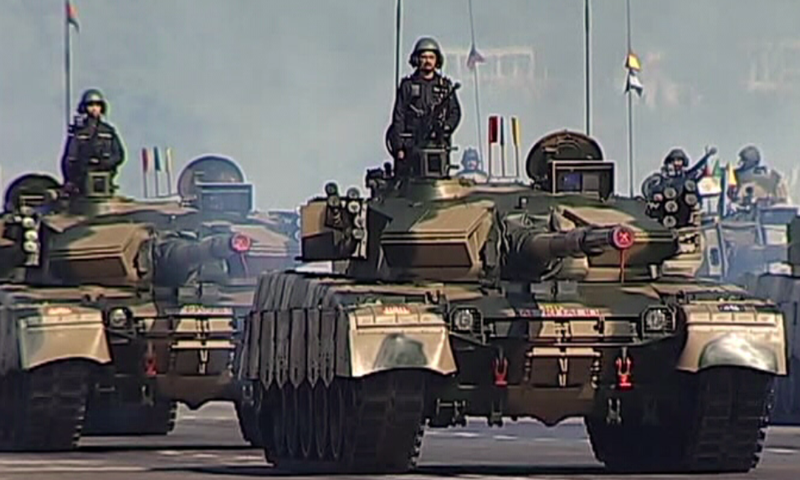 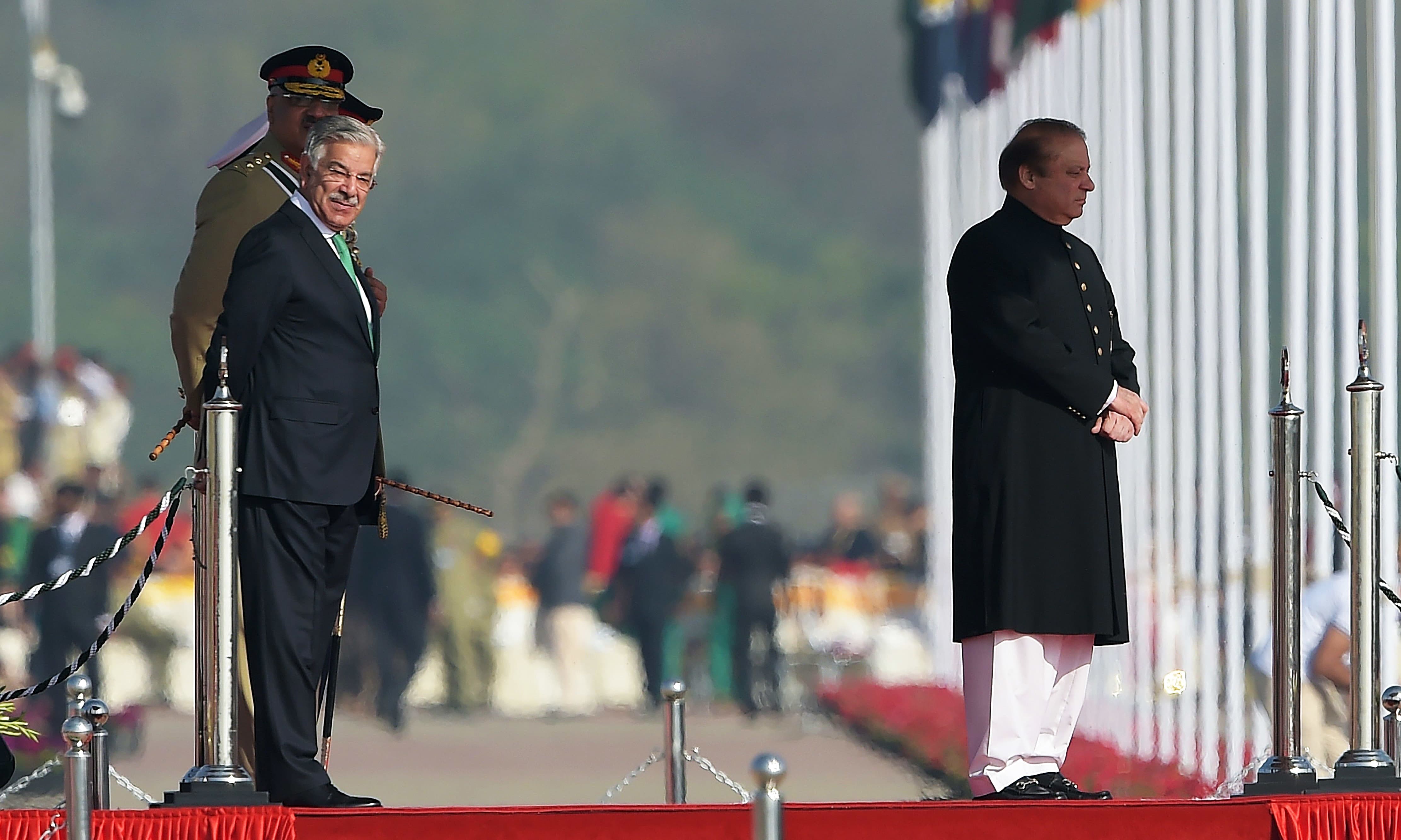 The ceremony started with the singing of the national anthem which was followed by the president observing the parade from a jeep.

Chinese and Saudi troops and a Turkish military band also featured at the event.