Fawad khan the heartthrob turned 35 on 29th November. He made his film debut with a supporting role in a Pakistani movie ‘Khuda Kay Liye’, in 2007 which turned out to be hit. He then left a lasting mark on the audience with his captivating looks and brilliant acting skills in dramas like Zindagi Gulzar Hai and Humsafar. 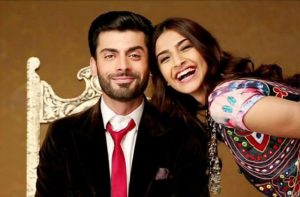 He made his debut in Bollywood,starring opposite Sonam Kapoor in the 2014 rom-com ‘Khoobsurat’, and won the Filmfare Award for Best Male Debut. He has not just received fame in Pakistan but across the border too and girls in no time went gaga over his looks. But due to the rising political tensions between the neighbors, India banned Pakistani artists and content, in return Pakistan banned Indian Content.

To our surprise,an Indian Portal named indianexpress.com had recently given 8 reasons on why they want Fawad Khan Back in Bollywood.

1. He redefined the image of a Bollywood actor, sans any six pack
2. His eyes do the talking
3. He acts with conviction
4. He romances like there is no tomorrow
5. He can even play a guitar
6. And that smile cannot be missed
7. We love his voice, and accent too
8. He can steal the show even in a cameo

Here is the link to the official Website:  http://indianexpress.com/article/entertainment/bollywood/happy-birthday-fawad-khan-pakistani-actor-back-in-india-bollywood-4401243/